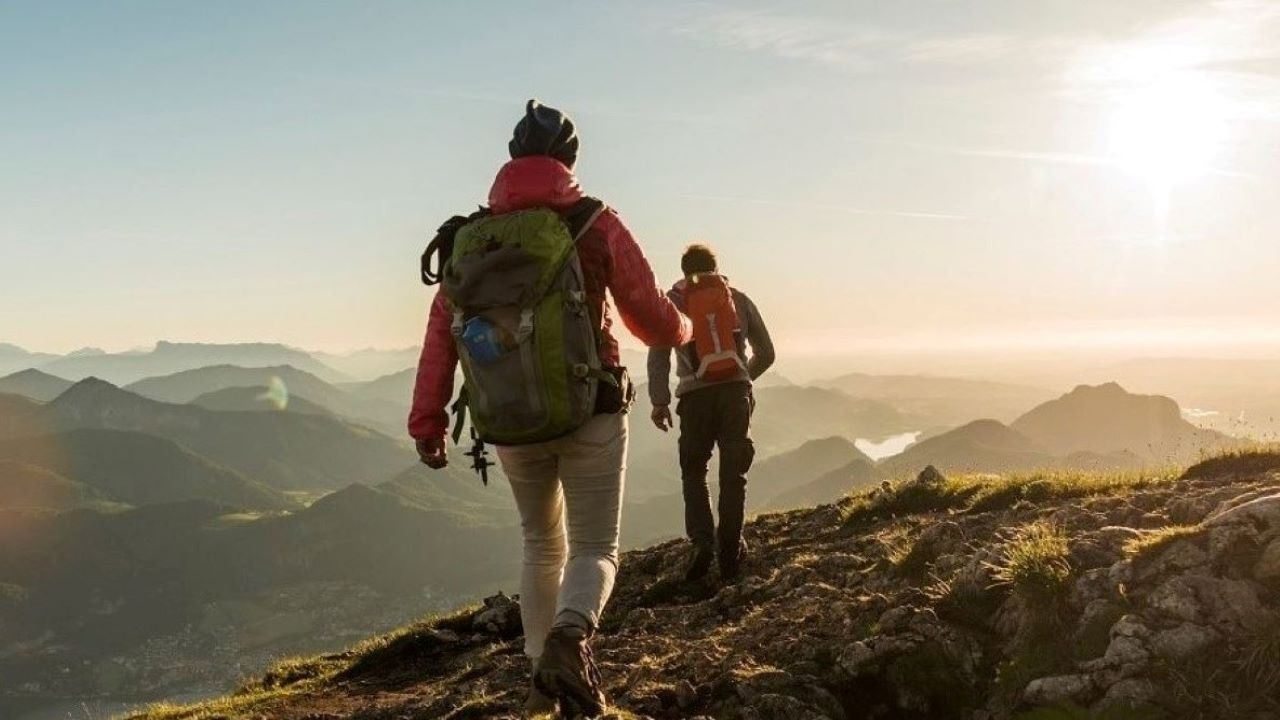 A walking holiday in the United Kingdom has long been one of the best ways to take in the country's breathtaking scenery. When visiting Edinburgh, enjoy the panorama from Arthur’s Seat in Holyrood Park. Your short climb up these ancient volcanic remains will be rewarded with spectacular views of Edinburgh, Leith, and the Firth of Forth to Fife. The best-known hill in Edinburgh is Castle Rock, occupied by humans since at least the Iron Age and since the 11th century, the site of historic Edinburgh Castle.
First settled in 76 AD by the Romans, Manchester in northwest England stills boasts the ruins of a Roman fort in Castlefield and offers numerous guided walking holidays. Make the city your home base to visit the nearby Peak District.
Dovedale, a nature reserve dominated by ancient ash woodlands, meadows bursting with flowers, and a river that attracts all kinds of wildlife, is less than 50 miles southeast. Don’t miss the stepping stones across the River Dove and check out the area’s natural limestone ravines.

Whatever walking holiday you choose, always include ALL in your travel plans: We have comfortable and stylish hotels in all the UK’s most desired areas for walking holidays.

Here are some more ideas for UK walking holidays :

Stanage Edge in England’s Peak District is a 1500-ft gritstone cliff that attracts rock climbers and runners. Once, Stanard Edge was quarried to produce grindstones. The area has been featured in many films and television series.

Located on the English Channel in the county of Dorset, West Lulworth is a charming village with fewer than 300 households and a wonderful site for a UK walking holiday. It is a gateway to the Jurassic Coast UNESCO World Heritage Site.

The Ventnor Downs on the Isle of Wight rise above Ventnor, a Victorian seaside town. Feral goats control scrub growth on the steep chalk slopes. With dramatic views, abundant wildlife, bluebells, butterflies, and many UK walking paths and trails.

This cliff-top path features some of the most beautiful North York Moors heritage coastlines for seven miles. The path is easy to follow. Once you reach Robin Hood’s Bay, those wanting a longer trek can follow the Cinder Track, a disused railway.

Scotland’s most popular long-distance walk, West Highland Way, extends 96 miles from Milngavie to Fort William. The entire length takes 6-7 days for most people. Shorter itineraries are available for those wanting a 2-day walking holiday in the UK.

Book now
SEE MORE HOTELS
*Prices start from, based on a one night stay in a standard double room for two guests. Supplementary services, breakfast and tourist/city tax are not included. Price observed on all.accor.com within the past 24 hours, for a one night stay within the next eight days, starting tomorrow. Price subject to the hotel conditions, period and availability. Depending on the country, these prices may not include taxes, may include VAT only or may include all taxes (VAT and tourist/city tax). When prices do not include all taxes, the relevant taxes (VAT and tourist/city tax) will be stated in the forthcoming stages of the reservation process. The price is only guaranteed at the time of reservation.