"Travel the French Way" It is with pleasure and excitement to announce that we are reopening our hotel.. Your stay and dinning experience are sure to be safe, yet chic. "Live the French Way" alongside "All Safe" in our nearly refurbished bedrooms.

Discover the French joie de vivre in our newly renovated hotel that create uniquely sophisticated, yet luxury and contemporary experience to guests before their journey. With a direct link to Gatwick Airport's North Terminal, the hotel offers guests the perfect blend of style and convenience, including 2 on-site restaurant, spacious en suite rooms, and easy access to one of London's busiest terminals. The hotel boasts secure on-site parking for guests, helping make your holiday as stress-free as possible.

With a direct link to Gatwick Airport's North Terminal, the hotel offers guests the perfect blend of style and convenience, including on-site restaurant and bar, spacious ensuite rooms and their own car park. Business guests can benefit from 14 different meeting rooms, with space to accommodate up to 300 guests. There's also an on-site gym facility which is free to use for all hotel guests.

Where street meets chic, a café style terrace offering all day dining. Bringing a World of Flavours to your plate!

Vanda is a stylish and elegant eatery situated at the foyer level of Sofitel London Gatwick Hotel offering a smart menu of Pan-Asian cuisine. The restaurant interior design exudes a contemporary yet colonial feel.

The social hub of the hotel, and the perfect place for a coffee, light lunch or dinner and drinks with friends. La Terrasse serves beer, wine, a wide selection of spirits, cocktails, soft drinks and a variety of hot drinks. 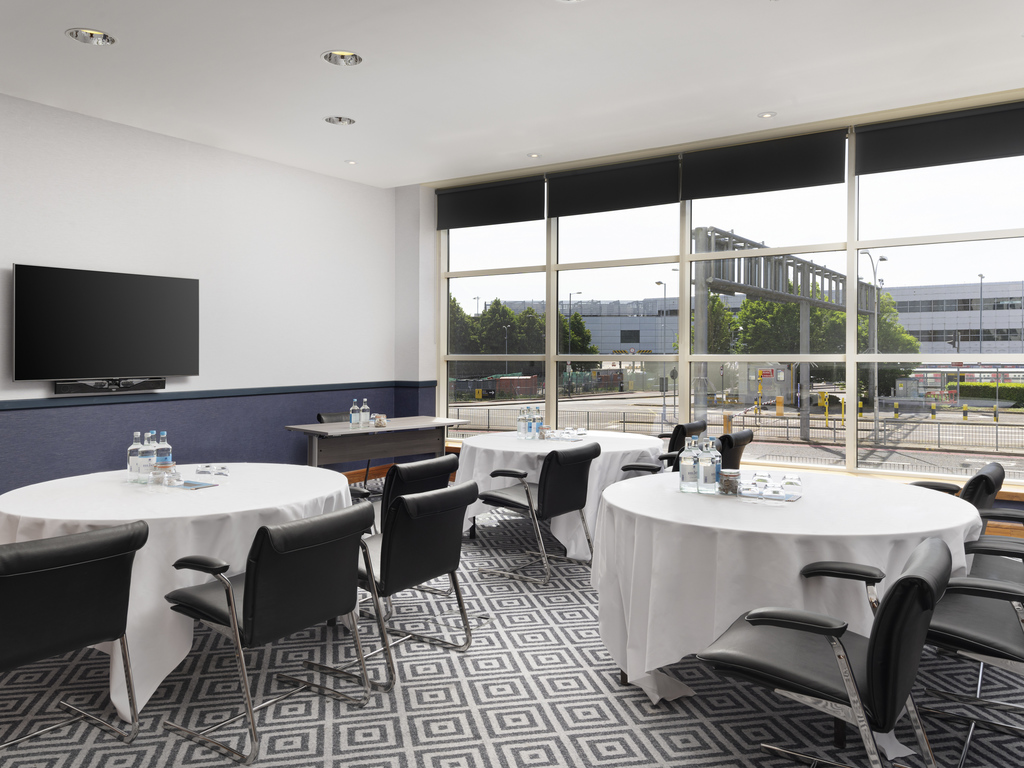 After long travels or meetings, experience the comfort of a luxury bed in 518 luxury Gatwick hotel rooms. Family-friendly, we have cribs and rollaway beds. All rooms have complimentary WiFi. Luxury Club rooms have access to the Sofitel Club Lounge.

We had a lovely night at the Sofitel before flying home despitean overly long check in process whixh was mind bogglingly slow which left us quite disappointed. Deciding to head to the bar for a drink and some food we were well looked after by Stan who was excellent and extremely attentive during the evening! Highly recommend a trip to the bar when you visit for some excellent service and good selection of drinks and food!

Hello M8599FTcharlotteb, Thank you so much for taking the time out in leaving a feedback about your recent stay with us. We are very happy to hear that you enjoyed using our facilities. Your feedback means a lot and will be passed on to the team and Stan directly. . We hope you have a safe flight and enjoy your holiday. A pleasure having you staying with us again. Kind regards,

Just not worth the money. 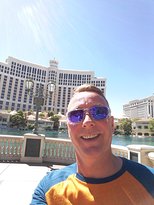 Stayed here for one night on 27/7 as we were flying out of the North terminal at 6am the following morning so, we thought, staying as close as this to the terminal would be the preferred choice. We checked in at 3.45pm and our room was ready (check in is 4.30pm normally) and before heading to our room to freshen up, we took our cases over to the terminal as we were able to drop them off there the night before. After that we went to our room which was modern and clean and had everything we required just for the one night. Dropped off our overnight bag and headed downstairs for a quick drink in the bar and then to La Brasserie for a bite to eat before having to head back up to our room for an early night. Both the bar and La Brasserie were excellent, the staff in both very friendly. After dinner we headed back up to our room and noticed the air-con was on even tho I had turned it off after leaving the room earlier and removed the key card for all the lights. Thought nothing of it, just turned it off at the control panel by the door and went to bed. Ten minutes later, the air-con kicked in again, full blast. Got up checked the control panel and turned it back off. This time it stayed off for at least 20 minutes, but in the silence it created we could hear running water, so I got up thinking maybe the shower or the taps had been left open a tad but nothing wrong there. Noticed that water was constantly running into the toilet pan, meaning that the cistern behind the tiling/panelling must have been overfilling and the internal overflow had kicked in and was emptying into the pan. Now, if we had been due to get up at some leisurely time in the morning, I would almost certainly have rung down to reception to complain about the constant battle with the air-con and the constantly overflowing toilet, but as it was now close to 10pm and we were getting up at stupid o’clock in the morning, we decided the wait for maintenance would just not be worth it if we were to get any sleep. Closing the door to the bathroom somehow made the noise from the toilet even louder so we relied on the faulty air-con, which didn’t let us down, to drown out the noise from the toilet when it kicked in at full blast 15 minutes later. The only reason this has 3 stars (and that is a ridiculously generous rating) are its friendly staff in the bar and La Brasserie and it’s excellent location straight to the terminal. That said, I would never stay at the Sofitel again. To many questions about how the air-con being on when no one was using the room wasn’t checked and, how when the bathroom was cleaned that the overflowing toilet wasn’t picked up? It was like Niagra Falls, not sure how it could be missed. I know we just got unlucky with the room, we could have had the room next door and had no issues at all. But the fact is we didn’t. Never again, sorry.

We stayed for one night at the Sofitel at Gatwick. This was so convienent for both terminals and is great for any early morning flight departures. The hotel was excellent and the room spotlessly clean. There was little or no noise from the runway, of which we had a view of from our bedroom window. The staff were attentive although busy and the food in the restaurant was above average although a little pricey. Overall an Excellent hotel.

Nik gave us a lovely welcome , much better than the Hilton . Booked us in for dinner , made us smile and sorted out a wake up call . Nothing was a problem. The room is clean and fresh and we enjoyed a glass of wine before bed . About to try the Thai restaurant that looks good

Very good, but could improve

The location is excellent, and the public areas are kept spotlessly clean. All the staff we met were professional and friendly, the servers in the brasserie went the extra mile, but for sheer personality, you've got to visit the bar and experience the service there - people would pay good money to watch them in action. Parking was convenient, although paying for it less so - the machine on the ground floor refused to accept payment, so it had to be done at Reception. It was here that I have my only real complaint. The staff were helpful, but their systems were very slow. To give one example, payment could only be made in cash, or by chip and pin. Contactless would definitely speed things up, and make for more contented guests.

Hello Horleylad, Thank you so much for taking the time out in leaving a feedback about your recent stay with us. We are very happy to hear that you had a lovely time with us and that you were able to enjoy using our facilities. We are very sorry for the inconvenience with the parking ticket. We will get this look at as soon as possible. Your feedback means a lot and will be passed on to the team. We hope you have a safe flight and enjoy your holiday. A pleasure having you staying with us again. Kind regards, 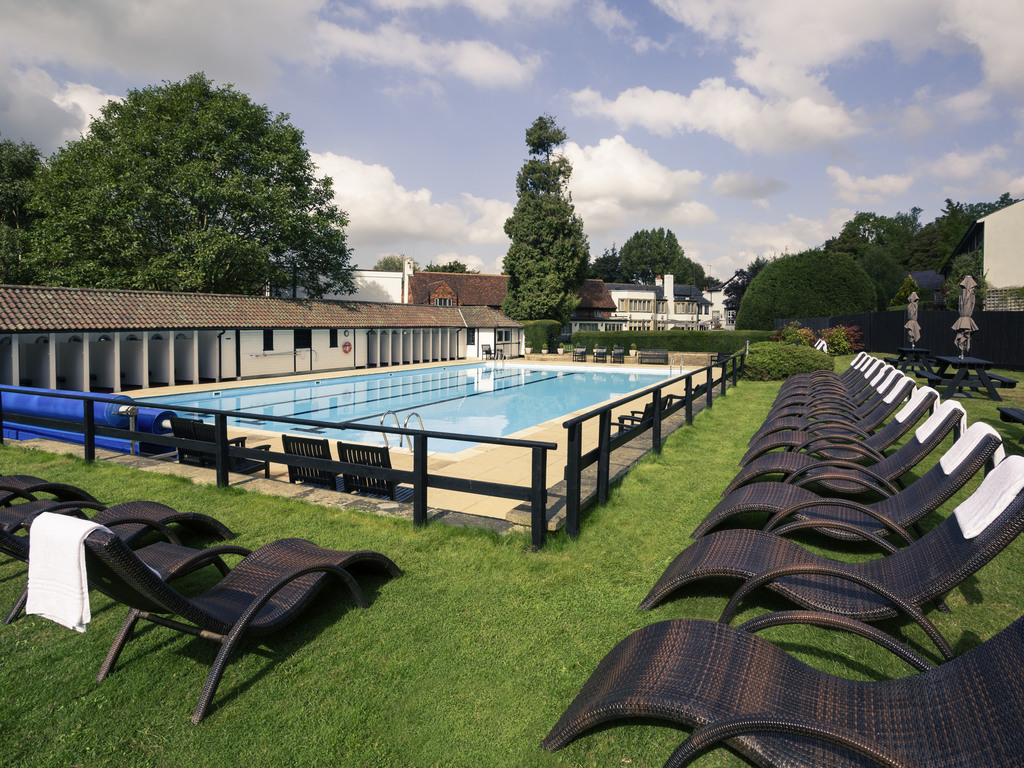 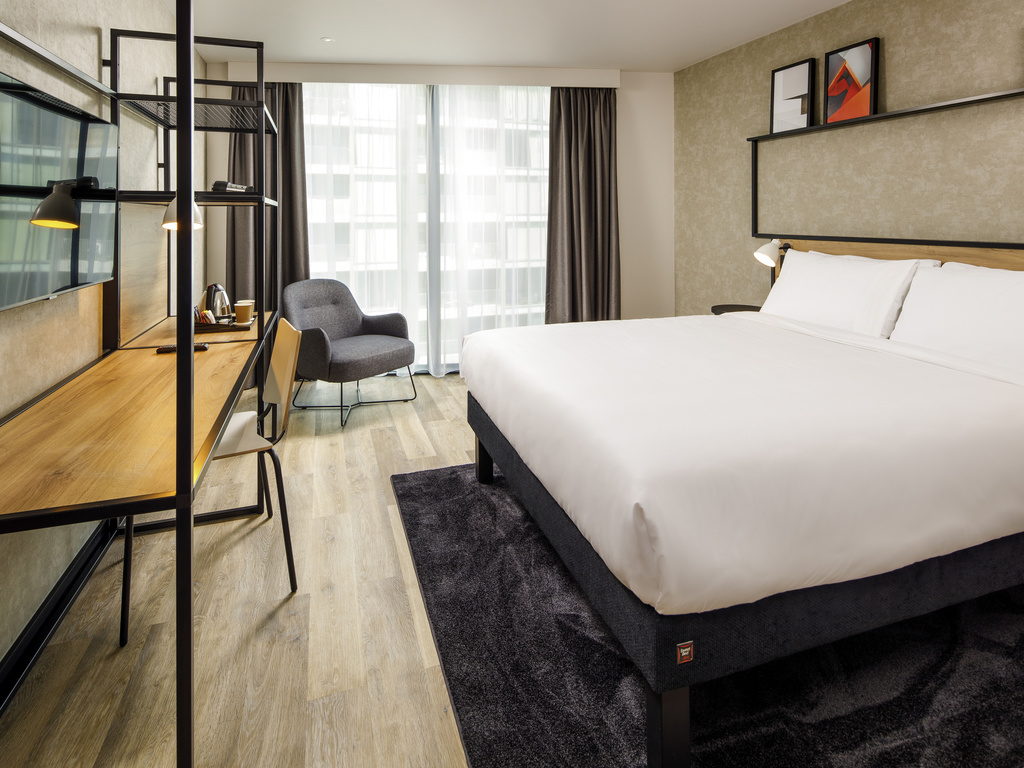 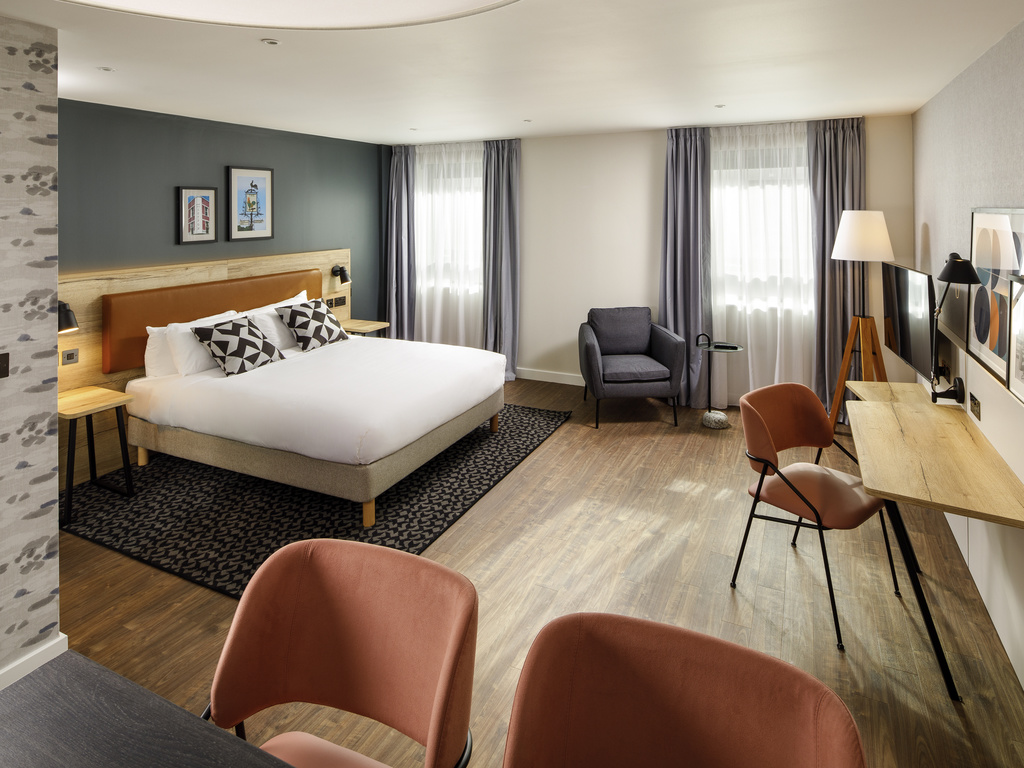 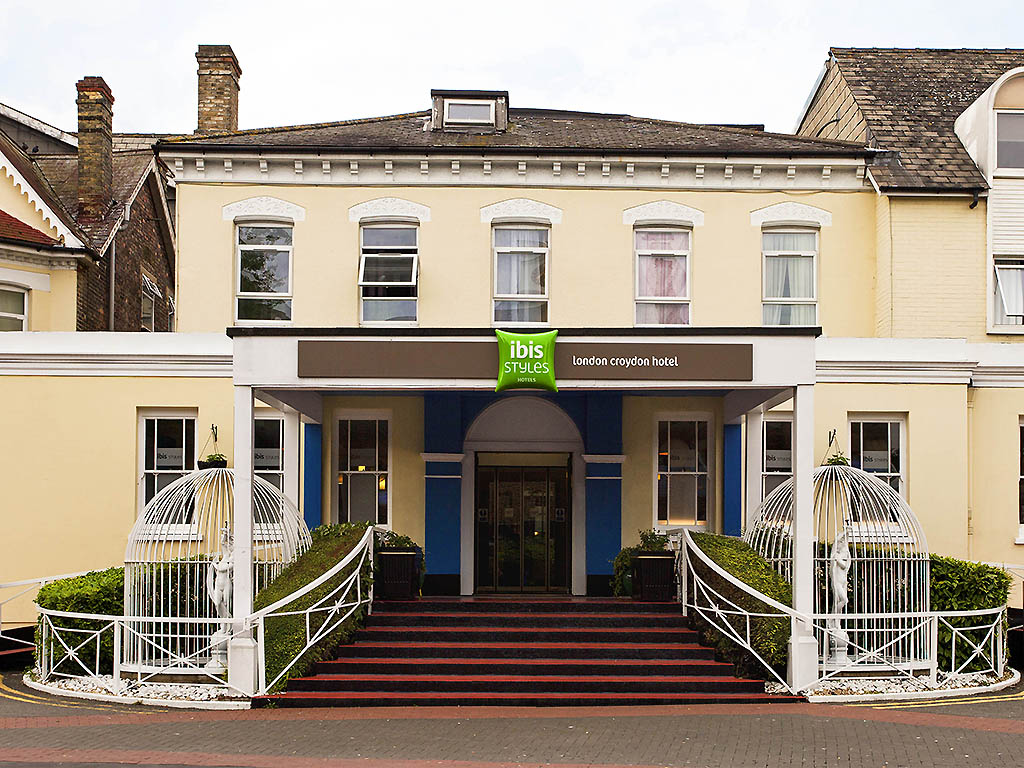