Located 30 minutes from Gold Coast Airport and just minutes away from beautiful Gold Coast beaches, Surfers Paradise, Currumbin Sanctuary, Robina Town Centre, Cbus Stadium and Metricon Stadium. Mercure Gold Coast Resort is perfectly positioned for your visit, whether it's business, leisure or sport. Our family friendly Gold Coast accommodation is also just a short car trip from Australia's best theme parks, so your family will never be short of things to do during your holiday in Queensland.

Mercure Gold Coast resort is one of the best places to stay for a business trip or family getaway. A fantastic family hotel on the Gold Coast, making that long awaited holiday much more affordable and enjoyable. Find out more about the hotel below!

The Green at Mercure Gold Coast Resort is your neighbourhood locale, offering dinner every night with your favourite dishes in a casual dining space. Our Executive Chef is inspired by the warm balmy Queensland weather and it's delicious produce.

Enjoy a range of takeaway items from our seasonal menu and dine in the comfort of your resort room.

The bar provides a range of light snacks and beverages all day.

The Health and Fitness centre is a fully equipped health club with an extensive range of cardio and weight training equipment. 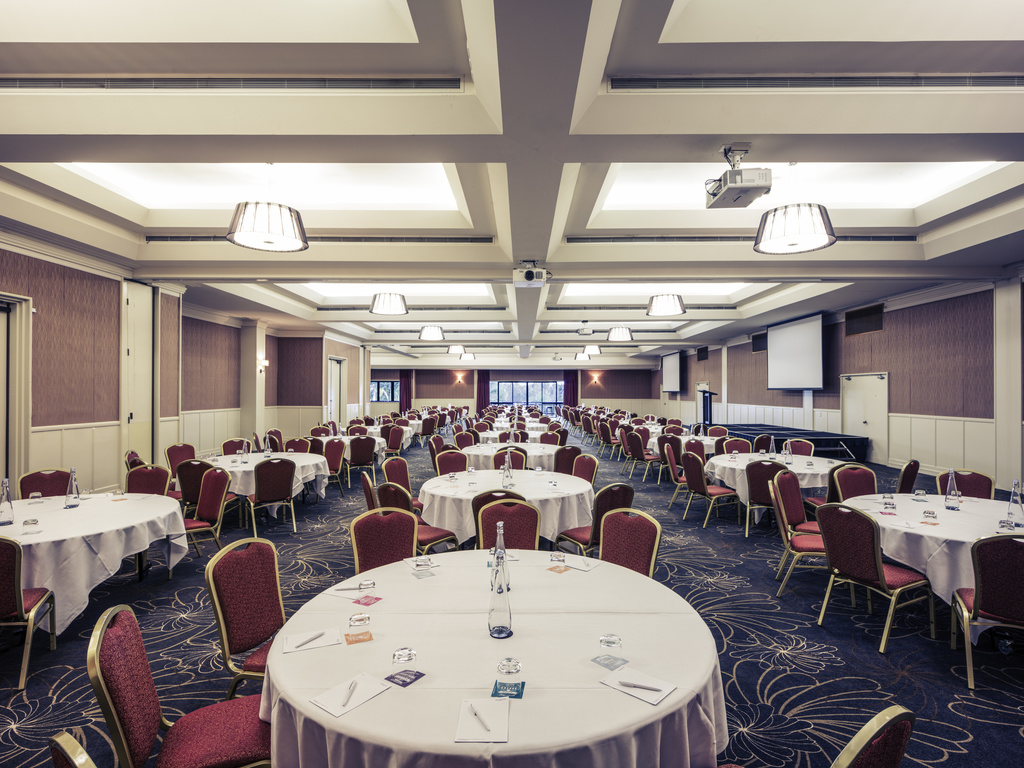 Share your special day with family and friends among the lush surroundings of the resort with sweeping views of the Gold Coast hinterland, creating the perfect ambience. As an all-inclusive venue from pre-wedding delights to the big day.

Mercure Gold Coast Resort's 292 guest rooms are fresh, contemporary and stylish. Guests can find a wide range of accommodation options at this superb resort, in each beautifully appointed and spacious room features an ensuite, a work desk, coffee and tea making facilities and a flat screen TV. Our resort features three story low-rise accommodation, accessible via stairs (no elevators). Should you require a ground floor room, please contact us in advance and we will do our best to accommodate.

Bad room, smelly room. The breakfast was only the good part of the stay. The locations is interior but quiet.

I been there for 3 nights from 28th Jan. Being an Accor member, I was given a complementary night and paid for room and breakfast for 2 nights (B&B). The check-in process was smooth. When entered into room, the room looked old with all old flooring at entrance and damaged at some parts. This was not what expected from the photos displayed. Next morning when we went for breakfast, we were told, as it as complimentary stay, breakfast was not included (Understand as I may have missed to read T&C). After some discussion, the last day breakfast was swapped with complimentary stay. Next morning again, when we went for breakfast, we were told, children's included in our reservation were not included for breakfast and that we need to pay. We were approached at the breakfast table by manager and argued that kids are not included. After lot of discussion and to avoid further humiliation in front of other guest and family, I told the manager to charge the kids breakfast to my room which was later charged to my card. After checkout when I emailed the hotel about the issue, the manager confirmed that indeed it was a system issue and it fell through the cracks and as a goodwill he will refund $15. Why did the manager didn't bother to confirm the reservation before confronting? This behaviour is not acceptable.

Good resort style hotel. A little out of the way so own transport beneficial. Highlight was the swimming pool area. The hotel was better than expected and we had no complaints. We had a package which included food and beverage credits. This worked out to be good value.

great surprise for our visitors

We 'shouted 'our visitors from overseas to a couple of nights here, and they thoroughly enjoyed it. They were quite taken by the relaxed atmosphere and how quiet it as especially when they realised how close they were to all the GC attractions. Will try to do it again for their next visit to Aust.

Dear Mr. R., We very much appreciate your comments regarding your stay at the Mercure Gold Coast Resort. It is always a pleasure to receive positive feedback. I will share your comments with our team. I am sure that this feedback will serve as an encouragement to all of our staff as we strive to continuously improve the quality of our services. Thank you again for sharing your experience, and we hope your next visit will be as pleasant as the previous one. Sincerely, Han Rong Kok Assistant Manager - Front Office

Good place to stay with kids

The $20 room credit is great if you don’t have your room serviced daily. We used this for breakfast on the last day of our stay. The pool is fantastic, sometimes there were pool noodles etc provided for the kids to lay with, other days there weren’t any. We did have an issue with something being moved in our room but the staff were attentive and professional about hearing my concerns and dealing with the issue.

Dear Kelly-Anne M., We very much appreciate your comments regarding your stay at the Mercure Gold Coast Resort. It is always a pleasure to receive positive feedback. I will share your comments with our team. I am sorry that your important medication was taken away during your stay. we will follow up with the team and avoid further occurrence for the future Thank you again for sharing your experience, and we hope your next visit will be as pleasant as the previous one. Sincerely, Yuta Sasaki Assistant Manager - Front Office

We stayed in a 2bd suite and it was large and modern. Having 2 kitchenettes and 3 bathrooms was excellent, though providing a toaster, kettle, microwave, plates, bowls and utensils but no sink was a bit odd. On the 3rd night we found the tea towel and dishwashing liquid but had to ‘wash up’ in the bathroom sink. Have to drive to everywhere - shops, beach etc though the pool, gym, bar and restaurant on site were great.

Dear Tod S., We very much appreciate your comments regarding your stay at the Mercure Gold Coast Resort. It is always a pleasure to receive positive feedback. I will share your comments with our team. I am sure that this feedback will serve as an encouragement to all of our staff as we strive to continuously improve the quality of our services. Thank you again for sharing your experience, and we hope your next visit will be as pleasant as the previous one. Sincerely, Yuta Sasaki Assistant Manager - Front Office

Mantra Broadbeach on the Park 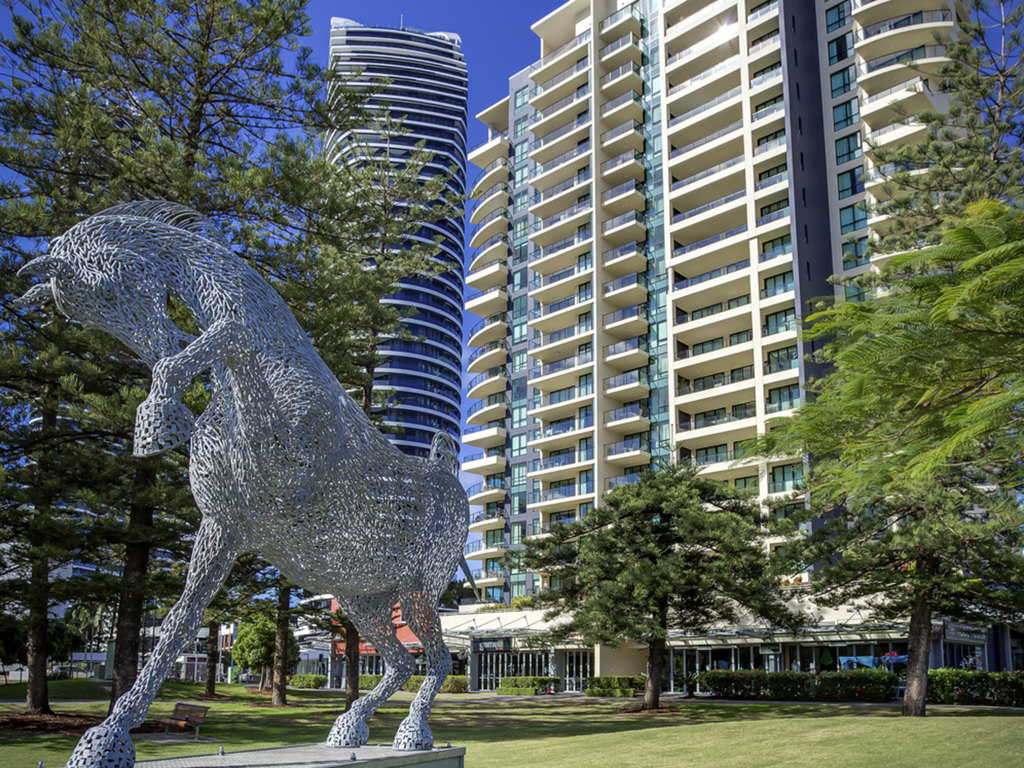 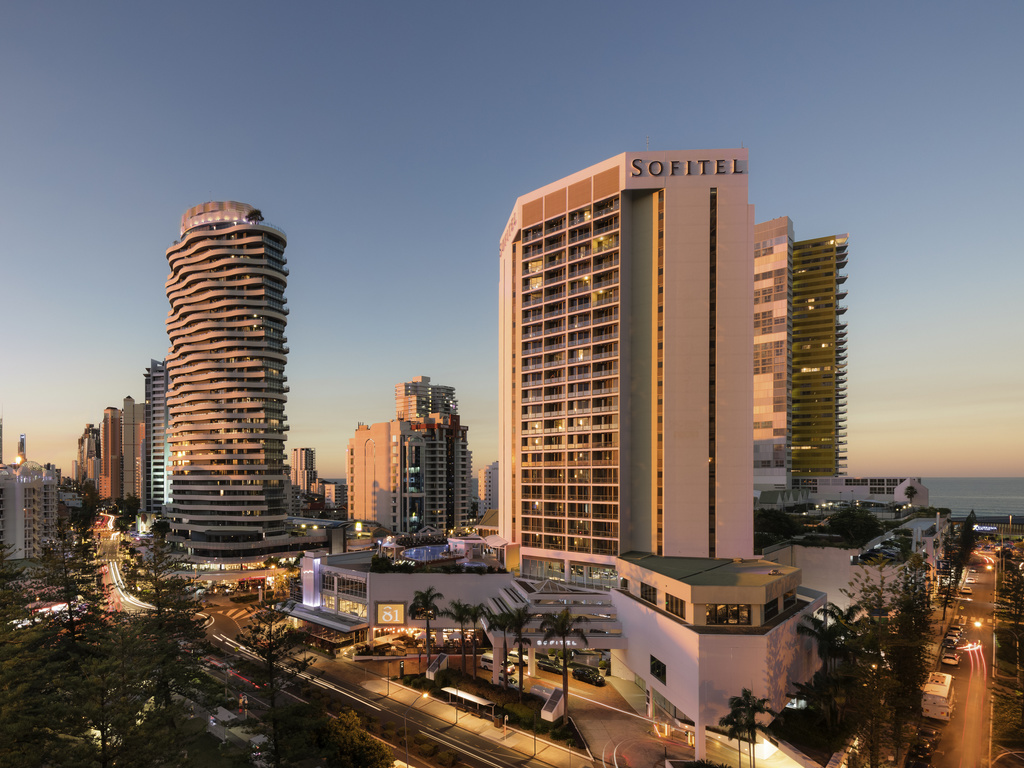 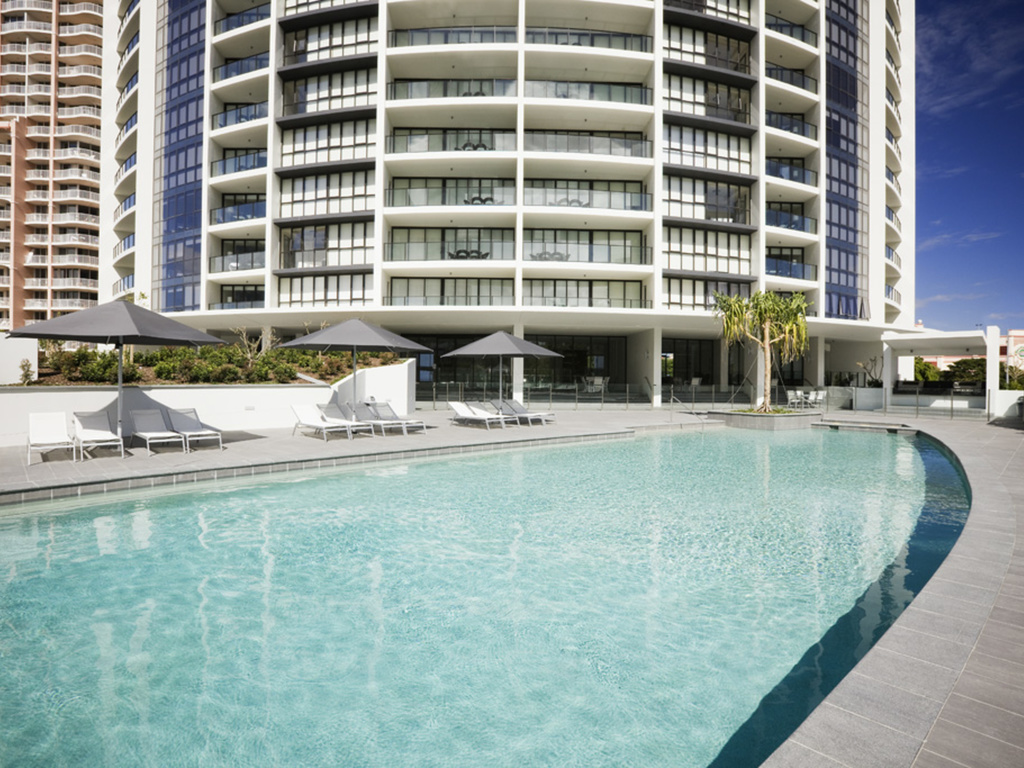 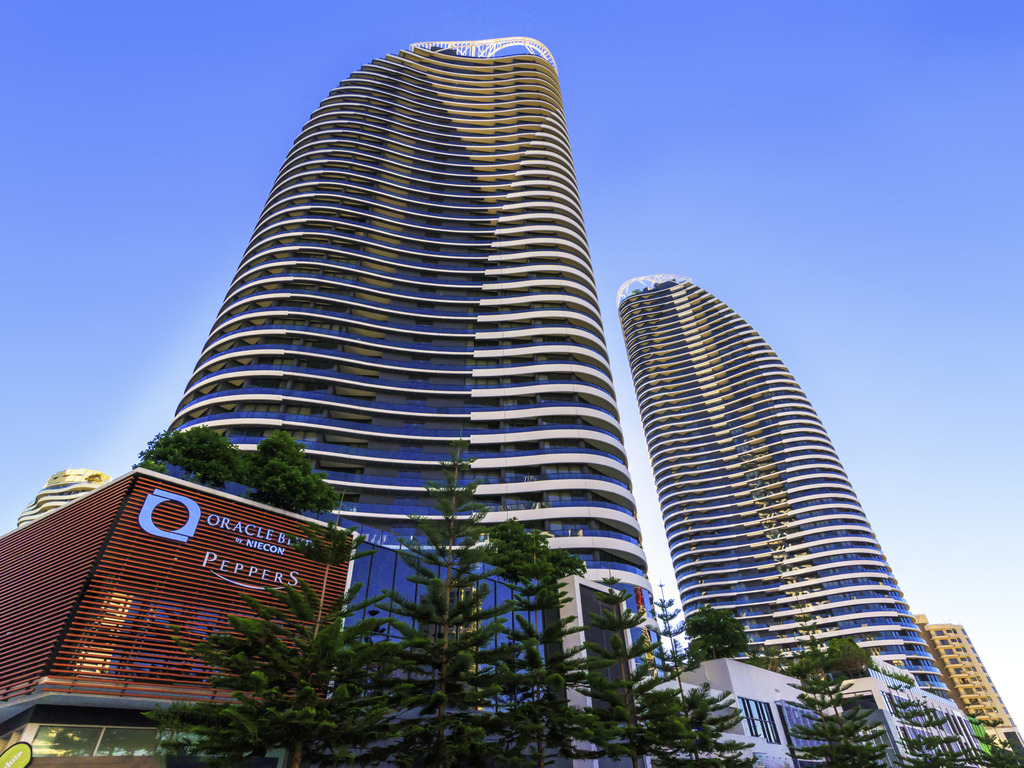 See the hotel
All our hotels in Carrara