All hotels in COURBEVOIE
Information message

We're open and all set for you to have the safest possible stay. Breakfast is available in your bedroom for those without a Sanitary Pass. A Sanitary Pass is mandatory in the hotel to access the restaurant, bar, fitness room and meeting rooms. Our ALLSAFE certificate from Bureau Veritas reflects our new health and protection standards. Benefit from our FLEXIBLE RATES: cancellable up to check-in day.

ibis Paris La Défense Esplanade is labelled ALLSAFE to ensure the implementation of all sanitary measures and accommodate you in the best conditions. My entire team and I look forward to welcoming you!

In the heart of the La Défense business district, the ibis Paris La Défense Centre hotel is ideally situated between the Grande Arche and the Arc de Triomphe. The hotel boasts a restaurant, bar and 286 air-conditioned rooms with free WIFI access. The near by Esplanade de la Défense metro station (line 1), provides easy access to the Porte Maillot convention center, the Champs Elysées and even the 4 Temps shopping mall within 10 minutes.

The hotel is not far from the Champs-Elysées, the Arc de Triomphe and the Porte Maillot convention centre, and is close to the CNIT and the Grande Arche. The Metro line 1 is close by, giving access to the whole of Paris at record-breaking speed. (Station Esplanade de La Defense). Will allow you to move quickly between the Big Arc of The Defense and the main points of interests of the capital: Arc de Triomphe, the Eiffel Tower, the Louvre, Opera and department stores.

Inviting, modern and cozy, with a comfortable bed and a functional bathroom. The ibis room has got everything you need for a pleasant stay.

Old fashioned bistro. Generous cuisine, authentic, warm atmosphere... It's a great place to meet. Open evenings from Sun-Thu. Closed on public holidays and their eves. Closed from 7/17 to 8/30/20

Come and relax in the ibis bar where people come at all times of the day for a bit of me-time. Great staff, room could have been a little cleaner on some part, television was not working, and the pass to enter the room was sometimes not working either. Despite those, pretty comfy bed and nice view.

The hotel is getting old. nice niegbourhood

Site lists parking, but does not offer it. There is a parking garage at the back of the hotel but its over 30 euros a day. The designated area inside for the hotel can't be reached. Light in our room flickered so we got a new one. It was clean. Sockets near the bed would've been nice. Stay was fine but because of the extra 60 euros we had to pay for parking we will definitely not come back. CHANGE IT ON THE WEBSITE!

The rooms were clean and staying overnight was ok. There were some factors I did not like, for example, the personnel didn't change the towels daily nor even make the beds. There were no essential items like a little fridge or a simple coffee maker, then simple things like taking a sandwich or something at the room is not viable at all. Additionally, the rooms windows were locked (i guess because of security) and the air conditioner was not cool at all. Other than that, the location was great, just above a Metro Station, and the place was great for a short stay.

Hotel needs a refurbishment. Staff friendly, but some not firm with English.

Hotel not as clean as in the past

You must pay all, when You arrive, no further chance for room service etc. Room is OK? but really basic, price is sky high

Overall, I enjoyed my stay despite the safety measures dictated by the unprecedented pandemic. I very much appreciated the warm welcome from the staff.

Dear Guest, Thank you for the great review of our hotel! We are glad that you enjoyed your stay and hope to see you again very soon. Sincerely, Marylis Fèvrier Responsable qualité Ma…

Very basic room, dull and unimaginative room design, overheated room with no means of lowering the temperature, ventilation switches on only 1 minutes every 15 minutes. Thin small size bath towels, no face cloth, no toilet brush ! Unacceptably basic for EUR 170.- per night. Menu of restaurant only offers 4 choices of hot food. Staff forgot to serve my breakfast one morning. At the check-out, the front desk staff could not deduct the prepaid charge for the breakfast that was not served.

Dear Guest Thank you for taking the time to tell us about your experience at the IBIS PARIS LA DEFENSE ESPLANADE. I am sorry that your experience did not meet your expectations; please allow me to express my sincerest apologies. We appreciate your sharing your concerns, and it is our hope that you will give us the opportunity to better serve you in the near future. Sincerely, Marylis Fèvrier Responsable qualité Ma…

Nice stay, but out dated

The hotel was basic and provided everything we needed, however it was quite old and a number of elements were lacking. The towels provided were very thin and there were no plug sockets near the bed.

Room was good but too warm. Thermostat did not work.

I really think that the "early check in" is free when you arrive 2 hours earlier and there is a room free and ready. This should a good service ! Others hotels do it. Like Novotel or Mercure. Also Melia. That' s make the difference.

Well located near to Metro station

The hotel is well located just 150 meters away from Metro station. Room is very clean and neat with all the required amenities. I got the room with nice view of Seine river and view-able of Eiffel tower.

Clean hotel, however there was no flat iron, fridge with contents in the room.

Friendly check in, pitty restaurant not open. Closed in the weekend.

Dear Guest, Thank you for taking the time to share your feedback. Our restaurant is closed for the lunch every day and for the diner on friday and saturday but it's possble to get some snack from our bar . We hope to welcome you back to our hotel very soon! Sincerely, Marylis Fèvrier Responsable qualité Ma…

I stayed 2 nights that week. After the first night I informed the reception that the temperature in the room was too hot and that it could not be lowered ( airco did not work). They told me that they would look into it and if need be change my room. They would also call me back prior the evening. None of this occured and the reception was not aware of any arrangements. A real disappointment as I have another very unpleasant night. ( I am using Accor weekly throughout the year but this was a poor experience)

Good location for a business trip

Perfect hotel for your business trip in La Defense very close to the metro staition. I offen stay in IBIS in business trips in different countries. One think this hotel has a bit expensive rooms. I recommend.

A fine place to rest your head 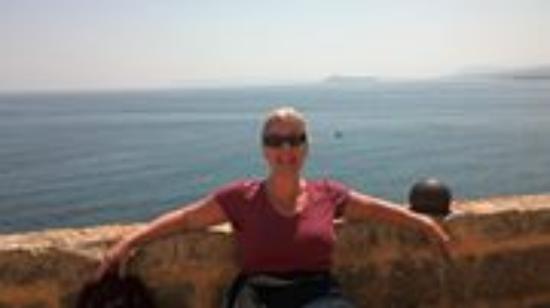 If you don't require anything fancy, this hotel will suit you fine. The room is quite small but okay if just one person, or a couple. I found the shower floor very slippery, and ended up slipping and cutting my foot on the drain, so be careful. Breakfast was not all that exciting. Lots of bread but not much else. The chocolate croissants were good. When I arrived, I had already checked in online for an arrival after 11pm. I got there just after midnight and was told initially that I didn't have a reservation. Eventually they found me, got me a key, and I was able to get in the room and get to sleep. Issues happen, but I didn't have much patience for it at midnight!

Bonjour, I am sorry that your experience did not meet your expectations; please allow me to express my sincerest apologies. We strive to provide a superior service experience for every customer; therefore your feedback is very important to us. Please rest assured that we are taking the appropriate measures to address the problem and prevent future occurrence. We appreciate your sharing your concerns, and it is our hope that you will give us the opportunity to better serve you in the near future. Sincerely, Florian VALMY Directeur Adjoint - Deputy Manager H0771-rd@accor.com

Bonjour, We very much appreciate your comments regarding your stay at the ibis Paris La Défense Centre. It is always a pleasure to receive positive feedback. I will share your comments with our team. I am sure that this feedback will serve as an encouragement to all of our staff as we strive to continuously improve the quality of our services. Thank you again for sharing your experience, and we hope your next visit will be as pleasant as the previous one. Sincerely, Florian VALMY Directeur Adjoint - Deputy Manager H0771-rd@accor.com

All our hotels in courbevoie
All hotels in COURBEVOIE