All hotels in MARNE LA VALLEE

Located a stone's throw from Disneyland® Paris, the aparhotel is perfect for holidays and business guests. 262 studios and apartments with 3 or 4 rooms for 3 to 9 people are available. All rooms are comfortable, tastefully furnished and have a balcony. Car park and a heated indoor swimming pool and free shuttle bus from the aparhotel to Disneyland® are also available.

Apartment with 1 bedroom for 5 people

Apartment with 1 bedroom for 6 people

Apartment with 1 bedroom for 7 people

Apartment with 2 bedrooms for 9 people

it was my second time at the adagio aparthotel, and i am very satisfied with the care of all the employees

The door on the apartment wouldn't lock. The hotel cleanliness standards weren't great. It is very well located that's something. Staff were nice the hotel isn't a reflection on them. There was a broken glass in the lobby that was there for a while.

Having paid for a large 2 bedroom/2 bathroom flat, we were given room 320 with a balcony. Yaye! But on entering the room, it hadn't been processed since the previous guests had left - the beds were unmade with previous guests bedding still strewn around the place, and their dirty rubbish everywhere. After coming back down with all our bags, we were then given room 146, which turned out to be a small flat, despite having paid for a larger one. We went back to reception again (again carrying many heavy bags, and exhausted from a 10 hour drive) to say this wasn't the room we paid for. We were told no rooms were available. Having booked it in advance and paid for it in advance, I thought this was neither possible not indeed acceptable. Eventually, we were given room 314. It had no balcony so the children were disappointed, but at least it had been made up. However, we found fruit flies literally EVERYWHERE not just in the kitchen but in all the bedrooms, the crockery had not been cleaned (we found old mayonnaise remains on several plates), and when we tried to use the dishwasher, we found that the lid to the tablet tray was missing - meaning it could not be used. In addition, the stair case light did not work and given the lack of a window in the hallway, evening trips up and down the stairs were precarious to say the least (health and safety issue). One of the bedside lights in the double bedroom was also not working. On examining the electrical connection, we found the plug sticking out from the wall, and loose wires dangling (a serious health and safety hazard). We informed the staff on reception to avoid problems for next guests, but did not receive any apology. In conclusion, We have been coming to this specific Adagio for literally YEARS (and several times a year). I'm sorry to say though that this was probably the last time we will come. The problems on arrival were shocking. The dirty crockery and presence of flies were bizarre. In Covid times when cleanliness is of prime importance this Adagio did not perform at all. The other health and safety issues were also too serious to dismiss.

We arrived after a long drive to this hotel, from the outside it looked very nice, great location, great pool/facilities, nice reception area. But a driving to our apartment was a huge disappointment! Carpet completely stained though out marks/candle wax in ever room. Rooms are very small and lighting dingy. It’s very basic and not worth the €300 we paid for two nights. We decided to ask if we could have another room, staff very excellent I couldn’t fault their helpfulness they showed us another room and unfortunately it was in the same state. We ended up getting a refund and booking another hotel. The rooms have a lot of potential but need new carpets and fresh paint. For the price tag it’s definitely not worth it. Budget hotel at best with high price

Cleanness can be improved

The hotel gave us a comfortable stay, easy access to Disneyland Paris and fairly clean room

The maintenance condition was horrible. Broken shelf, cabinet door loose, tv cable too short, dirty carpet, door that won’t close properly, paint falling from windows, hole in kitchen backsplash. And paying 15 euro for a breakfast with very limited options, bad coffee, sorry it is really not worth it..

Our aparthotel provided us the perfect place to rest and recoup after long days running around Disneyland and Paris. The location is great, with access to a huge shopping centre and many restaurants, plus the free shuttle cannot be beat- always on time and very fast to and from the park! Great service. Room was a little older with simple furnishings, but everything was clean and comfortable and functional. The staff took good care of us, and was very diligent about hygiene and safety. Everything we needed, they helped us to get it taken care up- from a wine opener, to when we needed a Doctor house call for our son. Only complaint was the coffee situation- there was no way to make coffee in our room, and the (pay) machine in the lobby was out of order several mornings.

You can walk to Disneyland in 20 mins, or there’s an hourly (ish) shuttle bus. Apartment was spacious but very basic, bedsheets slightly grubby. ALL status not recognised or referenced at all.

The hotel is conventiently located to reach Disnelaynd Paris via the shuttle. The room we were in would have needed a renovation. I did not see any fresh fruit at breakfast and would have appreciated some.

Very well located for those to enjoy EuroDisney.

We had a pleasant stay and we will definitely come back soon. The bus connection to Disney is also good and we are happy that the mall is next to the apartment complex. The only thing that was not ok is that we get a room at de ground floor and the door of the hall makes a lot of noise if people walks by. But I think if we had another room elsewhere located that we don't have that problem. Overall good experience.

Stayed here for 1 night in September. Hotel was lovely and clean. Staff were very helpful. Rooms are really nice only thing I didnt like was it has no air con in rooms and it was very hot.

Spent a night there with my wife and kid right before a vacation trip. The location is great, walking distance of many things, and very close to Disneyland Paris too. However that's all about it, the hotel itself is very old and the apartment we got was super small (even for Paris standards) and quite crappy to be honest. For one night it was okay but if we had to stay there longer we would have gone to another place.

Dear ALEXANDRA B., We very much appreciate your comments regarding your stay at the Aparthotel Adagio Marne-la-Vallée Val d'Europe. It is always a pleasure to receive positive feedback. I will share your comments with our team. I am sure that this feedback will serve as an encouragement to all of our staff as we strive to continuously improve the quality of our services. Thank you again for sharing your experience, and we hope your next visit will be as pleasant as the previous one. Sincerely,

The apart hotel is some minutes by free shuttle form Disney, and a short walk to the RER to Paris. While the shuttle was free and on time, it got crowded quickly (it does two hotels) and the driver seemed quite stressed for late comers both in the morning and in the evening. I guess the shuttle service should adapt shortly to the increase in visitors to the park... otherwise it is key for guests staying here that the connection to the park runs swiftly. The apart hotel is already some years old and has lived... some wear is to be expected in the furniture and the equipment and the bathroom, but we had a correct room. The room is tight but well arranged, the essential is there. Friendly kind staff, and the plus is a machine you have downstairs where you can order take away from a wide range of restaurants and fast foods nearby, which is an excellent option for families who wish to eat "home". Did not have time to use the pool, but we saw it was quite popular and certainly a plus for a stay with kids... next time surely!

Self catering but no oven or grill facilities. You have a hob and a microwave (does have grill function but not easiest to use). Not very comfortable beds / sofa beds. Extremely small toilet room. Extractor fan in bathroom didn't work so room got very wet incurring plug socket on bathroom, reported to reception but no change.

Dear Guest, Thank you for taking the time to share your feedback. While I wish you had a better experience, it is feedback like this that we learn from and use to improve. We work hard to deliver an exceptional guest experience, and it's apparent in this case that we fell short. If you give us a chance to earn back your trust, I can assure you that we will do our best to give you the great hotel experience that so many of our guests have grown so fond of. Sincerely, 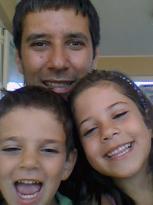 I think this hotel was the worst I've ever stayed. Thanks to the just 2 days stay, we were patient, otherwise we should change accommodation place. The room was completely worn out, dirty, smelled bad and in many places there was mold. The second day we didn't have any room service at all. The only positive was the location. There is a big shopping mall near by with many cafes and restaurant. The hotel provide free shuttle service (sheared) to Disneyland which is not more than 10 min away. The location to visit Disneyland is ideal but not this hotel.

Dear Customer, Thank you for taking the time to send us your comments. I’m sorry to hear that our housekeeping service did not meet your expectations. If you stay at our aparthotel for more than 7 nights, housekeeping duties are carried out once a week. This arrangement enables us to offer more competitive prices. A chargeable à la carte housekeeping service is available, and reception is at your disposal to arrange this. We hope to have the pleasure of seeing you again at the Marne la vallée Val d'Europe Adagio. Best regards