Go on a special journey at the Sofitel Marrakech Lounge & Spa: modern design meets French elegance. Enjoy a relaxing stay and a well-being experience in this calm haven in the heart of the Ochre City.

The contemporary 5-star Sofitel Marrakech Lounge and Spa is a quiet, sumptuous space in the middle of a gorgeous garden overlooking the Atlas Mountains. Rejuvenate body and mind in this luxurious haven just steps from the Medina. Offering comfortable rooms and spacious suites, this beautiful property promises moments of relaxation in the outdoor pools, spa, fitness room, gourmet restaurants and bars

Just 15 minutes' walk from Koutoubia and Jemaa el-Fna Square, enjoy a charming and relaxing stay in the city center in the chic and modern Hivernage district. Discover the hotel's various activities the city and its surroundings. 15 min drive from Marrakech Ménara airport, the hotel is near the Medina and its souks, Bahia Palace, Koutoubia, Jemaa el-Fna Square, Medersa Ben Youssef, Ménara Garden

Marrakesh is a sensory treat. Lose yourself in the rhythm of the carriages and the Ochre City's heady scents. Explore Medina alleys, lush gardens, Arab-Andalusian architecture and Moroccan hospitality.

An oasis of freshness which pays tribute to Mediterranean cuisine and the benefits of olive oil. Virgin and pure, subtle and fragrant, mythical and eternal... discover the wonders of olive oil.

Breakfast or lunch on a leafy garden terrace near the pool: buffets span the world's cuisines, from Chinese dim sum to French rôtisserie. Views soar to the Atlas Mountains. A relaxed Marrakech restaurant where flavors are as cosmopolitan as the clientele.

This avant-garde, chic space at the heart of the hotel's lush gardens serves up contemporary, refined Franco-Moroccan cuisine. The So Night Lounge and the So Good will be reserved during the Marrakech International Film Festival.

Recharge in a pleasant poolside setting

Toast your Moroccan vacation from our terrace bar in Marrakech, with champagne or a colorful cocktail infused with sweet mint, fresh kiwi, cooling watermelon... Flavors change with the season and the barman's imagination; the chic ambiance remains.

No need to stray too far from the lazy loungers by the swimming pool: order a freshly squeezed juice, a cocktail, a naughty aperitif. Pure pleasure in a Marrakech poolside bar - indulge!

The inviting and vibrant decor and staff will help you explore teas from Morocco, India and Japan flavored with fresh mint, as well as the chef's delicious pastries including Gazelle Horns and Parisian Macaroons.

¤ The So Lounge will be for private use only during the Marrakech International Film Festival ¤ Entry to So is free for hotel guests until midnight, excluding weekends and special events.

The Sofitel Spa offers a heated pool in an idyllic setting. A moment of serenity awaits you.

Stress melts away in the cool, quiet space of So FIT, a high-tech Marrakech gym equipped with Technogym cardio machines, Kinesis stretching wall and pilates mats. Follow a personal training program by a professional coach - or international news on TV.

A meeting of ancestral traditions from here and elsewhere, refinement and the expertise of French cosmetics, SOFITEL SPA makes you live a radiant and revitalizing experience with a selection of wellness and beauty treatments. 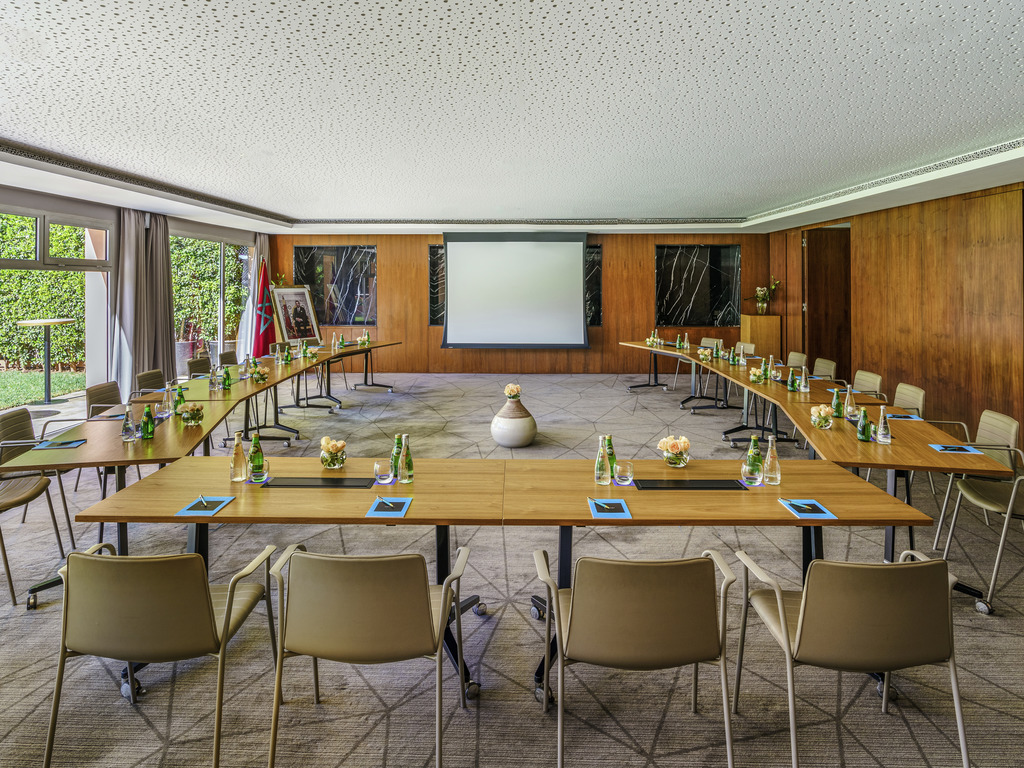 In your room above the patio, where contemporary art mixes with the murmur of the fountains to create a Zen and relaxing atmosphere, your demands for comfort and serenity will be fully satisfied at all times.

I've been a tour operator for over 30 years and never have I seen such incompetency between the booking agent, Accor, and the Sofitel. It took me at least 4 days to find someone who could help me with my group reservation. Luckily Oumaima in reservations and Zackaria( butler) were able to sort out the rooms with the guest names and to finally make my final payment. I personally had to be at the hotel to make payment which was ludicrous. This may not be an issue for solo travlers or couples traveling but it is a true reflection of the hotel management. I was also overcharged for a cocktail party for my group. For a 5 star hotel, the management should be more competent. Otherwise, the property is beautiful, staff at the restaurants very pleasant and the rooms comfortable.

Not a true 5-star hotel, but good value

I will caveat my review by saying that I’m highly selective when it comes to hotel accommodations. The location is excellent and the property itself could be 5 stars, but the service is 3 stars. The exception to this was Saed (baggage handler) who was absolutely excellent and went above and beyond to make us feel welcome - he gets 5 stars for his service. Unfortunately, the front desk staff was quite rude, unwelcoming, and made us feel as if we were inconveniencing them. If you want a true 5-star hotel with 5-star service, then pay a little extra and stay at the Four Seasons.

Saed (baggage handler) was amazing - shining star of the whole hotel!! Friendly, helpful, and very accommodating- he answered all our questions and showed us around. If it was just him, I would have given 5 stars. Front desk service was just okay. Not much explanation as to where everything was. Rooms were clean.

The hotel is well located (which is quite important if you want to visit marakesh). Our room was very big, clean and comfy (was not expecting this) and there was a large variety of food for lunch. We did not have the chance to test the hotel facilities (spa, gym etc as our stay was short). Nothing to complain about this stay - it was short but very pleasant!

The hotel fails its 5 star status on several accounts. We arrived at the hotel around 11AM, securing a booking for the previous day. Upon arrival, we found out that we didn’t have a room ready. Our room was finally ready around 2:30PM, by which point we were completely exhausted and tired of hanging out around the lobby and waiting for our too to be ready. The room that was provided to us was absolutely dirty (bathrooms were completely unclean and had several stains on and around the toilet bowl and the floors) and the room wasn’t what we paid for (we paid for a king room with a garden view only to get a double bed room with the view of the outer wall). It took an additional hour + to switch rooms. Another oddity is the fact that the minibar check walked into our rooms at the most random and oddest times unannounced. Upon checking out, we were assessed $180 for minibar items that we never purchased. The issues took several minutes to resolve at the reception. On the second day during my stay, I asked the concierge about getting train tickets to visit Fes and inquired if there’s an online method to purchase. The Concierge informed me that there’s no such me thing and that he’ll send a valet over to the train station to buy my tickets and all I had to do was give him 800 dirham (taxi back and forth for valet + train tickets). I later found out that I was exorbitantly overcharged - two train tickets to Fes cost no more that 300 dirham and there was a method to purchase tickets online. It doesn’t feel good to be hustled and duped by the concierge in this fashion at all! Lastly, nearly $1100 worth of items were stolen from us during our stay. I’ve contacted the hotel several times and not received a single response back. Beware when staying here. There’s much to be improved in the hotel’s overall guest experience 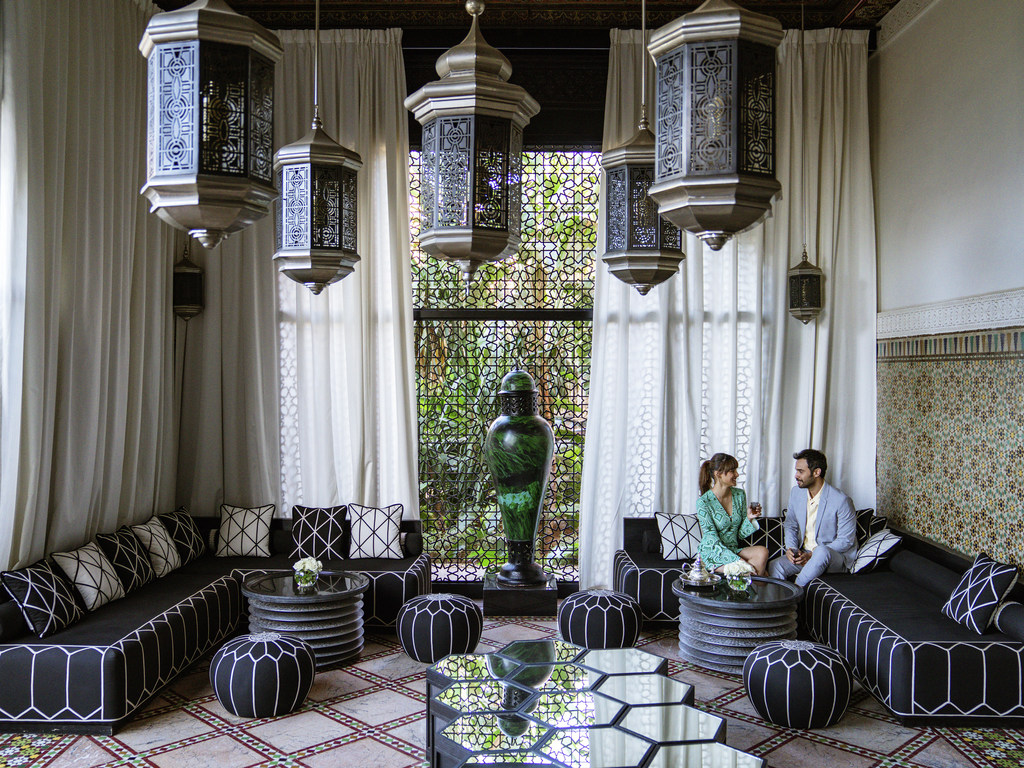 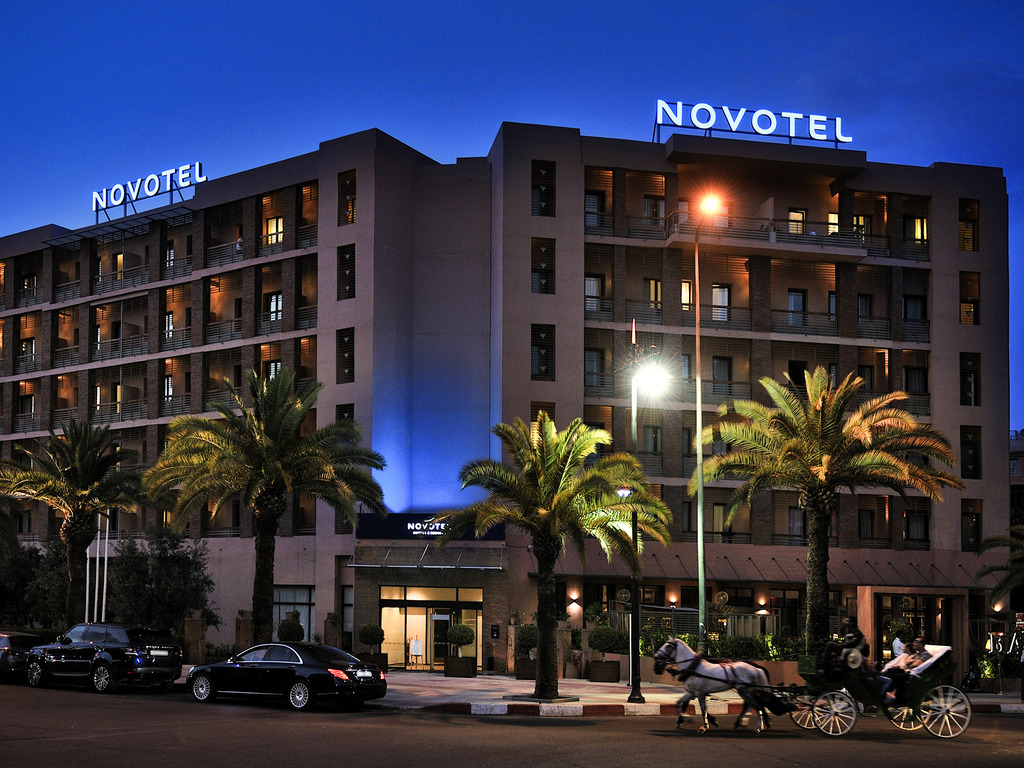 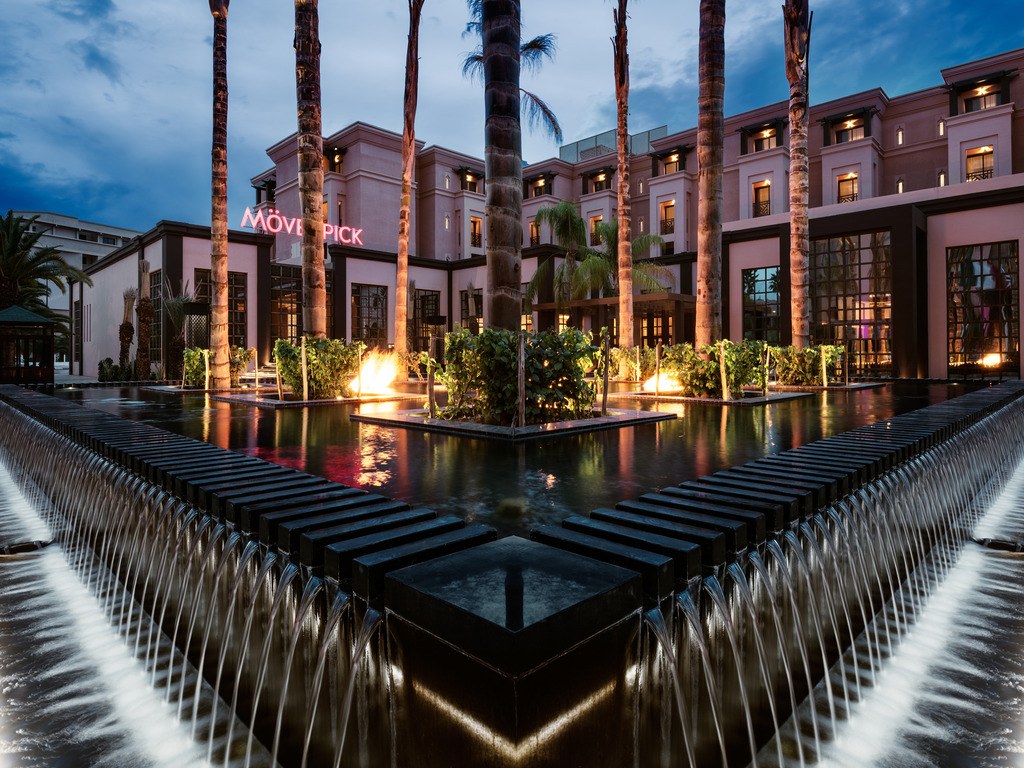 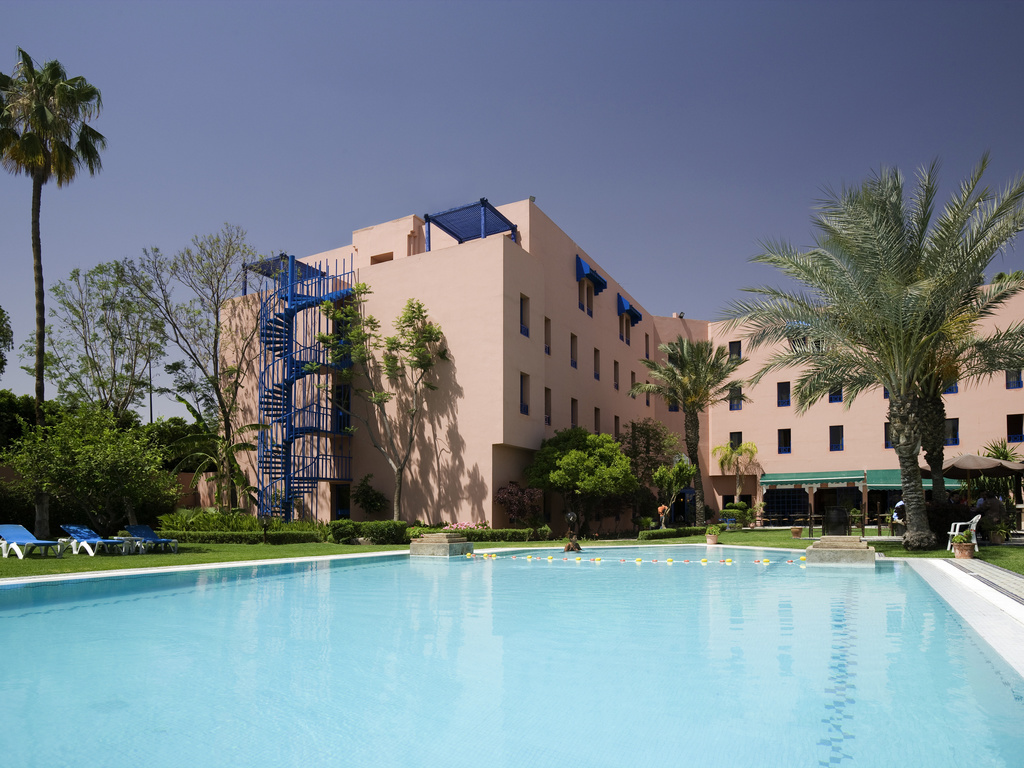 See the hotel
All our hotels in MARRAKECH