GPS: 4 Avenue St Ruf 84000 Avignon for the paid public car park. 20% discount on presentation of the ticket. Take off your toll tag

Ideally located in the city center and right next to the station, the ibis Avignon Centre Gare hotel is the perfect place for business travel, family vacations or Avignon's annual theater festival. The ibis Avignon Centre Gare hotel has everything you nee d: opposite the ramparts, just a few steps from the Popes' Palace and the Pont D'Avignon, a bar that is open 24 hours a day, an ibis Kitchen Lounge restaurant that is open evenings and free WIFI. Some rooms overlook the Popes' Palace.

Ideal location for visiting Avignon and surrounding region. Some rooms have magnificent views of the Palais des Papes.

Come and discover our Lounge restaurant and sample the flavors of the ibis Kitchen. Succumb to our selection of sweet and savory food. Fancy a snack? Order at the bar or take to your room 24/7. 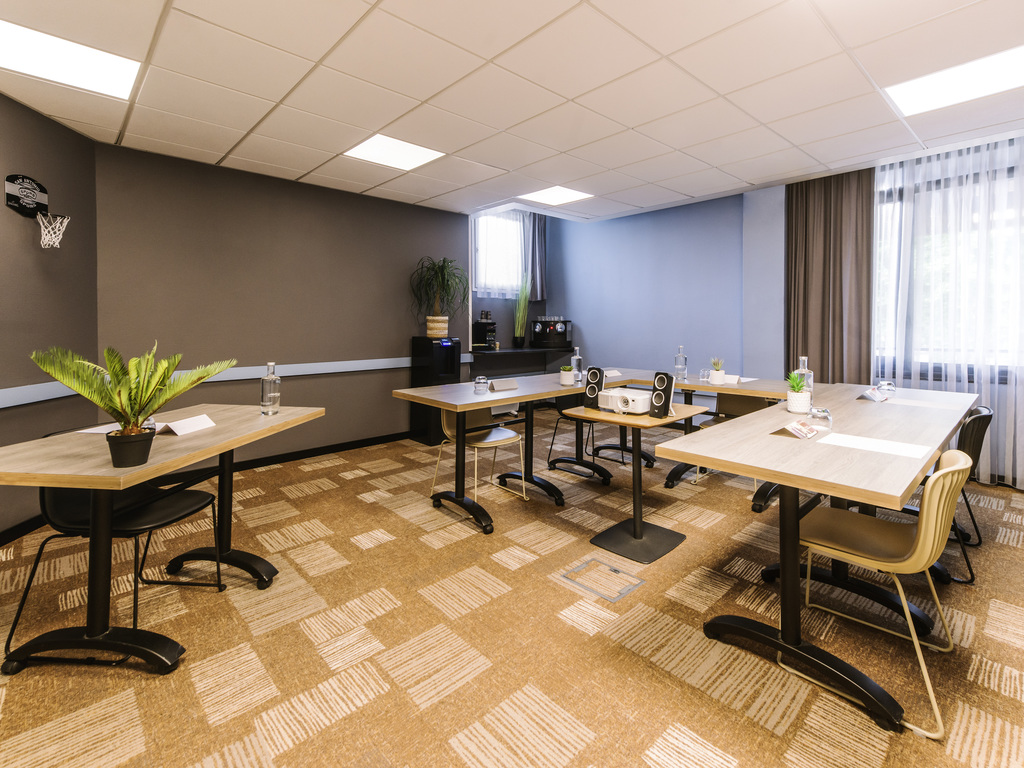 Double room with view of the old town

Liked to be close to train station for day trips

I had stayed there before and was satisfied.

Dear Guest, Thank you for the great review of our hotel! We are glad that you enjoyed your stay and hope to see you again very soon. Sincerely, Nicolas Directeur de l'hôtel Ibis Avignon centre gare

Perfect location for walking into the old city and the station 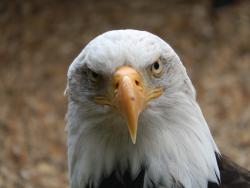 We chose this hotel on the basis of TripAdvisor reviews. Access was complicated as it's next to the central station and the whole station frontage has been dug up, surrounded by fences and apparently just left for years, with trees growing through. There was a path level with the station into the Ibis from the where the taxi dropped us which was fine. We did not need the car park but used the station on our last day to get on the direct shuttle to the TGV station, also the hub for hire cars. The other entry/exit was down a ramp underneath (unlit at night) with homeless people sleeping rough and crowds hanging around a fast food kiosk below. Creepy when on foot, but we had no trouble on the two nights we stayed. Behind the hotel run the main railway lines and in front the main route through town and the tramway but as it's triple glazed it was very quiet to sleep. Inside we had a warm welcome. The receptionist also ran the bar so was run off her feet at times. We did not try the restaurant - the city was too tempting, just across the main road and you're inside the walls, with restaurants everywhere. Our room was small but clean and functional. The bed was comfy with nice linen. Wifi worked fine, the a/c was quiet, and the TV was handy. Breakfast was the usual great Ibis selection which covers almost everything, even down to eggs and bacon. The only small problem was our key kept de-magnetising, despite keeping it away from phones so we had to bother the receptionist to fix it several times and we weren't alone in that. Otherwise, an ideal spot to visit Avignon.

Comfy bed just a walk into the city

This hotel is surrounded by works at the main station which seem to have stalled so the access to it is complicated and at night there are homeless people in doorways and people lurking in the dark underpass which you have to walk through which is a little daunting. However we had no problem during our stay and it is extremely convenient for the city, the station and the shuttle to the TGV, which is why we chose it. The room was clean, if basic and the bed comfy. The helpful receptionist runs the bar too so this can cause delays.

Dear, The whole team joins me in thanking you for your excellent comment! We are very happy to read that your stay was a success! Your compliments go straight to our hearts and are a great motivation for our employees. Feedback from our customers is regularly sent to Cecile Helle, Mayor of Avignon regarding neighborhood security. We do not deplore any incident with our customers, it is important to underline this. We look forward to welcoming you back to our Avignonnaise house. Warmly, Nicholas Manager of the Ibis Avignon center station hotel

Smelly room, difficult to find the reception, not much natural light in the room. Positive: close to the train station and the city centre.

Dear Guest, Thank you for taking the time to share your feedback. While I wish you had a better experience, it is feedback like this that we learn from and use to improve. We work hard to deliver an exceptional guest experience, and it's apparent in this case that we fell short. If you give us a chance to earn back your trust, I can assure you that we will do our best to give you the great hotel experience that so many of our guests have grown so fond of. Sincerely, Nicolas Directeur de l'hôtel Ibis Avignon centre gare 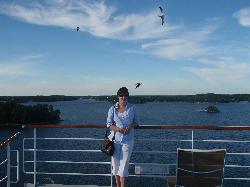 Excellent location right next to the train station, facing the old town walls, and a few second’s walk into the old town and all the main sights. We stayed three nights: the first in a room facing the train tracks and the second, for an extra €5, faced the Pope’s Palace. Good sized rooms, although we had to be creative when it came to finding space for our suitcases. Fantastically well insulated, we couldn’t hear a thing. There were five layers of glass in our first room! Bathroom was modern and spotlessly clean. A couple of tiny minus points were that the lift wasn’t working so we had to lug our cases up the stairs and the first receptionist we came across on our first evening wasn’t the friendliest. Note: As in other places in Provence, you need to be very careful with all your belongings. There are quite a few unsavoury and unlucky characters hanging around the station and in town. 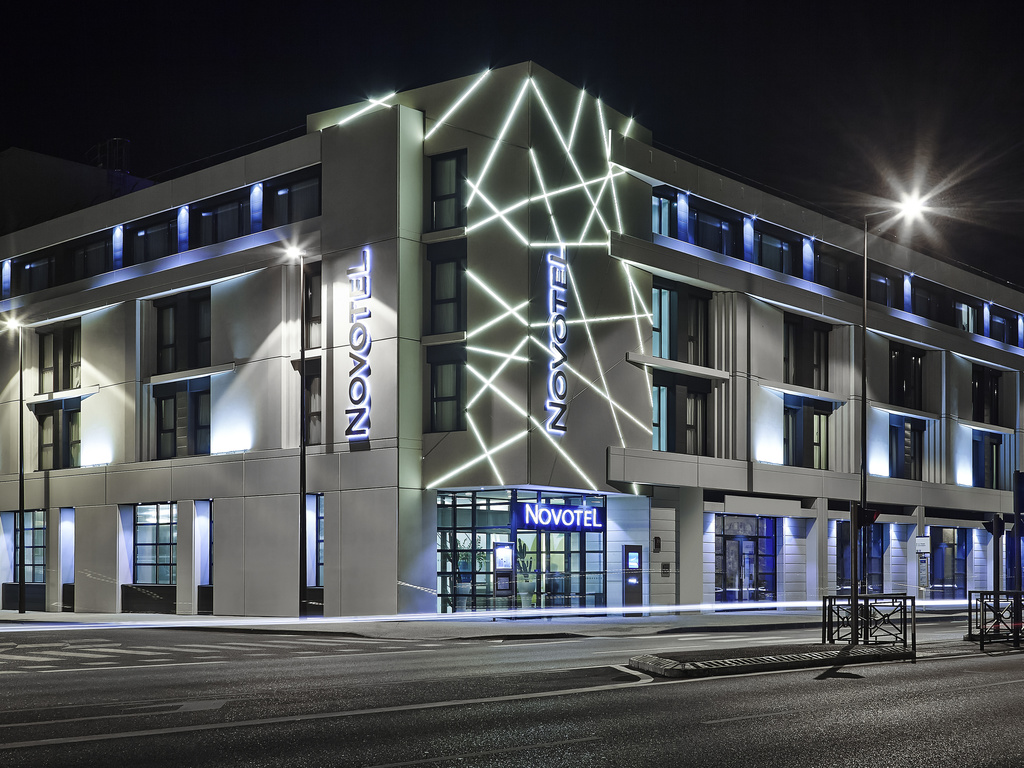 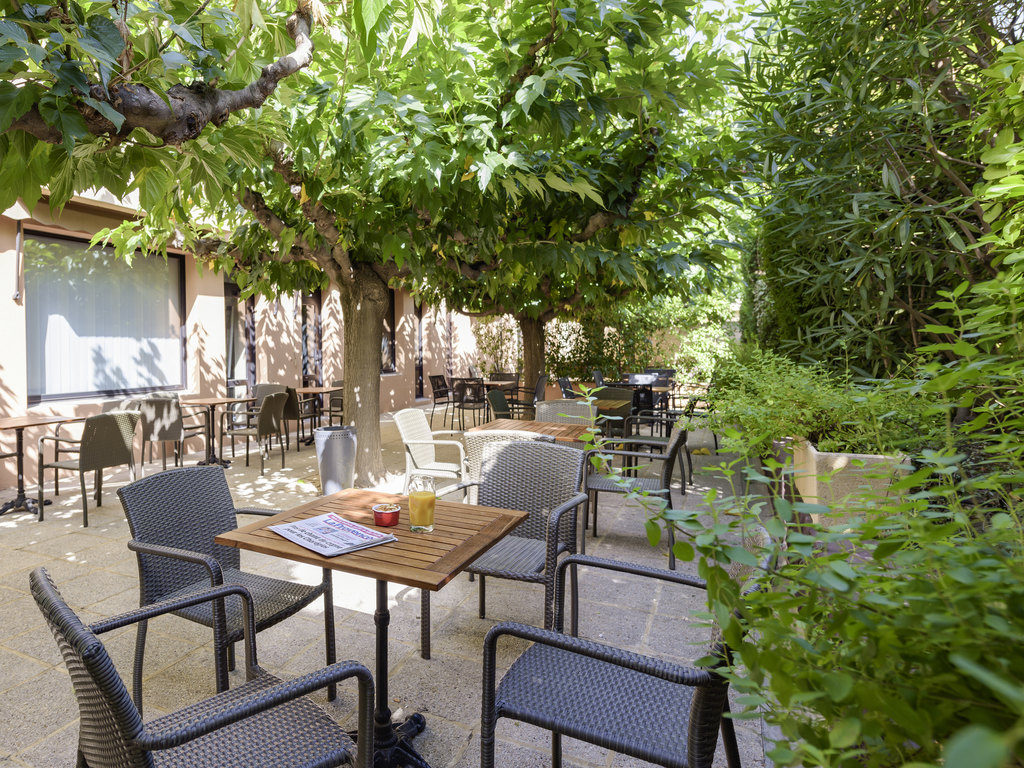 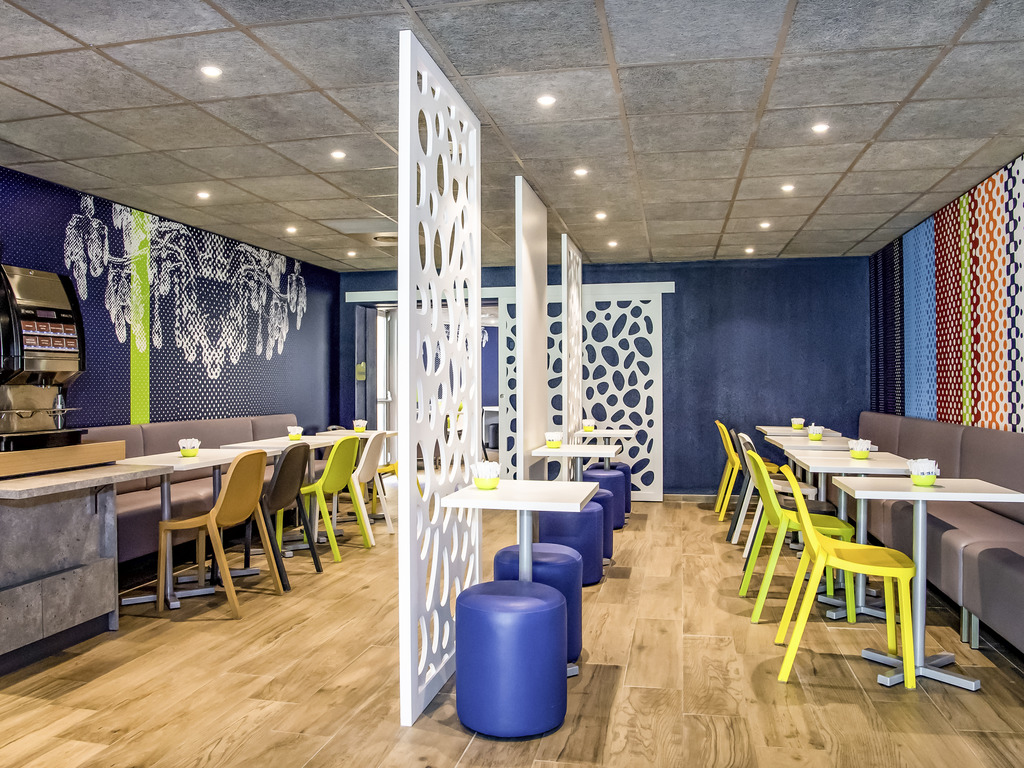 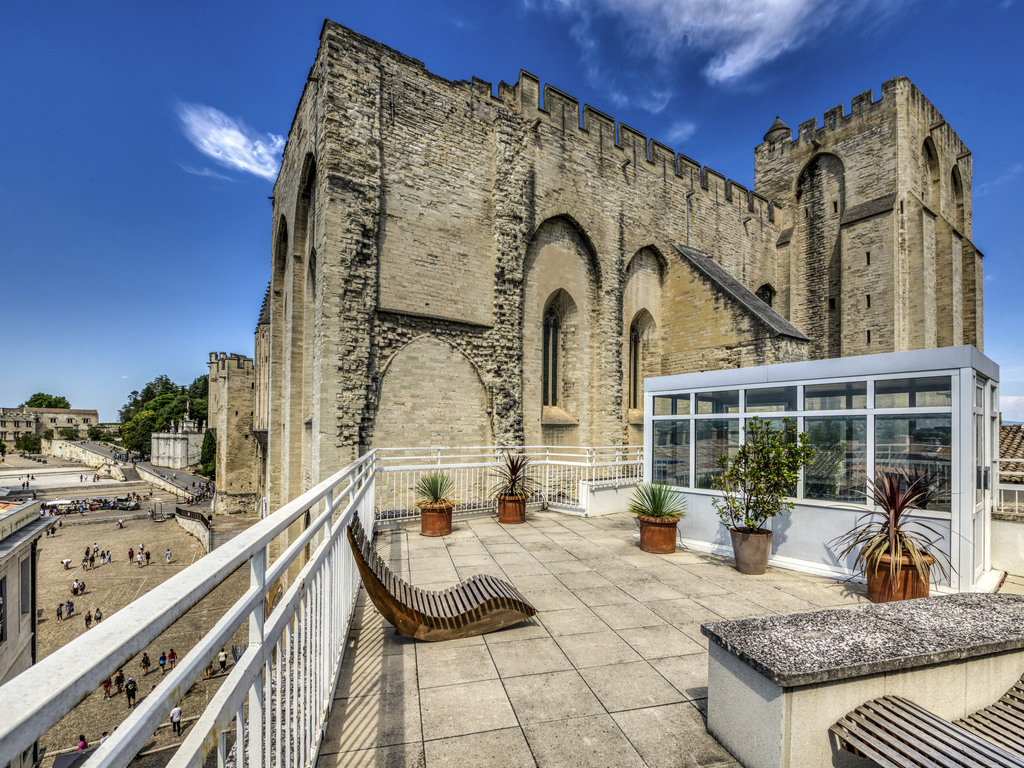 See the hotel
All our hotels in AVIGNON