Want to experience Amsterdam like a royal? The Canal House Suites at The Grand, including butler service, are the perfect place to enjoy the luxury of a five-star hotel while also experiencing the comfort of your private apartment.

In the heart of the city, by two gentle canals and the Royal Palace, The Grand Canal House Suites boldly reinvents rich history: a legendary jewel among Amsterdam hotels. It is home to the acclaimed Bridges restaurant and garden terrace; to an award-winni ng spa; magnificent banqueting facilities including the Council Chamber. The history of this luxury Amsterdam hotel is deeply entwined with the city's past: 15th-century convent, royal lodgings, Dutch Admiralty headquarters, City Hall.

The Grand is based in the heart of the historical city centre. Many attractions are just a short walk from the hotel, including Dam Square, Madame Tussauds and de Bijenkorf. Just a short tram ride away, you'll find the Anne Frank House and iconic museums such as the Rijksmuseum and Van Gogh Museum. A boat trip on the Amsterdam canals is highly recommended.

Ideally located in the heart of the city centre, the hotel is surrounded by several tram and metro stations. Amsterdam's central train station is just 15-min walking distance away. By car, you can reach the city's bypass within several minutes.

Experience exceptional gastronomic quality in the accessible atmosphere of restaurant Bridges and enjoy a five, six or seven course Menu du Chef in the heart of Amsterdam. Take a seat at the Chef's Table and experience Bridges in an extraordinary way.

Oriole Garden Bistro breaths the feeling of a Mediterranean garden, with its lush greenery that brings the beautiful outside garden indoors. Discover the pure flavours of the seasonal menu, prepared by our passionate Chefs and served with a smile.

A hidden-gem in Amsterdam where art meets whisky. Take a seat at the bar and be surprised by the inspiring art from Tadej Oblak and special Glenfiddich whiskies at pop-up bar The Flying Deer.

The Garden Terrace can be found in the beautiful inner garden of The Grand. It is one of Amsterdam's best kept secrets; an oasis of peace and tranquility, situated in the heart of the city.

Afternoon tea by the fire, a coffee and croissant in a deep armchair, books spanning local culture and French design...in this relaxing Amsterdam bar and lobby lounge, Sybille de Margerie's rich color scheme is inspired by the Amsterdam flower market.

The Sofitel FITNESS offers the most advanced fitness and wellness equipment from Technogym that features cutting-edge technology and design. Facilities include a Technogym Kinesis that allows you to perform an infinite variety of exercises and movements.

At the Sofitel SPA, everything is dedicated to wellness, ideal for replenishing body and soul. It offers a range of services including treatment rooms, an heated in-door swimming pool with Turkish steam bath, sauna and the Sofitel FITNESS. 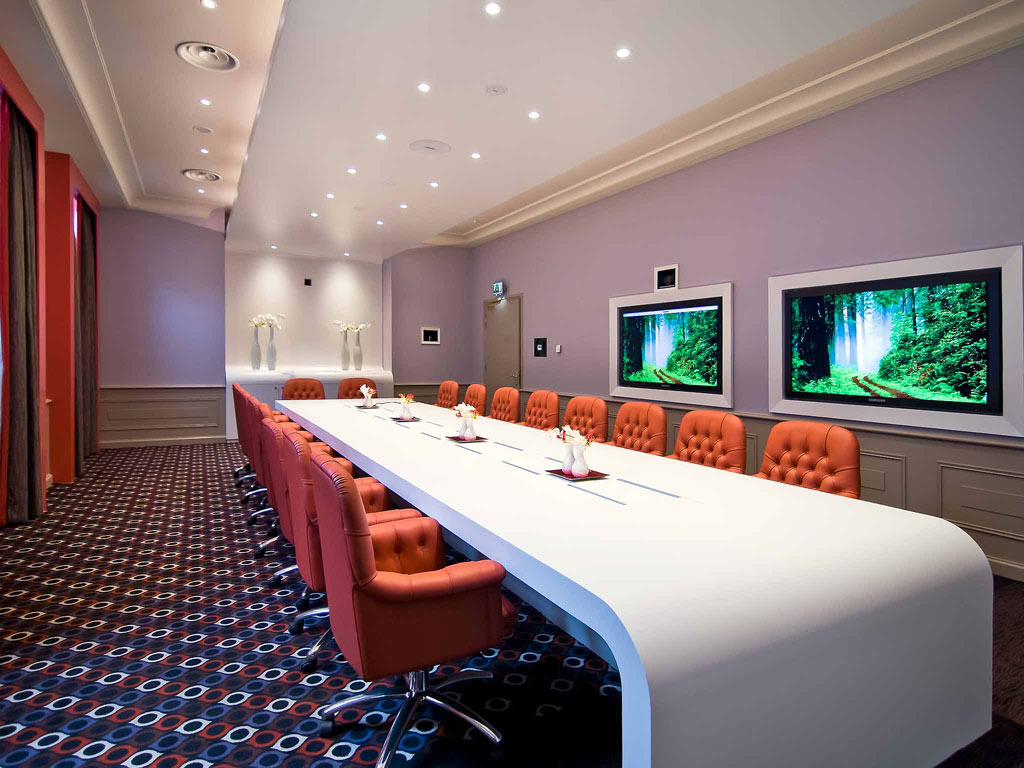 Queen Beatrix married here in 1966. A classic saloon boat, intimate Wedding Chamber, magnificent champagne reception with gourmet catering, dreamy honeymoon suite... Expert wedding planners are with you every step - except for down the aisle.

The suites offer a well-balanced mix of historical and modern styles and are fully equipped with the latest technology and best amenities for travellers with a taste for the very best. A historical ambiance in a former iconic Amsterdam Canal House. This is our second time staying at Sofitel Legend The Grand Amsterdam and it was amazing. The staff are very helpful and friendly, the hotel is very clean and organized, food is perfect both in the restaurant and room dine-in, and the location is perfect. This hotel is a true legend and never disappoints you.

We are thrilled that you enjoyed your stay again with us. My colleagues aim to provide all of our guests with an exceptional and memorable experience so we are delighted you enjoyed your stay at Sofitel Legend The Grand Amsterdam. Thank you for your positive words and we hope to welcome you back in the near future.

We thoroughly enjoyed our stay, location was excellent. Staff were brilliant and service was excellent. Room was spacious and Spa was very much appreciated. Quality of the breakfast was also excellent.

Dear valued guest, A big thank you for your lovely words and outstanding experience in The Grand. We are very pleased to learn that you enjoyed every bit of your stay and I am looking forward sharing your positivity to our entire team. The whole team is looking forward to welcoming you back at Sofitel Legend the Grand in the near future. Kindest regards, Emmy J. Stoel General Manager

Amazing service by the staff The sofitel beds are great too The hotel is settled in the middle of Amsterdam, near Avery good places. Should you have a question you may speak with the staff he will be glad to take care of your needs Thanks you

Dear valued guest, Thank you for taking the time to share your experiences in our hotel and rating your stay with such a wonderful score. We are very thankful for your recommendations and I will certainly share your warm words with the team who will find this very rewarding. It goes without saying that we are very pleased to learn that you have enjoyed our service, our comfy beds and the location of our hotel which is indeed located in the middle of the vibrant city of Amsterdam. Upon your next visit to Amsterdam please come and stay with us again! Kindest regards, Emmy J. Stoel

My wife,my two sons and I were very satisfied with our stay at the Sofitel Legend The Grand Amsterdam. Everything was perfect. We appreciated the competence,the kindness of the staff with a special mention for Luca. We highly recommend this hotel. We will gladly coe back.

Dear valued guest, Thank you very much for rating your stay with such an amazing score and leaving such friendly comments on tripadvisor. We are very pleased to learn your stay with your family was an unforgettable one and that you were satisfied with the service and attention given by our team. I will certainly share your kind words with them. We very much look forward welcoming you back with us. Kindest regards, Emmy J. Stoel General Manager

Top quality Hotel with outstanding service. It is one of the best hotel we have stayed in the world. We look forward to our next visit. My wife and I are celebrating our 30 years of Marriage and enjoying mini breaks. After this fabulous stay, decided to change our hotel in Dubai ( competitor) on Friday to the Fairmont The Palm. Looking forward to stay there.

Dear Valued Guest, First of all congratulations with your 30th wedding anniversary. We are very pleased and honored that you have chosen our hotel for your celebrations. It goes without saying that we are even more pleased to learn that you have enjoyed a comfortable and memorable stay with us. I am confident that our colleague hotel in Dubai will serve you in the best way possible. We hope to have the pleasure of welcoming you back with us when visiting Amsterdam again! Kindest regards, Emmy J. Stoel General Manager 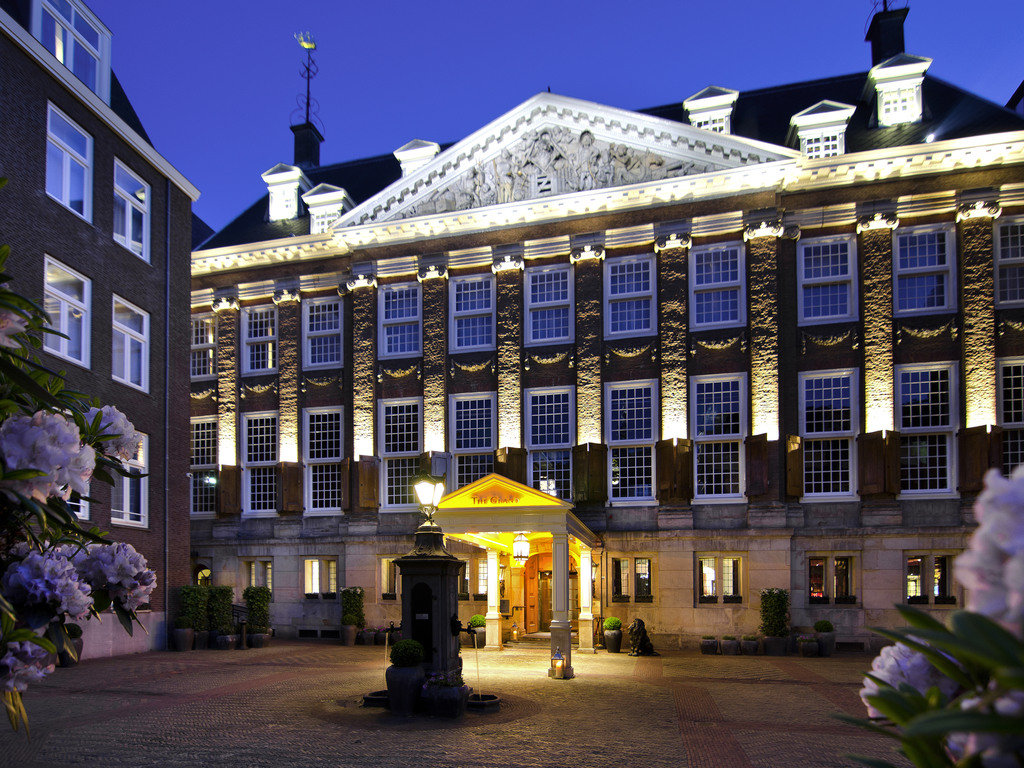 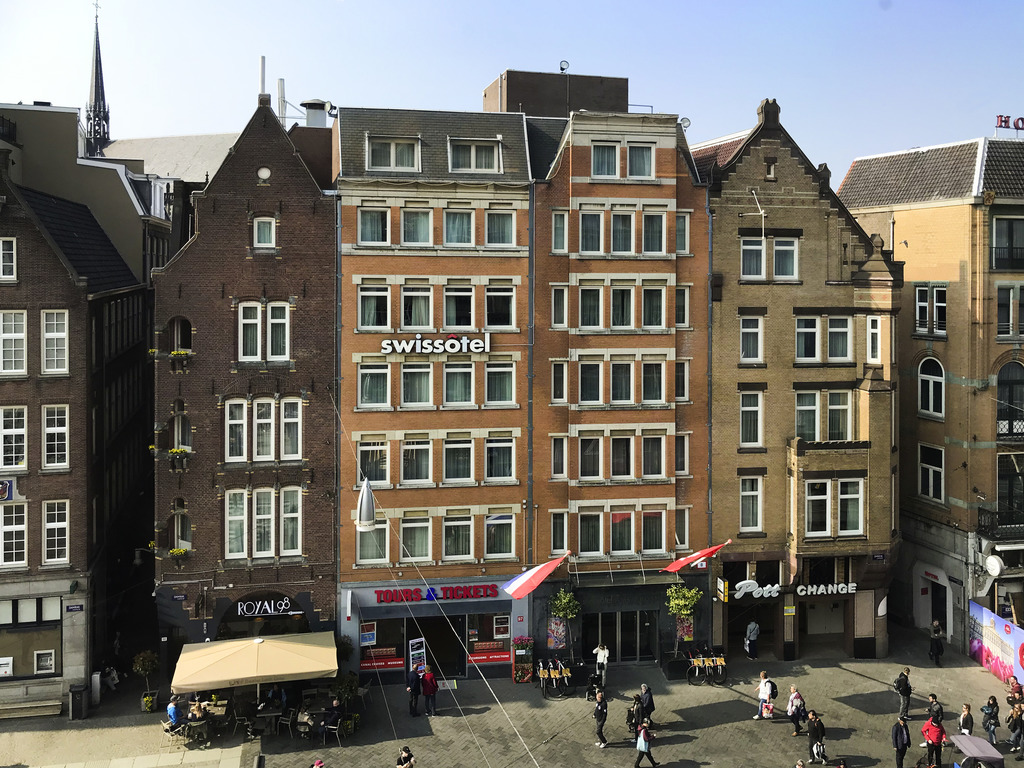 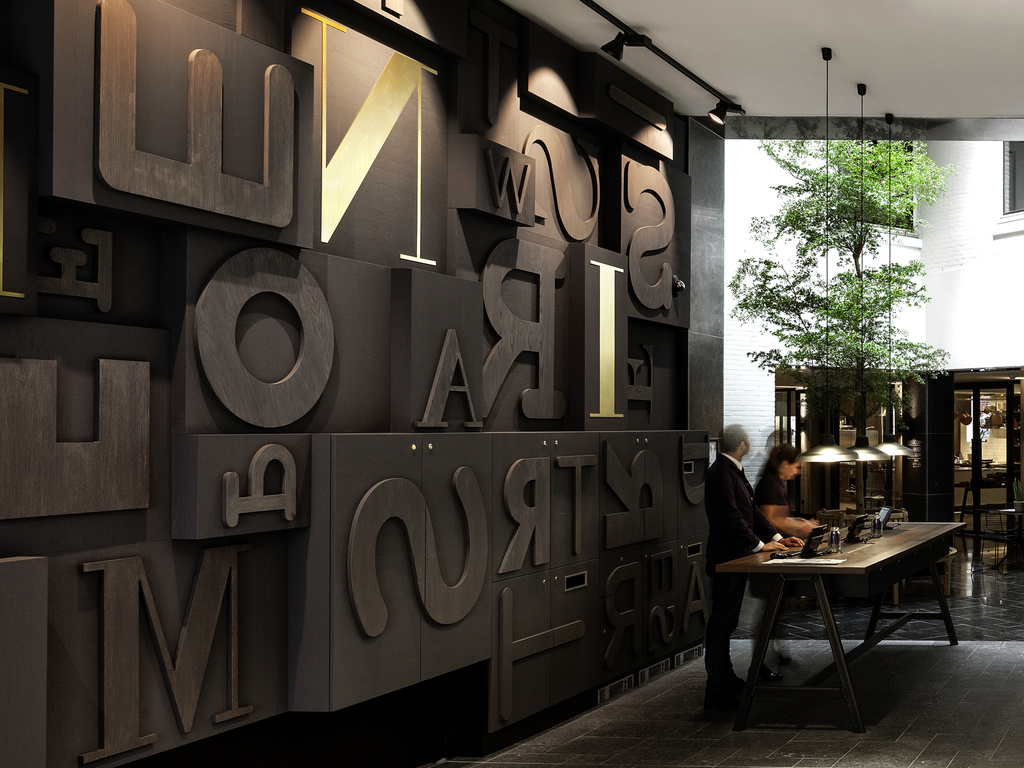 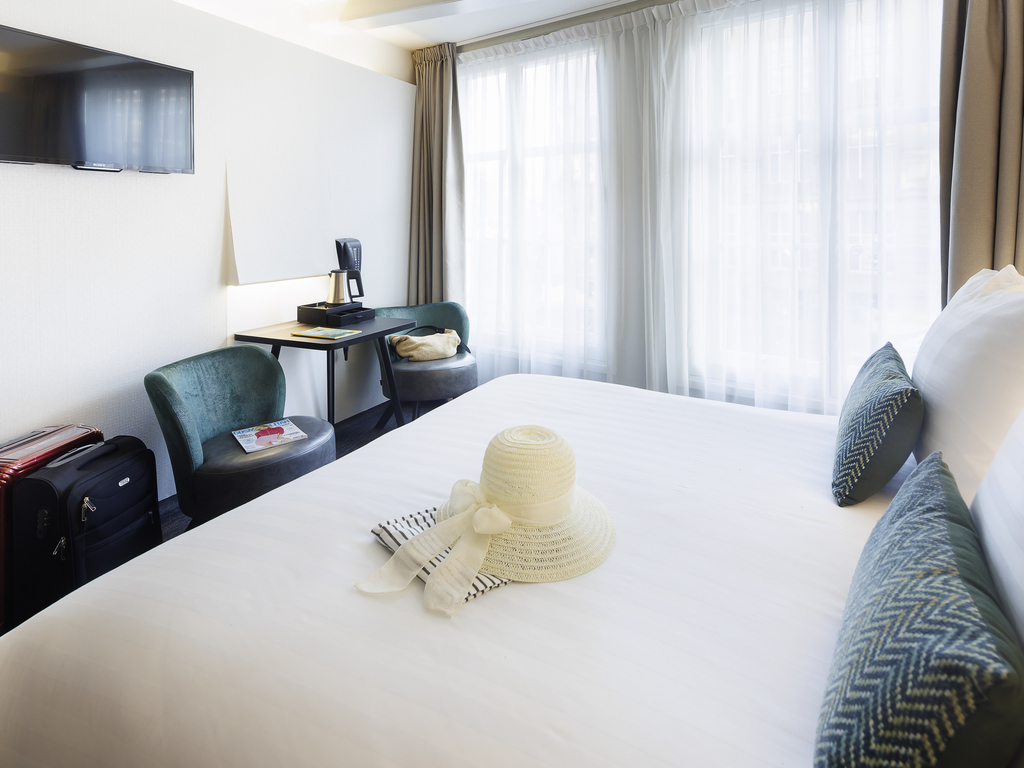