From breakfast to dinner, we are by your side more than ever. We remain committed to welcoming you in the best possible conditions, which include providing catering solutions

ibis budget - Nearest hotel to the Futuroscope site, a 5-minute walk by a dedicated path. All rooms are non-smoking + air conditioned. Family rooms available. Free private parking also available. Camille Roux and her team are happy to welcome you during opening hours at reception. The location is very good, but staff don't understand anything but French. We did ask for breakfast to take away and just gave us a croisant on hand and a cup of coffe. The room was dirty and it wasn't cleaned due Covid, but to me it's a bad excuse.

Dear RICARD F., Thank you for taking the time to tell us about your experience at the ibis budget Site du Futuroscope. I am sorry that your experience did not meet your expectations; please allow me to express my sincerest apologies. At Ibis Budget, we strive to provide a superior service experience for every customer; therefore your feedback is very important to us. Please rest assured that we are taking the appropriate measures to address the problem and prevent future occurrence. We appreciate your sharing your concerns, and it is our hope that you will give us the opportunity to better serve you in the near future. Sincerely,

Safe, quite and pleasant experience

Dear AMOL N., We very much appreciate your comments regarding your stay at the ibis budget Site du Futuroscope. It is always a pleasure to receive positive feedback. I will share your comments with our team. I am sure that this feedback will serve as an encouragement to all of our staff as we strive to continuously improve the quality of our services. Thank you again for sharing your experience, and we hope your next visit will be as pleasant as the previous one. Sincerely,

Good stay, my kid loved it!

We needed an extra night before going to the Futuroscope Hotel and decided to book with Ibis Budget hotel. Let me tell you that your hotel is way better than the Futuroscope ones!

We regularly stay in Ibis hotels. Our recent stay was good. However, even though I had phoned to warn reception that we would be arriving very late, I have two issues with how this was handled. Firstly, when I realised we were going to be late, I had difficulty getting through - the options did not work and so I had to choose 'make a reservation' in order to speak to someone. On arrival at 04.00h, the concierge was less than helpful and unfriendly although at this point we were past caring. The bed was excellent.

Dear Guest, Thank you for taking the time to share your feedback. While I wish you had a better experience, it is feedback like this that we learn from and use to improve. We work hard to deliver an exceptional guest experience, and it's apparent in this case that we fell short. We will make sure that the night staff welcome you more warmly during your next stay. Sincerely,

Staff were friendly and the dog was welcome, we would happily stay there again.

Dear JORDI S., We very much appreciate your comments regarding your stay at the ibis budget Site du Futuroscope. It is always a pleasure to receive positive feedback. I will share your comments with our team. Thank you again for sharing your experience, and we hope your next visit will be as pleasant as the previous one. Sincerely,

Dear MARIE-LAURE B., We very much appreciate your comments regarding your stay at the ibis budget Site du Futuroscope. It is always a pleasure to receive positive feedback. I will share your comments with our team. I am sure that this feedback will serve as an encouragement to all of our staff as we strive to continuously improve the quality of our services. Thank you again for sharing your experience, and we hope your next visit will be as pleasant as the previous one. Sincerely,

Good sized and clean rooms and comfortable / large beds. My only suggestion would be that the breakfast options should be put up on a board in writing as we had a misunderstanding with the kitchen staff. The breakfast room was too small to make it a pleasurable experience. Very well located to Futuroscope entrsnce

It was a great experience with ibis. I loved the lodging, breakfast, the friendliness of the staff and everything. Nice and bustling place, very good to spend family moments. I hope to return to the other Ibis lodgings. Thank you.

Thank you, and see you soon.

Great shower. Air conditioning did not work and in the middle of the night you cannot report It was a very hot night - it was blowing warm when it was on the lowest cold setting. This made sleep very elusive. Beds could be more comfortable especially the one on the wall because of the ledge above it.

Good for the money

The hotel has two halves and we were in the Budget half. We were in transit, for which the hotel was most convenient, being situated just over 300m from the motorway. Our room was clean and well appointed for an overnight stop. We enjoyed a well priced,very good, buffet evening meal in the restaurant, which provides for both hotels. The only element that emphasised our budget status was breakfast. This was served in a small breakfast room, rather than the restaurant where the other half breakfasted. Due to its size we began queuing when there were no vacant seats available, but by the time we had collected our food two had been vacated. The speed of throughput meant that most people were able to find seats when they needed them.

Great budget hotel at walking distance to the Park 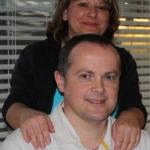 This is a great budget hotel that is sharing the same building as the regular Ibis brand. Rooms are quite spacious and all the amenities to spend a good night as the rest of the day you should be in the park. Plenty of parking space where you can leave your car as you are a walking distance to the park. Very convenient.

Could have been perfect

Right next to the highway to avoid delays, very nice personnel, easy to check-in and out, nice rooms, clean, nice breakfast. Just three minor details: I have had better breakfast (but not for the money!) The heating in the room was quite loud and turning off was not an option (too cold) We had to pay for an extra bed which was not used anyway (for our 3-year old child)

The room rate is much the same as for the Ibis next door yet breakfast is in a separate dining area even though the same rooms are used for both hotels?? We have stayed at the Ibis proper several times so I know the layout off by heart and I don't see the point in having an Ibis budget in the same foyer and using the same bedrooms for a very small decrease in costs. The staff are great in both parts though.

Comfortable stay next to "future"

Ibis hotels next to Furoscope are well located: easy to find when coming and and easy to access Futurosope, yet offering a calm stay. Catering is rich, pool terrace and billiard corner offer also other than "future" activities. The rooms have a choice of price&comfort, but are all enough for a good refresh and sleep.