The largest festival of its kind in the southern hemisphere, Vivid Sydney is an incredible festival of lights, music, and ideas. Owned and produced by Destination NSW, Vivid Sydney attracted 2.4 million snap-happy attendees in 2019. Bursting with innovation and creativity, Vivid Sydney is one of Australia’s most loved festivals.

Vivid festival, based in Sydney, Australia, brings together light artists, music makers, and creative minds to share their ideas. Attendees can marvel at bigger than life, outdoor light installations across Vivid Light; watch live music performances and collaborations at Vivid Music & Vivid LIVE, and engage in creative discussion and debate at Vivid Ideas. Partnering with the NSW Government and Destination NSW, Vivid is one of the biggest art festivals in the nation.
Whether you visit beautiful Sydney Harbour, get lost in the colourful lights of the Botanic gardens, enjoy live performances at the Sydney Opera House, or see it all from a Vivid bridge climb there is something for everyone at Vivid Sydney.

The star attraction of Vivid Sydney is its Vivid Light festival where Sydney’s top landmarks and skyline become illuminated in creative and interactive light projections. Lights are turned on at 6pm every night over the course of the 23-day festival, and there are over 50 installations for attendees to discover, making Vivid Lights well worth multiple visits.

Lighting of the Sails

Vivid Lights kicks off every evening with the inaugural Lighting of the Sails. Watch as the Sydney Opera House comes to life with large-scale projections and music to start the Sydney light festival each evening.

Vivid’s famous Light Walk showcases 50 of the best outdoor light installations stretching over 3 kilometres. Starting at The Rocks, this outdoor gallery winds around Circular Quay to the Sydney Opera House and into the Royal Botanic Gardens. Taking you past the city’s biggest light installations in the central business district (CBD), on the Sydney Harbour Bridge, the Museum of Contemporary Art Australia (MCA), and Customs House, Vivid Light Walk makes sure you catch a glimpse of all the draw cards.
More of a ‘choose your own adventure’ rather than a prescribed trail, Vivid Light Walk is packed full of break-away spaces for you to sit, enjoy, and soak up the atmosphere and installations throughout the evening. Eateries and drinking holes also line this trail, providing plenty of comfy, warm places to rest your feet.
Nature, childhood daydreams and retro-futurism are the major themes running through this year’s Vivid festival, Sydney. From those on a monstrous scale to others which beckon creativity, asking visitors to move through, around and under – this year’s Vivid Light Walk showcases a whole range of installations.

Several of the city’s landmarks participate in the phenomenal Vivid Sydney light show.

Customs House
VORAX
Projected onto the façade of Customs House is VORAX, the 3D animated story of a mischievous thief from artist Ho Sheung Ning. The three-dimensional animation brings the story to life in a mind-bending way, adding drama and tension not only between protagonist and antagonist, but between the audience and their own eyes as they watch a flat surface display impressive depth.
The Rocks
Point of View
The historic sandstone of George Street becomes a textured canvas for Point of View from Brad Robson and Esem Projects. Dynamic, colourful brushstrokes work and apply layer upon layer of paint made entirely of light, creating a piece that is always in motion, always building to something more. Attendees can watch faces take shape, revealing images of Sydneysiders (from obscure to well-known icons) throughout history.
Cockle Bay
Ephemeral
One of the most immersive installations we’ve seen from Vivid, Ephemeral is nothing short of other-worldly. Sydney design studio, Atelier Sisu are creating a floating walkway for Vivid attendees to wander across while being surrounded by 200 bubble-like spheres and structures. The Spheres range in size, with large ones towering over the walkway. Ephemeral is ground-breaking in many ways, not the least of which being that it will be the first time Cockle Bay’s waters have been incorporated into an art piece for Vivid.

All throughout the Sydney light festival you can find explosions of light and colour. The key precincts of Vivid are: Circular Quay, The Rocks, Barangaroo, and Darling Harbour. Fortunately, the precincts aren’t too far apart and getting around the Sydney city is simple. Plenty people even participate in walking photography tours through Sydney at night during Vivid.

For visitors to Sydney looking to enjoy fine, local food and wine, there are many bars, restaurants, and cafes offering special Vivid menus and deals throughout the CBD. Brave the crowds at Opera Bar, take in the views from The Glenmore Hotel or even Hacienda Bar.
If you want to be in the middle of the action, the Museum of Contemporary Art's Cafe rooftop terrace is a great option, and Frankie’s pizza is right in the middle of town and open until 3am.
Pop into Café Thirty6 at Pullman Sydney Hyde Park before you embark on your Vivid Sydney adventure and enjoy an early dinner.

A great way to see Vivid Lights along the harbour is on a Vivid Sydney Cruise. There are plenty of operators running evening cruises past the Sydney Opera House, Sydney Harbour Bridge, Darling Harbour and many more, with pitstops for you to hop off and explore the installations up close. From smaller catamarans and tall ships to larger cruise vessels, there are plenty of options offering drinks, canapes and event sit down menus. You can even book a private Sydney cruise for Vivid, giving you the best seat in the house!

As part of Vivid Sydney, Vivid LIVE at Sydney Opera House welcomes a whole bunch of ambitious and innovative local and international artists. This 23-day festival of contemporary music takes place on the nation’s most beloved stages in a celebration of artistic excellence. This year, Vivid LIVE is headlined by Sampa The Great and their Afro Future performance. Other performers include G Flip, Flight Facilities, Miiesha, Methyl Ethyl, and plenty more.

This year's Vivid Live has been a genuine pleasure to program ….it's a selection of ambitious outsider artists who've spectacularly succeeded on their own rigorous terms (and) a celebration of the cultural landscape's blurring genres, subcultures and artistic practices…”

Enjoy a handpicked selection of future-facing talks, hands-on workshops and industry-shaping forums at this year’s Vivid Ideas. This year, programs are host to sharp minds that are shaping our future.
Game Changes features mavericks and misfits who dare to think differently, including Magda Szubanski, Jameela Jamil, and Briggs & Nat’s What I Reckon. New Horizons Talk Series looks at the forces shaping society, promising to discuss everything from the Future of Drugs, Fluidity, Men & Mental Health to understanding the appeal of Sects and Cults. Unexpected & Unorthodox takes over Sydney galleries and museums at night and leading thinkers discuss art, music, fashion and more. At the Vivid Ideas Exchange, you’re encouraged to learn from the best at quick and insightful sessions on the latest developments in data and technology.

Parking at Vivid Sydney
You can expect road closures and special event clearways throughout the city each night of Vivid. Traffic will be heavy, and parking is extremely limited, with parking restrictions in effect on most roads in the city of Sydney, so it is recommended that you leave your car at home and make use of the extended public transport offering over the course of the festival.
Vivid Sydney Road Closures and Traffic Restrictions
There will be road closures in place each night throughout the course of the festival, including:
• Circular Quay: weeknights and weekends
• Sydney CBD: weekends
• Chatswood: Thursday, Friday & Saturdays as well as the long weekend Sunday
Catching public transport is strongly encouraged as delays are expected, particularly on the weekends. For further information on road closures, clearways and access restrictions, read more here vividsydney.com/transport.
Public Transport Options to Vivid Sydney:
Extra trains and buses will be provided across the weekends to and from Vivid Sydney precincts.
Use the transportnsw.info Trip Planner to map out your journey to and from Vivid Sydney, with up-to-date train, bus, ferry and light rail information. Be sure to either top up your Opal Card or buy a ticket to travel on all public transport services.

When does Vivid start and when does Vivid end?
Vivid Lights begins at 6pm, and concludes at 11pm; however, some precincts have an earlier start and finish time. Most of the events take place at night in Sydney so that the bright lights shine in contrast to the evening and night sky.
Where is Vivid Sydney held?
The Vivid Sydney festival has installations and activations across many locations throughout the city including:
• Luna Park Sydney
• The Rocks
• Circular Quay
• Darling Harbour
• Barangaroo
Will Vivid Sydney be cancelled if it rains?
Vivid Sydney operates rain, hail, or shine with some restrictions if there are extreme adverse weather conditions.
When should I attend Vivid Sydney to avoid the crowds?
The busiest times at Vivid are on weekends. Friday night, Saturday night, and Sunday night are when most people visit the city to take in the lights. If you can, visit during the week to take advantage of the smaller mid-week attendance rates.
Where to stay during Vivid Sydney?
Sydney has a great range of accommodation options for all budgets. If you are looking to get close to the action in the city, then The Rocks, Circular Quay, Sydney CBD, Darling Harbour or North Sydney are great choices.
Visit Accor to find a great selection of Sydney accommodation to suit your needs. 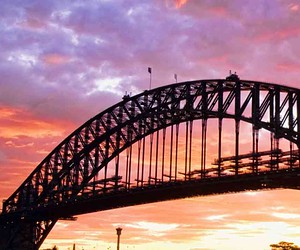 Take in the views of Sydney 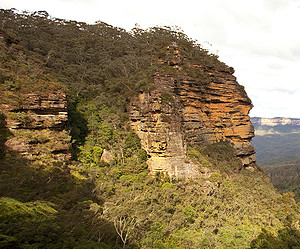 Stretch Your Legs with These Top Blue Mountain Walks

Head along to the Dunsborough Arts Festival

Free Events in Sydney This Season

Where To Find The Best Street Art In Melbourne

Stuck in a rut? Plan an inspirational get away to Melbourne.

Head to Melbourne for a month full of entertainment

Have you grabbed tickets to King Kong?