Here at the Mercure Wellington Central City hotel, we want to make your trip to Wellington the best it can be. Come and visit us and discover why we're the best hotel for travellers looking for local and authentic experiences.

Mercure Wellington Central City is located in the heart of the city, offering modern, self-contained and spacious accommodation. The One-Bedroom Suites have a separate lounge, dining/work desk and kitchenette. Some of these rooms also have stunning views over Wellington City and its harbour. The Two Bedroom Suites have an even bigger floor space with a large open plan lounge, dining room, and full kitchen facilities as well as two double bedrooms and a bathroom.

Just 20 minutes from Wellington Airport and located in the heart of the city, Mercure Wellington Central City is the perfect base for your holiday in New Zealand's capital. Just minutes from Te Papa Museum, Lambton Harbour, and a plethora of shopping, dining and entertainment options. There's plenty to explore on foot, or head further afield to see the iconic Beehive parliament building and family-favourite, Wellington Zoo.

Located in the heart in the City, close to business and tourist attractions, step outside and you are minutes away from wellingtons famous Courtenay Place renowned for good café , bars and theatre.

I did book for 3 nights and check out after 20 minutes of check-in. My room had a terrible smell and carpet, curtains just dirty. The bathroom is the same. I did not stay there for a night. Never go back

Could be better given the brand name

5 nights, 2 rooms @ $750 per room - not exactly cheap. We had to book two rooms as max capacity is 3 per room and we are a family of 4. PROS: Staff are friendly, close to main CBD, on a lucky day the shower was hot and strong (provided not too many people on the floor, otherwise bad luck). CONS: Upfront payment, no other facilities, no restaurants on site, rooms are not serviced unless specially arranged. We did have use of the Staten restaurant at a sister hotel nearby, but couldn't exactly order room service. When we arrived late afternoon only one of two rooms was ready. However on inspection of the first 'ready' room, it appeared there were fresh/recent food stains on the carpet that had not been cleaned. This was not a good start. Fortunately the staff were able to find two alternate rooms for us, one on the 2nd floor and the other on the 12th. The upper level was nice and tidy, modern TV with lots of channels, but heater was not working. This was later fixed. The lower room appeared well used, dated, broken side table, with an old fuzzy TV with only 3 channels. Our sleep was constantly disturbed with trucks collecting bins in the middle of the night in the alleyway next to the hotel. Room was 'serviced' only once at our request which included making the bed, replacing the towels and tea/coffee. The floor has not been vacuumed even once during our stay. The food at Staten was hardly restaurant quality, best described as bar food. I ordered fish and chips meal. The Chips were really good and well cooked, the fish on the other hand was supposed to be snapper, but was rubbery, as if it was heated one too many times. I saw some other diners nearby who also left their meal unfinished. I have stayed and dined at other Mercure's in Wellington and Auckland, but this was by far the worst experience. Would I book Mercure Wellington Central City Hotel and Apartments again? Only if I was desperate.

The apartment was fine; a little tired with carpet stains. But it was well fitted-out and the shower was hot and strong. Kitchen equipment was fine, and lots of coffee, tea and milk. OK we know it's Windy Wellington but one of the windows howled all night long. But, oh dear, breakfast was dismal. We had to walk five minutes to the neighbouring Mercure. That's not the end of the world, but the breakfast room was! No natural light, all various shades of brown, dark photos of Victorian Wellington and thin and insipid fruit juice. The cooked breakfast was perfectly OK, but really the room was depressing. Not even a pot plant.

Dear Guest, Thank you for your feedback regarding your experience at the hotel as feedback like yours help us get better. Thank you for letting us know about the carpet stains as we are currently working on upgrading our apartments and amenities at the hotel, which includes introducing smart tvs, new furnishing and carpeting. We are really sorry to hear about your breakfast experience. As you know, we are a self contained apartment style hotel with your apartment having a full kitchen, we do not have a restaurant on site. The breakfast that was arranged at our sister hotel and unfortunately due to their restaurant being under refurbishment, the breakfast was at the temporary breakfast site in the conference room, which we are sorry to hear did not meet your expectation. We are constantly working towards making changes for the better and we thank you so much for your feedback as it does assist us a lot in making those changes. Warm Regards, Nischal Gurung

My favourite place to stay in Wellington 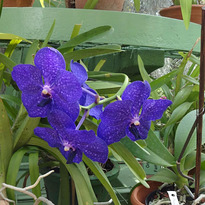 Love that they try to give me my favourite room each time. Up until last year the desk staff knew me and would greet me by name but they have had a big turnover due to Covid. Centrally located and comfortable

Dear Guest, Thank you for staying with us again. We appreciate your loyalty and your continued trust in our hotel and our staff. Rest assured that we will do everything it takes to make us deserving of your loyalty. Warm Regards, Nischal

Ok Hotel, but there are a few issues

We stayed in a 2 bedroom apartment, which was fine for the price. We were asked if we wouldn't mind moving to a different room as the apartments with kitchens may leak in the rain! Breakfast at the sister property (Mercure Abel Tasmin) was the worst I have ever had at a Accor Hotel. The hotel is undergoing a renovation so there is no Restaurant or bar, just a conference room being used for both. Food was only warm, not much choice and didn't look particularly appealing. Very stark conference room, so never returned to use our drinks voucher. So as long as you do not require a bar and restaurant, the Mercure Central is in a great location, cheap and comfortable. I wouldn't stay again.

Dear Guest, Thank you for taking the time to share your feedback. While I wish you had a better experience, it is feedback like this that we learn from and use to improve. My sincerest apologies that our breakfast offerings at our sister hotel did not meet your expectations and I do acknowledge the fact that due to the on-going renovation of the restaurant, we are serving breakfast at a temporary food and beverage outlet in our conference rooms. Unfortunately, with our hotel, as we are more of an apartment style hotel, we do not have a restaurant or a bar on-site and do use our sister hotel. Our renovation at our sister hotel is ending by the end of August and if you do visit Wellington again, please provide us an opportunity to serve you again so we can ensure you have a stay more than perfect. If you prefer a hotel with a bar and restaurant, you may want to check Mercure Wellington Abel Tasman Hotel. Please drop me an email at hotelmgrgm@primehotels.co.nz if you do plan to visit Wellington again. Warm Regards, Nischal Gurung 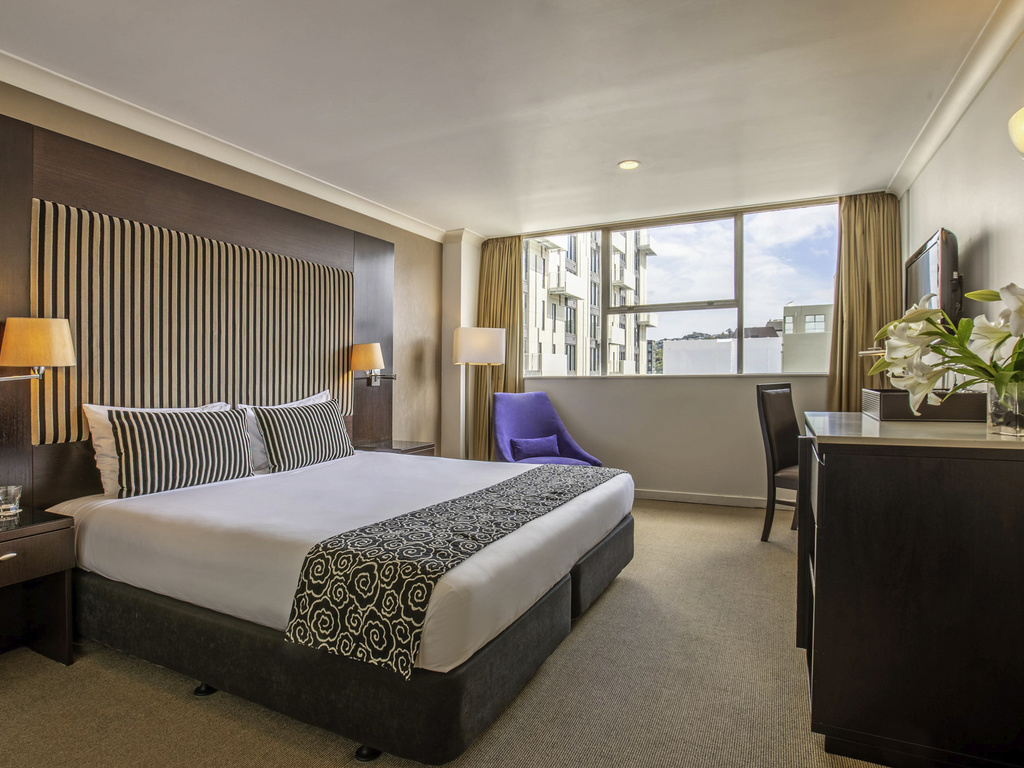 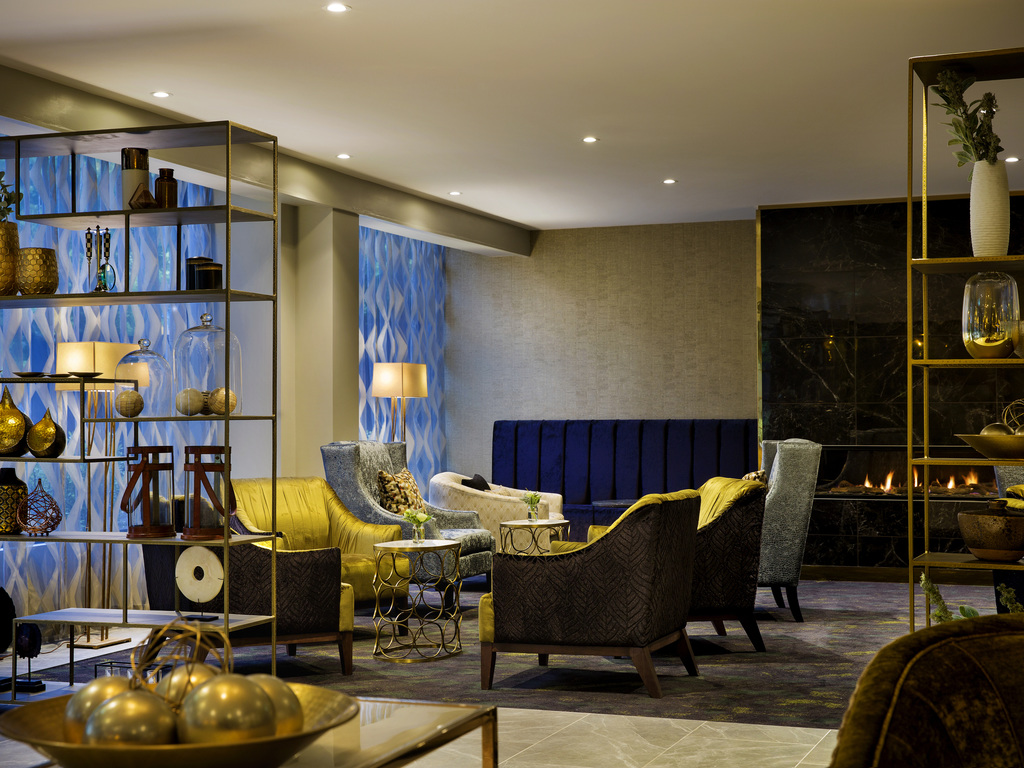 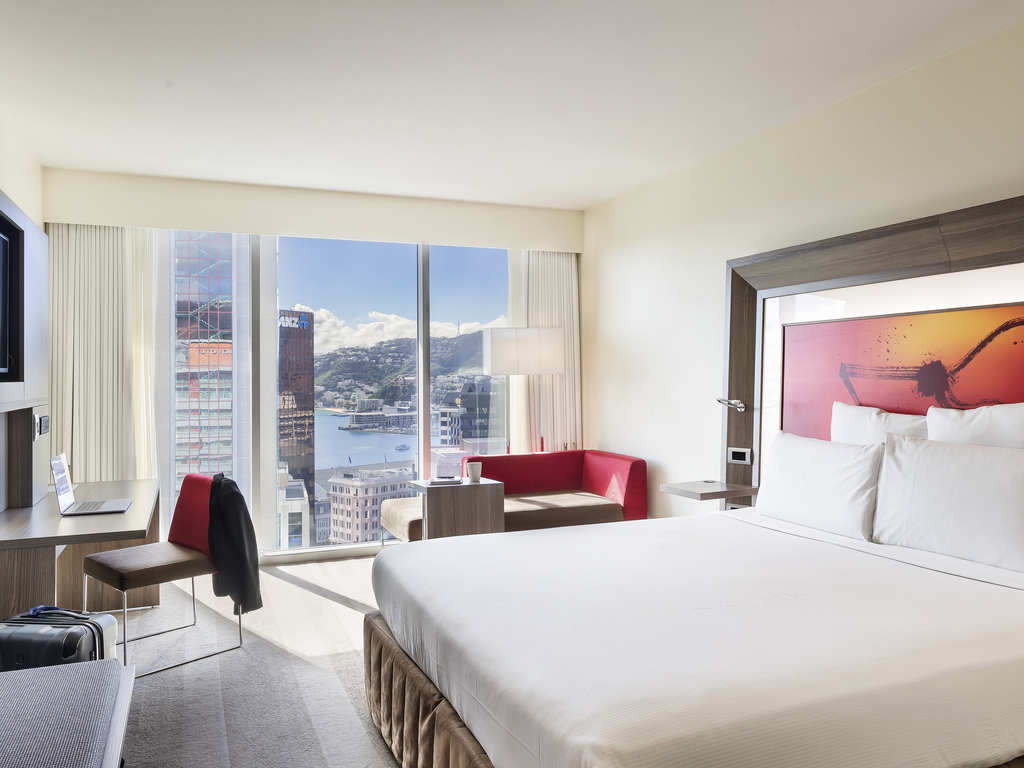