ibis budget - the smart choice for both business and leisure travellers! Our modern, comfortable room can accommodate up to 3 people, with a shower, toilet, and flat-screen TV, all at an affordable price. And in the morning, help yourself to our all-you-can-eat buffet breakfast!

Easy access from the A6, 7 km from Orly, make the ibis budget Viry Chatillon the ideal stopover for your appointments in south Paris or Porte de Versailles. It is close to a shopping mall with restaurants. Enclosed parking with CCTV. For lovers of nature and sport, Lac de Viry offers various walks and trails, a relaxing stopover on the A6 motorway. Direct access by RER to the heart of Paris' monuments: Eiffel Tower, Musée d'Orsay, Louvre.

DOUBLE - room with a large bed for 2 persons.

Triple room with a double bed and a bunk bed.

The code did not work when I tried to enter my room, there was a fault , I try to call for help but nobody was there and nobody answered the phone… had to wait for a few hours, until the man came, then he said the door was faulty and gave me another room. The room was disgusting, toilet was dirty, stains in the shower, poo marks in toilet. Will not use again. Should be zero stars hotel.

Dear ERAN B., Thank you for taking the time to tell us about your experience at the ibis budget Viry-Châtillon A6. I am sorry that your experience did not meet your expectations; please allow me to express my sincerest apologies. At Ibis Budget, we strive to provide a superior service experience for every customer; therefore your feedback is very important to us. Please rest assured that we are taking the appropriate measures to address the problem and prevent future occurrence. We appreciate your sharing your concerns, and it is our hope that you will give us the opportunity to better serve you in the near future. Sincerely,

The experience we had at this hotel was not the best. Initially I had 1 booking for September 23rd to 25th ( for 2 people) , unfortunately an incident occurred on the 24th and I needed a room for my sister and the kids for this reason I made a second booking for September 25th to 26th but what I really needed was from the 24th to the 25th, but as it was already past midnight on the web site it only gave the option of the 25th. I made the reservation anyway and we went to the hotel to see if it was possible to check in earlier, but the gentleman from the reception meet us at the entrance door and said that it was not possible and that it was only available from noon (12 pm). I said ok we would look at other options, but this conversation was very strange because the gentleman at the reception explained everything in French and I understood some things but I don't speak French. A little later my friend arrived and he speaks French, he tried to see if he could get a room and the gentleman at the reception ended up giving us a room. After paying for the room, the gentleman at the reception suddenly said that he would cancel and refund the money. Well I don't know why he did that, but because I only spoke English he was constantly saying that he doesn't speak English and that my friend can translate for me. Even though he cancelled the room, we were ok and my sister and the kids would go elsewhere. The problem increased when my friend and I who had the initial booking between the 23rd to the 25th of September tried to enter the hotel and gentlemen at the reception thought we were breaking in and called the police. I tried to explain to the gentleman at the reception that I have a booking but he didn't want to understand, I asked him to confirm my details and he didn't, the only thing he wanted to do at the moment was to call the police and he did so. He just kept telling us that our reservation its from next day. When he told the police that my friend was being aggressive, when he was being aggressive, on top of that super rude and with bad attitude talking to us. Actually his behaviour was really rude since we arrive there. He was accompanied by another female colleague I tried to explain to her what was going on and I also told her that we have slept at that hotel the night before, because she understood a little English, I also asked her why is he calling the police for us, then I showed my friend's cell phone with the booking confirmation (email) between 23 to 25 and she saw that we were correct and we had the right to be in the hotel. in the same time the gentleman at the reception gave me the phone to talk to the police and I explained to the police lady what was happening, however she asked to pass the phone back to the gentleman at the reception. The colleague said to the gentleman at the reception that in fact we have a reservation and only from there and that he decided to check the system and after confirming that we were right he started to act differently and cancelled the police. The gentleman at the reception didn't even apologize but said we could really stay. After what happened we decided not to stay in this hotel anymore and we left. So with this our booking for 2 days at this hotel we just stayed 1. Another bad thing about this gentlemen was telling my friend that he couldn't understand his French, but its very strange because at the beginning he was understanding everything and he also told my friend to translate to me. With this, I want to express my total displeasure with this situation, because we should have called the police, after receiving so much mistreatment from this hotel staff, I even thought maybe he is racist because this behaviour its not normal. I have never been to a hotel where the behaviour of a staff is of this level. Very bad experience and I will never book at this hotel again. Another point that I think they should review is to have an employee who can also speak English because I believe that not all customers are or speak French. Really horrible experience that I don't want to repeat again.

smoke smell in all the building & room

At first the receptionist attempt to charge breakfast for my sons either I've already been included in my Booking reservation final price. Since there was no chance to make my case I cancelled Booking reservation and make a new one without breakfast for all the family. more than 30€ for 2 adults and 2 baby is not reasonable, mostly with the poor variety I've seen in the morning lay on the breakfast area. Second the structure was quite modern and well preserved, but there was an annoying odor of smoke in the aisle and in the rooms even in non smoker rooms!

Well located in a quiet area, away from the noise of Paris, but only 20 minutes drive to Paris. In proximity of a big supermarket and shopping sites. Surrounded by not expensive restaurants for family. Free parking right under you room window. Clean. Excellent cost-benefit balance. 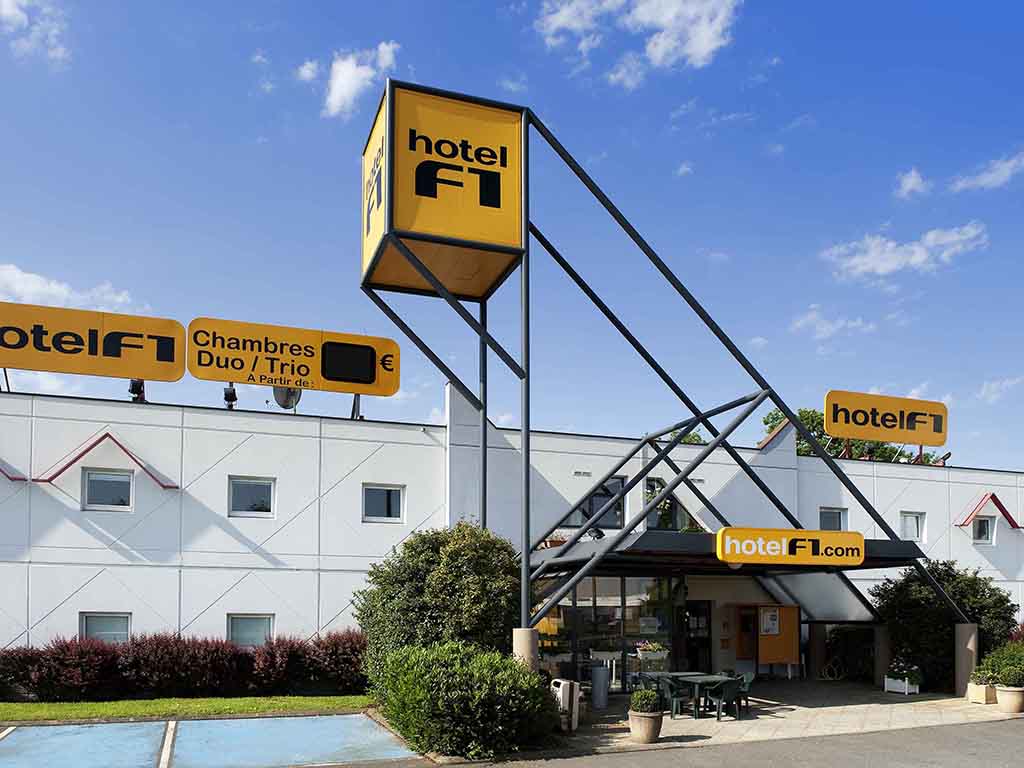 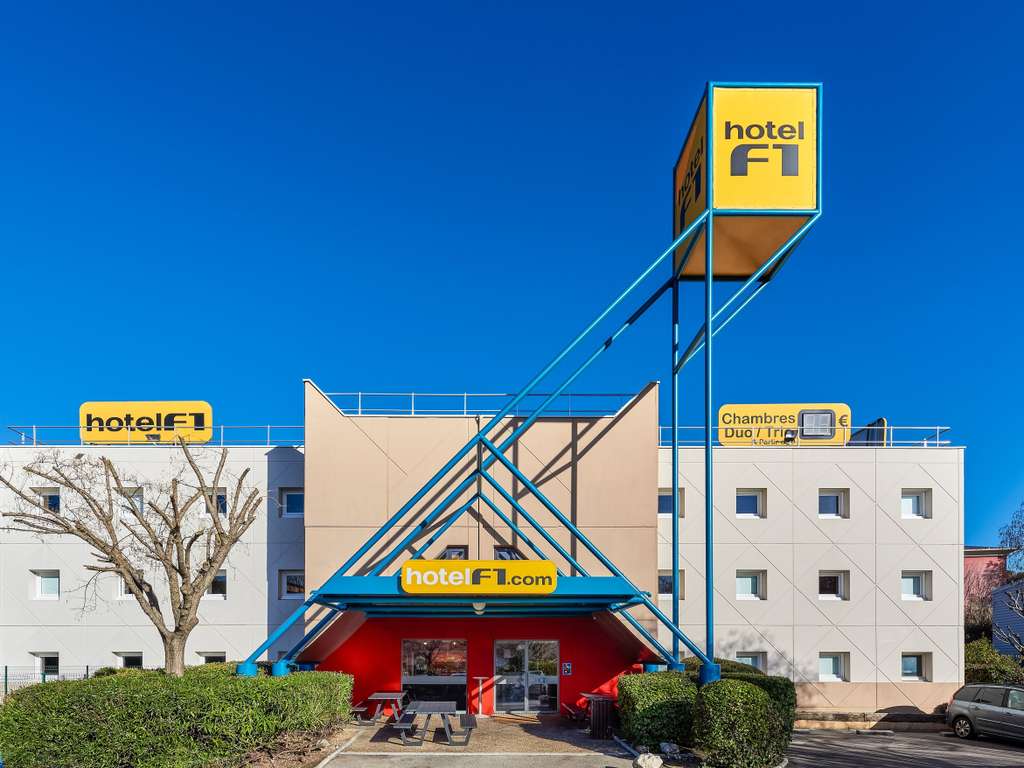 See the hotel
All our hotels in Viry Chatillon