Located at Songjiang Jiuting, next to Jiuting World, Mercure Shanghai Jiuting is 10 minutes by foot from Metro Line 9 and 20 minutes by car from Hongqiao Airport and NECC. It offers 242 spacious guest rooms, a fitness centre and high speed WIFI. With its romantic French design and elegance, the hotel is the best choice for business and leisure travellers. 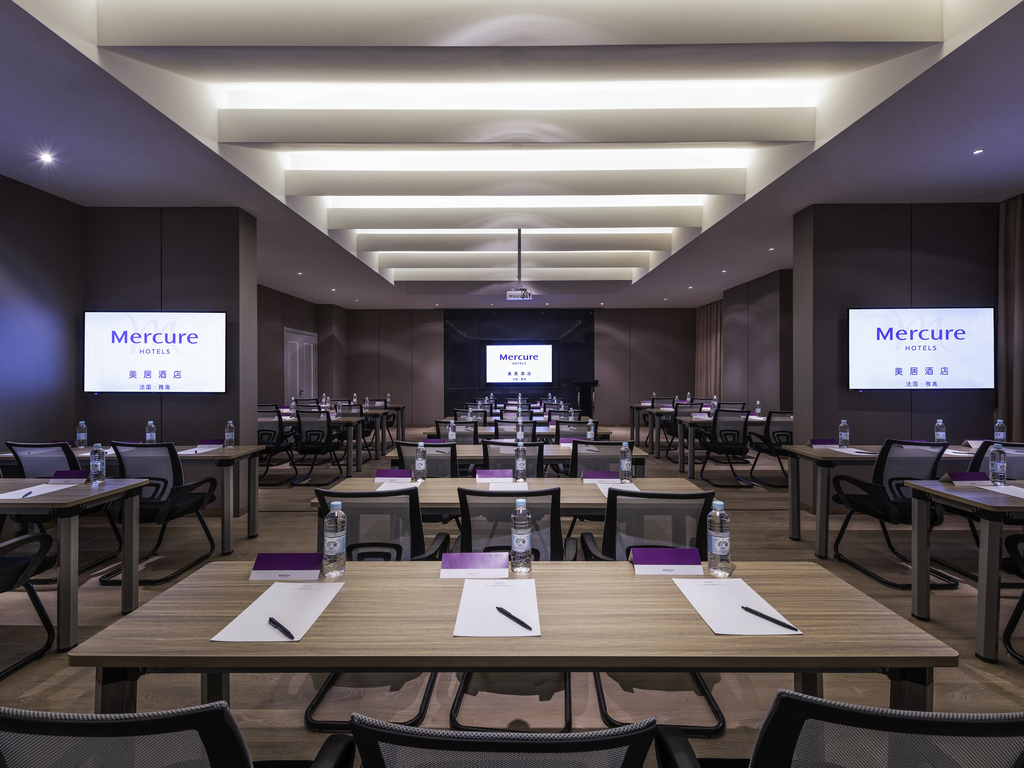 Ok for one night

Mercure hotels in China are a mistery for me, as it is so unclear what qualifies a hotel to carry the name. It doesn’t seem that Accor has requirements to these hotels that they are required to adhere to. I saw all kinds of Mercure in China, from absolutely terrible to surprisingly good. That said, the Mercure Shanghai Jiuting is an OK hotel. It does not seem to identify as an AccorHotels to the outside, but at least rooms interior and lobby adhere to the Mercure design. So there is something familiar when you arrive. As mentioned by others, staff are not very trained in Accor procedures. Nobody acknowledged my platinum membership and no benefits were given. After asking for drink vouchers, I was only given a tin of coke and sprite. Also even the receptionist told me that when in China, I should not use Accor membership but change to a Chinese pendant. Apparently some AccorHotels in China accept this Chinese company’s membership as well. I rejected and went up to my room in 2nd floor. The hotel was fully booked, so there were no higher rooms. The room had a sewage stench that I could get used to after some time, but when I returned in the morning after some sports, it was still there. So if you are sensitive to odor l, better make sure you can have a room on a higher floor. Amenities in the room are good. Cozy beds, big TV, Japanese toilet and good shower with hot water and big water pressure. It was all I needed for my short business stay. The gym is more set up for cardio training, not so many weights there, but fit my needs. One more downside is that the hotel has 13 floors but only two elevators. So with the fully booked hotel I was not only waiting very long for the elevator, but when arrived, it was as packed as the Shanghai subway. And although packed, it will still stop at every floor. There I was really happy to be on the second floor. Just go to the end of the corridor and there are stairs that can be used. Also there is a goods elevator that may guests don’t know of, so rather look for that one when you are on a higher floor. After all, for a business stay this hotel fulfills it’s purpose. And as one of my company’s plants is very close here, I will definetely come again.

First of all, this is one of Accror hotels, am I supposed to get this bad service from a Accor hotel? I still could not believe what I have experienced, the Front Desk manager Ms.Tang who is very rude and impatient, she is not qualitied for a manager, I can believe she is even a manager from Front Desk? OMG!!! If she is a manager in your hotel, then everyone definitely can do that job, and much better than her.

English is poor, I asked for an iron and received shampoo. The first room they gave me was like a dungeon, the window was over 6 foot from the floor so was like a slit high up on the wall. If this is what they offer an Accor Plus member then what would the average person get? Not a good first impression from me.

This is a nice hotel located in the outskirts of Shanghai. All the staffs of the hotel are very good. Front desk staffs are very helpful and friendly although most of them do not understand English . Rooms of the hotel are well kept and clean. They have small fitness centre. This hotel does not have a restaurant. They serve buffet breakfast in the morning but the menu is very repetitive. There is a shopping plaza just outside the hotel in the same campus where you find a number of different types of restaurant .No Visa or MasterCard is accepted in any of the restaurants here or in any shop. Only Unionpay or cash is accepted. 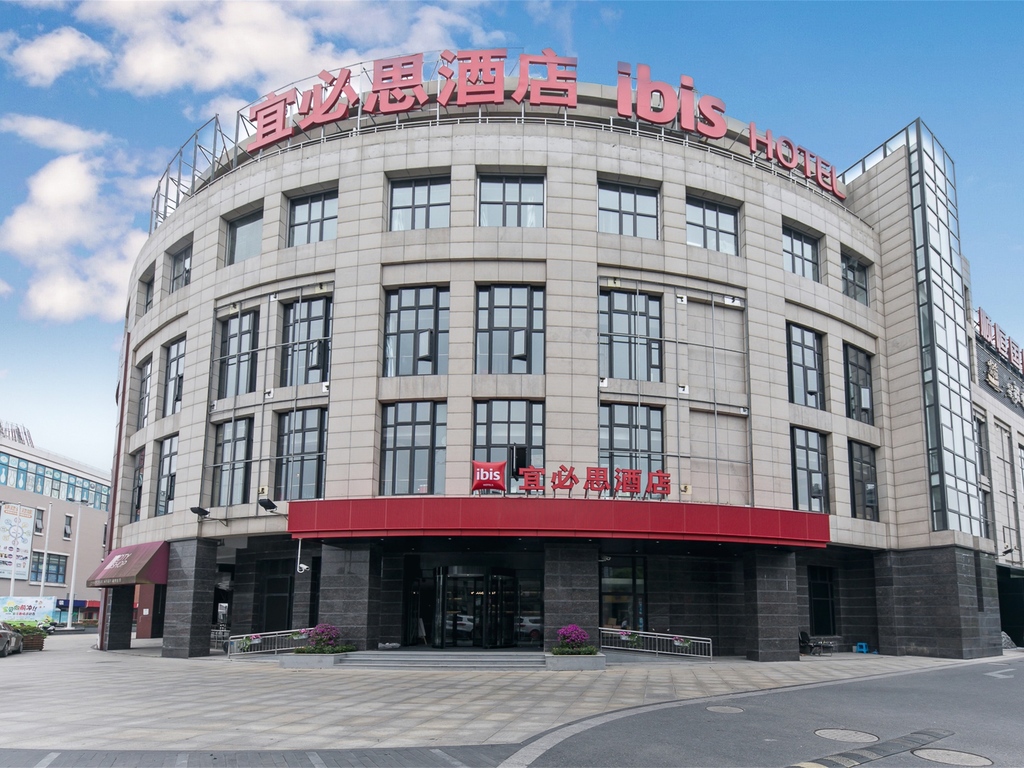 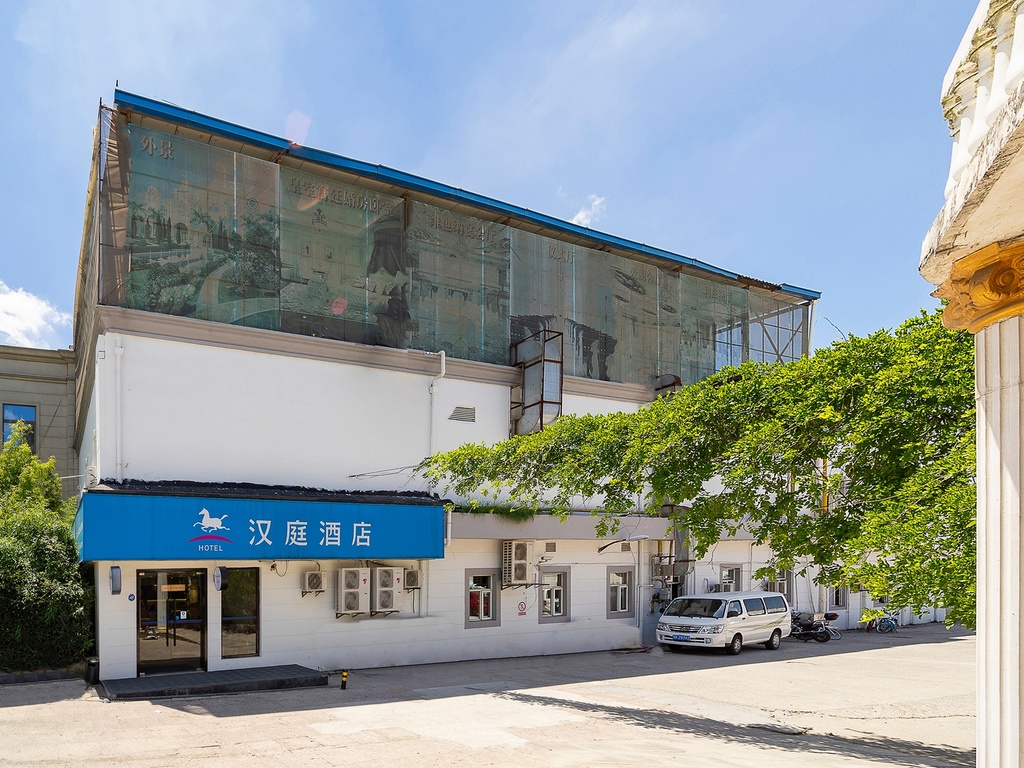 See the hotel
All our hotels in SHANGHAI