This was my first time in santiago and i had a pleasant stay. All people are friendly and accommodating. I enjoyed my stay. Clean room, cleab toilet, friendly staff, good location, accessible to many places, safe. highly recommended.

People at the front desk are nice, also in the restaurant they put a lot of effort to make thigs goes perfectly. I was with a 6 months daughter, and they made her some special food (which was very nice) and so on, but... On the check in, there was only 1 person and the line was big. Even I'm being gold and have the right on preferential check in, adding that I was with a 6 months daughter, no one gave us attention and took 20 minutes untill my turn comes up. The breakfast in tihs facility is to poor in compare with others, but at least people on the kitchen and lobby are hardwork and makes the things move, even that was complrtely full I had no troubles on eating. The room was very bad, thge bed to soft and was deeping when we were there. The other bed (It was a 3 rrom) was very small and I was beating the desk all the time, and also not that good. And in 7 days, 4 we had problems with the shower which was not warming up. Finally, the price is much higher than another IBIS around South America, and maybe It's time to try new hotels.

Where was the fridge?

The room chosen had exactly the same characteristics as the standards of other ibis hotels around the world. However, it did not have a minibar and this specification was not included in the accommodation reservation. This caused discomfort for us guests and also the hotel staff, who were all bothered by the request for glasses with ice.

bad breakfast service, a lot of options missing and/or slow reposition. very slow check-in, only one person to attent there was a night I went down to buy a bottle of whater but there was not whater available

Excellent hotel with good facilities all around 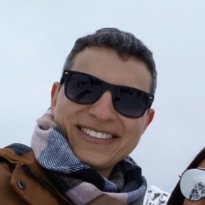 Next to many bars, restaurants and metro station, easy access to downtown and both Cerros (San Cristobal and Santa Lucia) with a privileged view to Andes, helpful staff and very good breakfast, strongly recommend.