We comply with the ALLSafe protocols and have been given the Bureau Veritas certification to ensure all health and protection measures are in place for your stay. We are ready to welcome you!

The Sofitel Guaruja Jequitimar resort's contemporary design brings a sense of peace and sophisticated accommodation, a view of the Atlantic Forest or the sea, soaking bathtub, balcony, and L'Occitane amenities. Have a memorable dining experience at Les Épices restaurant, an exotic mix of French, Mediterranean, and Brazilian cuisines. It has a pool, kid's space, spa, gym, multi-sport, and tennis courts.

The resort in Guarujá beaches has many activities, such as volleyball courts, canoe rental or stand up paddle, and others. Enjoy the amazing So Spa with L'occitanne, with special baths and massages. Enjoy a stay at a hotel on the Pernambuco beach to shopping and leisure around La Plage Mall, a 25-minute drive, and have a special and romantic evening at Rufinos or Dalmo Restaurants, a 7-minute drive.

National and international haute cuisine is served at the Brisa Restaurant in the form of a delicious, varied buffet prepared by French chef Patrick Ferry. Monday to Friday, 7am to 10:30am and 12:30pm to 4pm. Weekends and public holidays, 7am to 11am

Enjoy a menu specializing in fresh seafood while admiring the views from the seafront at the Mar Casado Restaurant. Open 1pm to 4pm.

Enjoy relaxing moments in a modern and sophisticated environment and drinks inspired by seasonal trends at the L'Eau Vive Bar. Open 9am to 1am.

L´Eau Vive Lobby Bar has a modern, yet sophisticated and elegant atmosphere. Enjoy spending time at the pool bar whilst sampling delicious snacks and your favorite drink.

Fun for all the family in our pool, which also boasts a pool bar and a children's area, in addition to hosting the most entertaining activities throughout the year.

The hotel is proud to be partnered by Companhia Athletica, one of the country's biggest health club chains. Guests have access to world-class, state-of-the-art equipment such as Life Fitness running machines and exercise bikes, as well as expert trainers.

So SPA with L'Occitane provides a welcoming and elegant ambience looking out to sea. Pamper yourself with a full range of beauty treatments and emerge feeling revitalized and bursting with energy. 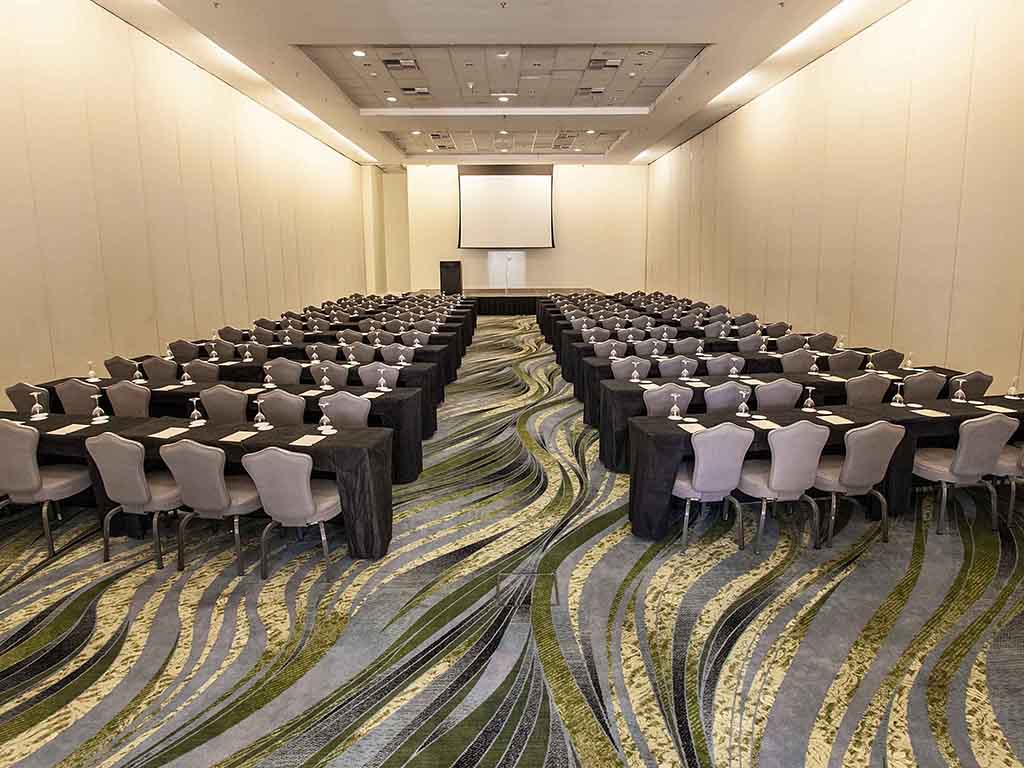 The apartments at the Hotel Guarujá hotel perfectly satisfy a diverse range of requirements. Whether you are here on business or a family vacation, our apartments offer the luxury and comfort you have come to expect of Sofitel.

Room Office - Apartment without bed adapted as an office

Good experience, however the air conditioning in the Restaurant is really bad. Most of my meals my family and I spent sweating.

Dear Mr. M., Thank you for taking the time to tell us about your experience at the Hotel Jequitimar Guarujá Resort & SPA by Accor (ex Sofitel). I am sorry that your experience did not meet your expectations; please allow me to express my sincerest apologies. At Accor, we strive to provide a superior service experience for every customer; therefore your feedback is very important to us. Please rest assured that we are taking the appropriate measures to address the problem and prevent future occurrence. We appreciate your sharing your concerns, and it is our hope that you will give us the opportunity to better serve you in the near future. Sincerely, Márcia Miranda Hotel Manager Hotel Jequitimar Guarujá

Dear Mrs N., Good Morning! We very much appreciate your comments regarding your stay at the Hotel Jequitimar Guarujá. It is always a pleasure to receive positive feedback. I will share your comments with our team. I am sure that this feedback will serve as an encouragement to all of our staff as we strive to continuously improve the quality of our services. Thank you again for sharing your experience, and we hope your next visit will be as pleasant as the previous one. Sincerely, Márcia Miranda Hotel Manager Hotel Jequitimar Guarujá

As always, the wonderful location and fine dining made the stay quite pleasant, but we witnessed some faults that soured our experience a lot. First, the So Spa swimming pool was downright gross - dirty water, leaks with plants growing, falling tiles with some bits repaired in an obviously makeshift way. If you are going to let guests use the pool, make it usable and presentable, since we are paying quite a bit for it. Then, the Spa staff goes to the trouble of asking for preferred style of music, but when my session started, it wasn't what I had chosen and the sound box was actually faulty, full of static, so I asked to receive my massage in silence. But the really troublesome part was the catering service: at the kids restaurant, a mother dropped a bowl of soup - a kitchen staff member saw that, but remained static instead of helping the woman, who cleaned the floor by herself. On that same day, at the main restaurant, another kid dropped and broke a plate, which caused a bit of a commotion with guests trying to help the startled boy, but no member of the staff came to check - instead, they seemed to flee the vicinity of the occurrence. The boy's grandma had to pick up the broken pieces, which were sharp, and I urged her to just leave them on a nearby visible place so the staff - hopefully - would clean up, since she had to console the boy and juggle her own plate of food. It wasn't until some 20 minutes later, when I called an attendant to have the broken place removed, that the scene was finally cleaned up. Definitely not the kind of things one wants to see during their vacations.

Dear Mrs T., Good Morning! It is with great respect that I receive your feedback about your experience in Hotel Jequitimar Guarujá. The feedback from our guests is very important to us, and through your report, we can work punctually in areas that deserve more attention. I am sorry that your experience did not meet your expectations; please allow me to express my sincerest apologies. At our Hotel, we strive to provide a superior service experience for every customer; therefore your feedback is very important to us. Please rest assured that we are taking the appropriate measures to address the problem and prevent future occurrence. We appreciate your sharing your concerns, and it is our hope that you will give us the opportunity to better serve you in the near future. Sincerely, Márcia Miranda Hotel Manager Hotel Jequitimar Guarujá

We stay 2 nights and 3 days. First 2 days were raining and cold. We couldn't go to the beach or swimming pool. Last day morning the weather was ok. I ask for check out 14:00. Everytime they allowed me to check out 14:00 but this time they asked me to leave 12:00. After some talk they allowed to 13:00. This one hour difference is very important to us because we have 2 kids, one of one year and another 3 years. Also, the room have a lot of ants. This trip was very disappointed. Most because of the weather, not your fault. But the check out at 13:00 make me not feel comfortable since me and my family are a long term client .

Dear Mr. L., Good Morning! It is with great respect that we receive your feedback about your experience in Hotel Jequitimar Guarujá. The feedback from our guests is very important to us. I am sorry that your experience did not meet your expectations; please allow me to express my sincerest apologies. At our Hotel, we strive to provide a superior service experience for every customer; therefore I will share your comments with our teams. Please rest assured that we will dedicate ourselves to improve our services. We appreciate your sharing your concerns, and it is our hope that you will give us the opportunity to better serve you in the near future. Sincerely, Marcia Miranda Hotel Manager Hotel Jequitimar Guarujá 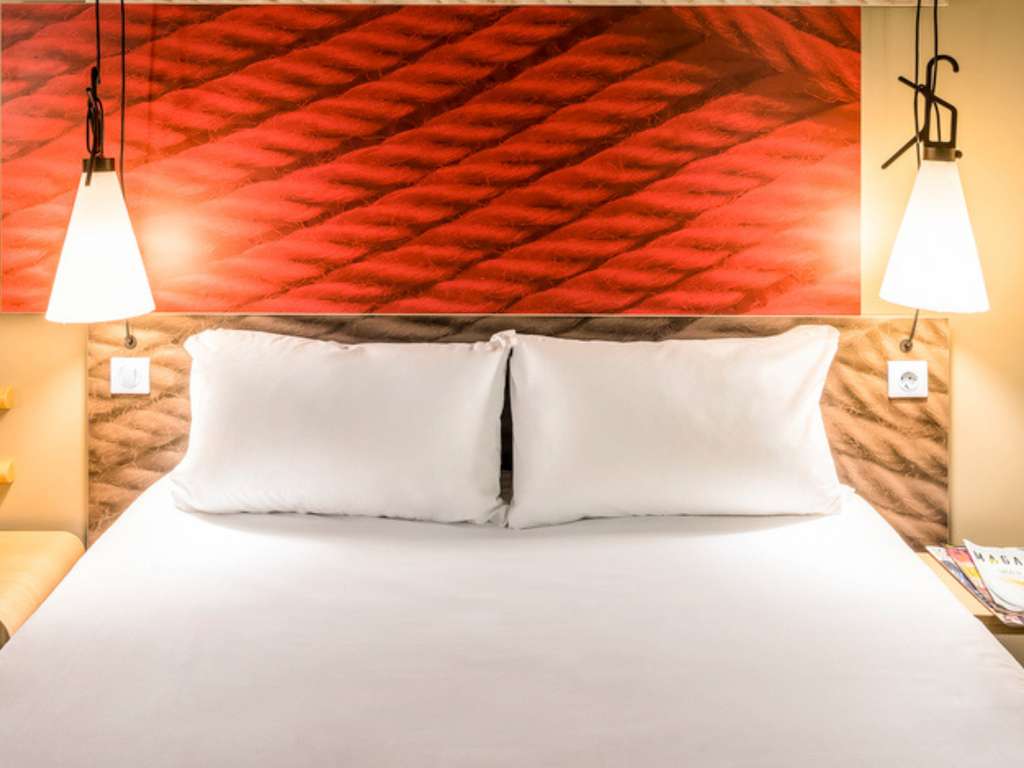 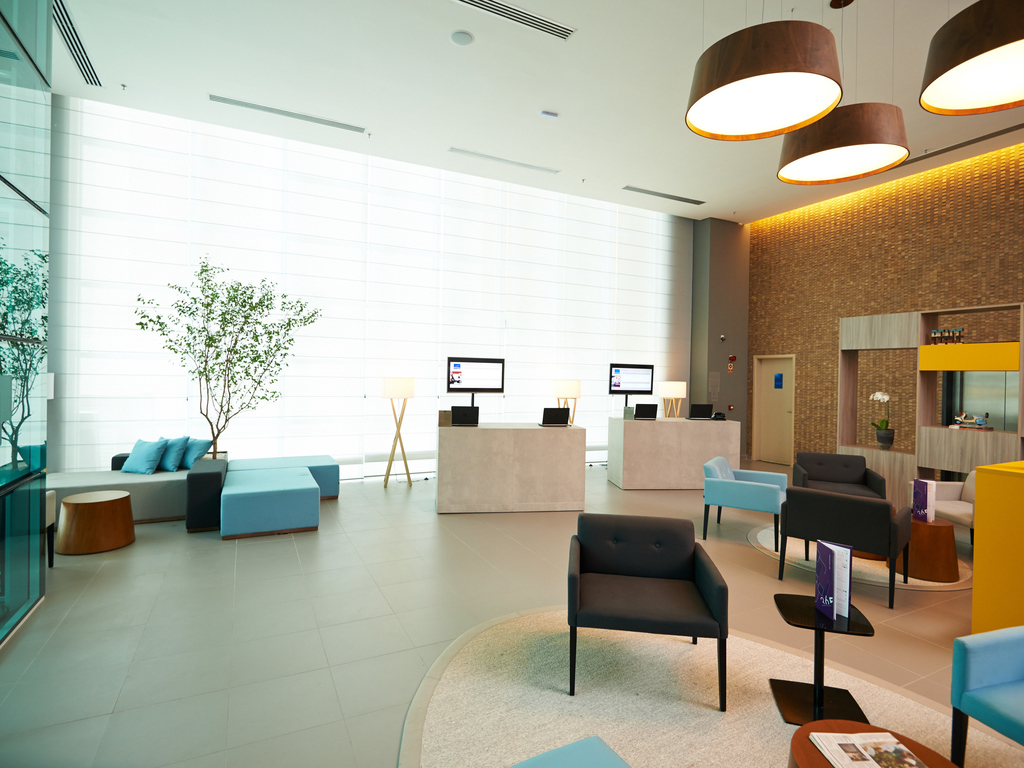 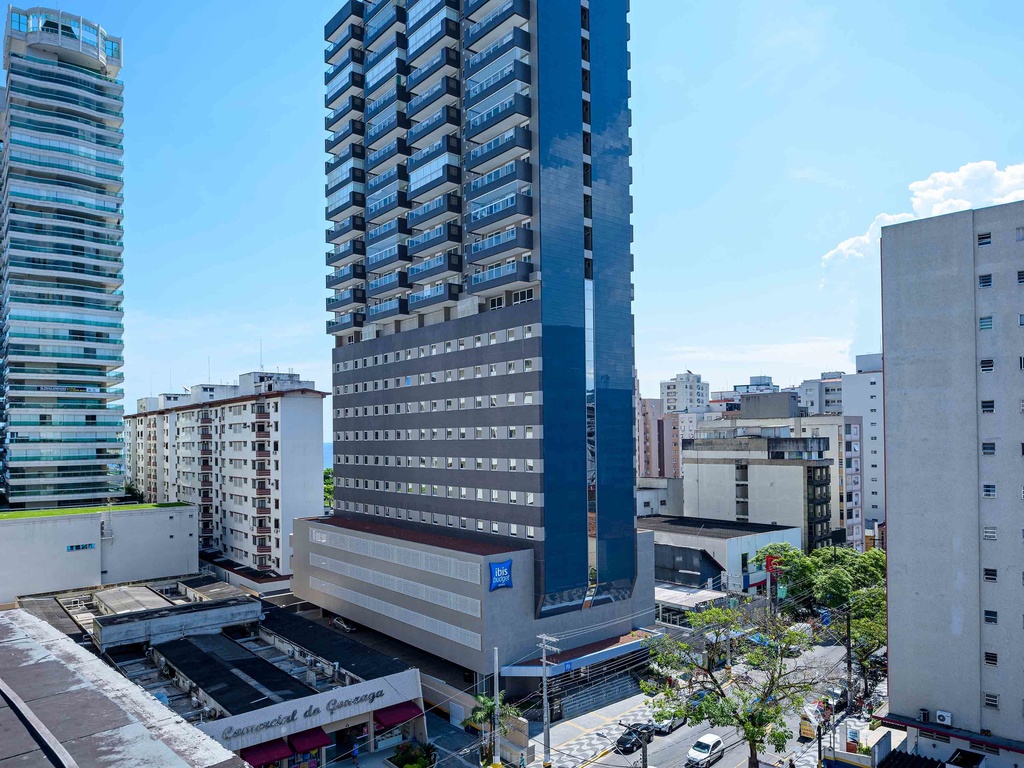 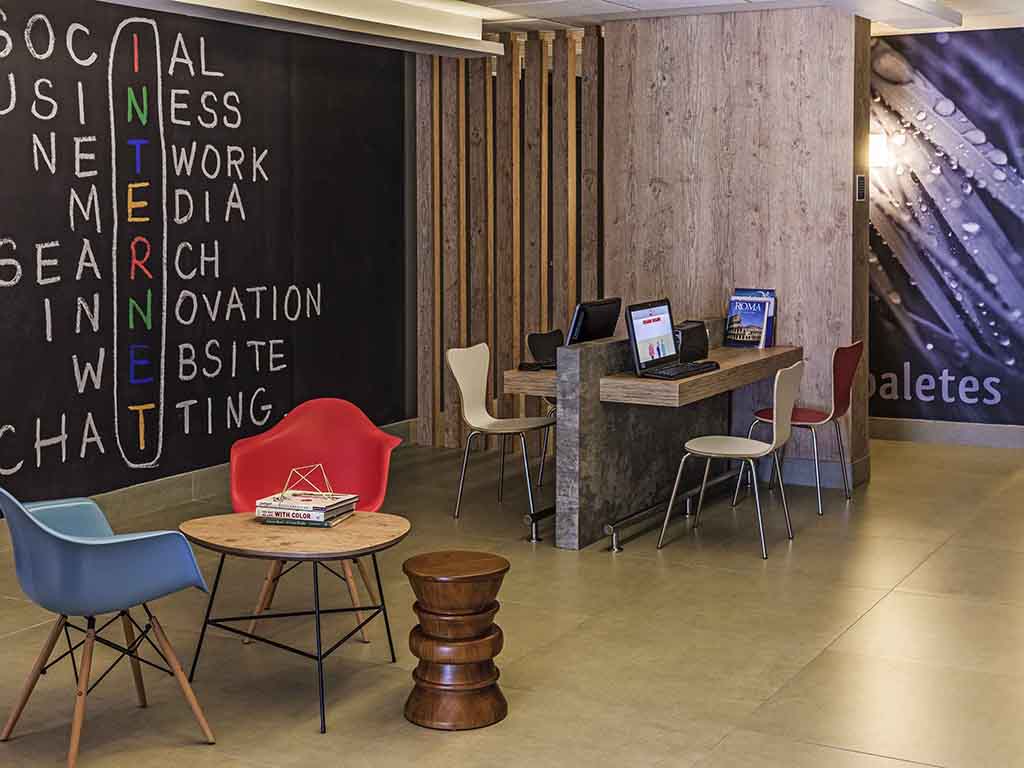