The Ibis Brest Centre hotel is located in the city centre, close to the port and 500 m from the Convention centre. You can explore the Sea museum, and also the aquariums of Océanopolis and the ancient castle built during the Gallo-Roman period. Located 1 km from the railway station and 7 km from the airport, it proposes 71 refurbished rooms for booking, a bar open 24/24, public outdoor parking and Wifi wireless Internet connection for guests on a business trip.

At the bottom of rue de Siam, near the Pont de Recouvrance. Near the harbor (ferry links to islands), château (navy museum), Océanopolis, and the Moulin Blanc beach.

Enjoy a wide selection of internationnal drinks and beers, along with our 24/7 snack food available at the bar or to take in rooms.

Terrific breakfast and friendly personell, no complaints there whatsoever. Unfortunately, as we read later in online reviews, there seem to be two different areas of the hotel, one with more modern rooms and one with older ones. Both however seem to be in the same category and therefore of the same price, which is probably not justified. Which one you get seems to be random. We did not see the newer ones, anyways, our room was not as depicted on the website. Apart from that, the bed was not a double bed as described, but two separate beds put together. On the slick floor, they moved easily, meaning we had to take care not to fall in between them. Apart from that, we got a room towards Rue de Siam, where people are partying until 1AM even throughout the week. The windows were not fit to hold the noise. Furthermore, our room was just above a bar, therefore we had to endure noise form constantly moving chairs until way after midnight.

Dear ROLAND A., Thank you for taking the time to tell us about your experience at the ibis Brest Centre. I am sorry that your experience did not meet your expectations; please allow me to express my sincerest apologies. At Ibis, we strive to provide a superior service experience for every customer; therefore your feedback is very important to us. Please rest assured that we are taking the appropriate measures to address the problem and prevent future occurrence. We appreciate your sharing your concerns, and it is our hope that you will give us the opportunity to better serve you in the near future. Sincerely, La direction

Perfect location for a city trip

Good location near sightseeing places. Shopping and restaurants nearby. Rooms are comfortable and have been renovated with taste. Decent choice of international TV channels and quality LG TV.. Friendly attentive staff.

Excellent as always in this Hotel

Helpful and understanding staff, my French is limited and reception staff took the time and respect to allow me to try and comfortable even with my mistakes.

Hotel was closed for renovation for nearly 6 months. New overall style and colour scheme enhance the available space and contribute to give a feeling of relaxation from the reception area to the room. Breakfast room has now natural light. Bigger and better TV offers a wider selection of foreign channels (including Al Jazeera, CNN news channels) 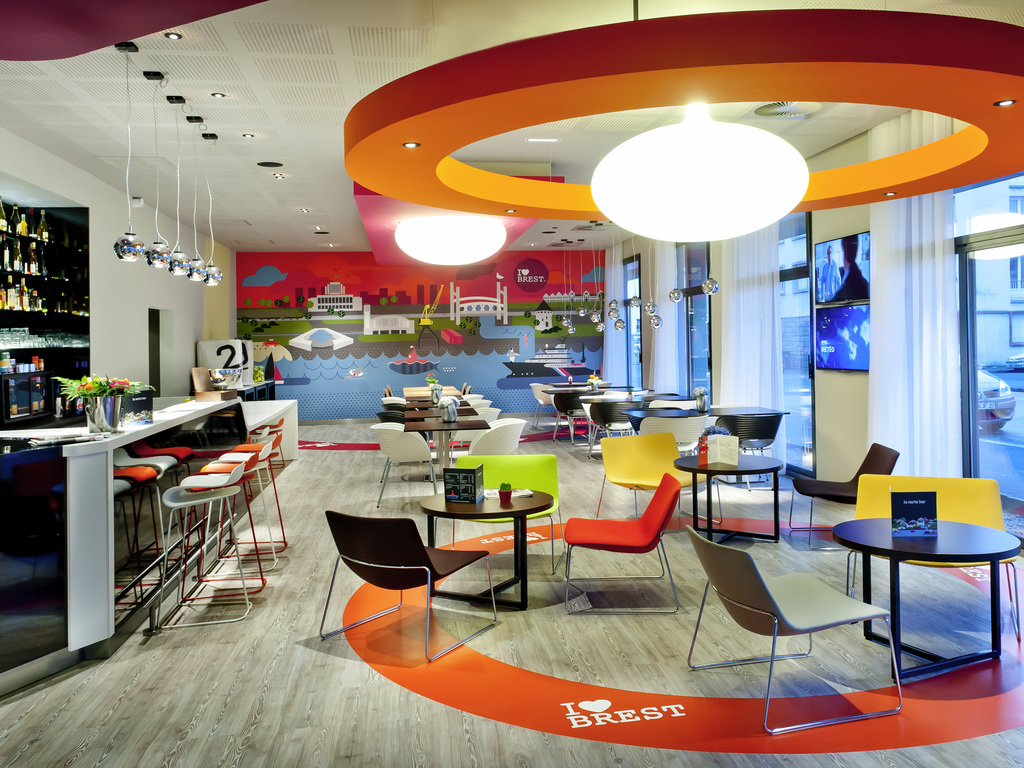 See the hotel
All our hotels in BREST