Guest Satisfaction, Health and Safety of our Guests and Heartists remain our top priority and concerned in currently situation. We are followed and implemented strict measure of SHA in accordance to the Thai Governmental and ALLSafe of Accor for local and International hygiene requirements.

Welcome to the serenity Rim Pae Beach, Novotel Rayong Rim Pae Resort is delighted to present the latest renovated rooms and suites for your convenience, hopefully that your holiday at our beachfront resort will be a great relax, healthy and memorable.

Mid-scale, 4-star hotel, Novotel Rayong Rim Pae Resort is situated right on the shore and white sandy of Rim Pae Beach, with crystal clear water of the Gulf of Thailand and views across the ocean to neighboring island Koh Samet. Offering 189 comfortably rooms, suites, and villas, provided the most convenience and safety stay in the tropical atmosphere for all guests. All rooms and suites recently renovated with the combination of modernity, relaxation and efficiency. Perfectly for all kind of holidays.

During your stay, our all-day-dining of three Restaurants and two Bars will satisfy your hunger from early morning till late evening with a range of cuisines, from traditional Thai and International at The Sky and The Garden, to Italian at The Shore . As Thailand's first Accor resort, Novotel Rayong Rim Pae Resort balance the design's natural touches, tradition and cultural significance with a modern flair. The exclusive loyalty program provides and rewarding resort experiences for ALL Members.

Located close to our garden, rather you choose to dine inside or at the terrace. Our chefs are delighted to offer you a culinary experience of Thai cuisine and some International dishes while the in house live band performs during the high season.

Take a break and try our home made pastries, freshly baked bread or cookies. We also offer sandwiches, tea & coffee take away.

Located right next to our pool, sit at the terrace enjoy a nice sea breeze while having a light meal during a hot day or a romantic dinner by the pool deck. We offer a selection of Italian cuisine and Mediterranean.

Take a seat and sip ! Located by the pool, overlooking the gulf of Thailand our pool par is the best place for you to enjoy exotic cocktails, refreshing smoothies, ice cream and snacks.

The low-rise Beachfront resort, Novotel Rayong Rim Pae Resort offers 189 units containing of 179 unique rooms, 9 convenience suites and 10 classic villas. All rooms and suites have lately upgraded and renovated in 2020 with modernity decor ad technoloy in combining the bright colors for relaxation and functional efficiency. Each with private balcony with greenery or ocean view in partially room category. Full set up of amanities with Novotel's standard consistency to your comfortable and FREE WIFI

We have visited ta this hotel now about 5 times and it's all ways feels like home. From last visit is now about 4 years and in that time only thing what could say that wasn't like we waited was breakfast. This is also undertable that maybe most of quests are from Asia so most of assortment where for asian style.

We get as Everytime a perfect stay. Nice staff, perfect housekeeping and good management of hotel facilities. I get two very professional and well being massages at your hotel spa

We had 2 rooms booked for 2 nights together with their 'my drinks' and 'my kids' vouchers, all purchased via the Accor website. The Good: The rooms at the hotel are newly renovated so quite nice, and the staff friendly. However we did have problems... The Rest: The drinks and kids vouchers were not worthwhile, when we arrived we were told of the limitations on their use, regarding number of beers and glasses of wine you could have. None of which were on the website when we booked, this was ok but the way were informed of these limitations was such that we had a feeling we were getting some undeserved freebie, not something we had paid for. Didn't mind too much about this at the time just thought it was perhaps a language issue. However it got worse. We tried to use the vouchers a few times, but it was always a problem, with staff not knowing what it was and again treating us like second class customers for having them. This came to a head when we had to wait nearly an hour for a glass of water for our daughter and at this point we visited reception to cancel the vouchers, having had enough. I must stress I don't really blame the individual staff members for the problems, they are just not properly trained and there simply aren't enough of them. When we came to check out, and as I half-expected, we had further problems. On our bill we had been charged for the vouchers, but also for our drinks. I thought initially this was probably just a lack of communication but, on reflection, how can it be? The vouchers would make the drinks free, but if we were being charged for the drinks then clearly the vouchers are cancelled, how can they try and charge us for both? In any event probably an honest mistake that we finally sorted it out, and there was no real harm done. In conclusion the hotel is OK, staff around the hotel pleasant and friendly, just unfortunately they are inadequately trained and there are too few of them. Finally - check your bill carefully! We were almost overcharged 3,000 bt.

So noisy room to relax

It was close to beach and clean room but nothing around there so it looks like relaxing resort. However, the door of the room does not block the noise from outside so every sound from the aisle such as someone’s walking, talking, kids’ screaming and even neighbors’ door locking sounds are clearly and so badly heard inside the room. If someone stay all day long outside until all other people sleep, I can recommend for only sleeping time but you will be mad with those terrible noisy sounds while staying in the room. Also, I went there to celebrate my birthday but even I presented my ID having my official birthday, no staffs said anything even congratulations or thanks for visiting our hotel for your birthday trip. Anyway the staffs in the check in counter were just doing their earning money works, not kind hospitality of hotel service works.

Novotel Rayong has very good facilities and a great location for sunsets.

The resort is what I expected for the price. I enjoyed my time poolside and at the beach only a short stroll away. The sunsets are amazing!! Breakfast was very good. Restaurants served nice food but a bit pricey with the ++ charges. The service was lacking. From check-in to check-out mostly service was lack lustre and the manager and employees seemed disinterested and did not really desire to interact. I found the most helpful staff to be the Leisure Manager (poolside). Nothing was too much trouble for him and all done with a friendly smile. Room cleaning staff were also very friendly and "Boomb" at The Shore Restaurant was helpful.

Dear David B., We very much appreciate your comments regarding your stay at the Novotel Rayong Rim Pae Resort. It is always a pleasure to receive feedback. I will share your comments with our team. Please be rest assured that all of your comments are well noted and will be used to further improve our standards. Thank you again for sharing your experience, and we hope your next visit will be as pleasant as the previous one. Sincerely, Stefan REHM General Manager 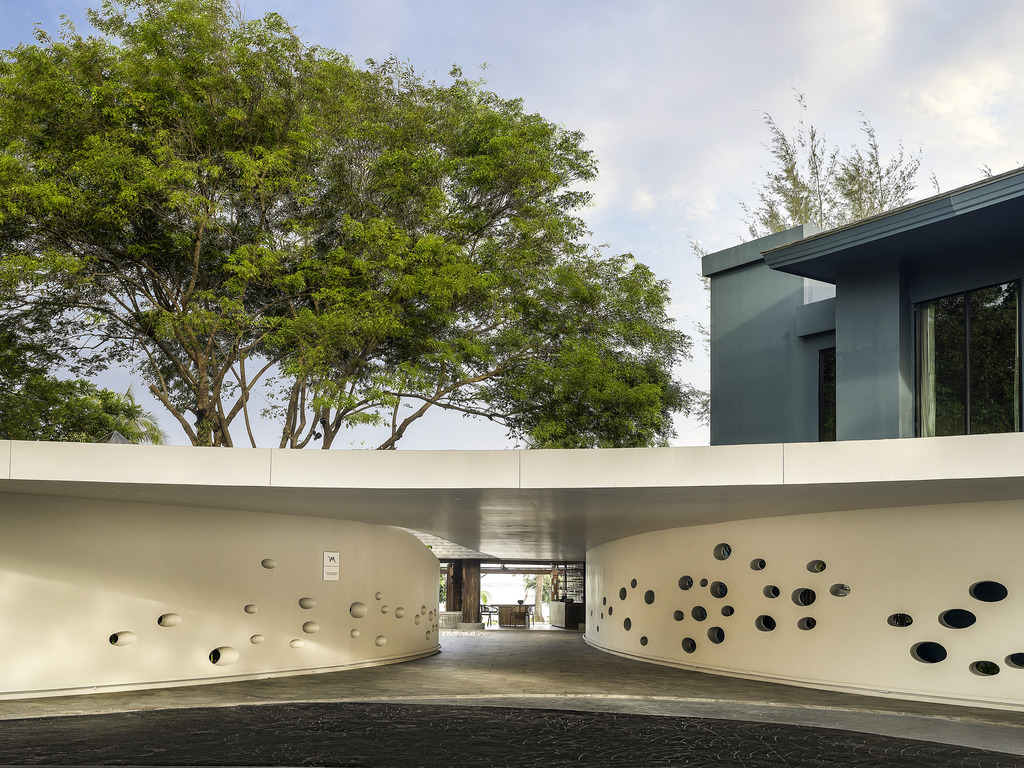 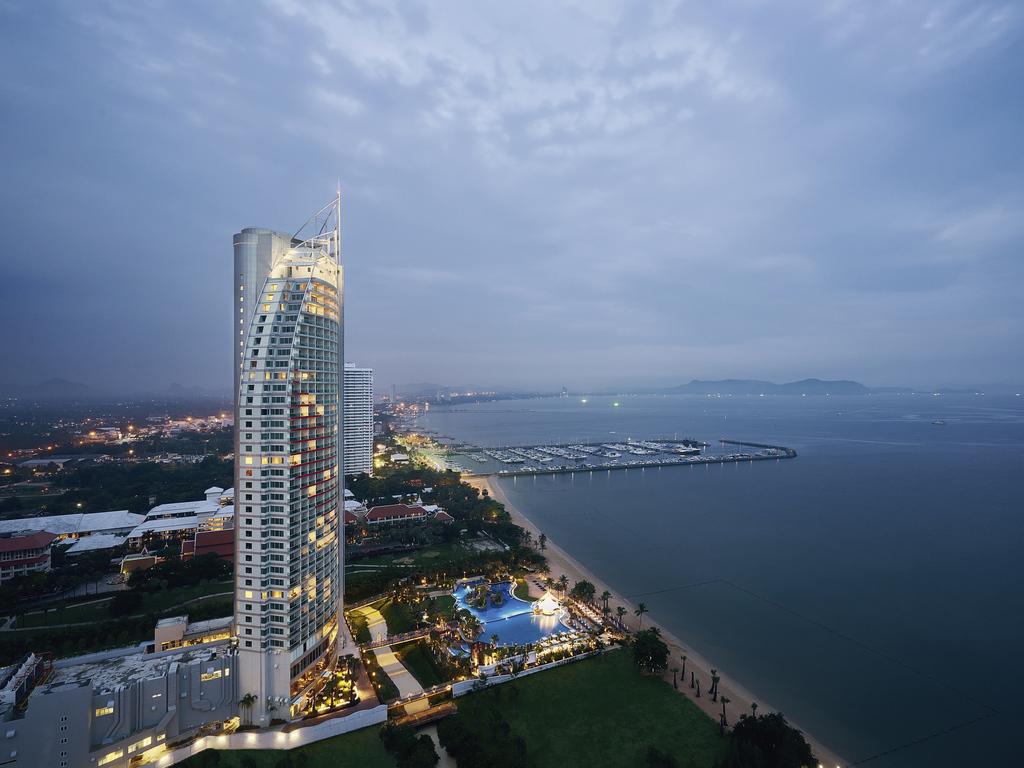 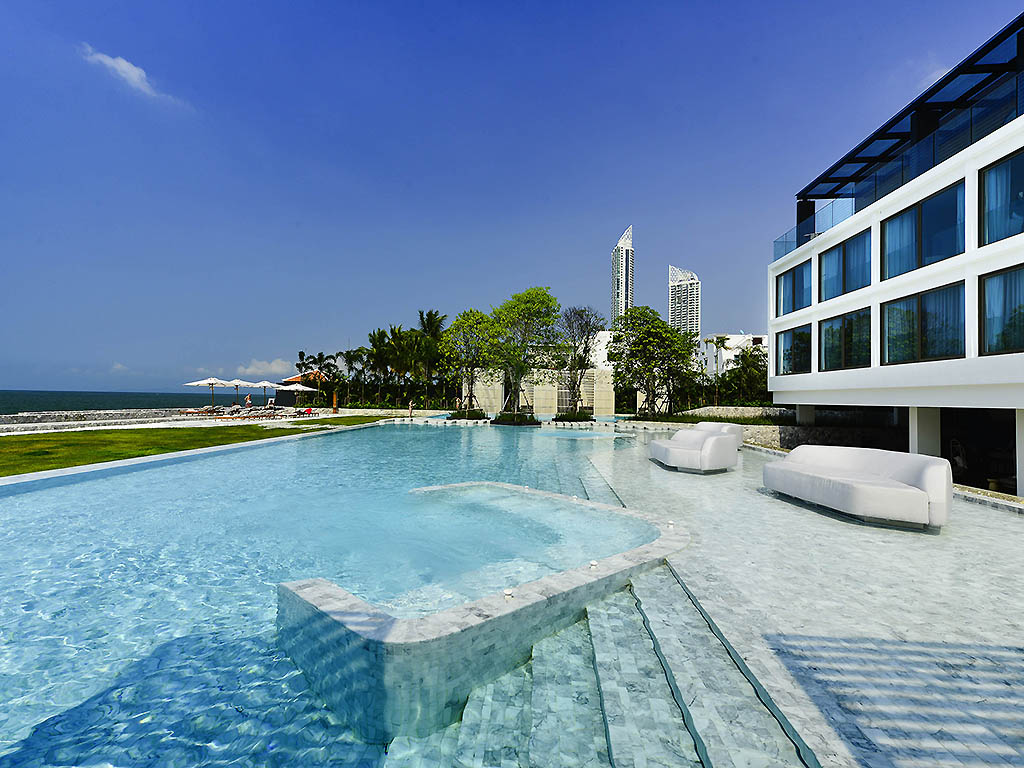 See the hotel
All our hotels in Rayong