All hotels in ATHENS

#WeAreOpen to welcome you for an ibis Styles experience! Please note that the operation of Colors restaurant and All Day Routes bar is currently unavailable.

We welcome you to Athens! We invite you to experience a cozy stay in our unique design hotel & discover all the beauties of Athens within easy reach. We look forward to offering you a pleasant & safe stay!

Business, leisure or just a city break? Visit the Acropolis or the seaside? Strategically located at the city center, ibis Styles Athens Routes is a brand new 4 star hotel. Rest in our spacious & quiet rooms with 43' smart TV and chromecast. Enjoy the sparkling atmosphere of our restaurant & bar and discover the touch of pop of our modern artworks that decorates the hotel.

ibis Styles Athens Routes has the ideal setting to enjoy the city & its beauties with ease; either by metro or short walk to main attractions, the Acropolis museum & the National Museum of Contemporary Art. Head down to Ermou street & Monastiraki flea market for shopping or explore the pisturesque Marina Flisvou and enjoy the cool breeze.

Bright, relaxing and stylish, our restaurant welcomes you with a variety of fresh salads and nutritious snacks.

The spirit is High! Our comfy all day bar will be waiting for you to relax and unwind with a variety of spirits & snacks.

Our rich Breakfast Buffet offers many delicious products, giving a tasty culinary touch to your stay.

Revitalize yourself at the start or the end of the day! The gym is open anytime you want!

Warm, welcoming, and modern, with a comfortable bed and a practical bathroom, our rooms offer everything you need for an enjoyable stay. Worse than a normal Ibis, but acceptable. Check-in process took at least 20 minutes, despite this being a pre-paid reservation. Was initially allocated a room with twin beds, despite asking for a double. This meant another trip down to reception to change rooms. Absolutely no recognition of Accor Gold status - this is poor, as even most standard Ibis hotels now leave a token welcome gift, or at least a welcome note in the room. Rooms are very basic. Small, no armchair. Small desk, however, the seat was incredibly uncomfortable to work from. Internet worked, although was slow. Room does have some facilities - such as mini fridge and kettle. The bathrooms, however, are very nice. This is unless you forget to close the door when taking a shower - in which case you risk setting off the fire alarm. This happened and I was phoned by reception and asked whether or not I was smoking in the room. I don't smoke - it's a design flaw as there is no extractor fan in the bathroom so the steam risks setting off the alarm. Location is fine - better than the Novotel Athens, for example. Easy walk to the city centre - nice bar located a few minutes walk away (Mpouloúki). Asked for a late check-out on the final day. Was told I could check-out at 12pm instead of the standard 11am (!), Considering 90% of Accor properties in Europe have a 12pm check-out time as standard, this wasn't particularly good service. In the end they agreed to 1pm - again, very poor and not the standard (usually, until 2pm/3pm is fine) - hotel was showing availability for the night on their website, so wasn't full and this request could have been accommodated had they wanted to. I personally wouldn't return, unless the price happened to be very competitive.

Three overnight stay in the heart of Athens

I am a good customer with Accor hotels My 1st experience with Ibis Athens the personal not professional at all at reception. I did not feel welcome.No personal at the bar. The only person was at reception. Negligence

Good experience, breakfast and service, a bit of lack on the maintenance of the room, many days we have to ask for the coffe, cups or towels missing

Very friendly and helpful. Exactly the type of lodging we like when we acclimate to a new city. The rooms are simple but very clean - just what we need.

We couldn’t fault our stay (which we had before and after a cruise). Yes, there is some road noise if you have a room overlooking the road, but it’s a capital city so wouldn’t expect anything less. We had bed and breakfast and the service and food available was faultless; really good selection of hot and cold food, and variety of drinks. It’s about half an hours walk from central Athens, but navigating your way around isn’t an issue. We would stay here again for sure.

spending some nights for professional visits in Athens. I enjoyed so much that I requested offer for all the year. My impressions came mainly by Ibis employees and their attitude to support.

While we generally don't spend a lot of time at our hotel when we travel, we always try to pick a hotel that has a good location next to transportation, and always look for reviews from previous travelers, and don't pick by price. The hotel was more than I expected. It was very clean, very new, and well maintained. The little extras helped - and that was mostly with the staff. Theodora was most helpful, as was Anna (not sure if that was exactly her name) and every other staff member - including the cleaning staff. The bed was comfortable and having a chromecast in the room with the excellent wifi helped us to be able to cast from our phones and stream from our home country. We had no issues with communication, and as a matter of fact the desk staff gave us suggestions on where to go, what islands to visit, and the best times of day to visit different areas. I would stay here again and recommend it to anyone.

Comfortable hotel. Good breakfast. Big plus was that we left our rental in their secure underground parking for the day.

Comfortable, modern and spacious room. Reception and especially the Breakfast Team are really friendly, fast and reliable. Perfect: inhouse parking lot. We will surely return. As Platinum Member I recommend this hotel.

The location was perfect. The room was comfortable and clean. The stuff was very kind and helpful

Room was wide and clean enough, but location is a bit inconvenient especially for tourists. Self-service laundry is 5 minutes away by walk.

The hotel is in short distance from the touristic sites, as well as from an underground station. It is brand new, has nice rooms and friendly staff 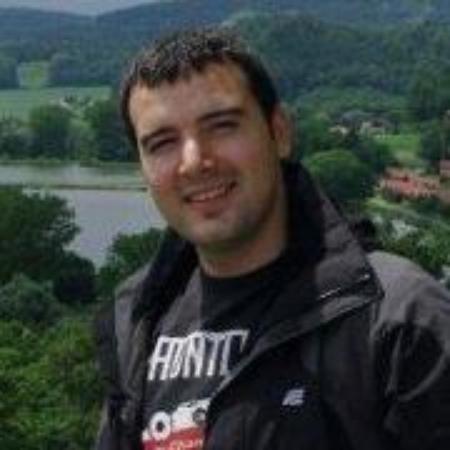 This hotel provides Ibis Budget level of service under the Ibis Styles product. All the things that you get used to at other Ibis Styles are now on-demand at this Ibis Styles. Welcome drink, daily housekeeping, tea/coffee refills, towel change, paper cups, free bottle of water are all now on-demand. You have to ask and request for everything. There is no hospitality corner. "All Safe" label is attached but you have to request and remind daily room cleaning everyday as well. If your shampoo is over and not changed, you need to ask, and the earliest you can get it by the morning. The price performance ratio is detrimental on this hotel's rating, but you should always think that you are getting an Ibis Budget level of service with Ibis Styles price tag. The hotel is good for one day stay with free parking but not for vacation. You may come across fellow customers arguing with the reception for several different issues which is a sign of poor management. Without the help of the staff namely Anna, Apostilis and Pavlin, our vacation could easily turn out to be a nightmare. So we specifically thank these people for their invaluable efforts and watch the backs of their colleagues mistakes and misunderstandings. first time to stay as this ibis styles in athens and it was very good. room was nice and big, same for bathroom and breakfast was with good options. hotel has an underground garage with lift which i used for first time. in walking distance to tıurist places, so it has nice location.

Dear Mr. Bekir Anac, Thank you for leaving us such a wonderful review. We are thrilled that you loved your experience; our staff will definitely be happy to read what you wrote. We look forward to seeing you again. Sincerely, The ibis Styles Athens Routes team

Top design hotel in central Athens. Outstanding value for money... Fantastic people, great service... We booked only 1 night but were treated like kings... Parking available, nice room was given and friendly people...

Dear Thegermantraveller, We are delighted to read that you had an excellent stay and enjoyed your visit at our hotel. It is always encouraging to learn that guests are satisfied with our service. Thank you for your kind feedback, and we hope to welcome you again in our hotel. Sincerely, The ibis Styles Athens Routes team

Clean spacious rooms,perfect parking place ( garage ),good breakfast. A little further from the center (35min walk distance), but acceptable. Absolutely good value for the many, no surprise about Ibis quality.

Dear Djzdrav, Thank you for leaving us such a wonderful review! We put customer experience and satisfaction as our priority, and your review reaffirms the hard work we put in every day. Our hotel is indeed 35min walking distance to the city center, 20min walk to the Acropolis museum, but still metro stop is always an alternative way to reach your place of interest, being just 5min walk from the hotel. We look forward to seeing you again. Sincerely, The ibis Styles Athens Routes team