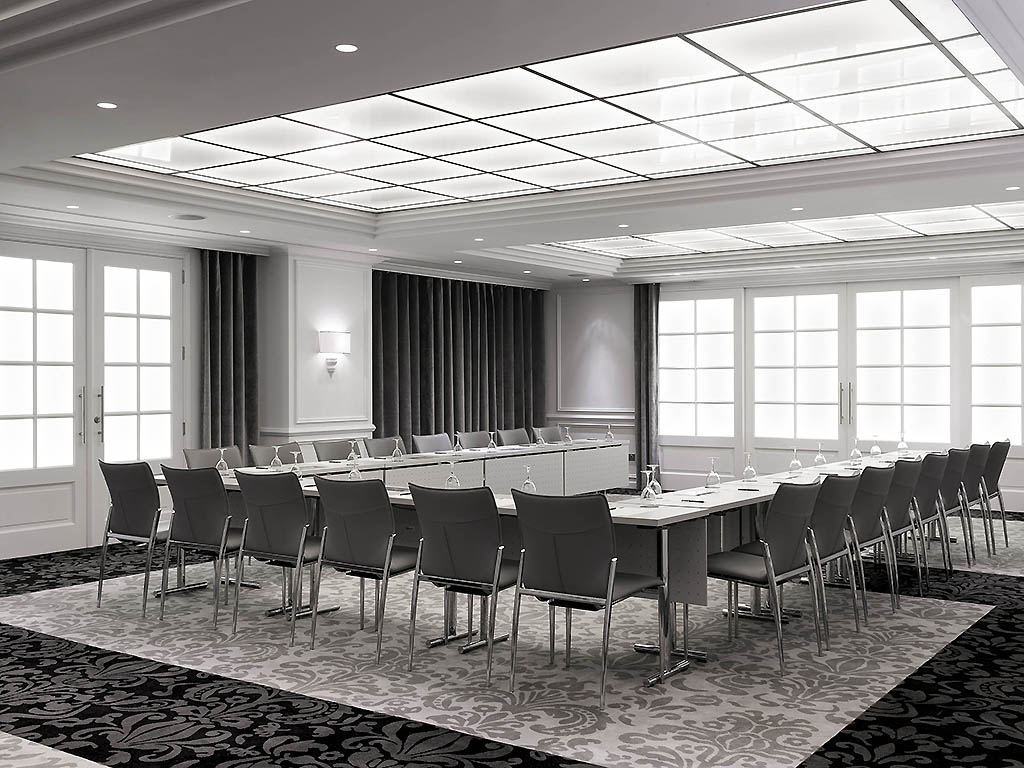 I travelled to Paris for a week for a wedding and stayed at Sofitel. Staff was amazing, included breakfast was incredible and everyone was very accommodating to any special requests I had. I would definitely stay here again.

My stay at the Paris-Baltimore Sofitel was quite enjoyable. The staff were very friendly and respectful, coming up to the room and offering drinks and also delivering things we asked for. The room was a nice Junior suite with a king size bed and a sleeper couch. The room was very clean and comfortable, the bathroom was also very nice, clean and modern. Overall the room was wonderful, the only downside was the bed was a little too firm. The hotel breakfast was delicious, firstly, you would have your choice of a hot drink and an egg or an omelette. There was also a very nice buffet with croissants, fruit, drinks, yogurt and more. Located in the 16th arrondissement of Central Paris. I liked how the Eiffel Tower was just across the river from the hotel. I would definitely recommend this hotel.

Dear Client, We would like to thank you for sharing this outstanding review on TripAdvisor. It is a true pleasure to read you had an enjoyable stay at Sofitel Paris Baltimore Tour Eiffel. Thank you as well for mentioning the good job of our team. We strive to provide excellence at all time and your comment serves as a great support and encouragement to them. I am really sorry that we did not meet your expectations about the bed. I would like to apologies for this image you have perceived of our hotel. We take every guest comment very seriously at as this helps us improve on the excellent service that we pride ourselves in. Please rest assured that we will follow up on your feedback and take all the necessary steps to improve our services. I do hope we get the opportunity of welcoming you back to the hotel to win you back as a valued guest. Sincerely,

Emergency management needs to be improved

Overall it is a nice hotel in the 16th. We booked a junior suite which by Paris standard is of good size, comfortable bedding, and high-end bathroom amenities (Balmain). When we checked in, the front desk staff were friendly and helpful. However, the emergency management of the hotel needs to be further improved and enhanced. On the 3rd day of our stay, there was no water in the hotel from 10am to 3pm as in absolutely no water in anywhere in the hotel. And there was only a small notice put on by the hotel next to the elevator...there's no letter to the room, no notice from the front desk. Just a small notice pasted next to the elevator door which we only saw it later. We got up late and obviously there was no water and we couldn't wash our faces, brush teeth or take showers. The hotel didn't offer any solution, not even a bottle water ...this is a 5-star hotel not some Airbnb or 2-star lodge and it charges EUR600+ each night. And normally they would know there's a pipe project coming and they could have told the guests beforehand at check-in or sth. Quite disappointed. Well, but at least they allowed us for late check-out. At least that.

Dear Madam Jenny, We would like to thank you for sharing this outstanding review on TripAdvisor. It is a pleasure to read you had an enjoyable stay at Sofitel Paris Baltimore Tour Eiffel. I am sorry that we did not meet your expectations about your stay due to a water technical maintenance. I would like to apologies for this image you have perceived of our hotel. We take every guest comment very seriously at as this helps us improve on the excellent service that we pride ourselves in. Please rest assured that we will follow up on your feedback and take all the necessary steps to improve our services. I do hope we get the opportunity of welcoming you back to the hotel to win you back as a valued client. Sincerely, Adrien Falémé Guest Relation Manager

stole in my room

If you visit the Sofitel Baltimore in Paris, France, be wary about being robbed. My Louis Vuitton sunglasses were stolen by one of the Sofitel Baltimore hotel's employees in Paris France, which was a terrible circumstance. We left our hotel room around 8:00 p.m. on Sunday, July 12th, and I asked my husband if I should take the sunglasses with me, to which he said, "No, we're going to the Senna Gourmet dinner, and I don't believe you'll need them because we'll be back almost midnight." As a result, I put them back in the box and placed them in top of the mini fridge. We returned around 11:30 p.m. to find the box open and the sunglasses missing. We called the front desk and spoke with Nora, who informed me that there was nothing she could do now, but that she would leave a note for Manager Ema to assist me. After waiting until noon and not receiving a call, I called the front desk again and spoke with Sean, who informed me that Eva was aware of the situation but that she was in a meeting and that she would call me back, which she never did. When I arrived at the front desk, Ninon LAMBERT, the Guest Relation Manager, took my case and informed me that she had requested the video and the login document so that we could determine who would be allowed to enter my room during the three-period timeframe We looked at two of the three films and watched a lady enter the room around 21:56 and spend 10 minutes there, then same lady return 10 minutes later and spend another 4 minutes there. The login schedule shows that another staff entered the room for one minute “to leave clean towels”. I inquire as to why three personnel had entered the room, and she responds that it was standard procedure to clean the room. Naturally, I did not believe her and noticed that she was concealing the employee. After three sessions, she concluded that the hotel could not be held liable for the theft. What pisses me off the most is that they don't care about their clients, no matter how irritated they may be; they only care about their staff, whom they claim to trust more than me. So, anyone planning on staying at the Sofitel Baltimore in Paris should be warned that there are thieves in the interior of the hotel and that the management will not care if something occurs.

Dear Mister c., Thank you for taking the time to tell us about your experience at the Sofitel Paris Baltimore Tour Eiffel. I am sorry that your experience did not meet your expectations; please allow me to express my sincerest apologies. At Sofitel Hotels & Resorts, we strive to provide a superior service experience for every customer; therefore your feedback is very important to us. Please rest assured that we are taking the appropriate measures to address the problem and prevent future occurrence. We appreciate your sharing your concerns, and it is our hope that you will give us the opportunity to better serve you in the near future. Sincerely, Judith Cherizard Guest Relations Officer 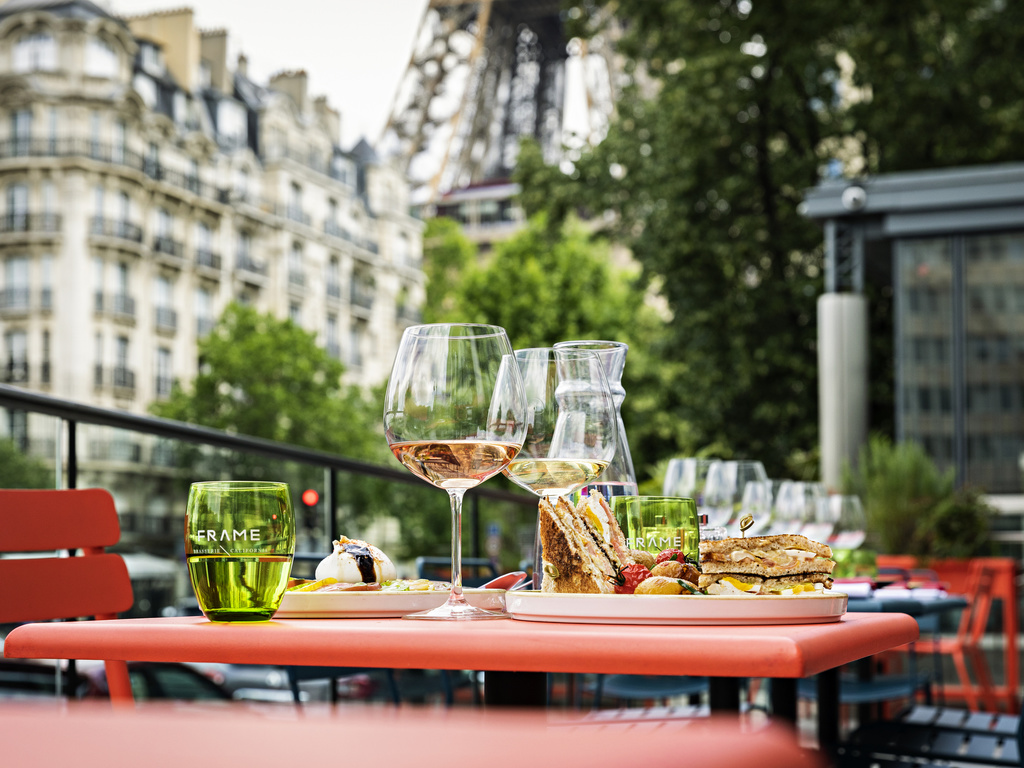