Eat your way through some of Yangon’s best restaurants, where exciting fusion is influenced by the culinary traditions of its neighbours.

Myanmar has long been thought of as a captivating country, with little known about its culture and cuisine. However, a tour of its capital Yangon will reveal a bustling food metropolis, dotted with modern heritage restaurants and effortlessly chic eateries that serve up exotic dishes inspired by the country’s heritage and neighbours.

Forget Michelin-starred restaurants, Yangon food gives you the chance to discover the flavours of a country that has been shrounded in mystery for a long time.

Make Rangoon Tea House your first stop when deciding where to eat in Yangon. Located on the lower block of Pansodan Road, the teahouse blends modern hipster touches with classic Burmese culture.

Indulge in a cup of traditional tea — take your pick from 16 possible options of varying sweetness and richness — or unwind with locally inspired cocktails. Here you can sample a winning combination of local dishes and regional favourites, which include steaming bowls of mohinga, a classic Burmese dish of rice noodles served in a fish-based broth; samosas, a crispy Indian snack with savoury filling; and steamed buns — all at very reasonable prices.

If you are on the hunt for authentic Burmese noodles, then this is the place to be.

Described as a local treasure and the best restaurant in Myanmar by some, 999 Shan Noodle Shop has been serving dishes inspired by the Shan region of Myanmar since 1978. Come here for rich broths, served with noodles cooked al dente. Specialities include rice noodles with steamed pork ribs, lined with meat so tender it falls right off the bone; vegetarians can delight in noodles served with fried tofu.

However, there’s much more to 999 Shan Noodle Shop than just noodle soup. You’ll also find a range of dumpling, pork and rice dishes on the menu. At just under US$3 for a bowl of noodles, this is the perfect venue for a quick pit stop or full-on feast without burning a hole in your pocket.

It may be named after the herb known as Vietnamese mint, but Rau Răm’s Latin American décor and music will make you feel like you are on an entirely different continent altogether. Just a 15-minute drive from the centrally located Pullman Yangon Centrepoint Hotel, this modern brasserie serves a mix of Asian and Western cuisine in an intimate restaurant space decked out in jungle motifs.

Whet your appetite with small plates of chicken liver and pork paté, or go local with pork neck and lemongrass salad. If you’re dining with company, you can’t go wrong with the bún chả feast — a combination of crispy spring rolls, lemongrass pork meatballs and porchetta with fresh rice noodles. It’s made for sharing, so be sure to grab a few friends for an informal feast.

Cap off your day with a visit to Root Kitchen & Bar, which celebrates an ethnic minority group in Burma known as the Wa. Opened by two sisters from the northern Shan region, the restaurant serves fabulous food and cocktails using traditional ingredients from the Wa region with a modern twist.

Expect rustic dishes such as lentil soup and fried fish wrapped in lettuce leaves with peanut sauce and springy vermicelli. If you are a little more adventurous, order their smoked, air-dried beef served in a brown rice dish. Wash down your food with cocktails mixed with Wa liquor. After all, who can resist a cocktail named after the Wu-Tang Clan? 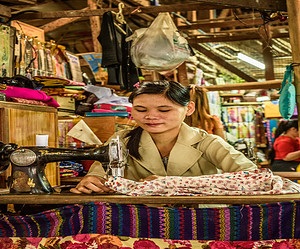 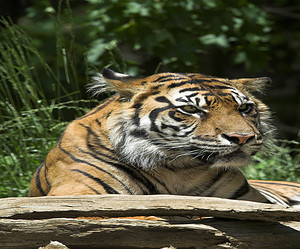 Fun for the Family

From Restaurants to Street Food 1 day