Designed for maximum comfort, Mantra Trilogy's hotel rooms and apartments let you keep your cool with roomy surrounds, air-conditioning and ceiling fans. Our Cairns apartments have fully equipped kitchen and laundry facilities as well as a separate dining area and spacious balconies with breathtaking ocean views.

I chose this hotel based on the location which was central to everything. When checking in I was advised the room had not been paid for on my corporate account so it took an hour for the account to be sorted before I could check in. I missed a meeting whilst waiting to check in so it would have been nice if someone had tried to contact me about this before my arrival. The room was very basic and quite outdated. The shower was very difficult to turn on. The room was quite unclean - door handles and light switched were sticky and dirty. Internal phone was filthy and looked like it had never been cleaned. No onsite restaurant or room service and nothing available in the bar fridge except some small portions of milk. I booked a queen room and the bed was two single beds pushed together which was very uncomfortable. There was no blanket on the bed so I had to find one from a cupboard - who knows if it was clean. I will definitely not choose to stay here again.

We stayed for 7 nights in a 2 bedroom apartment on the 9th floor. The location right on the esplanade and view from our balcony was amazing. The rooms were big enough, beds comfortably . Our room did have mould on the ceiling in the master bedroom near the bathroom. This was our third stay at this hotel over a period of 8 years. It is starting to look a little dated - the pool is missing tiles and needs a good scrub. The gym equipment is old at outdated. The staff are lovey, check in was smooth and easy. My only issue with that was I have been a mantra member for years and the welcome email didn’t pop through which would have given me free wifi and breakfast. Staff suggested I sign back up but couldn’t as I was already a member. So we missed out on breakfast!

Great location, we overlooked esplanade and was surrounded by all the waterfront restaurants. Apartment was spacious and modern, with a sufficiently sized balcony. Pool was good size, although there could have been more poolside lounges

The original room in tower 3 was an absolute danger to humans, it smelt mouldy, which gave us breathing difficulties, ceiling fan didnt work, no hot water. I spoke to Dana the next day after no sleep, what an incredible staff member you have there. Dana relocated us to tower 1 and even though the air conditioning was noisy it made our stay a lot more pleasant. There was a little gift with an apology card which was well received and used. Dana also made sure to give us 1 mornings breakfast which was delicious, and we went back and had breakfast the following morning which we paid for. Unfortunately there is no house keeping and the inconveniece of having to ask for clean towells or pool towells 1 tiny circle of soap, toilet paper, coffee etc. The staff at the counter are quite nice besides the man who originally checked my daughter and I in he just didnt have a care factor. I would strongly suggest that anyone wanting to stay here must BE AWARE of all of the above especially if they have booked it as we had done as a 3 night package with JETSTAR as this is the 2nd time that when I get to the hotel thats in the package you are not received well and given the worst dingy room that is available. Imost certainly will not book a package again.

Lovely pool, surroundings and location. Pleasant, helpful staff who were always available to assist. Walking distance to shops and right on the Esplanade. Room was very clean and well set out with a space to sit.

Dear deedZ86010D Thank you for your review on the Mantra Trilogy, We welcome your lovely comments on the property and hope to see you back here in the near future. Regards Guest Relations 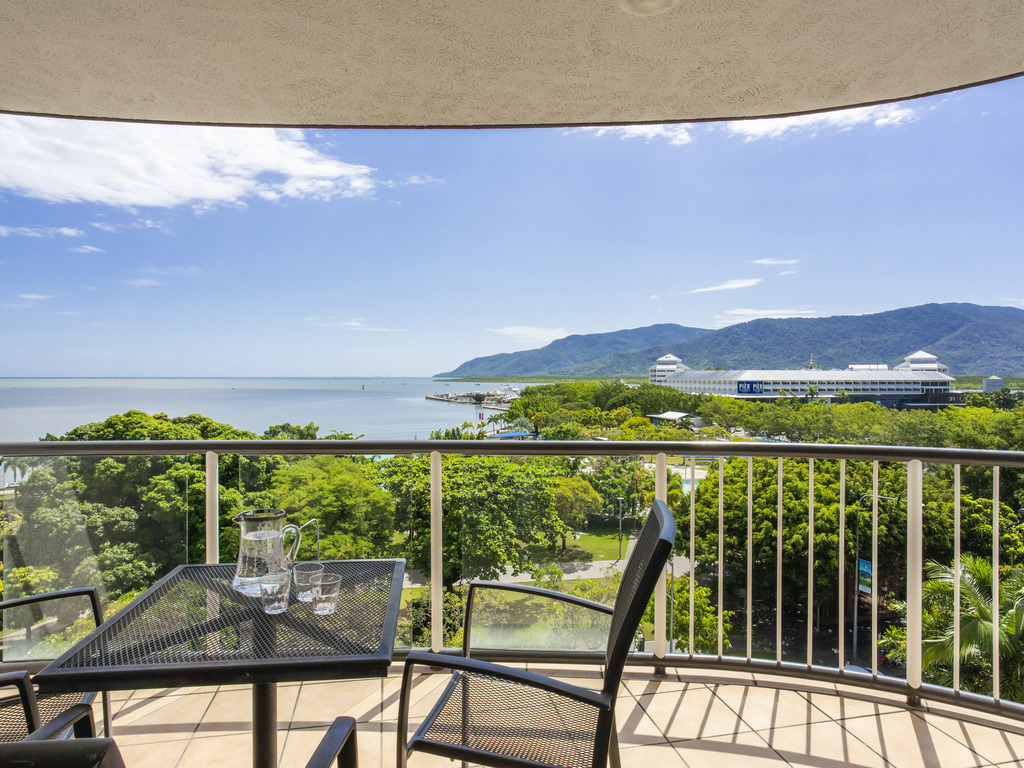 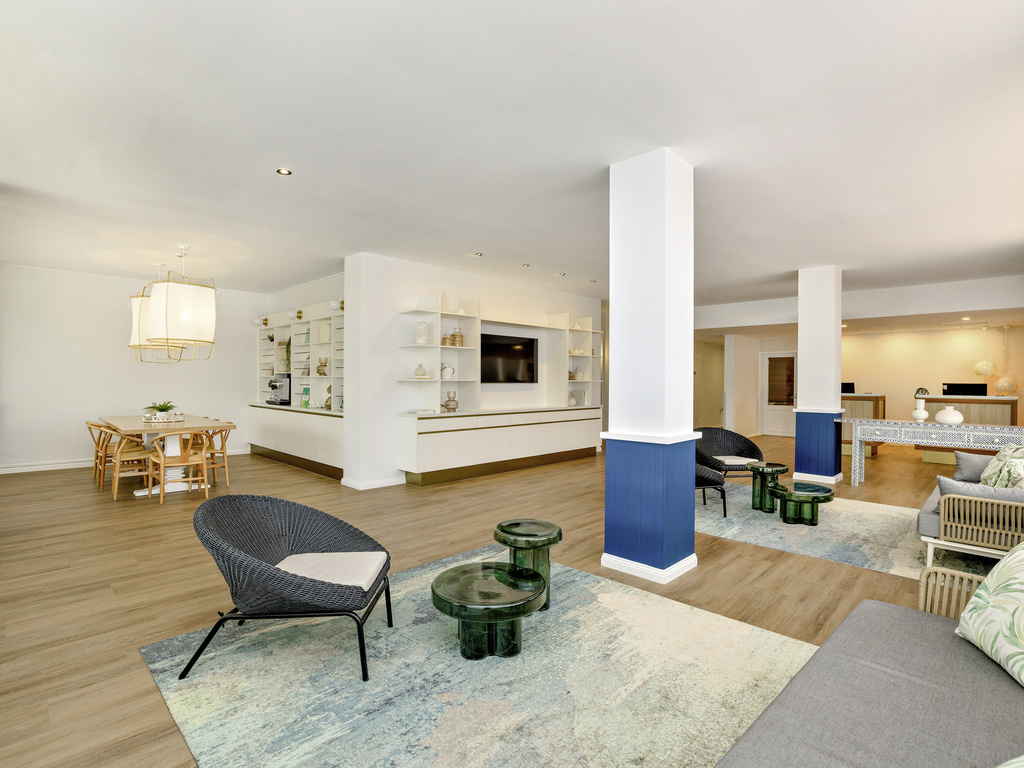 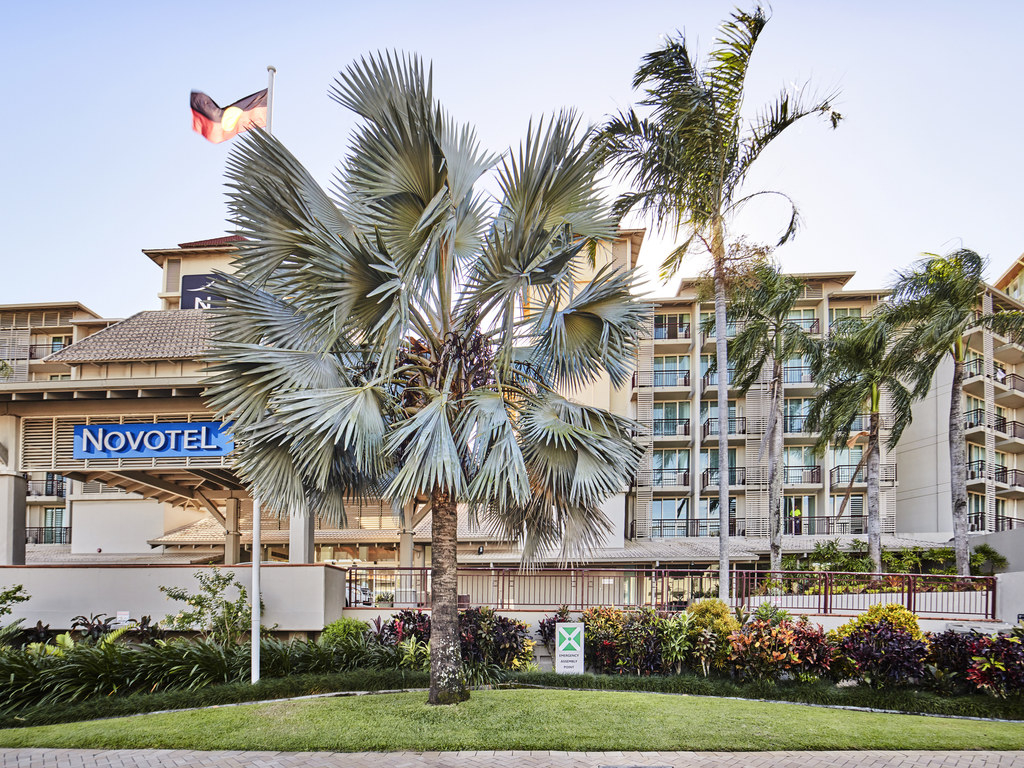 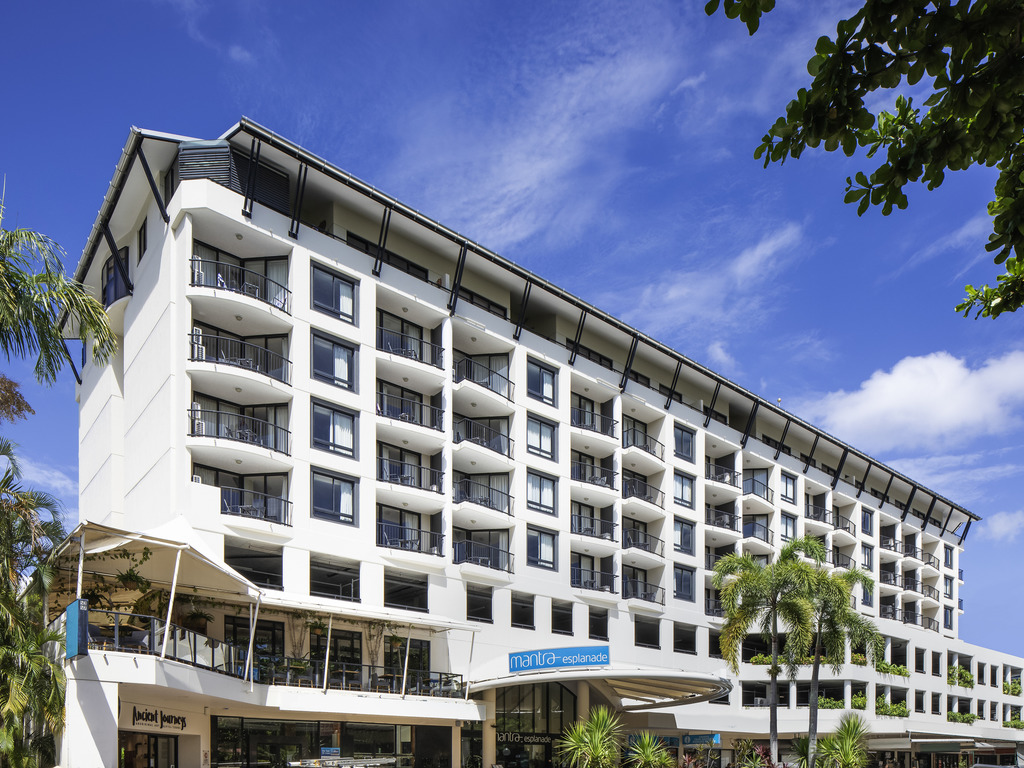