Swissôtel Resort Bodrum Beach lies directly on the waterfront in Turgutreis, approximately 20 km from the centre of Bodrum. A very popular destination as it offers ideal conditions for entertainment, culture and Aegean relaxation. The main two storey hotel of Swissôtel Resort Bodrum Beach comprises 66 rooms and suites. From tranquillity to entertainment, you'll have everything you've come to expect from a Swissôtel stay. Also, Bodrum is the most special corner of the Aegean; white houses, streets decorate

From tranquillity to entertainment, you'll have everything you've come to expect from a Swissôtel stay. Also, Bodrum is the most special corner of the Aegean; white houses, streets decorated with bougainvillea, mesmerizing bays and endless entertainment. Guests will start their day with deep blue Aegean waters and continue to Bodrum's memorable nights.

Starting off the morning right with a delicious breakfast featuring fresh, local ingredients. Café Swiss with its poolside location, brings you dining to accompany a day spent enjoying a lunch and dinner in Swissôtel Resort Bodrum Beach.

At Yûhi Restaurant, located atop Swissotel Resort Bodrum Beach, you'll really feel like you're high above the clouds as the unique flavors of Asia and the Mediterranean mingle to fly you away on a gourmet journey.

When you're in the mood to enjoy the sun with wide selection of appetizers and snacks breathing in the fresh sea air, Beach Bar awaits you. With its enticing beachfront location Beach Bar offers you a relaxing, dynamic and energetic atmosphere.

At Brezza, located atop Swissôtel Resort Bodrum Beach, you'll really feel like you're high above the clouds as the unique flavors of Mediterranean mingle to fly you away on a gourmet journey. Only the star-studded sky and the sea's noctiluca phosphorescen

Lobby Lounge and Bar brings you tasty snacks and cocktails. Serving the finest Turkish teas, coffees and herbal teas along with an extensive selection of International beers and original cocktails, this is the perfect place for a chat with friends.

With its panoramic view enhanced by sophisticated décor, Yûhi Bar, looking out over the islands of the Aegean and Bodrum's sapphire blue sea and majestic mountains, has everything it takes to make a relaxing drink even more enjoyable.

Experience our modern sports facilities, having both been created to invigorate and vitalise in rhythm with the seasons.

Inspired by the Alps, Pürovel Spa & Sport brings you the energy to nourish body and mind alike with special treatments and massages in an elegantly modern atmosphere.

The hotel features 66 guestrooms and lavish suites many of which enjoy a splendid view of the sea and the islands. Minimalist modern design innovative bathrooms state of the art technology and Purovel amenities.

Dear Mahmoud a., Thank you for taking the time to tell us about your experience at the Swissôtel Resort Bodrum Beach. I am sorry that your experience did not meet your expectations; please allow me to express my sincerest apologies. At Swissôtel, we strive to provide a superior service experience for every customer; therefore your feedback is very important to us. Please rest assured that we are taking the appropriate measures to address the problem and prevent future occurrence. We appreciate your sharing your concerns, and it is our hope that you will give us the opportunity to better serve you in the near future. Sincerely, Barış GENÇOĞLU General Manager

Wonderful hotel with great amenities and attention to details. Hotel Team, from front office to food and beverage and housekeeping are exceptional. Outstanding service and food quality. One of the best sandy beach in bodrum. Best stay best experience.

Dear Magda A., We very much appreciate your comments regarding your stay at the Swissôtel Resort Bodrum Beach. It is always a pleasure to receive positive feedback. I will share your comments with our team. I am sure that this feedback will serve as an encouragement to all of our staff as we strive to continuously improve the quality of our services. Thank you again for sharing your experience, and we hope your next visit will be as pleasant as the previous one. Sincerely, Barış GENÇOĞLU General Manager

A great holiday in Bodrum

Dear Magdy A, Warm greetings from Swissotel Resort Bodrum Beach! Thank you very much for sharing your experience with us and we hope your next visit will be as pleasant as the previous one. Sincerely, Barış GENÇOĞLU General Manager

When a hotel scores an own goal

We travelled as a family in July, our reservation was for 1 x king and 1 x twin for 6 nights. On check in I was told that our 2 x king rooms were now ready. I pulled out my paperwork and showed that I had actually booked 1 x king and 1 x twin, I was then told there must be an oversight, we agreed that we'd take this as it wasn't the end of the world but that the hotel would review the situation and come back to us when a twin room became available...they never bothered. The hotel has an amazing location right on the sea and the sea is nice and active. Between the hotel building and the beach area are some villas, the walkway between the hotel and beach area is vibrant with many children from these villas racing up and down with bikes and scooters, when they are not being used these bikes and scooters are strewn everywhere. These kids who are primarily in the resident villas are a minor nuisance to all the hotel guests (like mini terrorists) as they play up and down. Kids will be kids but these little beauties have been abandoned to their maids and guardians for most of the summer and neither they nor the hotel seem able to control them. A couple of days in one of our daughters wasn't feeling great so opted to miss out on breakfast. Thus we requested a small plastic box and took a couple of pastries to her. The same situation arose the next day and when my wife requested a to-go box, she received a dressing down from a chef saying this was against hotel rules. Quite a major over reaction to a couple of tiny pastries which may well have been ditched after the breakfast anyway. Meanwhile the policy at breakfast is not to lay spoons along with the cutlery, neither to leave some alongside the cereals so that one might be able to help ones self...you had to request a spoon each day. The hotels best kept secret was yet to be unveiled. They have two piers, one on the right which has cabanas, sunbeds and stairs to the sea and the other has a small bar/cafe and also stairs to the sea. Seemingly the hotel facilities are shared with staff of the local commercial partner and as the days went on it became evident that from an entrance at the side of the beach quite a large number of non hotel/villa residents were able to freely walk in and commandeer sunbeds. On one day at the end of the right hand pier where there are about 10 sun beds, 6 of them had been reserved by one man who was acting as the broker for various other people who drifted in at later times. My wife is Turkish and overheard their discussions and gratitude for reserving the beds. On another day two sets of beds on the front row of the beach had a small bag hanging from the parasol at around 10am when we arrived and remained unoccupied until one couple arrived at approx 13:30 and another couple at around 14:30 both from the side entrance (non hotel residents) and unchallenged (seemingly known by the hotel security). So be aware when you book this hotel which is far from cheap by Turkish Standards you are competing for facilities with non hotel residents. There is some sporting facilities on site and some nights there were football matches with youngsters, they are located on the front close to the hotel rooms the noise they create is rather significant and on two occasions went on after midnight. It didn't keep me awake but would easily have kept a light sleeper awake. This is the icing on the cake. My youngest daughter has a Turkish friend who lives in the local town and one day came to meet her at the hotel (aged 16). The hotel insisted on levying a charge to her as she was honest and confirmed she would be going in the sea. We were outraged that the hotel can take advantage of a youngster in this way, when so many people were abusing the rules on a daily basis...the rules only apply to those that are honest and come through the front door. The evening before our departure we went to reception to settle our bill and told them of the youngster and we insisted on that money being refunded. The person at reception said he was unable to do that BUT that he will arrange for the hotel customer service team to meet with us in the morning prior to our departure...they didn't bother, barely managing a wave as we got into our vehicle. The two roof top restaurants are excellent but the great news is you don't have to endure the duplicity of the hotel and their selective use of rules as these are open to non residents. This could be a great hotel but they need to sort out the relationship they have with both the villa owners and their local partner as the rules are being broken continuously and nobody is strong enough to deal with it, however whatever you do don't request a couple of pastries for somebody in their room at breakfast time, for this they will act with great power. Worse still don't receive a child guest at the hotel, this is where the hotel use up their rule compliance quota and shamefully cash in by taking advantage. 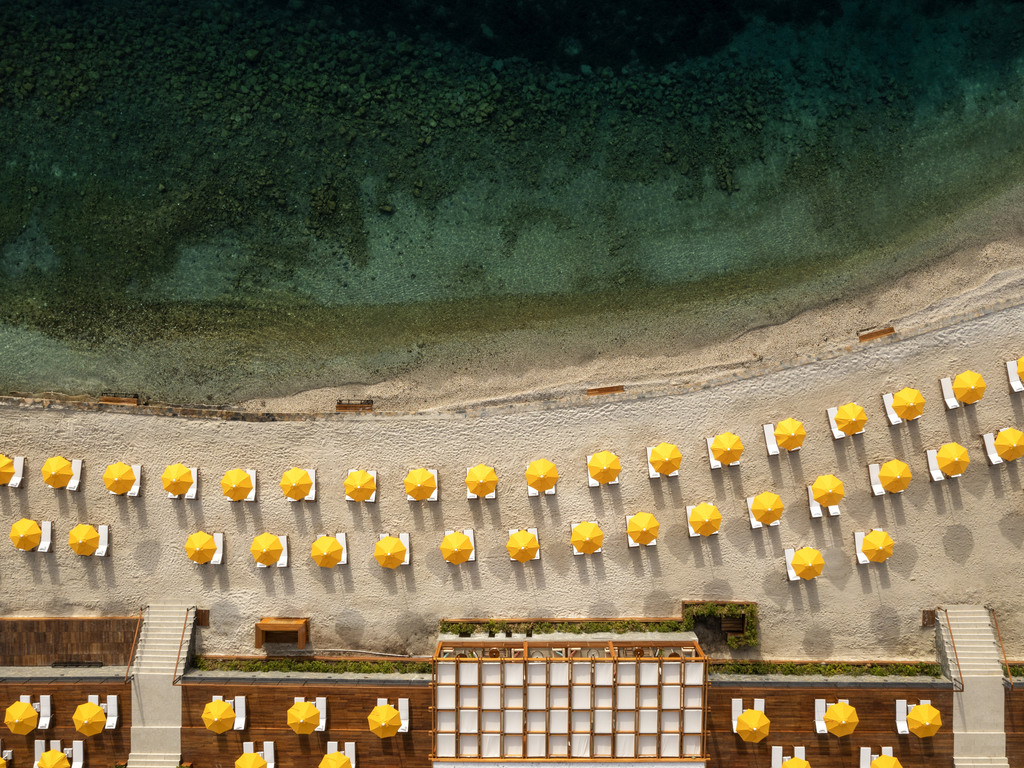 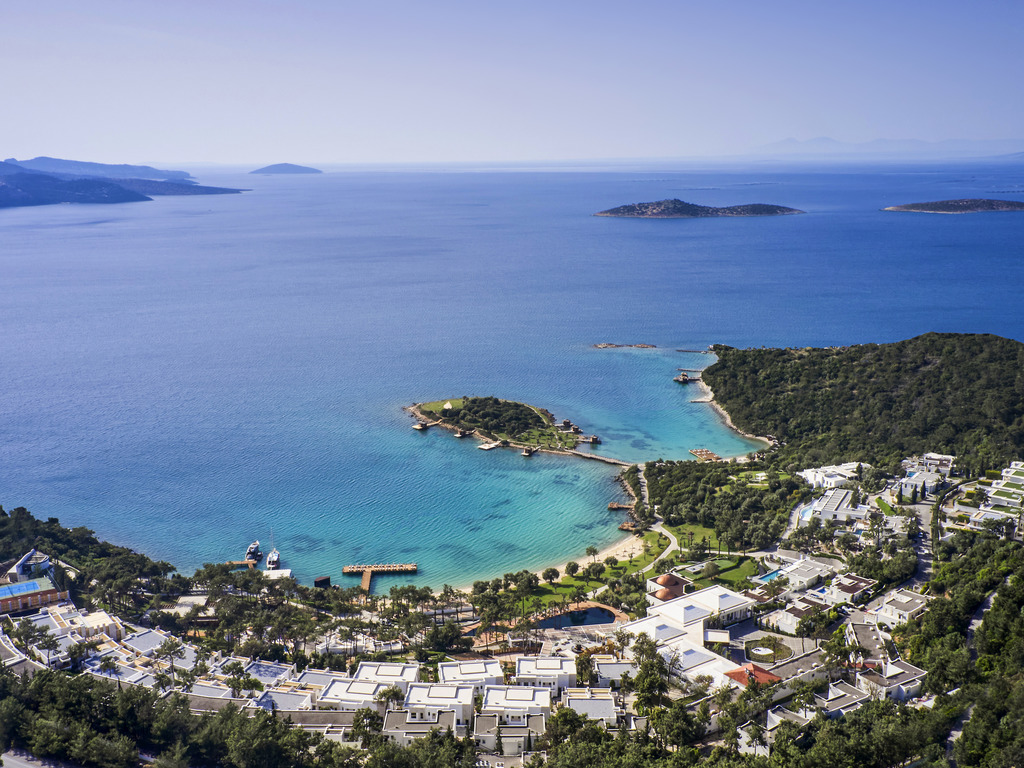 See the hotel
All our hotels in BODRUM