Located in the heart of Banff National Park, a UNESCO World Heritage Site, the historic Fairmont Banff Springs stands as landmark in the picturesque alpine town of Banff, Alberta. Canada's - Castle in the Rockies - has been providing legendary hospitality for more than 125 years. This year-round luxury mountain resort offers a championship golf course during the summer, unparalleled skiing in the winter, the European-style Willow Stream Spa, authentically local dining experiences and breathtaking views.

Nestled in the heart of Banff National Park, the world-famous Fairmont Banff Springs is situated just a few minutes from Bow Falls and the Mount Rundle Trailhead. Banff Upper Hot Springs and the scenic Banff Gondola are only a 10-minute drive away.

An unforgettable experience! Delivering the best of Alberta beef with a menu developed through lasting relationships with local farmers and purveyors. From our delectable menu to our spirited cocktails, everything you see in front of you is made in-house.

From tempting appetizers, hand-made pasta and the ultra-thin, ultra-delicious pizzas, Castello Italiano will have you playing on your passions for rustic Italian food. Come celebrate the simple pleasures of great food, and wine.

With views of the celebrated Stanley Thompson fairways, luminous rivers and unforgettable mountains, Stanley's Smokehouse is the ideal spot for a bite to eat and a cold drink for golfers and non-golfers alike.

Nestled in the woods above the Bow and Spray rivers, is our Bavarian cottage-style Waldhaus Restaurant. Feast on a hearty menu of authentic Alpine cuisine, including Schnitzel and Fondue, in an atmosphere reminiscent of an old hunting cottage.

Pinkies Up! We are proud to present a menu steeped in tradition and designed to create the most memorable of Fairmont experiences. The Castle in the Rockies takes England's most beloved ritual to new heights with 12 of our finest loose leaf teas.

Charcuterie so good that you won't want to share. Curated selection of the best house-cured meats, artisan cheeses perfectly paired with our pantry of preserves and the best part of all, the best selection of wine to elevate your charcuterie game.

Good looking and bold, The Vermillion Room welcomes you with open arms, a delectable menu and effortless charm. Step into a grand space that sweeps you off your feet, in a beautiful brasserie with a bustling atmosphere and a menu to delight in.

This relaxed, informal lounge is located in the Gatehouse Foyer. Old school vibes and new school drinks, Ramsay Bar will have you sipping you cocktails Aprés ski, hike or Aprés anything you like. Ramsay Bar is the ultimate place to be!

Rundle Bar is the perfect place to sit back, relax and enjoy Banff's best mountain views while sipping on a hand-crafted cocktail.

Waldhaus Pub & Patio is the ultimate place to relax and enjoy the mountain scenery all around you; sample from a tempting menu of popular pub fare and Bavarian delights, along with a superb beer selection including authentic Hacker Pschorr beers.

The concierge was invaluable! (I don't remember her name but she was wonderful). Loved the heated pool, walking Bear, horseback riding, the hotel tour, and the hiking tour. I got a kick out of seeing elk right on the property! 1888 Chop House, the Rundle Bar, the Vermillion Room, and Stock were OUTSTANDING!!! The only thing keeping me from giving a "10" is that my room was smaller than expected (but had an outstanding view) and I couldn't get the room cool enough, even with the A/C. I did like that I could open the window but oddly enough, that didn't cool the room off either. I HAVE BEEN SINGING YOUR HOTELS PRAISES EVER SINCE I CAME HOME. Thank you for a wonderful stay!

We very much appreciate your positive score on this online survey. We know it takes a few moments of your time to complete, and we value what it tells us about our products and services. We thank you for singing our praises! It means so much and I have shared your survey with our team. If your travels should bring you back to Banff, we hope you would stay with us again and do not hesitate to let us know if you have any outstanding questions about your recent stay. Sincerely, Angela Jacobson Executive Administrative Assistant Fairmont Banff Springs

Having spent 50 years frequenting the Greenbrier, we hoped a similar venue in a different part of North America would provide a similar experience. It did and our expectations were fulfilled. The only blip was our room was booked by Rocky Mountaineer and was too tiny. Front desk staff solved this by finding a room that cost more, but met our expectations.

Thank you very much for taking the time out of your day to complete our online survey regarding your recent stay at the Fairmont Banff Springs. We are pleased to see that your stay at our resort met your expectations. I would however like to sincerely apologize that your first room was too small. We appreciate you bringing this to our attention during your stay so that we could find you a room that enjoyed. I would also like to thank you for your kind words for Delaney and our Concierge team. I had the great pleasure of sharing your compliments with them. Thank you again for sharing your experience. We hope that we will have the pleasure of welcoming you back for a future stay. Sincerely, Lori Osinga Executive Assistant Fairmont Banff Springs

The experience was alright, but definitely fell short of what I had expected given the price and premium reputation. I booked well in advance, though still ended up with a room with two double beds (I believe I was also charged some small surcharge for a second person as well, despite staying alone). My room was dirty when I arrived (grease on the wall, thick dust on the armoire, some speckles of what looked like blood or a device connected to the wall, grime on the shower wall), but this was sorted out after a few days when I had the opportunity to provide feedback. I also took photos to make sure I couldn't be accused of some of this. Housekeeping responded quickly, and offered me a bottle of wine for my trouble. This was a nice gesture, though they brought white instead of red (after asking which I preferred) and I also was leaving shortly and didn't get a chance to drink it anyway. The location of the room was next to the housekeeping's closet it seemed, so it was loud and there was a ton of traffic outside of my room very early. Some of the staff were very helpful (one of the concierge with an Australian accent and the person who checked me in initially come to mind), but many were rude and dismissive. I received a $100 meal credit that was generously provided when I provided my feedback, an older concierge said "way to go" to me, then said he didn't want to hear what happened and proceeded to provide me with the wrong instructions on how to use it (told me to bill everything back to my room). The credit wasn't applied, and I spoke to someone at the front desk who was quite curt and told me I was incorrectly informed. This was adjusted, but it did feel like pulling teeth. So in summary — I checked into a noisy and dirty room, with two small beds instead of one larger bed, was charged an additional fee for a second person despite staying there alone. Some people tried to make up for the inconvenience, other people were rude and dismissive and created additional confusion and in the end made things a bit worse overall.

We spent our last two nights in Banff at the Fairmont Banff Springs and had a wonderful time-wish we could’ve stayed longer. The room was great, customer service was wonderful, couldn’t have asked for a better time.

Thank you very much for taking the time out of your day to complete our online survey regarding your stay at the Fairmont Banff Springs. We are truly honoured that you chose to finish your honeymoon off at our resort and thrilled to hear that you had such an enjoyable stay. I would also like to thank you for recognizing Simon from our Front Desk for his outstanding service. I had the great pleasure of sharing this with Simon's leader so that we can recognize Simon appropriately. Thank you again for sharing your experience. We hope that we will have the opportunity to welcome you back to the Castle in the Rockies for a future stay. Sincerely, Lori Osinga Executive Assistant Fairmont Banff Springs

Thank you very much for taking the time to share your comments regarding your stay at the Fairmont Banff Springs. Exceptional service is what we strive to be known for; therefore your feedback is extremely important as it helps us to continually improve our service and provide a memorable experience to our valued guests. Please allow me to express my sincerest apologies and confirm that I have reached out to your email to learn more. We certainly apologize for your inconveniences and hope to be able to prevent same in future. Sincerely, Angela Jacobson Executive Administrative Assistant Fairmont Banff Springs 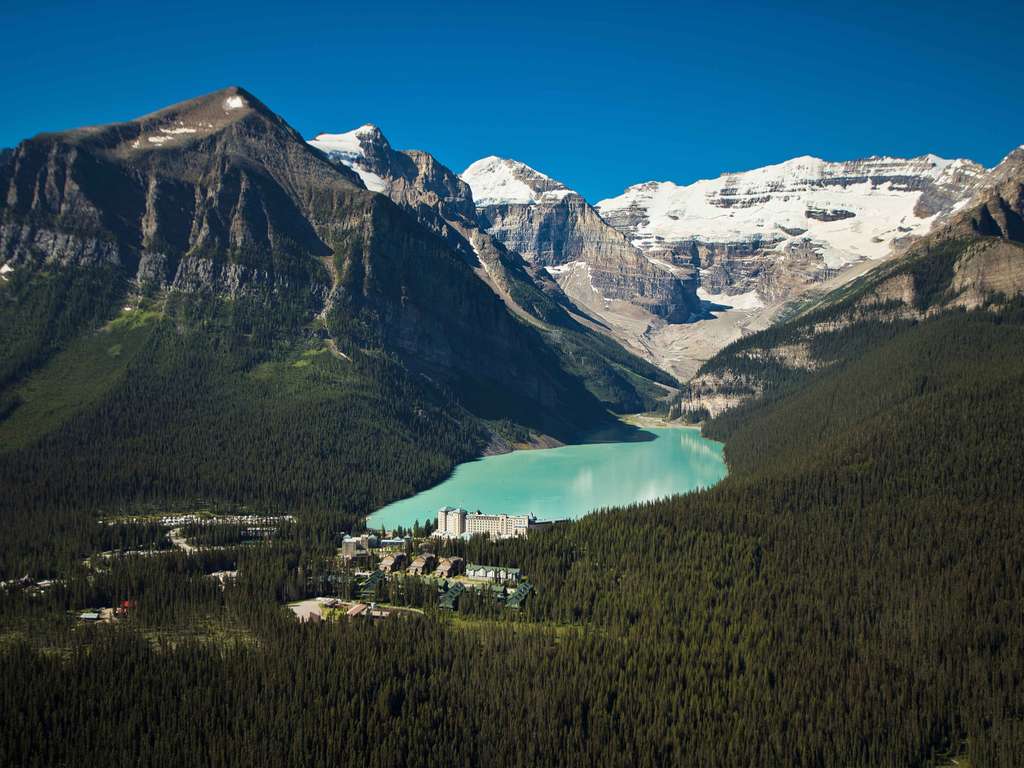