Hotel open. Certified sanitation of rooms, facilities and common areas. As a result of the new regulations, some hotel services may not be available during your stay.

The 4-star Mercure Parma Stendhal is in the historic center, near Palazzo della Pilotta and the train station. Varied breakfast buffet. Decorated with antique wooden furniture, rooms with TV and free WiFi. The hotel is close to the Cathedral, a 5-minute walk from the European Food Safety Authority headquarters, and a 10-minute drive from the airport. Parking available for a fee, subject to availability.

Parma, the former ducal capital, is not only rich in art and tourism, but also industry, business and conventions. Parma is now home to the EFSA headquarters and has taken up the role of capital of the Italian Food Valley.

The Hotel Mercure Parma Stendhal boasts an exclusive location, just a few minutes from some of the city's main monuments, including the cathedral, the baptistery, the Steccata church and the Farnese theater. The neighborhood is also great for shopping!

The bar is elegant and comfortable, in keeping with the style of the hotel, and is open daily from 10am to midnight. Our barman will delight guests with cocktails and long drinks served with tasty snacks. 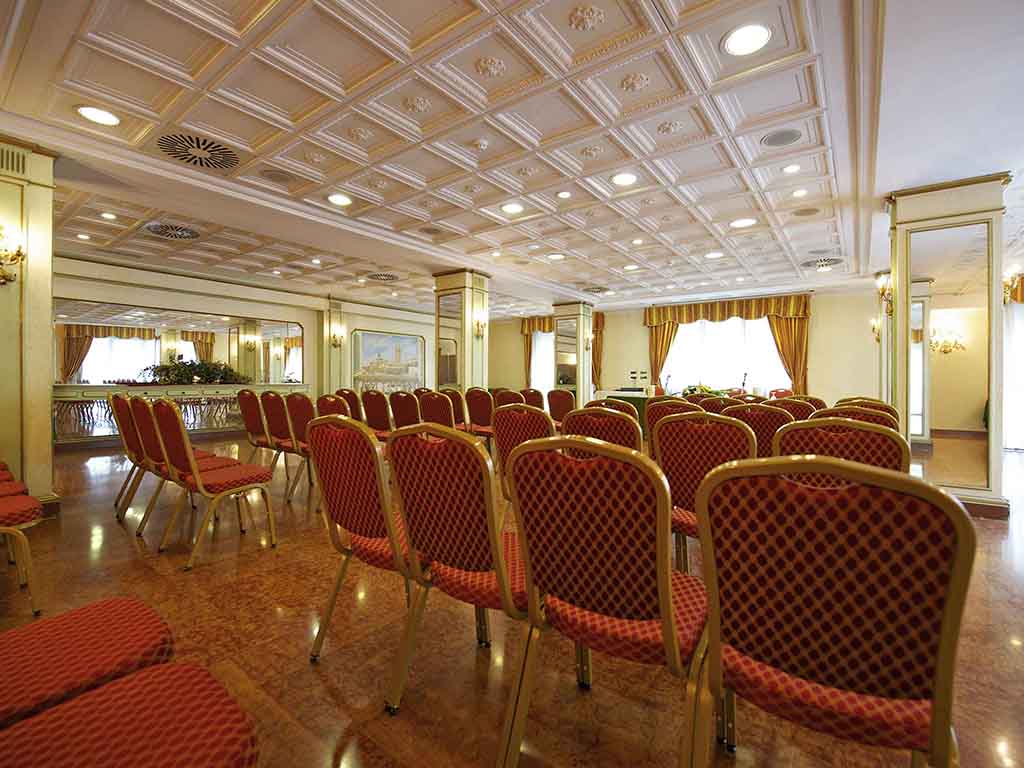 The 63 rooms combine comfort and elegance to guarantee guests have an enjoyable stay. Each room is equipped with minibar, telephone, TV, hair dryer, safe and WIFI. Great attention has been paid to the style of the furnishings, ranging from Baroque to Louis XV, from the Venetian Imperial to Maggiolini-inspired Lombardian neoclassical style, giving each room its own unique character.

Great location, relatively quiet and close to monuments, museums and shopping. The front desk people were helpful and friendly. The rooms were small but clean. The breakfast very good, offering something for everyone. The only negative was that the rooms (ours and others we traveled with on tour) were stuffy with little air flow.

Nice hotel. Easy check int and the staff were very friendly. The room was comfortable but a bit too over decorated for my taste. I image some people will like the retro look of the furniture. The room was spacious. Amenities were standard Mercure. I would recommend highly.

We chose the Mercure Parma hotel for a 3 night visit owing to its central location and this did not disappoint. The hotel is located in the heart of the city centre and is a short walk to great bars, restaurants and shops, most of which were open 7 days a week. There is no parking outside the hotel as it is situated in a restricted zone. However they do offer an underground garage in the building next door which was really easy to use. Staff parked your car for you and got it out for you upon request. However there is an additional charge of 14 euros per day for using this facility. The lobby area was clean and ornate. The staff we dealt with were really friendly and helpful - booking restaurants for us and nothing seemed too much trouble. We didn't take advantage of the breakfast on this occasion as it wasn't included in the room price. However when we checked in we were told it wasn't a problem if we changed our minds and could just turn up in the morning. They also offered a 'fast breakfast' for if you're in a hurry consisting of a hot drink and a croissant, which I've not seen before. We were situated on the second floor in an accessible room for disabled guests (although we are not disabled and got the impression the hotel was not full on this particular weekend). However the room was OK. The lifts to get upstairs were a little cramped. Not sure how a wheelchair user with luggage would get on using these lifts? Upon arrival in our room it appeared clean and once again in an ornate style. It overlooked the church next door and the emergency fire exit. The only noise we heard was when we had the windows wide open to let in some fresh air. Once closed we heard virtually nothing from outside. The room had a high ceiling with chandelier and plenty of space to easily move around. However the furniture although perfectly functional was a little dated and tired - lots of chips in the paintwork and the armchairs could do with a but of a clean as they were quite grubby and a bit stained through lots of use. Another reason for us choosing this hotel was on the website we were looking at, it advertised having a bar. However, since COVID the bar has not re-opened and from what we could gather it wasn't going to re-open any time soon, if at all. The hotel had added mini-bars to all the rooms which were reasonably stocked with cocktails, beers, wines, water, juices and snacks. However they did not provide any glasses for things such as the cocktails or wines. The only thing you could have used were the coffee cups or the disposable plastic glasses from the bathroom. Similarly the room had complementary tea and coffee facilities which like the mini bar was well stocked however there was no milk at all. Okay if you drink black coffee but you'd be advised to take your own milk if you want a white coffee. Our room had a king-size bed which was nice. It was comfy and had good pillows which is a bit hit and miss in hotels. The bed had a mattress and a memory-foam mattress topper adding to the comfort level. However, the bed had a rubbery mattress protector and a non-fitted sheet which came off all too easily (like as soon as you got into bed) causing it to ruckle up underneath you and you could spend the night re-making the bed every time you moved. Likewise the duvet did not have a duvet cover on it, rather 2 sheets - one underneath it and one on top of it. Not sure how hygienic this is, but for a 4 star hotel I would have expected a duvet in a duvet cover and bedding that fit well! My husband and I decided to sleep on top of the bed as it was far less hassle.... The room was also warm - even at the end of October. We had what was described as air conditioning, but in reality this was a wall mounted fan that was situated under the windowsill and behind the curtains so we didn't get much benefit from it. The temperature of it was also difficult to control. The bathroom was also spacious and consisted of a large walk in shower, bidet, toilet, stool, sink and vanity mirror. However the shower leaked - no matter where you pointed the shower head. My husband almost managed to flood the bathroom (and he wasn't in long). The rubber seals at the bottom of the shower door were also filthy dirty - full of old soap scum and thick black mould. Also the ceiling lightbulb above the sink was not working making it a dingy and dark space. I would have thought the housekeeping staff would have noticed such a thing and got it changed but they did not. The vanity mirror had a light on it but it was a very soft light and not adequate enough for things like shaving / putting on make-up etc. There is free wifi as advertised, however it seemed painfully slow and not suitable for streaming. As someone else mentioned, you had to keep logging in to use it. Overall the hotel is in a great location, but too many corners are being cut like not having a duvet cover (for the price you pay for a 4**** hotel) and not replacing lightbulbs in key areas. We made the most of the stay but would think twice about going back to this hotel!

Nice hotel in a great location. Excellent service at check in and out. Responsive, early housekeeping. Room could use more amenities. Only had small plastic cups in the room. Small, single-person shampoo and body wash, and perhaps a corkscrew somewhere on property. It is Italy and I wanted to enjoy some wine in my room. 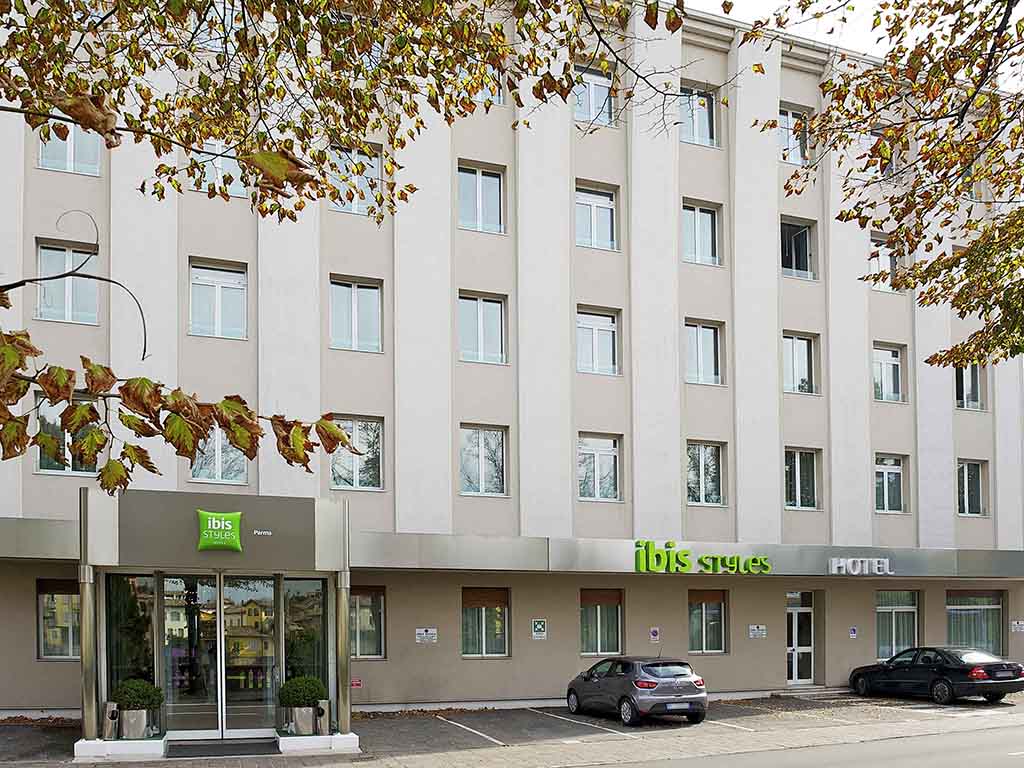 See the hotel
All our hotels in PARMA