If you want a basic clean comfortable hotel with a good value breakfast then this is for you. No frills Excellent location. Car park next to hotel reasonably priced. Lovely town centre and shops lots to see

The rooms are basic but have everything you need. The carpark beneath the hotel is very helpful (though not free). Short 7 min walk to the Dom and old city. But room was very dirty and bed not clean and this spoilt the stay.

Mediocre hotel in an interesting city

You have to use a code to get in the place. Fair enough, I suppose, at the price, but there’s no one there till 5pm. What do we do with our bikes in the meantime? We had asked for a secure overnight place to keep them, but there was nowhere to be found. After 5pm, we reported to check-in and asked fo another pillow; none available. Breakfast was OK, room quiet but small.

The room cleaning are very por!! under the bet you can find a dinosaur… Every day the service come with new towels, but not make any cleaning in the room. They didn´t clean the bathroom, mirror and also they didn´t make the bed...A disaster!!

very rude at our check in. finally accepted our luggage but close until 5 PM> At 5 other person but also very rude didn't try to speak English> Nice breakfast and jovial employee at this time> Nice room but because you can't change your room we were at the same level that a couple of geese on the roof of a small building next to the hotel that means plenty of noise

My note goes to some details in the room services that make the difference: Lack of clothes closets. It is important to have a specific space to organize your clothes while traveling. Soap replenishment Bathroom door drips water

I stayed overnight at ibis budget aachen city. It is within 15 minutes walking distance from the main train station, has simple and clean rooms without "luxury"(which i don't need anyway), and offers a reasonably good breakfast - no feast, but again: I stayed there for business and would not spend more than 20 minutes fro breakfast anyway. I also like the exklusive use of door codes both for the building and for the room - no hassle with pickiing up keys at the reception desk, no worrying that it might be closed when arriving late, either.

If you are used to stay in other Ibis Budget hotels, you won't have any suprises with this hotel. The room is small, but clean and new, and we got what we paid for. The only problem we had was that we left in the morning to have breakfast outside the hotel and when we came back our password worked to unlock the main door (so we got inside the hotel), but it didn't work to unlock our bedroom door (although we still had 1h30 left for the check-out). Since the reception was close (they only work few hours in the day), we had to ask an employee that was cleaning a room in another floor to open our room for us.

Staying at this Hotel for the disabled visitor is fine the bathrooms are very ok with room to move about transfers to the toilet and shower flip down seat are at the right height about 34/5 in .You have to do a right hand transfer in both rooms to the bed which puts you at the wrong end unless you can go left hand but not a prob the door is heavy to the room ..The staff are always good to us friendly the breakfast is ample to start your day .Car park is underground and next to the hotel and the hotel discount your ticket . The town is only 5 min walk/push

good place to stay if you don't paln to work too much time in the roomlocation is excellent, nearby parking relative inexpensive and accessible for 1.90 m car also appaoch to the hotel by car is reasonably good

The worse hotel stuff I have even seen!!! Never go there!!!

We decided to go budget since were sure that a low price does not mean a bad quality and a terrible service, especially in Germany, where everything is about quality. In the morning the nightmare started. Since we had no breakfast included, we just decided to grab a coffee. I went downstairs with my credit card and asked for a coffee, but was told they do not accept cards. I said ok, I will bring some cash, on what they replied that I had to do that immediately. I said we were planning to check out in an hour anyway, so would pay while doing that if ok. The guy said ok, but do that before 1100, otherwise we would be closing the kitchen. Was a very weird arrangement for me, but ok. Grabbed a coffee, went back to the room and started packing. After half an hour we were ready to go, to pay that coffee, to check-out and to leave our bags at the reception since the train was late in the evening, so we had plenty of time to enjoy. Opened the door of the room and saw the corridor full of mess, toilet paper rolling around and towels on the floor in the common area!! A terrible view, never seen any hotel cleaning their rooms this way!!! Anyway, took a while to go through that mess with our luggage before we reached the elevator, which we had to wait a bit for unknown reason. As a result we were downstairs 11:05, being absolutely sure we would pay that coffee, leave our luggage and go. The kitchen area, which is strangely combined with their reception area was locked, THE guy was cleaning inside (no looking German, more eastern face), but since they had glass doors he could perfectly see us standing outside and knocking the door. Complete ignore!! Not even a sign! After a while turned around and started shouting, saying it was closed, go away, I said 11:00! I said do not shout at me, I want to pay, leave the luggage and go. He kept shouting I said to come before 11:00. I was trying to explain but he did not even listen. I said ok, where could we leave our luggage, on what he said he did not care, too late, go away. I was literally shocked. Not letting me pay, neither leaving the luggage he turned around and kept cleaning. I asked for a manager, on which he shouted he was the one, so go away. We had no other choice than to leave and look for a place for our luggage, which was a great luck in Novotel hotel just on the corner, a super polite stuff, whom I explained what happened and they took care of our stuff till the eve. Never go there guys, for them cheap is cheap

Bad hotel and too expensive

Bad hotel, no reception most of the time, you can't even leave your luggage there.Furthermore, I forgot a gadget and they were not able to find it... Even after calling multiple times and a friend going by...

Always consistent, clean and comfortable rooms! Staff is always pleasant. The location of the hotel is convenient, but bustling so there is always noise outside. Sometimes it's hard to sleep with the ambient exterior noise! If you are looking for a comfortable, economical room, the Ibis budget is good!

This Ibis Budget Aachen City Centre is exactly what you expect from it’s name. It’s perfect for a short stay, you can easily reach downtown Aachen in 2 minutes. You do your Check in via the machine in the lobby with your Ibis reservation number. The room itself is small, but this won’t be a problem if you’re travelling with your partner. If you’re travelling with your friend there is no place to change cloths privately after a shower. You can park in the garage underneath the hotel and validate your parking ticket at the reception so you pay €9 euro’s for parking.

Mine was an eleven day stay at this hotel. I don't find the prices to be labelled as cheap. 45€ per day is not that cheap, if you see that this hotel actually offers less than any hostel could offer. The location was really central and was practical for me. Cleanliness was okay, but I saw 2-3 bugs, which actually pissed me off.

Well placed to walk to the Old Town - good budget option in and around more expensive hotels. Car parking is shared with Novotel and is secure and good value at 9 euros. Rooms clean, basic but very comfortable. Hotel quiet - we were there on Weinachtsnacht and slept peacefully. Staff friendly and breakfast ample. Can recommend

IBIS Budget Aachen City is on a good location in the centre of Aachen. Staff is perfect, Rooms are clean and with a Parking next-door easy accessible. Don't know if it noisy is in Weekends because when I am here it is always during the week. But no problems what so ever during the week.

Hotel is very clean, well-located and consistent in quality. Check-in is very easy and staff are always polite and friendly. Parking is very convenient. I will always stay here for my trips to Aachen.

Revenge of the accountants/We have no idea what a customer is, or why are they trying to stay here?

The Aachen Ibis Budget is a study in contrasts between usable and comfortable rooms, and non existent service in every other area. Free wi-fi, that is indeed wi-fi, and indeed free, just not usable in any normal sense when in your room; particularly at the conveniently placed desk, where we would normally use the wi-fi. In fact, the only way to get a response to a search in under 8 minutes, is to stand in just the right place by the door, holding your computer, tablet or smartphone at just the right angle, and in just the right position. This tends to be sub-optimal for the minimal wi-fi experience the adverts would suggest. Similarly the coffee vending machine in the entrance area, which is quite ready to accept money, but shyly reluctant to dispense any coffee, or refund any money fruitlessly inserted in search of such. And coupled of course, with surly, indifferent staff, who ignore the above problems, after being asked for assistance, and who happily will abandon customers in the middle of a credit card transaction, for 20 minutes, to answer the phone; or haranguing a guest for daring to get a refill of the thimble-full of juice provided with the overpriced breakfast Coupled with a website that offers, and logs, early check in, said facility being stoutly denied by the staff, and we would strongly suggest that you stay at one of the other excellent ibis hotels in Aachen, rather than intrude of the privacy of the Ibis Budget.

You get what you pay for. The size of the room is OK, building is quite new. My bathroom was a bit dirty (top of the shower with brownish spots). Wifi is OK. Please note that the parking FEE is not included (mini 9EUR for 1 night). 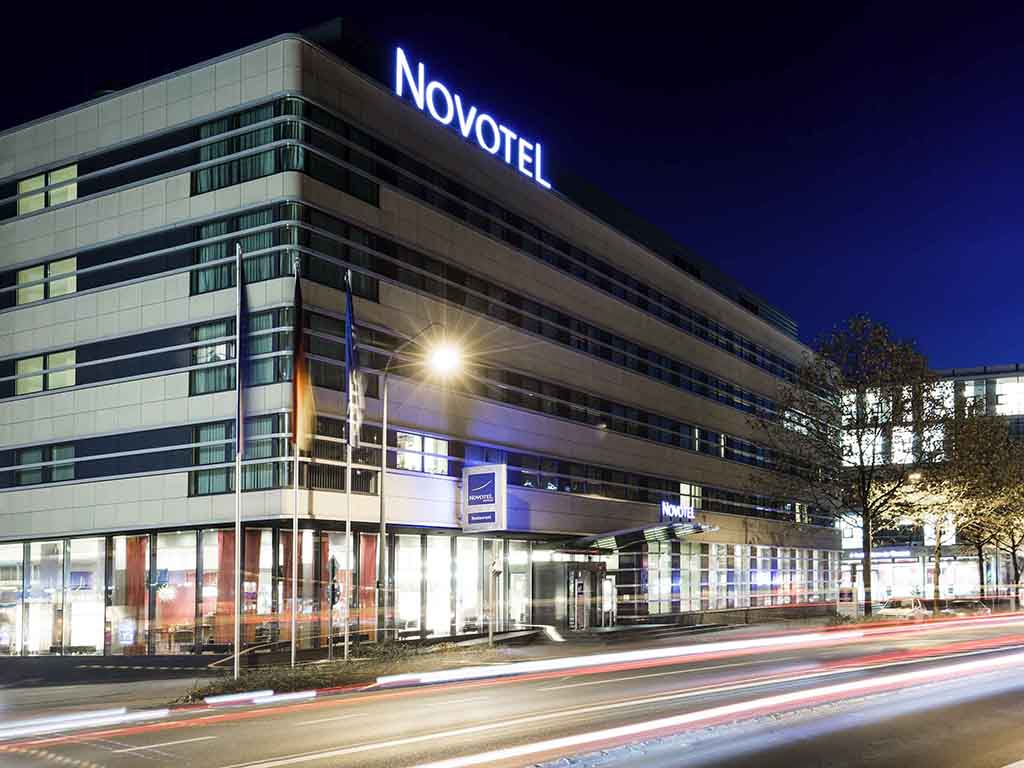 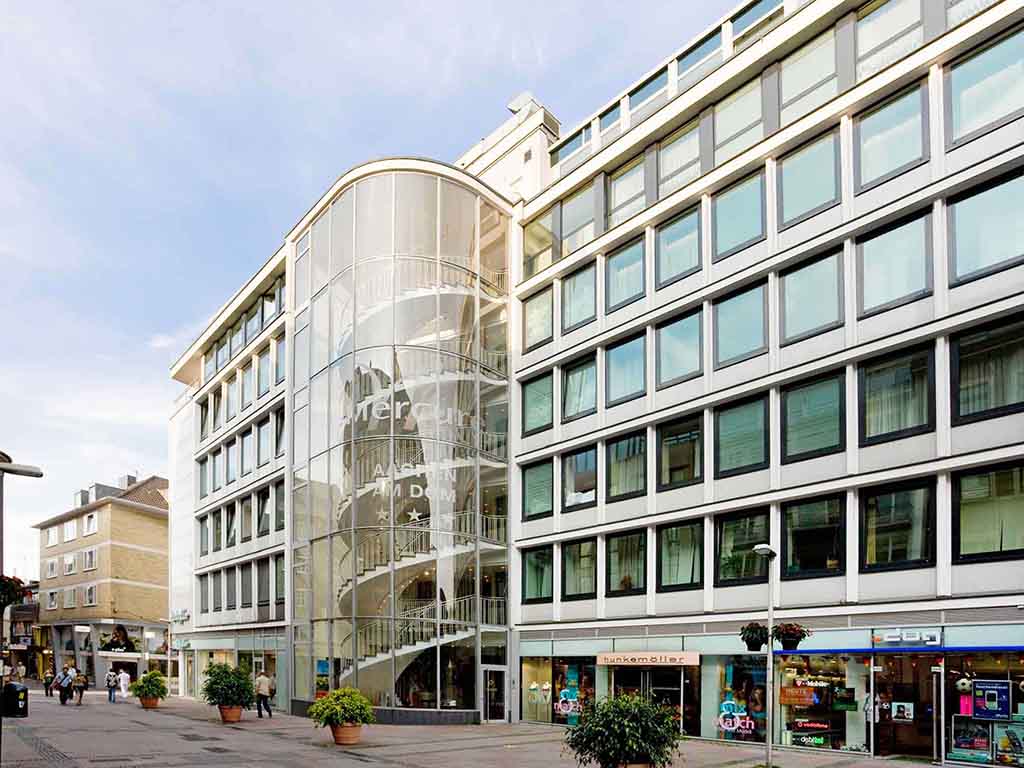 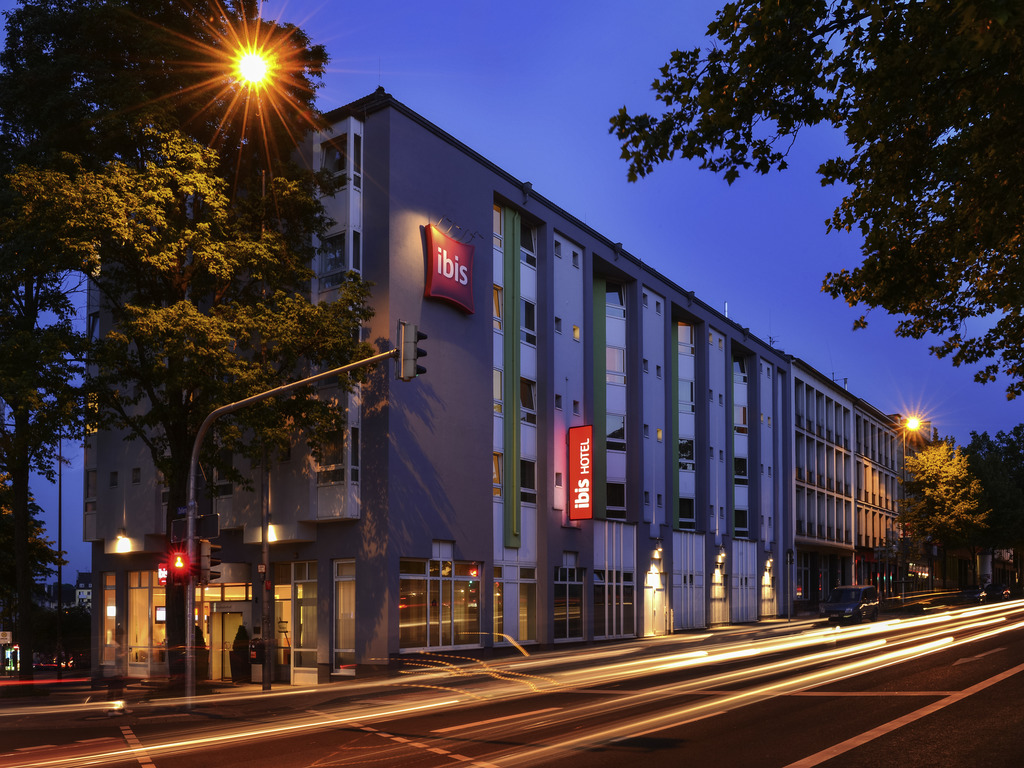 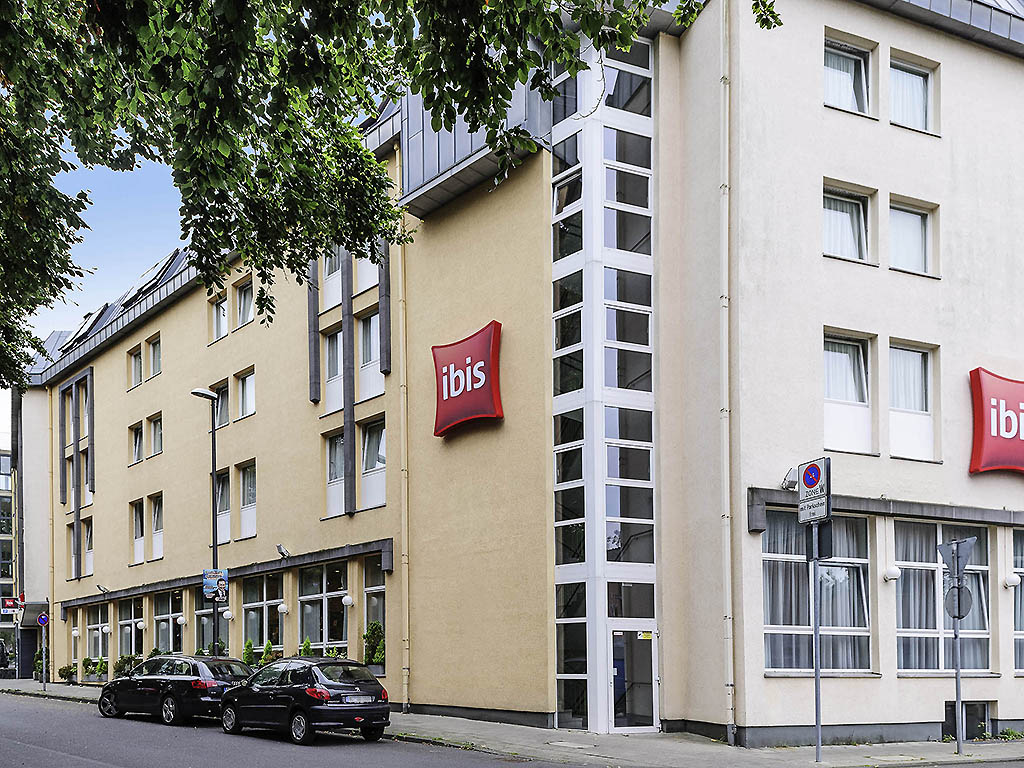