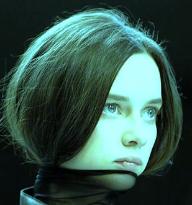 I really enjoyed my three-night stay here: good room with enough space for one person, separate toilet and shower, and a street/river window view. the hotel is located within a 15-20-minute walk to the central areas of Warsaw, with nice park zones just around the corner. bus 188 takes you to and from the Chopin Airport for just one euro every ten minutes, the ride is about 30 minutes (perhaps a bit longer at rush hour). I did online self-check-in and spent literally a few seconds while grabbing the key upon arrival. thank you, Ibis Budget Warsaw Centrum )

Bus 188 from and to the airport. Bus 171 for City centre. OK parks and restaurants nearby. Conveniet, no frills hotel With OK staff and clean rooms i the ibis blue standard. Just what we were looking for.

Dear rolex2019, Thank you for sharing your opinion about stay at Ibis Budget Warsaw Center. I am glad that you enjoyed your stay in our hotel, especially location, hotel cleanliness and ouf staff. We hope to see you again in the nearest future. With kind regards, Ilona Mitrowska Ibis Budget Warszawa Centrum Comfortable basic hotel near the river in residential area, with a regular bus service. Clean, unclutered rooms, pleasant helpful staff and a good buffet breakfast. All at a reasonable cost easily booked online.

Nice hotel for acceptable price in the heart of Warszaw. Clean quiet rooms, good service, everything you need to stay and take a rest. Nice view to the river. It is easy to get to any place in the center of Warsszaw.

Very nice and friendly staff. I had some difficulty with my reservation and they were very helpful. I will recommend and definitely stay again in my next visit to Poland. Thanks you all for making my stay so good

Super value for your money! 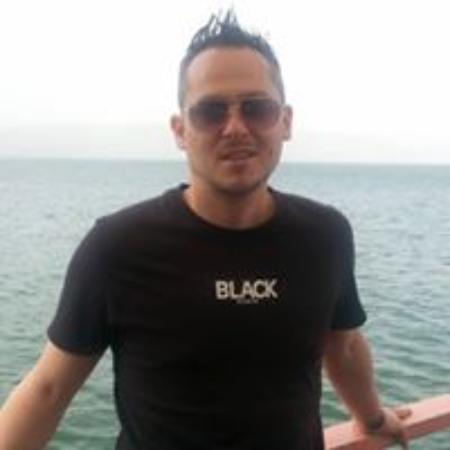 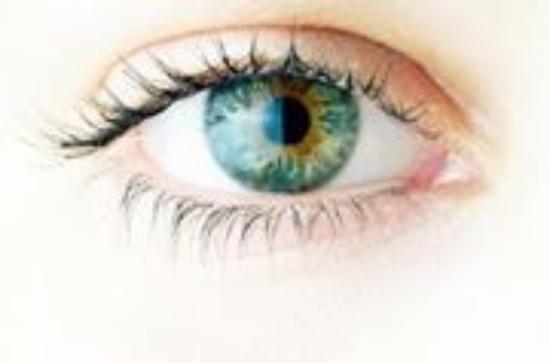 All was fine until they turned on the radio at 11 o’clock to apparently wake me up — the service no one asked for. Quite annoying music too. Also the walls are quite thin — might be a problem for someone.

You know exactly what you will find

This is a fairly standard IBIS BUDGET hotel. For those who simply need a place to sleep comfortably and, if they require it, a place to eat breakfast it is perfect. I have used this hotel chain in various cities so I know I will find a clean functional room with a comfortable bed at a reasonable price. I did feel that the use of Centrum was misleading as it is a good 20 minutes walk to the commercial centre of the city.

Budget hôtel. Very good for thé price. Would recommend it.. À bit out of way but but 15 minutes bus ride to old town. Buses every 10 minutes . Good little grocery store near hôtel. Good staffs. Would stay there again.

Friendly staff, clean and comfortable room, everything as expected on an Ibis Budget. Good location on the city, good transport network, the Vistula is a shirt walk away. I do recommend this place for those who want good value for their money.

If only the beds could be used for actual sleep

Over last seven or eight years I've been staying in this hotel for a week or so, when I visit my family in Warszawa. So one could say that I'm a regular, recurring customer... or at least I have been, because I don't think I will be choosing this hotel (or any other Ibis Budget hotel) until I'll hear that something has been done about the beds. But first things first. Ibis Budget Warszawa is a cheap, functional hotel that will be perfectly adequate for anyone who expects basic services - bed, shower, toilet, couple of channels on the telly, decent internet connection and adequate air-conditioning. The personell is SUPER-helpful, cleaning service is daily and very thorough. The hotel isn't sound-proof by any means, but during all the years I've been there, I never had a problem with noise or disturbances. Hotel's location is frankly a bit crappy and during the nights there really isn't much to do in the neighbourhood. Centrum is half an hour's walk away or you can get there with buss 171, which stops some 500 meters from the hotel. Oddly enough the buss TO THE HOTELL stops just outside the building. Under normal circumstances I would recommend this hotell without reservations, as long as you understand what it offers and what it isn't offering. However... I've been having this problem during my previous visits at this hotell (as well as other Ibis Budget hotels) and this time around I think I've had enough of it - in simple terms, their beds are crap with capitol C, if your weight is 100 kg or more. The madrasses are thin and the beds have no suspension. The end result, for me at least is this - first night I can sleep with minor discomfort, second it gets a bit worse, from night three and onward, you may just as well put me up on a rack and have a go at spine, the results would probably be similar. This time around, I actually had difficulty getting up in the morning because of acute spine pain. Took me over an hour to 'walk it off'. One final complaint, although it's minor in comparison with my grievance about the beds. For the price (30ZL), what's served for breakfast is definitely NOT good value for money. Last year I was staying at an Ibis Budget hotel in Krakow and their breakfast, for same price, was light years ahead of what's being offered at Ibis Centrum in Warszawa. Yes, I get it, there is limited space at this particular hotel, but that's not good enough excuse. In simple terms - what you're offering isn't worth 30 zloty.

Dear docia2019, Thank you for sharing your opinion about stay at Ibis Budget Warsaw Center. I am glad taht stay in our hotel was positive experience for you. I am sure that this feedback will serve as an encouragement to all of our staff as we strive to continuously improve the quality of our service. Once again thank you for your fantastic opinion. With kind regards, Ilona Mitrowska Ibis Budget Warsaw Center 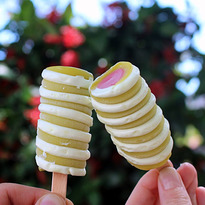 Breakfast was poor. No eggs, no omelette, no pancakes only sausages. I don't eat sausages, so there's nothing to eat for my, just cold snacks. It would be nothing for one morning only, but menu are same every morning.

I would like to share with the manager of ibis budget Warszawa Centrum my negative experience regarding your hotel and failure of hotel staff. I stayed at your hotel for 6 nights from April 8th to 14th. My stay had been without any problems until the night from 13th to 14th. On April 13th there were loud guests accomodated in the adjacent room. There were many people there, their friends from other rooms, having party there and were screaming, banging on the walls a with the doors all the time during the night. I had to report this at the reception. I was assured by two empoyees that they will send hotel security to fix the issue and that I should not worry, that they will take care of everything. But .. they lied, nobody came, they did nothing. Then loud guests went away for a couple of hours and returned in the middle of the night behaving even louder and making even worse noise for they were clearly intoxicated by alcohol. This competely ruined my experience with the stay at your hotel. I did not have a bit of a sleep that night! Therefore I request a financial compensation for this stay.

Dear 284andrejp, Thank you for taking the time to tell us about your experience at the ibis budget Warszawa Centrum. As in Poland we have long holiday weekend I have just received Your opinion according to your last stay in our hotel. Please accept my sincerest apologies both for the long waiting time for the response and the inconvenience that arose during your last stay. We received your complain directly and we already sent the reply to You. Hope you will accept the solution. Please do not hesitate to contact me during your next visit. Sincerely, Anna Jeziorowska Ibis Budget Warszawa Centrum

Loved the hotel !!Great value for money . Very polite and friendly staff , willing to help at any time.Nice and clean rooms facing the Vistula river. Breakfast beyond our expectations , with big variety !!!We totally loved everything. As for the location , 2 different bus stops at 1 minute walk.One bus to old town , the other to the centre of the city. Couldn't wish for a better connection !!!

Nice place for a short stay

A very decent hotel with great location. Quiet surroundings but just few minutes from the centre. Perfect choice for a short stay. The hotel became even more pleasing after the recent renovation. Great value for money.

Dear michal_k590, thank you for sharing your opinion about stay at Ibis Budget Warsaw center. I am glad that ypu enjoyed time spent in our hotel. We hope to see you again in the nearest future. With kind regards, Ilona Mitrowska Ibis Budget Warsaw Center

Everything you need for short term stay

Overall everything was as expected. The only thing that caught my attention in a negative way was very poor choice of breakfast items for vegetarians (not even mentioning vegans). Receptionist was a bit lost but can't really complaint. Good when this is a stop on your journey.

Took me some time to find the hotel - expected it to be more central . Once checked in all troubles were forgotten . THe room was very clean and confortable. From the toileteries - only 1 (one ) small bar of soap , for all parts of the body.Nevertheless liked the place very much and will sta again

A great hotel for a small price

Dear Stefan, We appreciate very much your comments regarding your stay at the ibis budget Warszawa Centrum. It is always a pleasure to receive positive feedback. Thank you again for sharing your experience, and we hope your next visit will be as pleasant as the previous one. Best regards, Joanna Mikulińska Guest Experience Specialist

We stayed 3 nights in September 2018. It was a little further out of the centre than we were expecting - quite a long walk (about 50 mins) from central train station. Not a problem once we had worked out the buses though as there is a stop less than 2 mins away.The room was small with very little storage space but clean and comfortable. The sink and shower were in the room and the only toiletry provided was soap. There was building works outside but they did not seem too noisy. Breakfast was adequate with a choice of cereal, bread, cheese etc plus hotdogs. No eggsthough which would have been welcome. The coffee was not great but there was a variety of teas and juices. Overall a perfectly good place to stay if you are on a budget.

We appreciate your sharing your concerns, and it is our hope that you will give us the opportunity to better serve you in the near future.