Your sojourn leads you to the gates of Egypt. The warmth of the Nubian Desert presses against your skin as you behold the majestic Nile. A 19th-century Victorian palace rises from a ledge of pink granite. Welcome to Sofitel Legend Old Cataract Aswan.

Step into the legendary site where King Fouad once entertained and Agatha Christie sipped cocktails: the 5-star Sofitel Legend Old Cataract Aswan Hotel. In the Nubian Desert on the banks of the Nile, opposite Elephantine Island, the majestic hotel sits on a pink granite cliff overlooking the world's longest river. This ravishing hotel with its legendary guest list of royals and dignitaries is both ideal for romantic getaways, and a perfect venue for small summits and corporate meetings.

If you can tear yourself away from the beauty of the magnificent Sofitel Legend Old Cataract Aswan, a world of fascination awaits you. Elephantine Island and the Aswan Museum are at your feet. The rock Tombs of Amarna, where ancient Egyptian nobles are buried, are close to the hotel. Aswan city centre is a stroll away. Other attractions to tempt you during your stay: the Nubian Museum, the Philae Temple, the Unfinished Obelisk... then return to indulge in French and oriental cuisine and wines.

Watch the sun set over Upper Egypt while sampling from a menu of beautifully presented dishes and delicacies at Aswan's "hottest table." Stunning panoramas from this terrace restaurant and bar soar over Khnum Temple and Elephantine Island.

At our signature 1902 restaurant, celebrate 12 decades of gastronomy with exquisite French cuisine paired with fine wines from the sommelier. Relax beneath the grand Arabian dome by a Qualaun crypt, and savor steamed lemongrass fish or filet mignon.

Oriental chefs blend local flavors with rich Levant cuisine at Oriental Kebabgy, a top Aswan restaurant. Over a feast of spicy, grilled meat and herbed rice, recline on gold banquettes or linger on the terrace with sweeping views of the Nile River.

In this gourmet all-day dining restaurant in Aswan, feast on fresh Mediterranean cuisine with local flavors, from handmade pasta to fish. Copper lamps flicker in our Aswan dining room with Moorish arches in cream and scarlet. Outside, a terrace tempts.

Relax and unwind with a cocktail while you gaze at incredible sunsets over the Nile. Or indulge in traditional High Tea with scones, strawberries and cream, gourmet sandwiches and savory snacks.

Relax and unwind with a cocktail while you gaze at incredible sunsets over the Nile. Or indulge in traditional High Tea with scones, strawberries and cream, gourmet sandwiches and savory snacks.

Set on the Palace's rose granite promontory, the Promenade offers prime views of Elephantine Island and the Khnum Temple. Sip champagne cocktails or sweet hibiscus tea at our majestic Aswan bar, as the sun disappears over the flowing Nile River.

Tucked by the pool overlooking the Nile, this healthy Aswan bar displays striking décor: deep purple, rich wood, glowing crystal. Cool off from the Nubian sun with a hand-squeezed lemonade or energy-boosting smoothie. Unwind on a grand chaise longue.

For a sublime swimming experience, plunge into an outdoor infinity pool that appears to cascade into the sacred waters of the Nile. (Infinity pool is closed till the 16th of August 2022 for annual maintenance).

Kick off a busy day with an energizing workout at our sunny Aswan fitness center, equipped with cross trainers, treadmills, free weights and Technogym Kinesis. A dedicated personal trainer customizes programs for beginners and pros.

After a busy day in Aswan, Sofitel SPA invites you to revitalize in the hammam, jacuzzi and indoor heated pool (adult only) surrounded by glittering mosaic pillars. 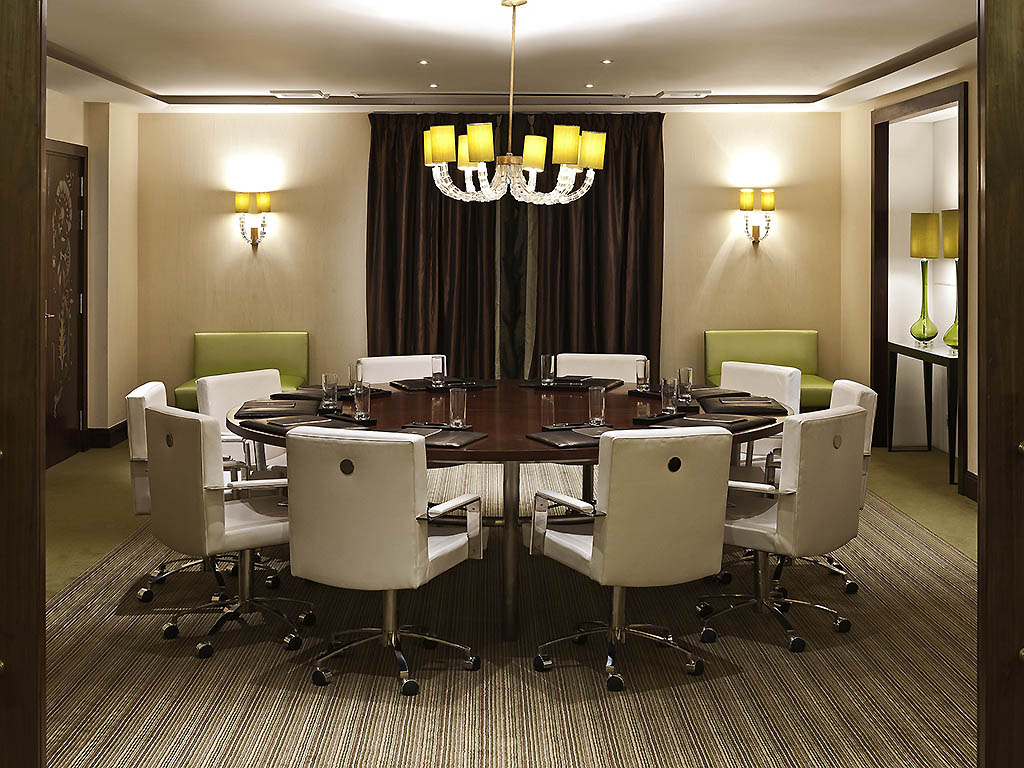 Sofitel Legend Old Cataract is where Legend meets Luxury. With the blissful and breathtaking view of the glamorous Nile, watch the sun kiss the water as you tie the knot in a city legendary for lovers.

The hotel offers 2 different luxury experiences in which heritage is preserved in the Palace,76 rooms and suites while contemporary elegance is lavishly designed in the Nile, 62 rooms and suites.

Perfect service , delicious food and lovely staff (mariam , alaa and mr mohamed :))))) Not the last time!thanks amilion for you all You made our day ♥️♥️and willing to make it again and again ♥️ ☺️..

Under the Cataract spell 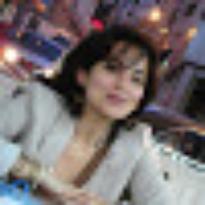 The Old Catarct is a gem on the bike. This place has a charming atmospheres, breathtaking view, excellent drinks, and Mariana was very friendly and helpful. Highly recommended. A prefect break spot after a day of site seeing in beautiful Aswan.

Afternoon Tea at the Old Catract Hotel Aswan was part of our Uniworld Splendours of the Nile cruise and we were so looking forward to it. The hotel is a beautiful building set in maniucured gardens with lovely views from the terrace where we had our afternoon tea. I just hate to think how far ahead the food had been prepared. The first thing I ate was a sandwich and the top layer of bread was dry. This put me off eating more, despite the good presentation of the food. The other disappointment was the lack of service, it was obvious labour was being saved. There was something on the table which looked like a stainless steel kettle and a square white porcelain container with teabags in it. It took a while for our table of eight or ten to work out that we had to choose a teabag and pour hot water on it. The least we had expected was a china teapot of tea and someone to serve it. However, a staff member did appear when we starting removing cling film from the food and finished that job off for us. This lack of service contrasted so greatly with the excellent, attentive service we experienced both on the SS Sphinx and at the Four Seasons Cairo. Much of the food was left, no one on our table ate much at all. I suspect the all felt the same as I did but were too polite to speak up.

Coffee overlooking the Nile at the Old Cateract hotel

Fantastic morning coffee hotel with a wonderful view of the Nile. Wonderful member of reception team Marina was superb in making the most of our visit. Thoroughly recommend this for any visitor. A beautiful hotel in a great location. Fully deserves five stars.

The hotel is really beautiful, a gem in the chaotic Aswan!! We went there for a dinner in their restaurant “Oriental Kebabgy” and the food was amazing!! Great service!! Thanks for this special dinner! 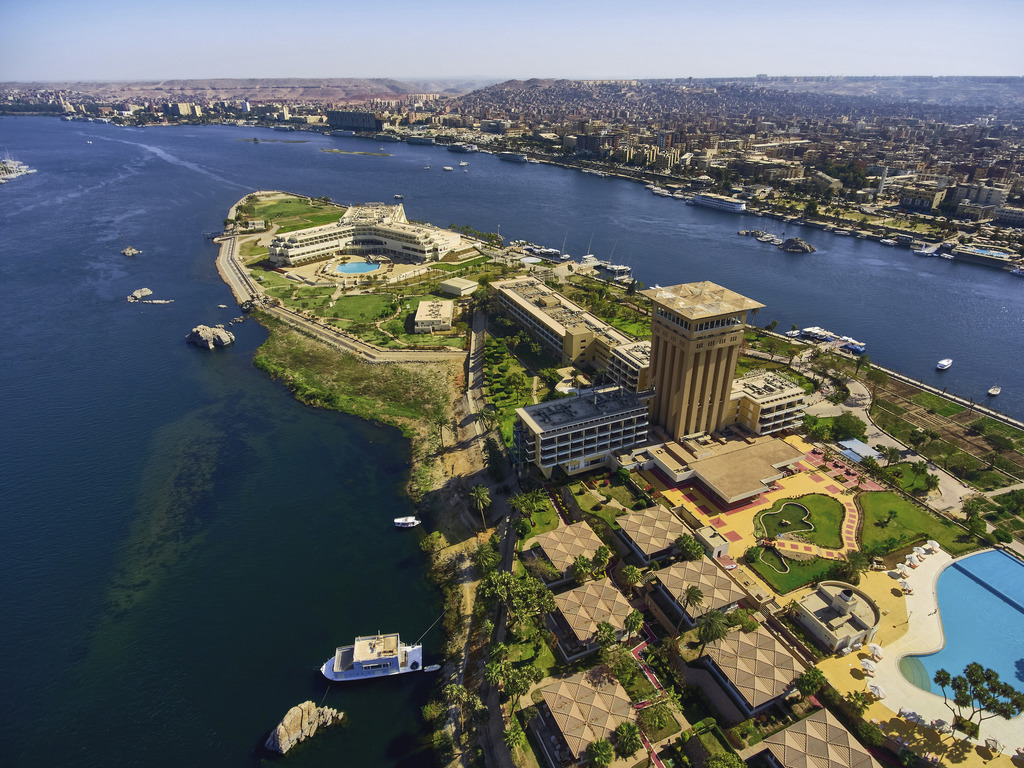 See the hotel
All our hotels in Aswan