The country of Luxembourg has a total of three sites that are part of the UNESCO World Heritage list. One is the city of Luxembourg and its old quarters and fortifications. Even though the city lost its military significance (thankfully), bastions and other fortifications still characterize the city's identity. While walking through the city, you see great contrast of styles due to the domination and influence of different nations throughout the ages. We help you with a World Heritage tour through this UNESCO city, so you can walk around like an old king or queen and learn more about the rich history!

Let’s start with a little history: the city of Luxembourg played a major role for several centuries in European history. Luxembourg was one of the largest fortresses in Europe from the 17th century till late 19th century. This had everything to do with its strategic location between France and the Roman Empire. And that was also the reason that the forts were dominated and further reinforced by major European powers, including the Holy Roman Empire, Prussia and the Spanish and French kings. Over the years, the fortifications of Luxembourg were partially demolished, but most of it is still intact, like a number of ports, forts, bastions and bunkers. The whole acts as one of the best examples of military architecture from the Western history, spanning several centuries. Therefore, the entire old city, as a large fortification, is a UNESCO World Heritage site!

With the construction of a beautiful big castle in the 10th century by Siegfried, Count of Ardennes, Luxembourg was founded. This castle stands on a massive rock at the end of a promontory, surrounded on three sides by the Alzette valley and only accessible from the west - the perfect location to keep a close eye on the city. With the building of the castle, the casemates were also introduced. The casemate is a military shelter, or bunker, underneath this (former) castle that consists of a large network of about 23 kilometers, including 40 fortifications. The Luxembourg casemates are the longest in the world and were ideal for storage and to defend the castle and the city against unwanted guests. Over the years, the casemates were enlarged and strengthened by fort builders and engineers from countries such as France and Austria, which ultimately resulted in the name "Gibraltar of the North".
Today, around 17 kilometers of this network is still (partly) intact, and casemates "Bock" and "The Petrusse Valley" are open to the public. You walk down a long path of, sometimes, narrow tunnels, so it’s not unthinkable to feel slightly claustrophobic. However, this fully contributes to the overall experience! During your tour, you walk along the remains of the castle, various loopholes and cultural exhibitions. And the beautiful panoramic views you will see at different ends are truly breathtaking! When you look out over the valley and the town, it really feels like you have entered the set of Game of Thrones and you are about to defend one of its castles!
Important: you can only visit the casemates between March and October!

Chemin de la Corniche is a defensive wall which was founded by the Spaniards in the 17th century and later reinforced by Vauban. This site is also called "the most beautiful balcony of Europe," and indeed, it offers a magical view over the old town, including a large part of the bustling district Grund. When scrolling down into the Grund area, you will find yourself in a medieval world where the river Alzette flows through, surrounded by typical medieval buildings. You see a number of aristocratic and picturesque houses from the 17th, 18th and 19th centuries around you, but the "Maison de Cassal" is probably the most notable.
In the evening, you will experience a new contrast of Luxembourg, as the neighborhood suddenly turns into a lively nightlife - this is the place for a late drink! For example, go to Café des Artistes for live piano music and tango evenings, or have a drink at Scott's Pub, where you are on a wide terrace overlooking the beautiful river and all the lights.

The Wenzel Wall and Rham Plateau

The Wenzel wall is no less than 875 meters long, including 37 towers and 15 gates, and its elevated position was ideal to defend the inhabitants of the valley. Wander back and forth before finally going through the medieval "Stierchen" tower towards the riverbank for, again, a fantastic view of the boundary wall. This part of the defensive wall forms the junction of the so-called Upper Town and Rham Plateau. If you cannot get enough of Luxembourg’s scenery, go to the front of Rham Plateau where you have a unique view of the military buildings and fortifications, as well as Chemin de la Corniche.

The Neimënster area is the cultural and entertainment center of the old city town of Luxembourg. That used to be different though, as it was home to monks before it got changed into a huge prison after the French Revolution, which later turned into a military hospital. Today, this area is called "Neimënster" and it is the center for theater, (open air) concerts, conferences, seminars and workshops for artists. The "Tutesall" is mainly responsible for all the entertainment in this area.
Looking for more culture or an abbreviated history lesson, visit National Museum of History and Art à Luxembourg where you get a good picture of the history of the city and the country Luxembourg, with archaeological collections and underground chambers. Alternatively, for more culture and art go to National Museum of History and Art (MNHA), the Luxembourg City History Museum, the National Museum of Natural History (NMNH) and the new Grand Duke Jean Museum of Modern Art (Mudam). Old and new are elegantly mixed throughout the city of Luxembourg with beautiful aesthetic contrasts. 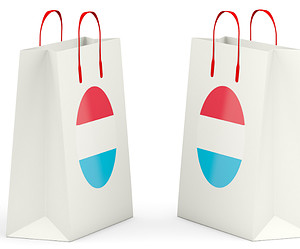 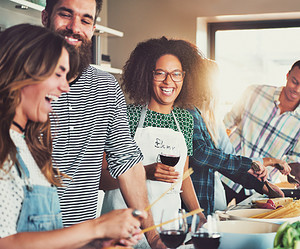 Take part in a Candomblé ceremony

In Egypt, never say that a baby is beautiful!

At least in your next life... Didyou know?

Cambodia could be a hair-losing experience

In Spain, you can play with your food…