New Year’s Eve is the most exciting event of the year for many, though it’s notoriously difficult to plan. If you’re tired of spending the night in the same old restaurant, bar or club, consider taking a UK short break and ring in the New Year in style.

Cardiff
The Welsh capital is an excellent destination for a New Year’s Eve break. Whether you’re planning a trip with friends, family or a partner, there’s something for everyone.
Families with young children will be in stitches of laughter at Cardiff’s annual pantomime – this year’s most anticipated show is Beauty and the Beast at the iconic New Theatre. After the show, grab a bite to eat from one of the city’s many family-friendly restaurants, before strolling back to your hotel. If the little ones are sleepy, why not tuck them in and enjoy a glass of fizz as the clock strikes 12?
If you’re planning a New Year’s Eve that’s a little more rambunctious, there are plenty of lively pubs and bars in Cardiff. After a night of drinking and dancing, you’ll need somewhere comfortable to stay. The Mercure Cardiff Holland House Hotel & Spa is conveniently located in the city centre with a fantastic bar – a great place to start your night.
Manchester
New Year’s Eve means something different everyone; if you’re looking to dance from dusk until dawn, don’t hesitate in choosing Manchester for your short break. The red-brick city is known for its nightlife and underground club scene, and its annual NYE celebrations don’t disappoint.
World-famous DJ’s play at The Warehouse Project throughout the year, though the New Year’s Eve celebration is the most anticipated of these events. This year, Seth Troxler and The Martinez Brothers take the stage for an all-night party in the former air-raid shelter beneath Piccadilly Station. The underground venue opens its doors at 8pm on NYE, and the music doesn’t stop until five o’clock the following morning.
If you’d prefer to dance your way into the new year at ground level, there are plenty of excellent bars and clubs in Manchester which practically burst with energy on New Year’s Eve. Slip into your glad-rags and head to Deansgate Locks, or take a trip into the creative heart of the city, the Northern Quarter, and dip in and out of trendy bars and live music venues.
If you’re planning a trip to Manchester this New Year’s Eve, you’ll want a hotel with a comfortable bed to dive into after a long night on your feet. The Mercure Manchester Piccadilly Hotel boasts a great central location no matter where you’re planning to spend your night.
Edinburgh
Scotland’s New Year festival, Hogmanay, is iconic for its high-energy and broad appeal. Hogmanay is the Scottish word for the last day of the year and encapsulates the excitement of welcoming a new year and a fresh start.
Whether you’re celebrating New Year’s Eve with family, friends, young or old, there’s something for everyone at Edinburgh’s festival. Music lovers shouldn’t miss the Street Party hosted by Johnny Walker, which starts at half-past seven on NYE and promises to warm your heart as well as your insides – every attendee receives a complimentary dram of whisky to toast the new year!
Hogmanay is for everyone and caters fantastically to families with young children who don’t want to miss out on the New Year’s Eve fun. There’s an early firework display and a daytime baby disco, where little ones can enjoy face painting, dress-up, dancefloor games and crafts.
No matter where you are in the city, turn your eyes to the castle at midnight and welcome in the new year from beneath the glittering brightness of Edinburgh’s popular firework display. After a busy night of frivolities, you deserve a comfortable night’s sleep. The Mercure Edinburgh City Princess Street Hotel sits in the very heart of the city, close to Edinburgh Waverly station, so you can wake up feeling refreshed and journey home, into the new year, without any fuss.
Wherever you choose for your UK short break this New Year’s Eve, you’re sure to find an Accor Hotel nearby, so you can recover and get ready for another great year. Head to our website today and plan your trip. 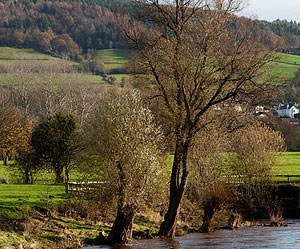 Take a break in El Jadida

Top things to do in Bern