The borough of Old Trafford In South West Manchester is world-famous to both football and cricket fans. The Old Trafford football stadium has been the home of Manchester United Football Club since 1910. Nicknamed ‘The Theatre of Dreams’, its capacity of almost 75,000 makes it the second largest stadium in the UK and allows it to welcome over 100,000 foreign visitors annually.

Less than a kilometre away, Emirates Old Trafford Cricket Ground has been the home of Lancashire Cricket Club since 1864 and hosted the first Ashes Test in England in 1884.  The two venues have hosted some of the biggest domestic and international sports fixtures between them, as well as exhibitions, conferences and big-name music concerts, including the 2017 One Love Manchester concert.  With every visit so full of excitement, travellers from across the world need somewhere for a good night’s sleep, and luckily there are hotels near Old Trafford to suit all.
IBIS BUDGET MANCHESTER SALFORD QUAYS
900 METRES AWAY
Located in the bright and buzzing Salford Quays, this Ibis Budget is a simple stroll across the river Irwell from Old Trafford. Although it provides affordable, no-frills accommodation, there’s no skimping on comfort or convenience here.
The modern and stylish rooms all feature fibre-fast WIFI, Freeview TV and open-plan shower pods. Along with classic, double or twin rooms, you can also book a room with an extra bunk bed for up to three people, which is perfect for families or friends travelling to a match together.
With attentive, welcoming staff and ‘grab and go’ refreshments available 24-hours a day, this is the perfect spot to head back to after an exciting match and some victory celebrations in town.
NOVOTEL MANCHESTER CENTRE
3.5KM AWAY
For a truly relaxing stay at the heart of Manchester, the Novotel Manchester Centre is a superb choice.
You can take advantage of on-site extras, including a dedicated kids’ corner and well-being centre, complete with modern gym equipment, sauna and hammam baths. The Exchange Food and Drink Lounge serves a menu inspired by regional cuisine in a laid-back atmosphere, and the bar is stocked with top-shelf wines, beers and cocktails for you to enjoy.
Located just a few minutes from the central, St. Peter’s Square tram stop, you can easily travel from the Novotel to Old Trafford in under 15 minutes.
When you return after your match, concert or victory celebrations, you can enjoy satellite TV, WIFI and 24 hour room service. With a late check-out time of up to 5PM, you don’t need to worry about sleeping in the next morning.
MERCURE MANCHESTER PICCADILLY
4KM AWAY
Situated at the centre of the city, this is the perfect option for visitors to Old Trafford who don’t mind a short journey in exchange for an exceptional, four-star experience.
Choose from added extras, like robe and slippers, complimentary newspapers and a Nespresso machine in the Superior and Privilege rooms – or opt for a city side Classic or Standard to enjoy views of the Manchester skyline from the comfort of your own, climate-controlled room.
For more views of Manchester, make sure to enjoy a meal at The Brasserie, the on-site restaurant that serves everything from light snacks to three course meals, all with a stunning, panoramic backdrop.
To get to your match or concert, simply board a tram from the Piccadilly Gardens stop outside the hotel for a straightforward, 10-minute journey to Trafford Bar. 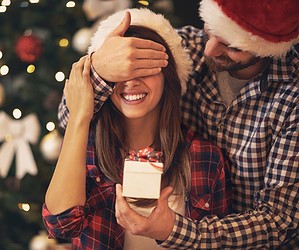 A good night's sleep in a hotel bed

the 5 best things to do in Twickenham