South Phuket’s Big Buddha is hard to miss. It’s one of the most impressive landmarks on the island, attracting thousands of visitors each year.

Perched high on the top of Nakkerd Hills is a gleaming white marble statue of Buddha. Known simply as the Big Buddha (its official name is Mingmongkol Buddha image), the majestic statue is one of the most revered on Phuket and has slowly become one of the most popular attractions on the island. If you are planning to visit Big Buddha in Phuket, here is all you need to know, including how to get there.

The idea for the statue came about when a group of friends discovered the spectacular views from what was to be the Big Buddha statue's future location on Nakkerd Hills. Instead of simply transforming this into a popular viewpoint like Laem Phromthep, however, the friends decided that they needed something much more significant for the people — an enormous statue of Buddha.
Construction for the Big Buddha began in 2004, and the statue is dedicated to the late King of Thailand His Majesty Bhumibol Adulyadej. Next to the Big Buddha sits a smaller Buddha image made from brass, devoted to Her Majesty Queen Sirikit.
What is especially impressive is that the massive Phuket Big Buddha statue, which is 45 metres tall and spans 25 metres at the base, was built entirely with donations from locals and foreigners! If you wish to contribute towards the ongoing construction and maintenance of Big Buddha — an act of making merit — you may offer donations at any of the donation boxes located near the base of the structure. Another way for you to contribute towards the construction of the statue is to purchase a marble tile, with suggested donations starting at 100 baht for the smallest tile.

Big Buddha Phuket: How to Get There

Getting to the Big Buddha is fairly straightforward, but the roads uphill are steep so be careful. Simply follow route 4021, turn down Soi Yot Sane 1 or Soi Jaofa 49, and follow the many signposts leading to the Big Buddha statue.
If you are up for a challenge, you can even try hiking from the base of the hill to the top! This will take about an hour to complete; remember bring along a hat and sunblock as there is not much shade along the way.

We suggest visiting the Big Buddha early in the morning to beat the heat and crowd — more than a thousand visitors come here to pay respects to the Big Buddha daily and it can get crowded during the day.
If you are feeling peckish, you can stop at any of the restaurants on the way uphill. We recommend Star Mountain Sunset Restaurant for some affordable local cuisine and, as its name suggests, stunning sunset views.
Once you arrive at the top, you will be glad you dragged yourself out of bed for this! Standing at the base of the majestic structure can be a very humbling experience. You may also want to bring along a wide-angle lens to fully capture the Big Buddha statue. From this vantage point, you will also be able to enjoy sweeping views of Phuket Town, Chalong Bay, Rawai, Karon and more, alongside lush greenery and scenic beaches.
While the Big Buddha is open every day, you may want to avoid visiting on rainy days as navigating the roads uphill might be tricky, and the view may be obscured by dark clouds.
As this is a religious site, do dress appropriately. That means no tank tops and short shorts — this is not a Full Moon Party, so please cover up! 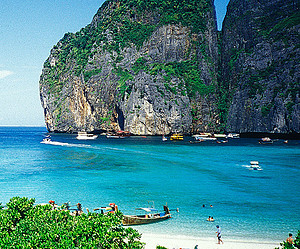 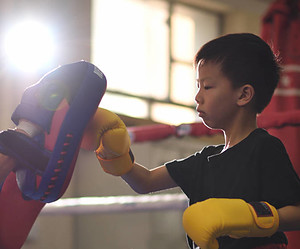 5 Marvellous Palaces You Need To Know

What to See in Luang Prabang