There's nothing quite like witnessing the sun set over a sparkling city. Here are the best places to enjoy the Melbourne skyline and take in the unforgettable view.

If you want to get one of the best views of the city head straight up to level 88 at Eureka Tower. Boasting 360 degree views of Melbourne’s CBD and beyond, catch a glimpse of the city and surrounds from Melbourne’s highest tower. When weather’s clear you can see sights up to 75km away - it doesn’t get much better than this. If you’re feeling courageous and like to live life on the edge, sign up for the ‘Edge’ experience. This glass cube extends out of the side of the building and gives you next level views – even through the glass floor! A must-see if you’re in town.
Open: 10am to 10pm daily, 10am – 5.30pm on Christmas Day & New Year’s Eve

For one of the top restaurants with a view Melbourne has to offer you can’t look past No35. This hotel restaurant offers exquisite cuisine and jaw-dropping views that even many Melbournians won’t know about! If you’re seeing a show at one of Melbourne’s theatres the pre-show menu may be for you. You’ll get two courses, a glass of wine and one of the best spots in the city to see the Melbourne sunset for just $60 per person. Otherwise dine a la carte at your own pace and order to your heart’s content.
Open: 6pm to 10.30pm Sunday to Thursday, 5.30pm to 11.30pm Friday & Saturday

Stopping by the famed Rooftop Bar is essential during your visit to Melbourne. Tucked in the middle of the CBD, it’s one of the best spots to grab a nice cold drink as you sit back and soak up the inner-city views. If you get peckish check out the Rooftop Burger Shack or duck down one level to Mesa Verde for some top notch Mexican fare. Visiting between December and April? Expect to find the space converted into Rooftop Cinema most nights of the week (typically excluding Mondays and Fridays), screening new releases and old favourites.
Open: 12pm - 1am daily
Related: Take in the view from these top rooftop bars in Melbourne

If you loved Ferris wheel’s as a kid this might be the next best thing. Head away from the hustle and bustle and over to Docklands on the outskirts of Melbourne’s CBD for a new perspective.  Deciding whether you want to go for a spin by day or by night can be tricky, so do yourself a favour and experience both with the ‘Sights and Lights’ package. Short on time? Check one off your list now and keep the other for the next time you’re in town!
Open: 11am – 10pm daily

For a great view of Melbourne without being right in the middle of it, head a short 3km out of the city centre to Albert Park Lake. Home of the Australian Grand Prix, Albert Park is a wonderful spot to snatch some of the best views of the Melbourne skyline without the crowds. Our recommendation – pack a picnic or barbecue eats and get your camera to capture the Melbourne sunset.
Squeezing in more than one of the above spots deserves some time. Extend your visit and check in to one of Melbourne’s hotels. Don't forget to take some happy snaps to make the folks back home jealous too! 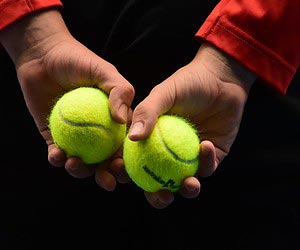 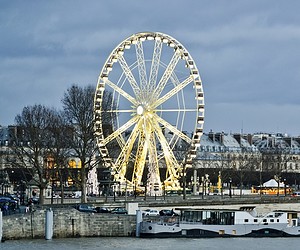