Offering endless variety when it comes to day trips, the Gold Coast is just a stone’s throw from picturesque countryside, big cities and laidback beach towns.

Not sure how to make the most of your time on the Gold Coast? Even if you’ve already soaked up plenty of sun at Surfers Paradise and visited all the theme parks, there’s still lots to see and do.
Whether you want to cross the border into New South Wales, make your way north towards the bright lights of Brisbane or explore the hinterland region, we can tell you the best day trips to do from the Gold Coast.

Quaint seaside communities are plentiful in northern New South Wales, but Byron Bay is no ordinary resort town. Famed for its natural beauty and bohemian culture, this village is mainland Australia’s easternmost destination.
Travelling to Byron Bay from the Gold Coast takes around two hours by car, but don’t let the distance deter you. To make the most of your trip, these are some of the best things to do in Byron Bay:
Explore the Cape Byron State Conservation Park
Enjoy panoramic views from the top of the Captain Cook Lookout (if you’re in town between June and October, you might even see a blue whale swim by)
Grab a beer at Woody’s Surf Shack, one of Byron’s most popular bars
Catch some waves at Tallow Beach.
TIP: Beat the traffic to Byron Bay by getting out of the Gold Coast first thing in the morning.

Not all Gold Coast tourist attractions involve sand and surf – head away from the coast in a westerly direction and eventually you’ll come across the hinterland, a secluded haven of protected national parks. Covering densely forested mountains, waterfalls and native Australian wildlife, this part of the Gold Coast offers day trippers a stunning change of scenery.
If you don’t know where to begin navigating the hinterland’s network of winding backroads, add Tamborine Mountain to the top of your must-see list. Scattered with bushwalking trails and wineries, this tranquil summit is one of the Gold Coast’s most popular day trip destinations.
Take a stroll through the rainforest canopy by embarking on the Tamborine Mountain Rainforest Skywalk.

Located just a few hundred metres off the northern end of The Spit (a section of Gold Coast beach that extends into the seaway), South Stradbroke Island is tantalisingly close to the mainland. Nicknamed South Straddie by locals, the island is made up of sand dunes, bushland and secluded beaches. It sits among a group of Queensland islands in Moreton Bay, and can be reached by private or chartered boat.
Home to just a few hundred people, South Straddie is great for bushwalking and fishing. Once you’re done exploring, considering popping over to North Stradbroke Island. The beaches are just as beautiful on North Straddie, but as the more densely populated island, it has a greater number of dining and transport options to choose from.
Keep an eye out for wombats while on South Straddie, which is home to a thriving population of these cute critters (just make sure they don’t steal your lunch!).

If you can drag yourself away from the beach for a few hours, Queensland’s capital city is well worth a visit. Located just 90 kilometres north of the Gold Coast, Brisbane is filled with day tripper-friendly attractions. Built along a winding river, it has all the vibrancy of a big city, with just a hint of country town charm.
From checking out the museums and art galleries in South Bank to catching a game of rugby league at Suncorp Stadium, you shouldn’t have any trouble finding fun ways to spend a day out in Brisbane. 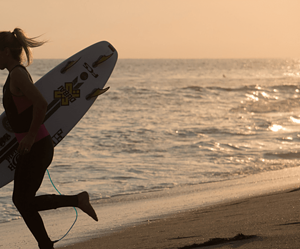 How to stay fit and healthy while you travel 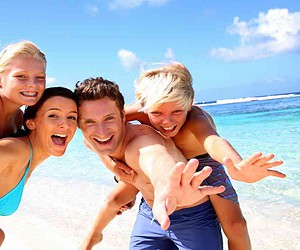 How to Amplify Your Experience at These London Tourist Attractions

A Local's Guide on Things to do in Paris