When Pierre announced he was going to visit New York back in 2005, his father slipped a little something inside his luggage: a camera. He didn't know it at the time, but this small gesture was to have a profound impact on his son's destiny. Pierre's voyage to New York would introduce him to the wonders of photography, leading him to experiment with light, colour, and the art of shooting portraits. Little by little, Pierre learned to find and capture those seemingly ordinary moments that often escape our notice: "As the saying goes, all the world's a stage. When we keep our eyes open, we're always expecting the unexpected." Welcome to Pierre Belhassen's 'theatre of life', Marseille, France.

La Bonne Mère (Notre-Dame-de-la-Garde)
0:00
Daybreak, and I'm standing on the top of Notre-Dame-de-la-Garde, the hill that looks out over the city.
At its peak stands the city's basilica, la Bonne Mère - the 'Good Mother' - known to all as the symbol of Marseille.
The views alone are enough to take your breath away. Unsurprisingly, the hill is one of my favourite meditation spots.
La Baie des Singes - 'World's End Beach' / Le Cap Croisette - Marseille's 8th arrondissement
0:00
Next stop, the Cap Croisette, on Marseille's southernmost coast.
Jagged columns of stone bathed in cloud adorn the peninsula, while the turquoise waters of the Baie des Singes (Monkeys' Bay) lap the white rocks of the Ile Maïre just opposite.
In bygone days, the cape was a hive of activity for smugglers. Local children, playing on the beach, were warned not to talk about what they saw. An atmosphere of calm silence still pervades the bay to this day, as though the families of the Cap are still keeping their secrets...
Epicerie l'Idéal - Noailles neighbourhood, Marseille's 1st arrondissement
0:00
This neighbourhood is one of my favourite places to visit in the whole of Marseille. In the heart of the city's Noailles district, this specialty shop-cum-restaurant offers the very best of local cuisine, as well as dishes from further afield. Be warned: in the classic French bistrot style, you'll be sharing your table with a bevy of other diners, so bring earplugs unless you want to be deafened by the loud conversation and clinking crockery! Of course, that's all part of the charm. Add the smiles of Julia and her team (and the delicious food), and you have a truly unforgettable atmosphere.
On my plate: the 'Noailles Power' salad, featuring local broccoli, lemons, capers, ricotta and divine homemade hummus.
La Maison du fada / Cité radieuse - Marseille's 8th arrondissement
0:00

Designed by the legendary French architect Le Corbusier, the 'Radiant City' was conceived first and foremost as a social space. This avant-garde housing block contains a gallery, creche and bookshop, as well as a hotel that's open to the public.

I sip my coffee in the on-site restaurant, The Belly of the Architect, before heading up to the 'vertical garden'. The building's stunning rooftop terrace looks out over the whole of the city, from the hills that surround it right out to the sea.

One of Marseille's largest museums, the MUCEM building boasts a panoramic esplanade that's hugely popular with local runners. Connected to the ancient Fort St-Jean via a bridge almost 20m high, this ultra-modern building features stunning concrete latticework, creating a dynamic contrast of shadows and light. I like to come here and reflect on the passage of time, whether that's watching the light change over the course of a day, or travelling across the millennia inside the museum itself.

As the day draws to a close, I'm at the bustling Plage du Prophète. Rain or shine, alone or with friends, this is one of the city's most popular spots to take it all in. Summertime sees the beach crowded with locals, enjoying a glass of wine as the sun sets. The perfect place to kick off your shoes and enjoy the view of horizon. 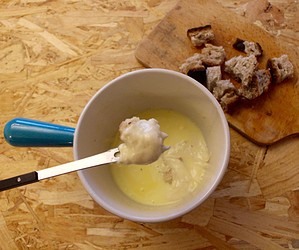 Would you love St Moritz Queenstown?