Really terrible wifi connection. 3MB, and very unstable, you cant use it neither to work or relax. The staff was very hellpfull, but there was nothing They could do. The hotel is in a business zone, só you would expect you could at lesar work with its internet conection. But no.

Dear Sr Rodrigo, Thank you for taking the time to tell us about your experience at the Mercure Bogota BH Zona Financiera. I am sorry that your experience did not meet your expectations; please allow me to express my sincerest apologies. At Mercure bh zona financiera, we strive to provide a superior service experience for every customer; therefore your feedback is very important to us. Please rest assured that we are taking the appropriate measures to address the problem and prevent future occurrence. We appreciate your sharing your concerns, and it is our hope that you will give us the opportunity to better serve you in the near future. Sincerely, General Manager

The rooms need some care. Shower pressure, what pressure? The water dribbles out of the showers. The curtains also caused problems getting stuck from time to time, meaning we couldn't enjoy our lovely views. In addition the TV is the same as the ones you'd find in a budget hotel, not smart and tiny. Not ideal when you want to relax after a day of exploring. It also doesn't help that the hotel doesn't allow for more than one key per room. The location however is great. You're walking distance from Zona G, a safe neighbourhood with an abundance of excellent restaurants. This hotel's saving grace however is a young staff member named Christian! Always greeting each guest with a smile and remembering everyone's name. Christian went above and beyond, I even felt bad going up to him with my complaints which he seemed to have remedy for almost instantly. In fact the same could be said for all the staff.

Dear SR akumar, We appreciate your comments regarding your stay at Mercure Bogota BH Financial Zone. It's always a pleasure to receive feedback of our guest. We will extend your comments to our team. I am sure that these comments will serve as an encouragement to our entire team as they continually strive to improve the quality of our services. We are very sorry that your experience has not been pleasant. At Mercure BH Financial Zone, we strive to ensure that our clients always enjoy their stay. We will take your comments very seriously. Thanking you once again for sharing your experience with us and hoping that your next visit be more pleasant as the previous one. Receive a cordial greeting. General management

The owner of this hotel probably needs to invest in better window quality that will block the traffic noise. In two instances out of my 7 day stay, the entrance was accessible but no one was on the desk. Concerning that anybody can just walk in.

Dear Sr PhatAlbert, Thank you for taking the time to tell us about your experience at the hotel Mercure bh zona financiera. I am sorry that your experience did not meet your expectations; please allow me to express my sincerest apologies. At Mercure bh zona financiera, we strive to provide a superior service experience for every customer; therefore your feedback is very important to us. Please rest assured that we are taking the appropriate measures to address the problem and prevent future occurrence. We appreciate your sharing your concerns, and it is our hope that you will give us the opportunity to better serve you in the near future. Sincerely, General Manager 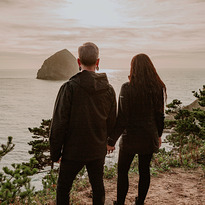 DO NOT COME HERE. Terrible experience from start to finish. Booked a room online that included breakfast. When we arrived we paid in full and were informed that breakfast would be an extra $30,000 COP/ Per person/ per night only after we had paid already. When we explained that our rate included breakfast we were met with confrontation explaining that was not the case even though we showed them the website where it said it was included. It was late at night so we went to bed being they said they would have someone call in the morning to resolve this. After waiting and receiving no phone call we called ourselves. After a 20 minute phone call with the front desk explaining that we booked online and THEIR website says breakfast is included, we were told “our rate was too low” and there was absolutely nothing they were willing to do for us. Also, the walls are so thin in the rooms that you can hear your neighbors conversations clearly, constant noise from the city, the rooms have terrible Wi-Fi, and the room seems to shake when you close the door. Overall bad customer service, bad Wi-Fi, bad rooms. Avoid at all costs.

Good morning Mr. Aaron, we are very sorry that your experience was not to your liking, we were reviewing your case and indeed the rate you paid for Expedia was without breakfast, we are sorry that your agency has not informed you or has not been able to resolve your concern, also that you had a bad experience with the Wi-Fi and that the room did not seem good to you. At the Mercure bh financial zone hotel we care about our guests being comfortable and enjoying their stay in our spacious rooms and always revealing our best service, we are sorry again the agency through which you made your reservation has not been clear with you at the time of offering, greetings General Manager

Great experience. The check in and checkout were really fast. Rooms are clean and well designed. The only think missing is a parking/ waiting spot for drivers and cab, to pick up passangers. I would recommend for those who need to be at Zona Financiera.

Dear Guest, Thank you for your feedback regarding your stay at MERCURE BH ZONA FINANCIERA HOTEL. We are daily motivated to achieve a unique experience on each of the different guest who visit us in orden to make them feel as is they where already at home. With your comments we will improve every day Hope you visit us again. Kind regards, General Direction 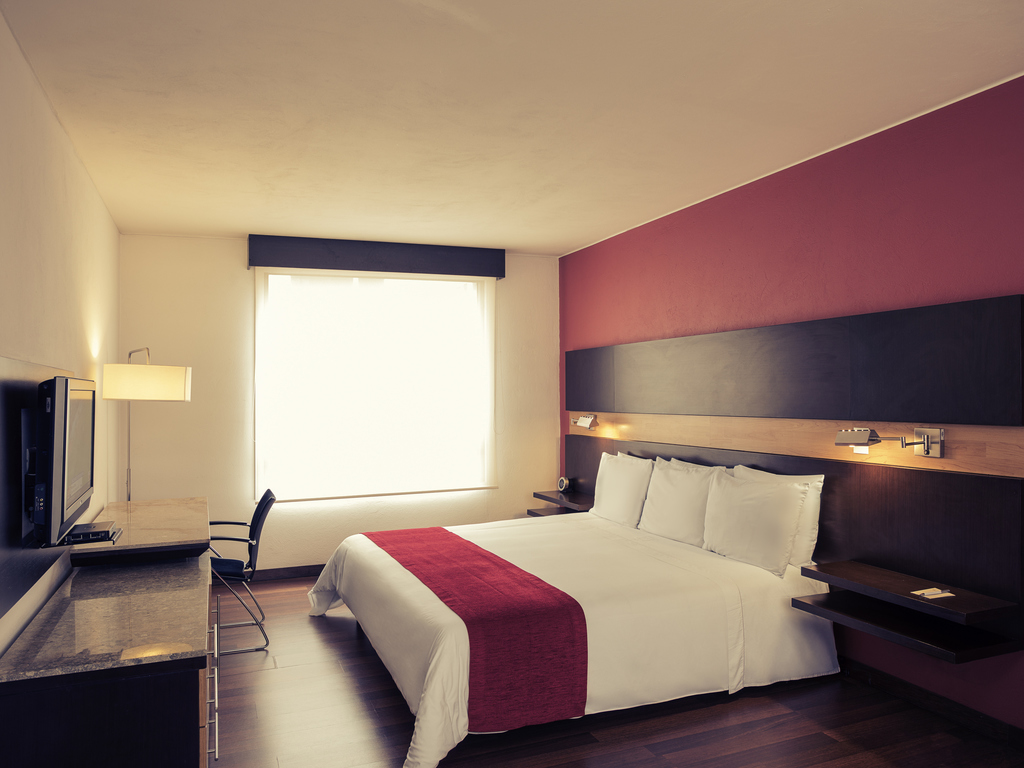 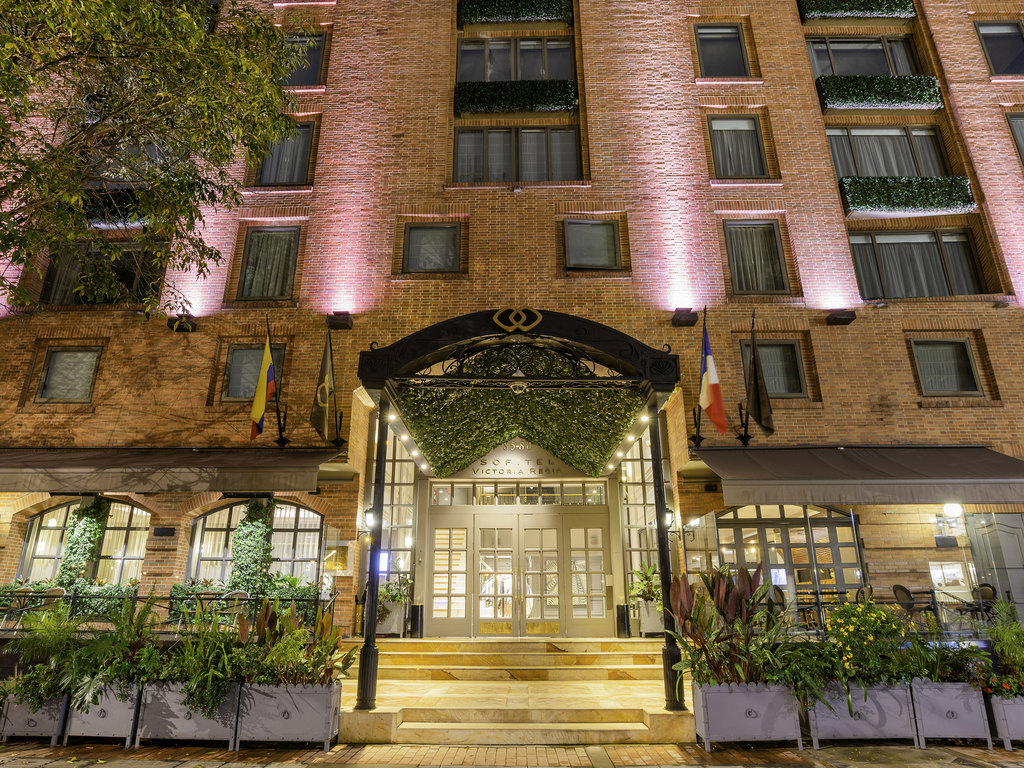 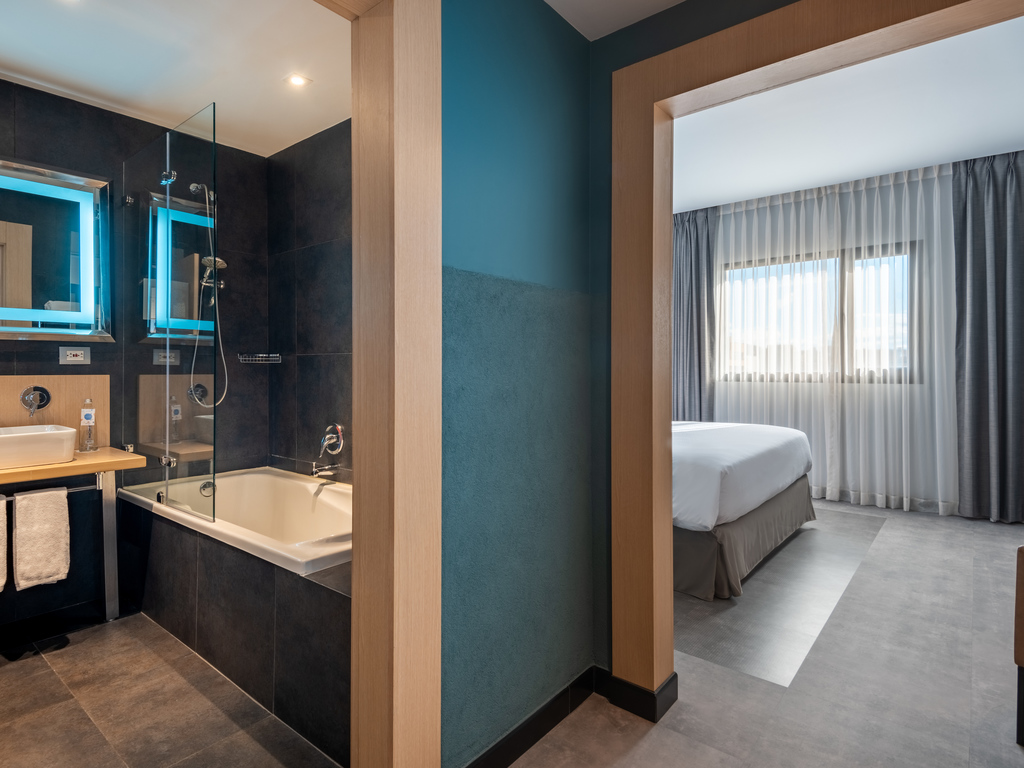