We booked this hotel as it had a swimming pool as our daughter loves swimming. The hotel seems to have a deal with local residence who run the pool. During our week long stay the pool was closed for three days. When open there is a long list of rules including my daughter not being allowed to wear swimming goggles (still trying to figure out how swimming goggles will harm the pool). I noticed any time anyone slightly broke this long list one of the local residents in the balconies surrounding the pool whould shout at them. We spoke to the friendly hotel staff who tried to let my daughter swim with googles but they said no. The staff say they get constant complaints from guests about the pool. Do not stay here if you have kids who want to enjoy the pool. The corridors in the hotel need upgraded as they are dark and need a paint job. On a more positive note apartment was a nice size and the staff were very friemdly. Afriad the pool knocks a star off this hotel as it was the reason we booked it and both the closure and all the rules really upset my daughter.

Not a good experience

The hotel is basic but was clean and had all we needed and it is in a good location; however the front desk staff were very unprofessional and halfway though our stay they came to our room to ask us to come to reception and pay again what was already paid; all was sorted by our travel company we were booked through, but no apologies from staff and we couldn't discuss the issue with the hotel manager at all, in person or by email ....no reply. I won't stay here again

Dear Guest, Thank you for taking the time to tell us about your experience at the Aparthotel Adagio access Nice Magnan. I am sorry that your experience did not meet your expectations; please allow me to express my sincerest apologies. At Adagio Access, we strive to provide a superior service experience for every customer; therefore your feedback is very important to us. Please rest assured that we are taking the appropriate measures to address the problem and prevent future occurrence. We appreciate your sharing your concerns, and it is our hope that you will give us the opportunity to better serve you in the near future. Sincerely, H. BEN HADJ General Manager

The room was comfortable with every kitchen wares we needed, shops are nearby, just like the beach. Wifi was really good quality. Heating was also good, we had a room with balcony with a view of the street though the place was quite. The tram 2 was right before the hotel. Is a really nice place!

Confortable and clean apartment . with easy access to the town as well to the airport. Those associates made my stay unforgatable Fornt Desk :Timi , she' awesome like Mr. Yannis so attentative he's in all the details. I'll be back

Noisy, rude ladies at the desk. In desperate need of a renovation

Arrived early in the morning at the hotel. It was about 10am. We knew upfront that early check in was not possible, but we were told by email that we can leave our luggage at the hotel. So we did. We were welcomed by Mr. BEN Hadj, very friendly. We were offered to use the (clean) toilet to change our clothing. After leaving our stuff, we went for a tour and returned a little over 15:00. There was a lady at the desk. The friendliness of earlier that morning was no were to be found. She looked at us, like she did not understand anything what we were saying. After finding the reservation( had to repeat over 10 times) she mentioned: ok, so the reservation is for 1 person? Even though we were standing in front of her and the reservation was made for 2 persons, not a very good start. After filling in the necessary forms, she wanted a creditcard. She kept on repeating " Were is the creditcard" after explaining that the booking was fully paid prior and there wasn't any mentioning of the need to present a creditcard, she kept on repeating herself that she needs it for deposit, but when asking for what,she stopped talking and acted oddly strange. We kept in saying, we can give a cash amount or a debit card, but she kept on repeating "creditcard" creditcard" like a toy that has run out of battery. After giving my debit card, she again kept on repeating creditcard creditcard, " this is not good, we need a creditcard " but even after 10 minutes, she could not explain why the creditcard was needed(ps. her English was OK, so there was no language barrier) after the manager came from his office and said a debit card is fine as well, she did not say a thing. After a quick explanation of the utilities of the accommodation and handing is the wifi code and the code to enter the premises, we were (finally) handed over the key. Not a single time we heard: "enjoy your stay, thank you" Arrived at our room, the first thing that we noticed was the extreme scent of cigarettes. Also good to mention, the room was clean, good job housekeeping. Rooms are in desperate need of a renovation. Worn out. Carpet in the hallway was disgusting. As the rooms are situated on the streeth side: very very much noise of traffic. It starts at 6:00am and ends after 00:00 Staff: only the manager was friendly. The other 2 ladies were rude and totally uninterested. A simple Bonjour/bonsoir never came out of there mouth during our stay. Conclusion: location is indeed near the promenade des anglais, but that is easy if you have a 7km coastline. Very noisy, and dated. Will not came back. But, Nice stole our hearts, j'aime Nice! 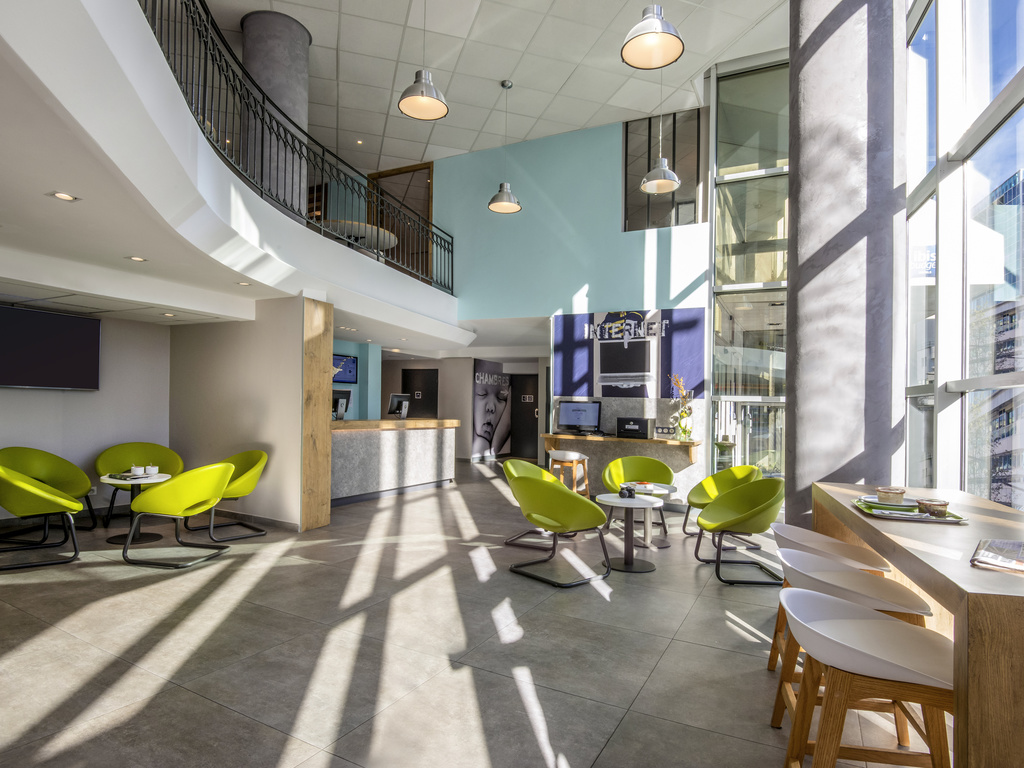 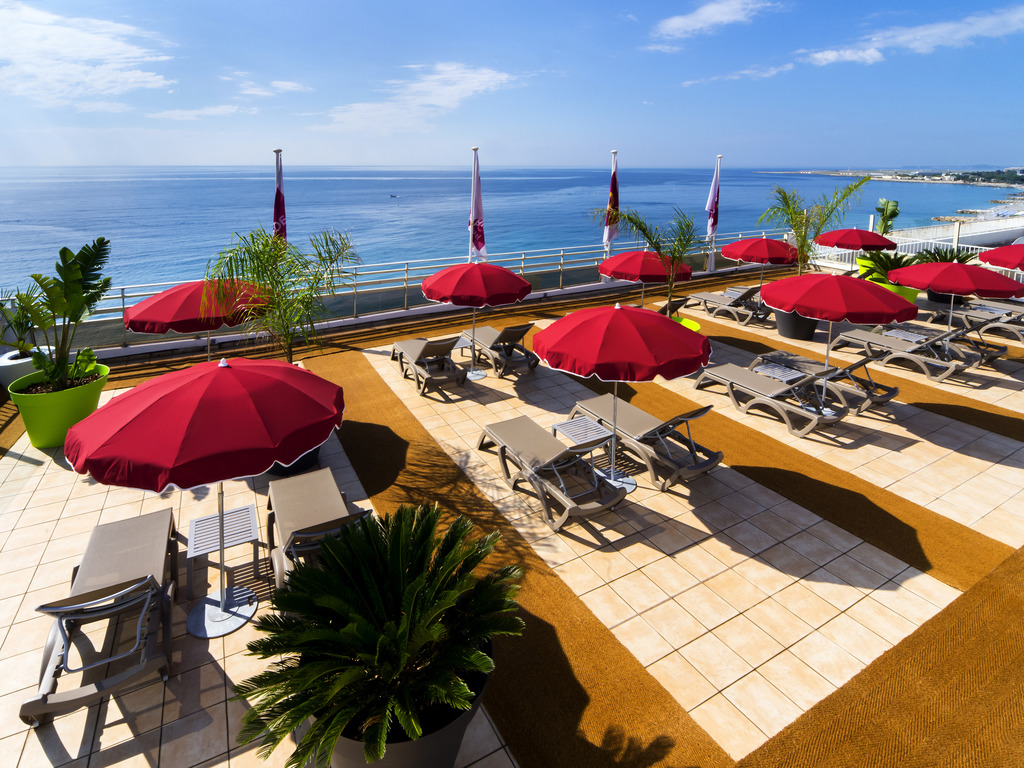 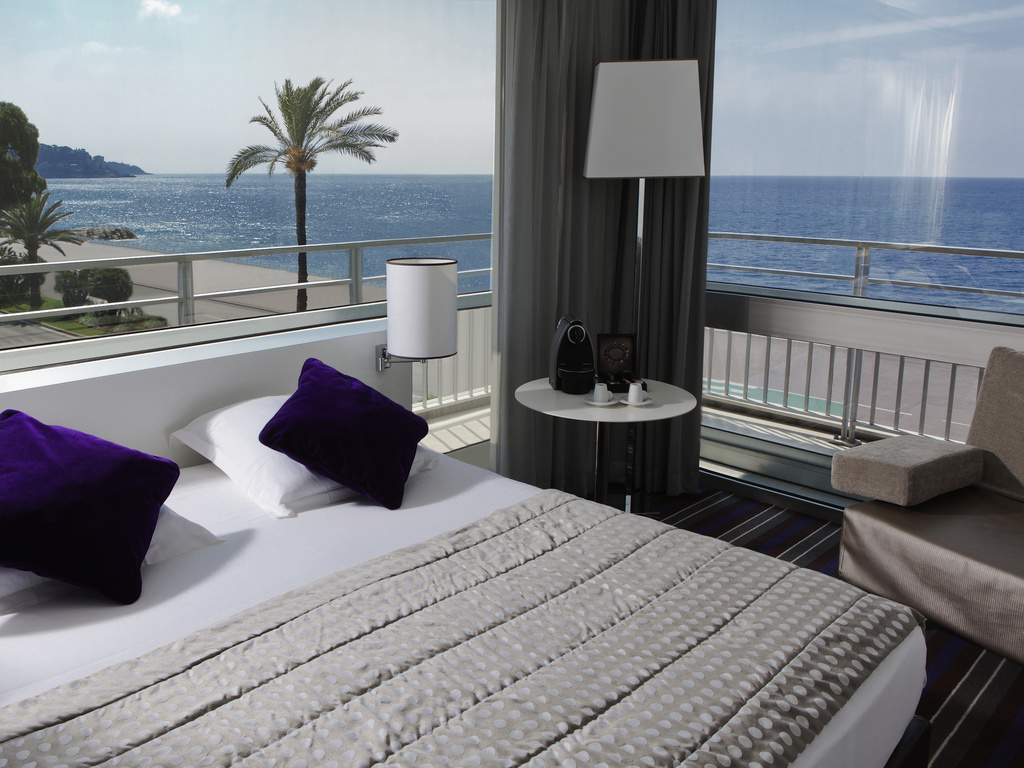 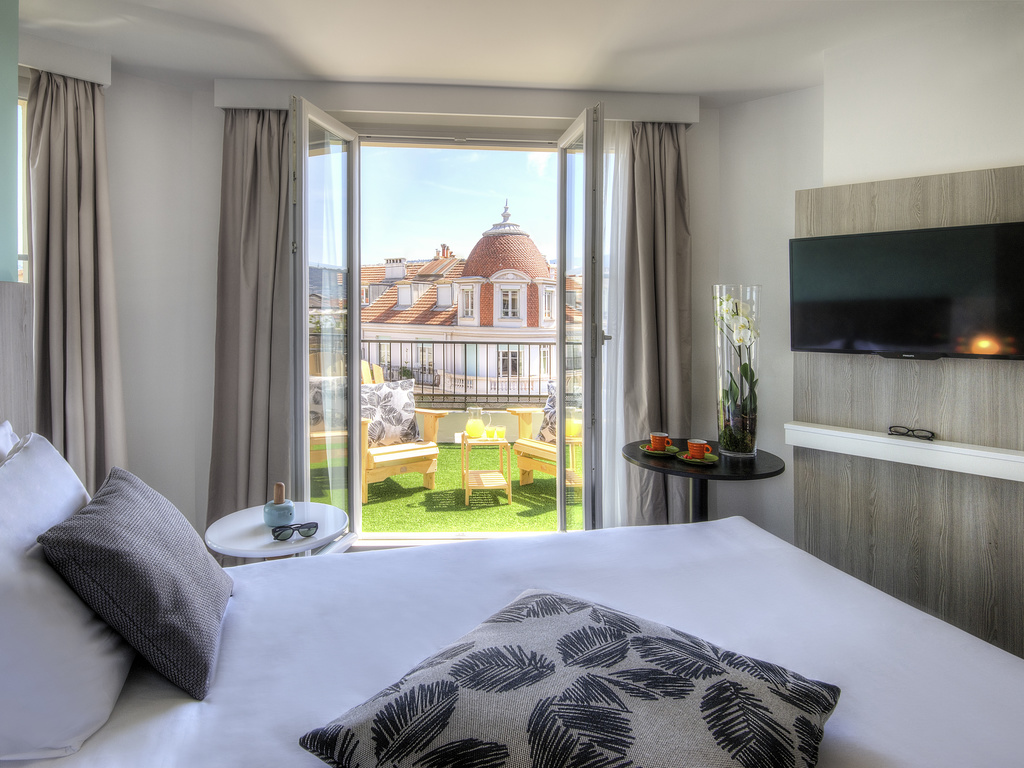