Our hotel is certified ALLSAFE. This ensures that our hygiene and prevention measures meet the highest standards developed and checked by Bureau Veritas.

Welcome! Hélène and the team look forward to having you as a guest in our hotel. Relax and enjoy your stay before visiting the famous Disneyland® Paris theme park!

10 minutes' walk from the hotel is the Val d'Europe shopping center with plenty of boutiques, plus the Sea Life aquarium, and La Vallée Village and its outlet stores. Perfect for an afternoon's shopping!

Our Pasta Café restaurant welcomes you from Monday to Friday for dinner and serves traditional cuisine.

ROOM - with one large bed and one bunk bed. 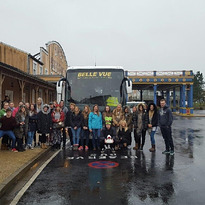 We stayed at this lovely hotel April for 3 nights when visiting the nearby Disney Park. Staff are extremely friendly and helpful. As I am suffering with a recent disability they assisted as much as possible. The rooms are basic but comfy. The beds and arrangements are not to everyone's taste but this is a budget hotel .. the clue is in the name lol Parking on site was around £10 per day very reasonable. The train is a 2 min walk away to disney 1 stop and a couple of euros .. Absolutely fantastic. We will see you again soon

No air con lets it down The hotel is in a great location, literally has the metro on sight. I actually think it is quicker staying here to access Disney than on site! This is very convenient, staff were okay pleasant enough. The rooms are basic I knew this booking it, I liked the bathroom layout, the bed is not that comfy. The biggest frustration is no air con even though it is advertised with air con. The room was very warm and stuffy this is not what you want during the summer. IF there was air con I would stay here again, but sadly not.

Great location but the hotel could be better

I stayed in room 226 from the 17th-21st May 2022. Firstly the hotel location is excellent there is an entry point to the train station less than a minute away (please note that entry point has no lift- not the hotels fault). The Wi-Fi was excellent and I liked the all in one shampoo. There are no air-conditioning controls in the room and was hot during my stay. If I had stayed in the height of summer I don't think I could have coped. The toilet leaked for the entire stay, I reported it to staff but it was not fixed. I was offered the chance to change rooms but declined as I was exhausted after late nights at Disney (11pm fireworks!) and it was not the noise that bother me but the waste of water. The bed was hard and while it was ok as a solo traveller, a group or family of three would struggle with the open plan nature of the room and small toilet cubicle. The door has an intercom entry which would be ok but I was stuck waiting on several occasions as there was no one at the front desk. I also struggled to understand them over the intercom. I have stayed in budget hotels before and would do so again, but I would be unlikely to stay at this one again. As a quick tip I would suggest buying a return ticket to Disney (1.95 euros each way currently) as there are long lines for tickets on you return. This is especially a problem after the fireworks when there are only trains until just after midnight. The trains are fast and frequent.

Do not stay if the weather is warm - the room gets way too hot!

We stayed here for 3 nights for a family trip to Disneyland Paris. The location is excellent. Just yards from a metro stop which takes less than 5 mins to Disneyland. However this was the only real good thing about our stay. We visited in may 2022 when the weather was pretty warm. Upon arriving to our room in the evening it was like a sauna. We spent the first night having barely any sleep due to it being so unbearably hot. The next morning we asked about the Aircon which they advertise as having on their website but was told it was broken in every room (it seemed to be working in the reception area). We asked for a fan. They said that they didn't have one. We asked to move to a room on the other side of the hotel so that we could at least open our window to let some air in (something we couldn't do in the room we were in because of the traffic noise), they said we could not as the hotel was full (it was not, it was still possible to book rooms). We asked if there was anywhere we could go and buy a fan and we were told that there was nowhere. Luckily we ignored them and found a supermarket nearby and had to buy a fan for €20 just to make the room bearable. As we were travelling back to the UK via train we could not take it with us. My advice would be, don't stay here if the weather is warm or you don't like sleeping in a sauna. If you do stay then bring a fan, or accept that you will have to pay to buy one yourself. Aside from the hot room, the bed was hard, the sink was blocked and there was a nasty smell coming from the shower.. On a plus, it was cleaned every day and the breakfast was pretty nice but did run out of some stuff if you didn't get there early.

Great location just outside the train station if you take the right exit. Right next door to the regular Ibis hotel so make sure you go to the right one! Keyless door was no problem for us- we took a picture of the code on our phone for easy reference. Facilities were fine- soap and shower gel in the bathroom, fresh towels and plenty of bedding. The bed was comfortable and the shower was great. We stayed in room 1 which was right by reception, it was a little noisy at times but not a problem for us. Really handy for Disney and Val d'Europe has great facilities too. Friendly and helpful staff, A good stay over all, would return. 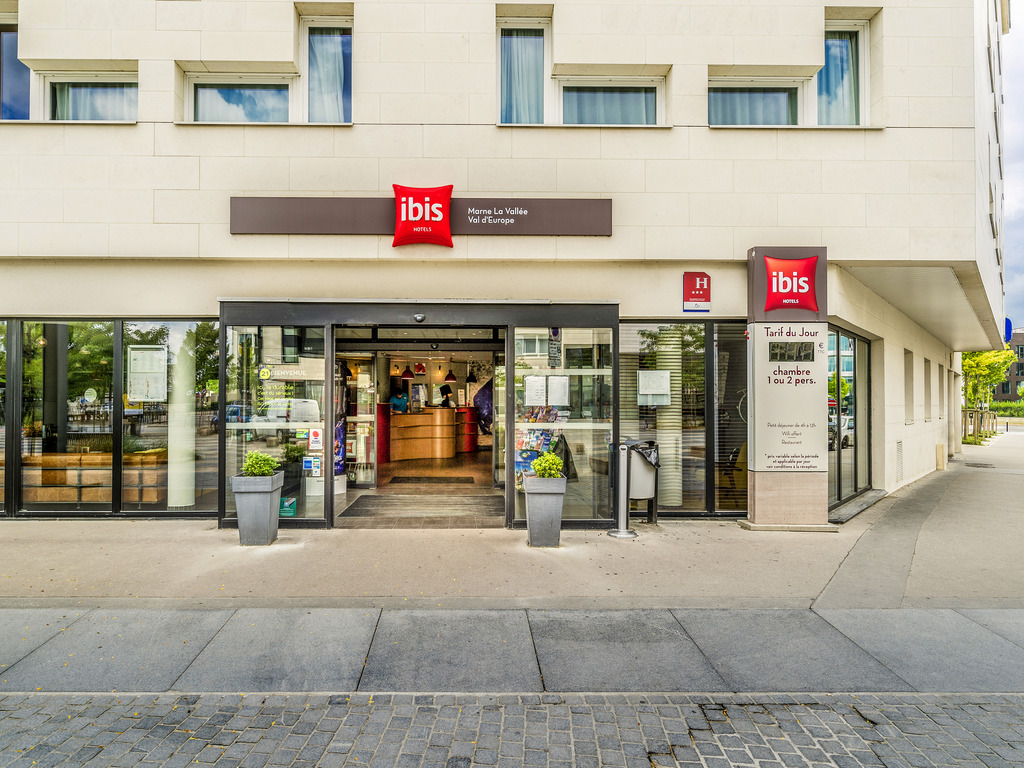 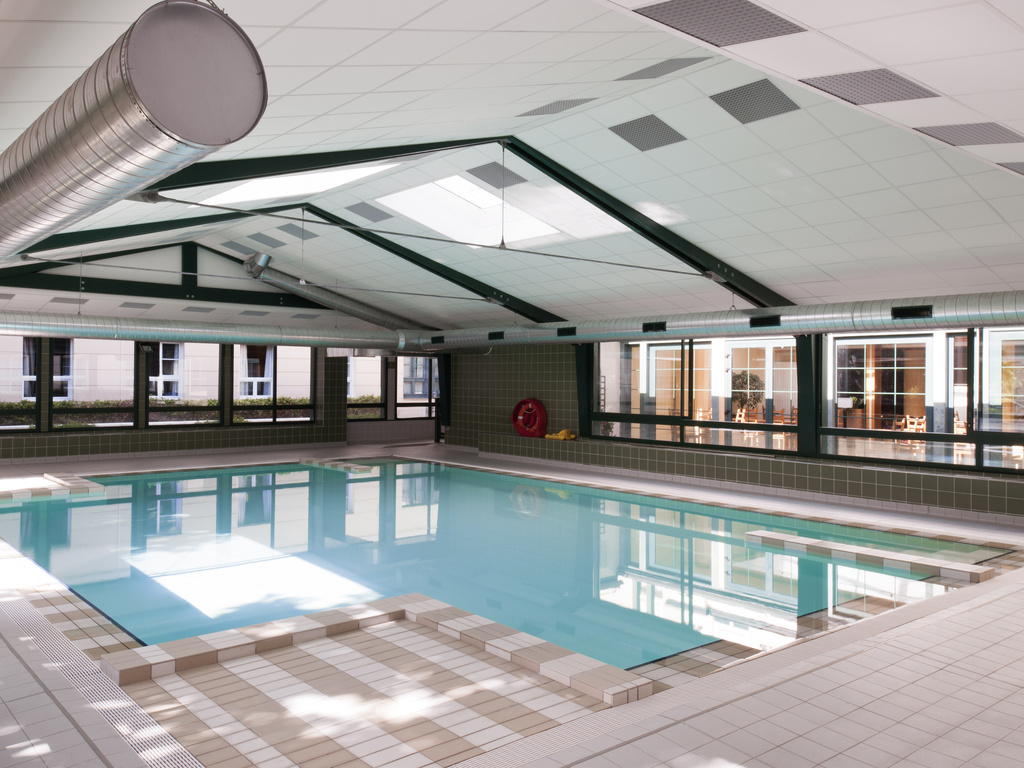 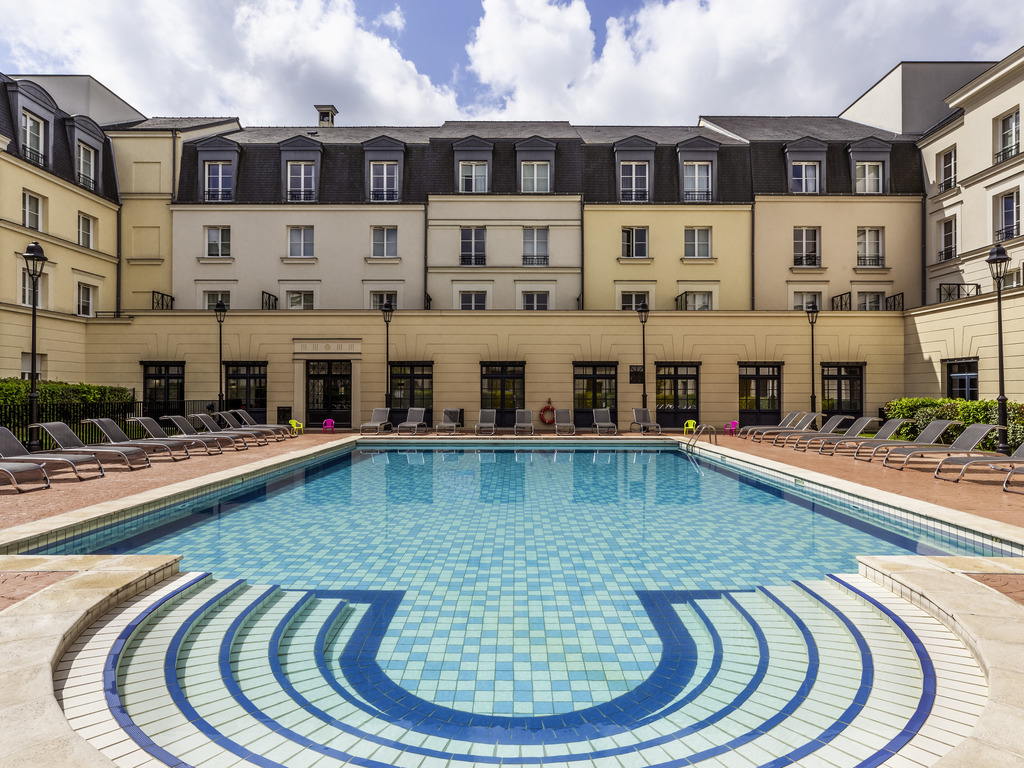 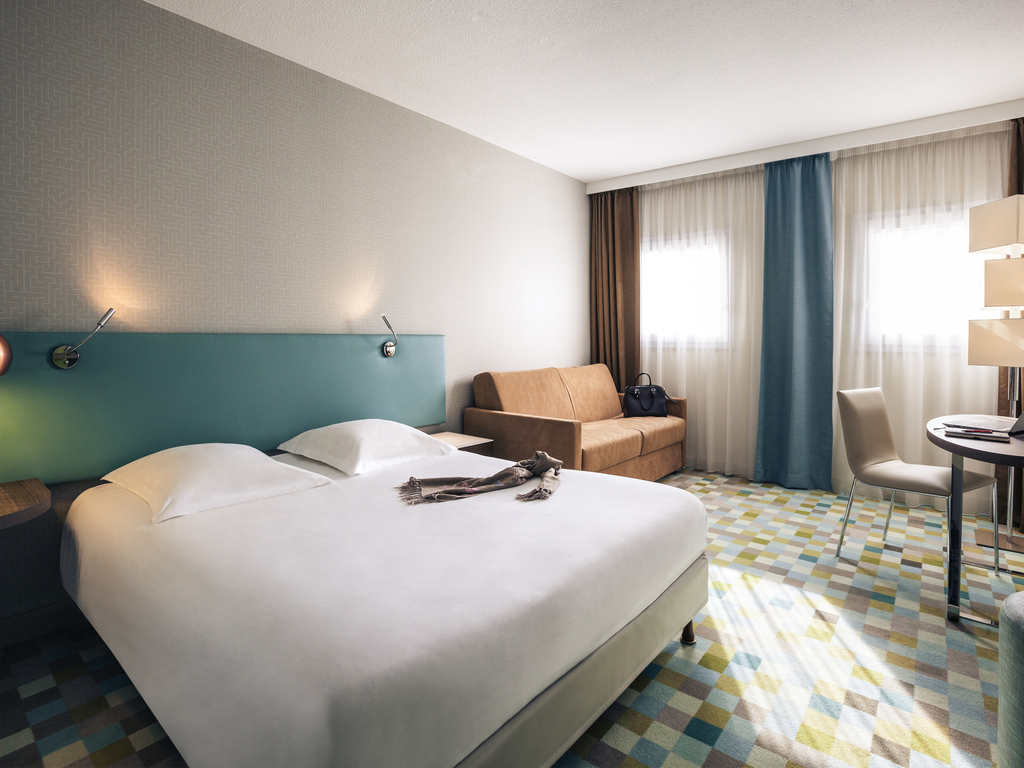