The ibis Strasbourg Aéroport Le Zénith is located in Lingolsheim opposite Parc des Tanneries, 10 min from the airport and Le Zénith. It has 81 rooms with A/C, incl. 50 with separate beds, enclosed outdoor parking. Our newly renovated seminar rooms have plenty of daylight and are on one level. The hotel is 10 min from Strasbourg city centre by car and 25 min by public transport. The L1 bus line is in front of the hotel and tram B is less than 15 min on foot.

You will benefit from private CCTV outdoor parking at a rate of 5 euros per night. Free Wi-Fi, 4 seminar rooms, 1 restaurant open on weekdays and 24-hr snacks. The ibis Strasbourg Aéroport le Zénith hotel is located in Lingolsheim, close to the Octopharma, CESI and Stradim Toshiba companies, among others. Luggage storage and parcel collection option available.

By car, 10 mins from airport and Zénith concert venue, 30 mins from the Haut-Koenigsbourg château. 3.7 miles from the TGV station.

La Compagnie Bistrot: share, laugh, taste and more. Either as a family, alone or with friends, you'll feel at home at La Compagnie. Come taste our gourmet dishes at a very attractive price. We only aim to please and satisfy.

The window is totally broken and it cannot be closed. The room is dirty especially the bathroom. The service told us they think the room is clean and that they won’t change our room. The standard in rooms are not the same. Under bed there are insects.

Dear Sir or Madam, Thank you for your review of our hotel. We are delighted that you enjoyed your stay and hope to welcome you back soon. La réception.

Hello. I've always been satisfied with Ibis. However, this time, the sleeping accommodation was terrible. I did reserve two twin beds (nothing else was available), but I didn't expect that the two beds would be so small, basically children size. In short, I pretty much didn't sleep. Sincerely. Eddy

I highly recommend not to stay here... 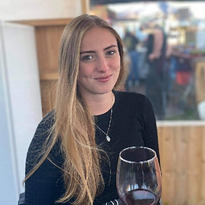 The breakfast was terrible, you only got a choice of croissant, baguette or chocolate roll. There was salami, ham and cheese (1 kind of each). There was no bacon and no decent eggs, you could only cook your own eggs in a kind of water boiler. But unfortunately, this did not work either. There was 1 kind of cornflakes, milk and that was it. Not worth 10.50 euros. Next, none of the staff spoke English. Fortunately, I could speak French fluently but my friends could not communicate with the staff. The rooms were very outdated, unhygienic. There were dirty white spots on the curtains, the beds were dirty, there were dirty green spots on the sheets. In addition, the air conditioning did not work in 2 of the 3 rooms. While it was over 35 degrees during our stay. You could not operate the water properly. It was either ice cold water or boiling hot water. The hot water also ran out very quickly, so that in the end you had to wash yourself with cold water. There were no plug sockets in the places that should normally have one, such as a bedside table. Finally, during check out, they charged too much even though one room had checked out a day earlier. I asked if the bill was correct before I paid, and the receptionist said everything was fine. When I got the bill, it turned out that she had not checked it at all and that we had paid a lot more. I then got back in cash everything that was overpaid. I don't recommend this accommodation, also because it is situated in a sketchy area. All around the hotel there are smashed-up cars, broken tyres,... Untidy neighbourhood. I recommend to stay away from there unfortunately.

We have just finished 4 weeks traveling through France. This hotel was out last night as we flew out to Australia from Strasbourg, We were given a room designed for assisted living, and it was very tired, with 2 of the lights not working, Some of the fixtures needed to be repaired or replaced eg: the handle to the bathroom felt like it would fall off, and the hollow door to the adjoining room, barely stayed closed. Even though we requested a double bed and a single bed we had 3 single beds with 2 pushed together. If we had planned for more than 1 night we would have moved hotels. No coffee or tea making facilities in the room. We had to ask 2 times to have the lights fixed, and one was broken again by the morning. On the upside, the meals were good and fair value for money. We had an evening meal, and a breakfast. 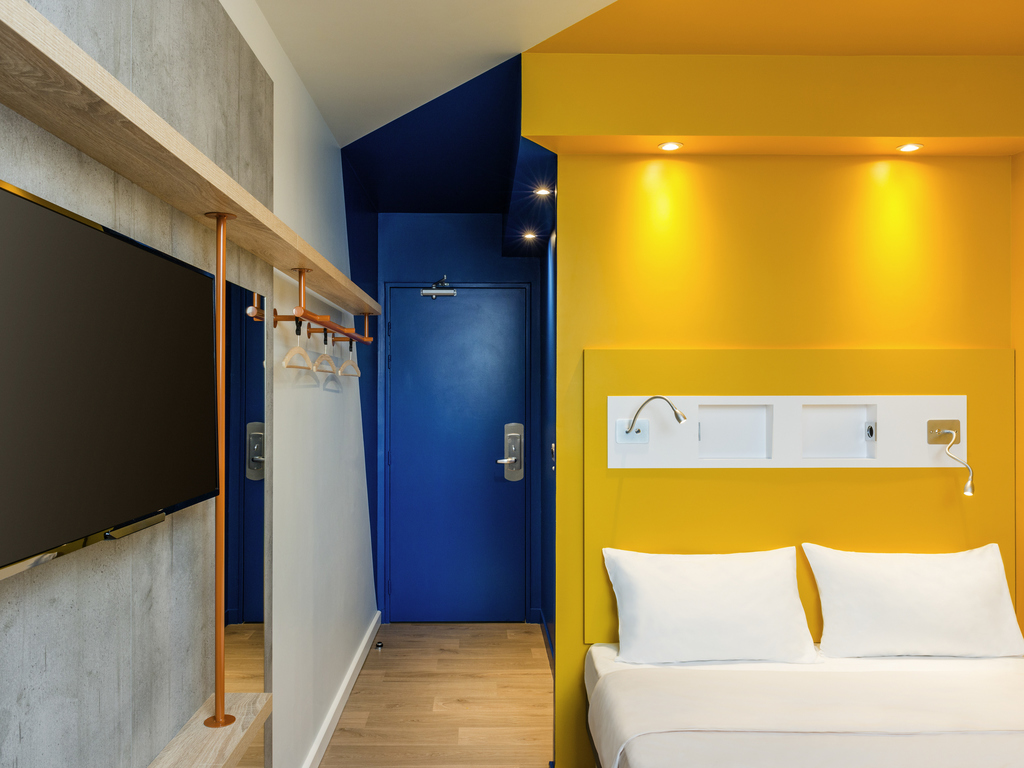 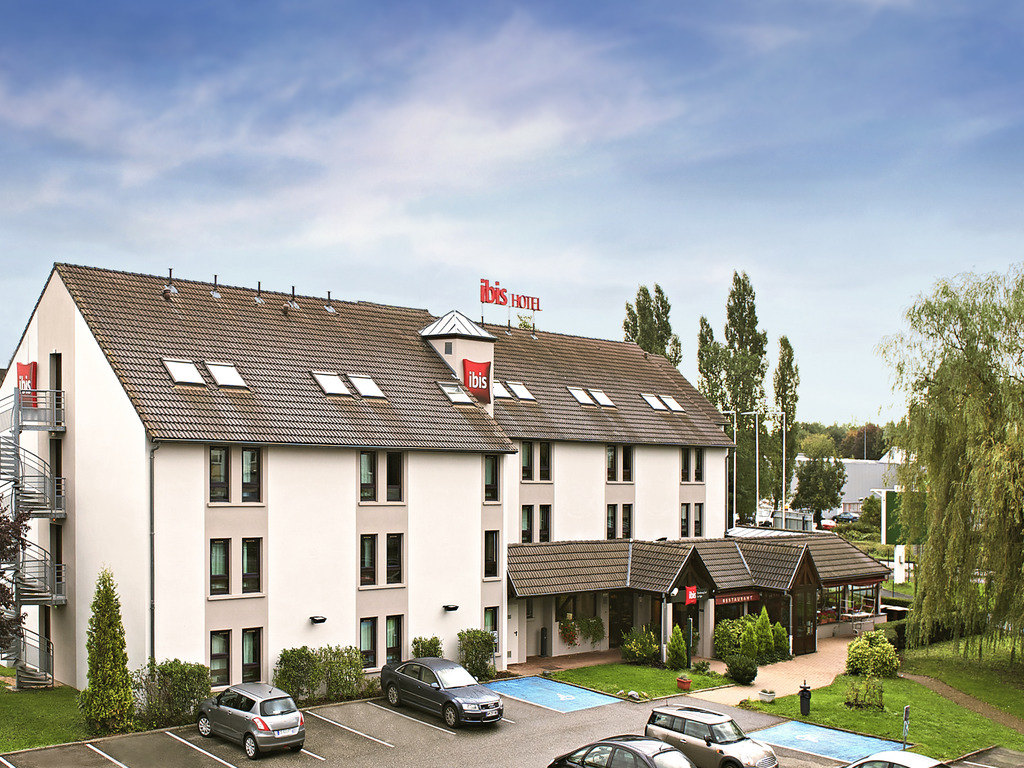