All hotels in BOLOGNA

Our hotel is committed! By booking our hotel, you will have the opportunity to contribute free to the "Good For Kids" project, a collaboration with Mécénat Chirurgie Cardiaque.

Welcome to the Mercure Bologna Centro! An oasis of peace immersed in the greenery of a large private park in the heart of Bologna, the hotel symbolizes two philosophies: the warm Bolognese welcome and the vibrant dynamism of a city in step with the times.

An peaceful oasis in a large private park at the entrance to the old town, opposite the Central Station and 3 km from Bologna Fiere, the Mercure Bologna Centro combines the needs of business travelers and those who want to discover the city. 244 rooms with free WiFi, a meeting area with 5 modular rooms, a lounge bar overlooking the large indoor park. Paid parking in the hotel's garage upon reservation.

From the Mercure Bologna Centro hotel, you can stroll through the arcades and explore Bologna on foot. Have lunch in one of the traditional Emilian bars and enjoy an afternoon of shopping in the city center stores, boutiques and historic markets.

Take the time to enjoy our specially prepared breakfast - you deserve it. You will find a wide range of sweet and savory delights that you can linger over comfortably seated on the terrace overlooking the garden.

244 inviting rooms with air conditioning, minibar, LCD satellite TV and free WIFI. Spread across 7 floors with 4 reserved for non-smokers. Choose the room that suits you: the Standard Room or the Privilege Room with VIP features! Not so cheap and not so cheerful!

Brown water for several minutes as we turn on the hand basin taps and the shower, in both rooms. No TV reception in both rooms. Either room because we had to change rooms due to door lock not working. The technician had to come up after difficulties with the lock and he abused and blamed us for ‘breaking’ the lock. The reception at reception was poor and down right rude. It started with the ‘well it’s noon and checking is 2pm’. I hate that! We know we were early but what happened to ‘sorry no rooms ready but you can certainly leave luggage’. But really? No rooms? The hotel was obviously empty. We have been travelling in Europe for nearly two months and have stayed in assorted hotels and hotel brave. This hotel is the absolute worse we have stayed in. The smallest bath/shower arrangement. Old and very tired. Would never recommend and would never stay again. A complete refund would be nice.

The whole stay was excellent. From check in to collecting luggage after check out, everything was smooth and efficient. Polite competent staff. Would use hotel again if I am back in Bologna.

The appearance of the room and bathroom is not the best ..

The wallpapers are coming down by several places in the room. The wood at the lavatory is soaked, the water pulling-off handle was dirty. I have expected the same 4 stars level, like in the other Mercure Hotels in Germany, Poland or Austria..

Not a bad experience 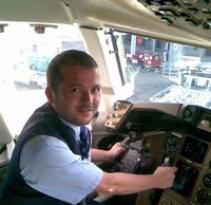 After reading really bad reviews, I was expecting the worst. However, this is not a bad hotel. Staff are polite. Rooms are quite decent. Breakfast has a wide variety of options. My biggest complaint would be the pressure of the hot water in the shower. That really ruined the end of my stay.

The hotel was in a great location but was dated and I expected more from the price. There was mould around the bathroom sealant and there was a strong smell of food being cooked coming into the room which wasn’t pleasant. Breakfast was good with a varied selection.

Well located but so very old

Location in front of train station with only a short walk to the old town is perfect. Super friendly and helpful staff. But the property is oh so old and dated. Room needs a complete remodelling. Lacking amenities. Probably would stay at the newer hotel next door next time.

Made to be welcome

Feeling cautious on the first trip after such a long time. The welcome before arriving and during the whole stay was warm and friendly, safety and hygiene was clearly top priority. It was a good place to be to enjoy Bologna and the region.

Not great. Poor service and limited opening of bar. Went to hotel next door for service

Not good at all.

Very old hotel, bathroom is from the 80s. Way to expensive for this experience.

Good location but the hotel is a touch "tired"

Good location by the train station and all the furniture and the hotel in itself would have been great back in the day but everything is rather old and unloved now. Saying this the room was clean, the bed was nice and comfy and the service very good as well.

Filthy, outdated, in bad need of renovation and new management.

Funghi in the bathroom, disgusting breakfast, paper hanging from the walls, shower working half and air conditioning not at all, walls made from paper,...

Mercure Bologna Central is well located right in front of the train station, with a small walk to the vivious city centre. The staff was very nice. However, the rooms really could use some refurbishment (cracked tiles in the bathroom, outdated furniture, carpet with stains).

Room was really old, dirty carpet, broken wall and floor in bathroom, dirty bath. I don't know how this hotel can have 4 stars.

Good sized rooms. Clean and tidy. Needs maintenance [broken chair].and updating. Travelled home during the corona virus. Early morning on the day of our departure [06.00] our flight was cancelled. Had to re-book with another airline. Pasquale on the front desk went the extra mile to help us. Got home safely. Thank you.

All hotels in BOLOGNA