In front of the sea, the Pullman Viña del Mar is an inspiring, modern place, where you will live incredible days. Start your day with a delicious breakfast by the hotel's pool and enjoy other amenities such as 24-hour concierge services, event spaces, Rooms with Netflix, WIFI access in the common areas, plus a rooftop bar overlooking the beach, which runs all summer long.

There are many things to do in Viña del Mar. Enjoy the season & visit Dunes of Concón, Playa Cochoa and Plaza Bosques de Montemar. Also take time to see beautiful Valparaiso, 17 minutes from the hotel.

A rooftop bar overlooking the beach in the summer? Here you have it! Enjoy the happy hour of the Azotea Joaquin bar with the best Chilean wines and cocktails. Open from 11 a.m. to 11 p.m., summer only. 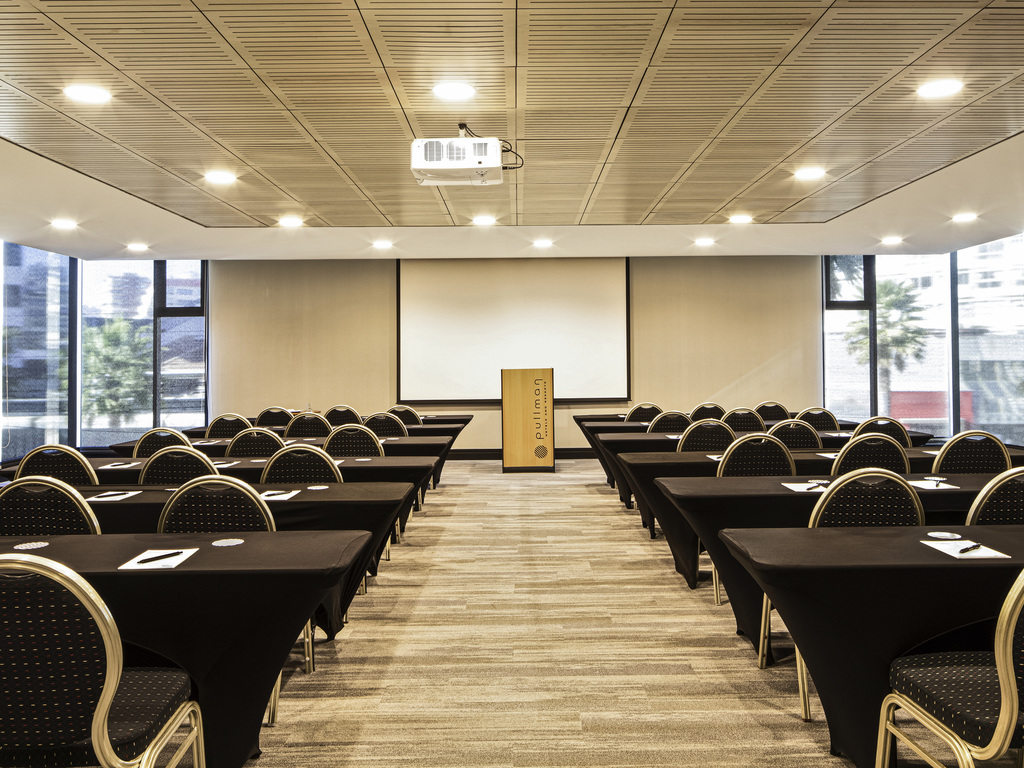 Perfect for small weddings or civil ceremonies in spacious halls overlooking the sea. 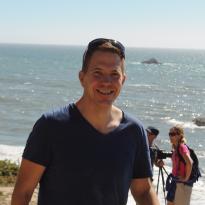 We loved this hotel. We got the suite which overlooked the beach. It was beautiful with a view of the beach from both the living area and bedroom. It had a fabulous shower and bath/hot tub. The location is fabulous right next to the beach and walking distance to many great restaurants. Best to walk on the streets away from the strip to find great restaurants. The restaurants on the strip are not that great. The rooftop is great to bring a bottle of wine and watch the sunset. The staff are very sweet and nice. We are a gay couple and were really welcomed by the staff. I had no issues with check-in or out. Please do not go to the Tex-Mex place on the strip - it is terrible (Margarita). Breakfast is okay. Eggs are watery and not great. Coffee can be improved. I miss Vina - such a great visit.

Paul. Thank you for choosing Pullman San Martín and complet our survey. Such a good newa to know that your stay has been a very good experience. Making you leave satisfied is what we seek for you and each of our guests. We hope to have the opportunity to receive you again soon and that you continue to trust in our quality of service. Receive a cordial greeting from the Pullman San Martín team. Cristian Mera. Deputy manager.

The hotel is good value as such and location is excellent. But the front desk operations is from stone age. Check in or out takes a lot of time, causing queues. It feels like nobody from the hotel management have never benchmarked modern hotels, in Europe for instance. The reservation contains all the info needed to get the person in. The pre-payment and automatic invoice to email box should be available for just leaving the key when leaving the hotel. These are only examples. Many business frequent traveller 'musts' that other hotels have are missing.

Esteemed guest. Thank you for the detail with which you have described your arrival at the hotel. We apologize for the delay you experienced and how this affected your stay. We will work to improve and streamline this process in order to give our guests more time to enjoy our hotel. Thank you very much for your comments. Greetings. Cristian Mera. Deputy Manager.

3 night stay in Vina. Smooth check in. Small double room, modern and in good order. Water very slow to drain from sink, reported twice but no action. Breakfast buffet is adequate. Lunch is average CLP 50 for two including a glass of wine or soft drink. Started 40 mins after the published time. Buffet starters good but main courses were poor and portions small. Concierge wouldn’t help take luggage to the car. In summary OK but service could improve and staff need training.

Richard. Thank you for taking the time to tell us about your experience at the Pullman Vina del Mar San Martín. We are sorry that your experience did not meet your expectations; please allow us to express our sincerest apologies. At Pullman, we strive to provide a superior service experience for every customer; therefore your feedback is very important to us. Please rest assured that we are taking the appropriate measures to address the problem and prevent future occurrence. We appreciate your sharing your concerns, and it is our hope that you will give us the opportunity to better serve you in the near future. Sincerely, Cristián Mera. Deputy Manager.

This hotel is the very definition of over priced mediocrity. The dingdong‘s at Pullman HQ feel that gray gray everything is the best color scheme imaginable. Zero colors. It’s a bit like over boiled meat here if I could use that metaphor. The breakfast is barely up to 2 star Holiday Inn level and always always always the same old cheap food. But on the other hand, I must be happy for some things: I did not get food poisoning The towels are quite Old and thread bear- in my house these would’ve been tossed out two or three years ago. The design in the showers are designed to leak water all over the floor as, again, the same person at HQ who thought that Omnipresent Gray is a fantastic color scheme leapt upon the ingenious idea of showers with no doors causing leaks all over the floor so one has to use them to mop up the flood with the 2 towels given. Also to save money the hand towels are the same as the shower towels so you’re putting your face on something where somebody’s feet was before. And if you wanted to wash your face well they’re too cheap to even have face towels. And to top it off adding insult to injury they charge a lot of money for all the above in these rooms considering what you get and where you are.. Also strict company policy even if you’re staying here for many days is to ration out only one freakin’ water bottle upon check in- after that you’re on your own buddy. It appears as though the only reason that they somehow scammed themselves into a four star rating was putting in a midget rooftop pool. Also do not dare book a room on the city view/roadside because there’s so much street noise and of course they felt they cannot spend on double paned windows just like the ancient towels and small water bottle per room for full stay. OK so if you don’t book a room on the roadside and book on the Oceanside which is okay then they gouge for a quiet room. Well it’s all my own fault - I should have booked an Airbnb and gone out for a decent breakfast elsewhere (which I did several times out of other repugnance for their lackluster gray mediocre breakfasts…).

Dear Guest Thank you for your comments. We send you our apologies if our standards did not meet your expectations. It is important to mention that the points mentioned above will be reviewed with our executive committee. Cordially, Marianela Cartagena P. Front Desk Manager

Some pluses - and ups and downs

Friendly hotel, unfortunately some issues! The staff were very pleasant and helpful, and there were lots of staff around. The room was fine, the air con worked and the room was quiet… except on the first night the phone kept going off like an alarm - at midnight, then again at 1am. When reported the desk manager came up and said ‘Oh, that’s very loud!’ and removed the phone. He had no idea what the issue was. So no room phone. This really should have been followed up the next day as we had no phone in the room, and after the disturbance and being woken twice, did not get much sleep. Cleaning was adequate although we were surprised that the used glasses from the bathroom were not changed. Also after the cleaner had visited the room door was not properly shut. Good job I went up there soon after. Bathroom was a reasonable size and the shower would have been good but it took a very very long time to run warm and was a bit temperamental. The breakfast was ok: lots of fresh fruit, sweet cakes, cereal, yoghurts, cold ham and cheese etc and you can order cooked eggs. However they need to check the food more regularly and replenish as necessary. By 9am there were no teabags. Lunch was lovely on the first day, if rather slow arriving. On the second day we wanted to order some snacks before leaving. No Food before 1pm. Food was ordered for 4 of us. One person’s food arrived after 10 mins or so - then nothing for 30+ mins and only after we asked! When it did eventually arrive the order was WRONG for 2 of us… they were not busy and there was really no excuse for this. We were offered a complimentary drink but this was a real shame at the end of an overall nice stay.

Dear Guest Greetings for you, we appreciate your feedback and the time that you took in let us know every detail for your stay . We are very sorry for the inconveniences that you mentioned above. Certainly, your feedback will be shared with al our staff in order to improve. We hope you visit us again and to have the pleasure to meet you, Kindly and wishing you a great day! Marianela Cartagena P. Front Desk Manager 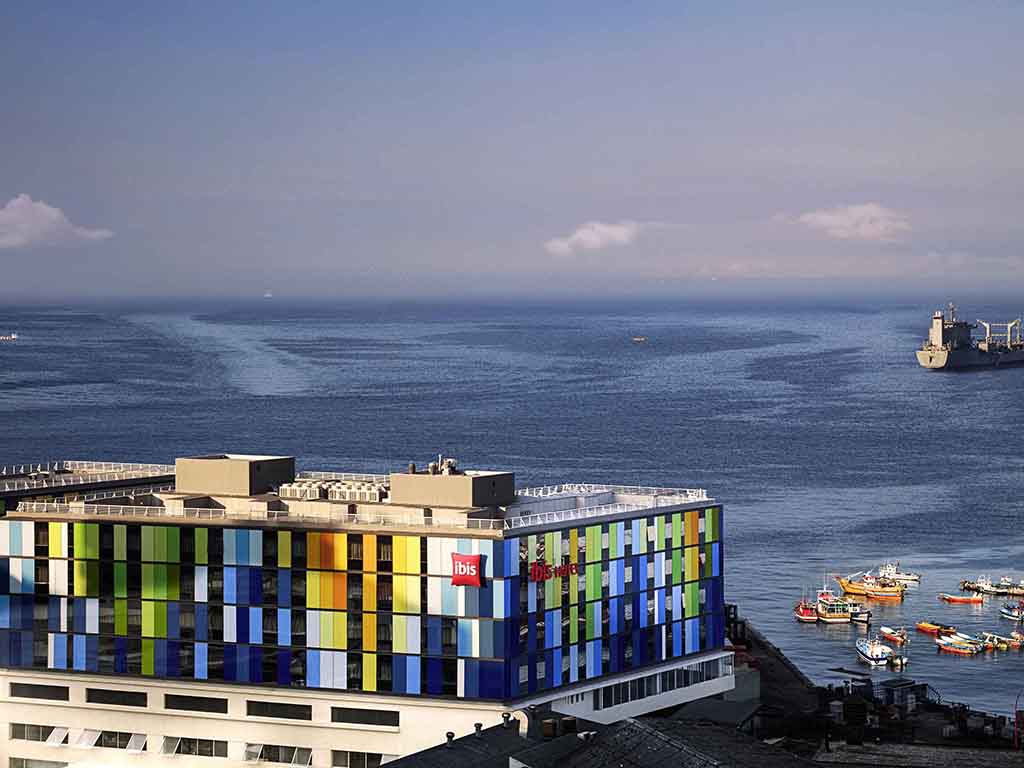