MAINTENANCE NOTICE: Works will be carried out until 31 December 2022. During this time, there will be no access to the outdoor pools and BBQ area, however guests can access our indoor pool. We apologise for any inconvenience.

BreakFree Peninsula offers fully self-contained 1 and 2 Bedroom Apartments perfect for singles, couples and families wanting to experience the ultimate Gold Coast holiday. Enjoy the surrounding views from up high on your private balcony, with most apartments overlooking the ocean. There's a fully equipped kitchen complete with dishwasher, as well as a washing machine and dryer. BreakFree Peninsula has strict no party policy. No group bookings accepted at this property.

There is no mention of major renovations taking place at the location when you book. We arrived after hours at 7:30pm. We had issues using the after hours entry system as we discovered we had to press number 9 repeatedly to get it to actually work. This is after we had had to circle the block to try to find a park because we could not get our car past the boom gates. We had informed booking of the height of our vehicle, the one allocated was too low to allow us to park. The awesome man on security helped us out and found one suitable. On entry to our rooms we discovered that the floors were sticky. There were stains on both the sheets and blanket. There we no lamps in the main bedroom and as the switch was located past the ensuite it made it very difficult to navigate to the bed when the light was turned off. There was a lamp in the second bedroom which has bent prongs preventing it being plugged in. The light switch to the room was in the hall way. The main bathroom was missing the switch to turn on the lights! There was simply a hole where the switch used to be. There was a child's sock behind the door and another in the dryer- They were not a match :( The laundry was area was covered in lint and soap scum. The fry pan in the drawer had egg left on it. The glass doors leading to the balcony was covered in greasy children's hand prints, I am finding it difficult to believe it could have been just the previous family it was so foul. The coffee table was covered in crumbs and lettuce remains on top and beneath it was popcorn of both the corn AND chicken kinds. A child's slinky was sitting just under the bottom of the couch. The following morning we reported these issues to reception - That day while we were out cleaners changed the sheets and cleaned most of the floor, at least it was no longer sticky but the popcorn chicken and popcorn remained under the coffee table, they replaced our bath towels but took away our tea towel and did not replace it. We just used a hand towel from the bathroom instead. While we there the electricians arrived and installed the light switch which then allowed 4 of the 6 downlights of that room to turn on. They also bent the prongs straight on the lamp so it could be plugged in. That was it, there were still no lamps in the main bed room, we placed the sock from the dryer with the one behind the door so the family can collect next year. I considered leaving a note next the the food under the coffee table to warn people not to eat it as it had been there awhile but I did not want to make the place messier. The glass doors were still disgusting, we have moved the slinky to the TV cabinet so the next family can play with it. Oh we cleaned the fry pan for you. We have stayed at Breakfree multiple times before without issues and do not expect perfect but this was the most disgusting place we have ever stayed in. This room was not in a state to be rented out.

Great view and location but a bit rundown

We enjoyed the stay but the apartment condition was a let down. First reception closes at 3pm and we arrived at 4:30pm so had to call for help. Carpark was a mess as they were renovating. Dishwasher was broken, dirty dishes were also left in it. Broken cupboard doors in the kitchen. No Blankets and had to ask reception the next day for more so we spent a cold night shivering under our sheets. Most of the cupboards and wardrobes were old and had hadn't been cleaned for awhile. WiFi wasn't working, there was no bath. If reception was there when we checked in we could have discussed the issues at that time but there was no point the next day. Most of the outdoor area and pool was being renovated and the indoor one had way too much chlorine. We did use the tennis court which was great, the view and location was perfect.

Really happy with our week long stay here in a 2 bedroom deluxe apartment, specifically 19F. Could tell it had been refreshed with a new kitchen and bathrooms and the view was just spectacular. The kitchen was well stocked and plenty of hanging space and draws. A few minor maintenance issues like the toilet roll holder and some of the spare blankets had some stains but overall the stay was comfortable and safe. The pillows are either extremely soft or very hard but the beds are good and the laundry facilities in the room are very helpful and adequate. We didn't need the outdoor pool at this time of year but am interested to come back in the warmer months when the renovation is finished. The indoor pool and spa was great, our son had a ball. I would also note that the carpark is a little difficult to manage... I think they may be doing works down there. The location is unbeatable with the beach, cavil ave, Surf Life Saving club and the light rail all so close. 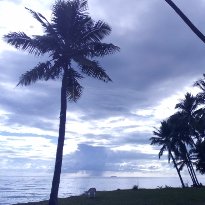 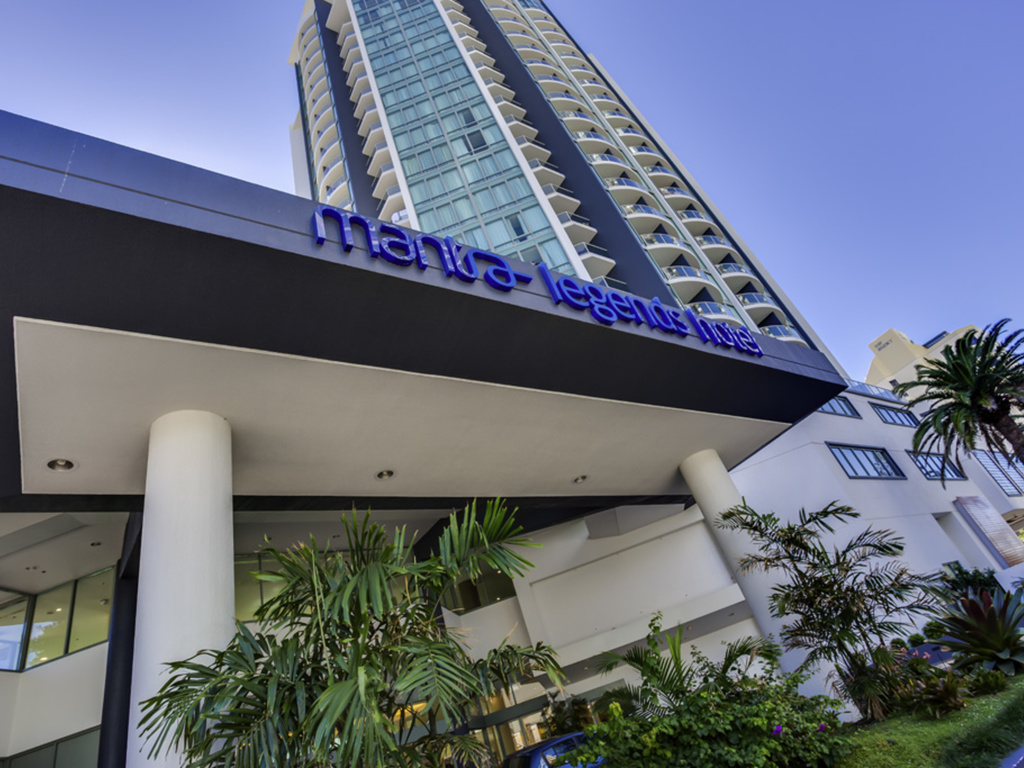 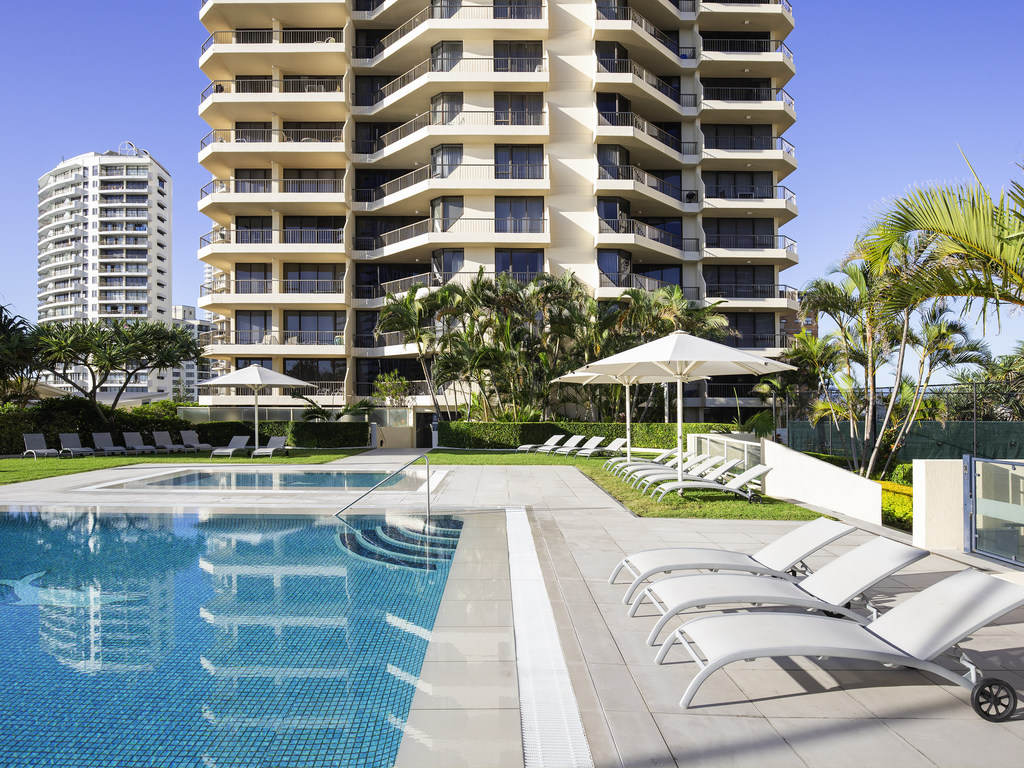 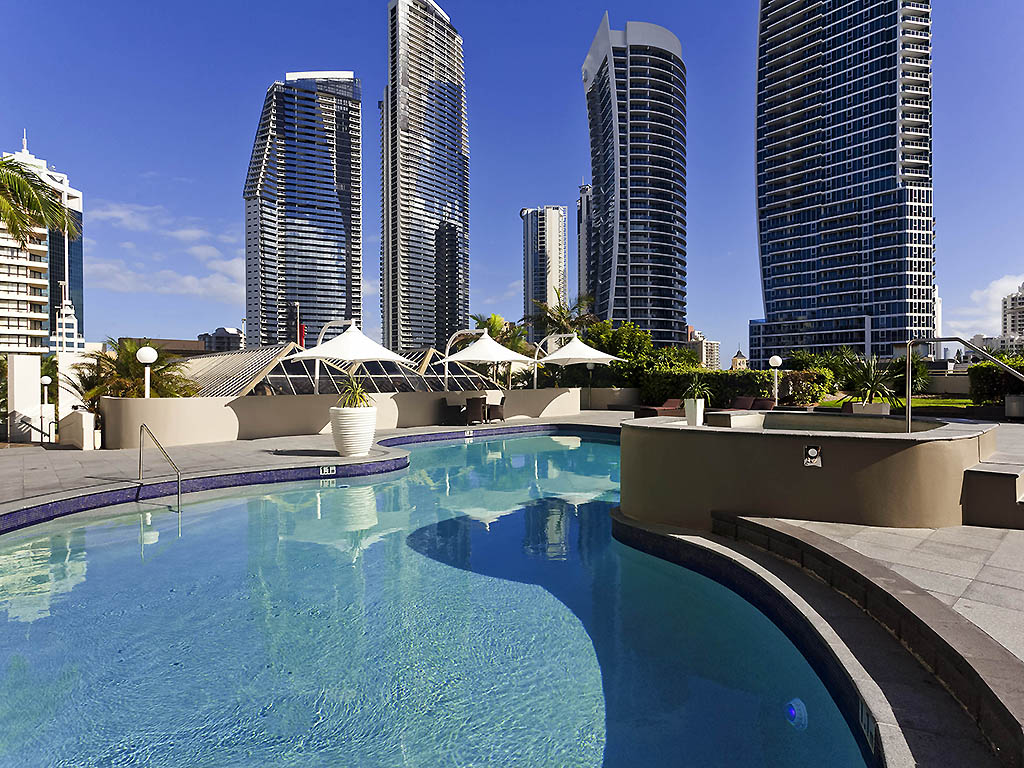