As an SG Clean certified establishment and the first Accor LUXE hotel in AsiaPacific to be accredited with the Brand's global ALLSAFE label, please be assured that we have implemented additional new standards of safety and enhanced operational procedures because your well-being is our top priority.

Occupying a gleaming tower above City Hall MRT station, Fairmont Singapore is a beacon of luxury in the Lion City's Downtown Core. Each of our stylish accommodations offers a private balcony and awe-inspiring skyline views. Distinctive restaurants and bars tempt with cuisines spanning the globe from Japan and Singapore to Italy and British. Restorative treatments at the lavish Willow Stream Spa soothe, relax and energize. A host of elegant, functional spaces are a peerless setting for any event.

A mere 20 minutes' drive from Changi Airport, our 5-star Singapore hotel places you at the crossroads of the city's business and entertainment districts, with Padang, Marina Bay, the Singapore Flyer and the National Museum all at your fingertips.

ESPLANADE THEATRES ON THE BAY

GARDENS BY THE BAY

Prego, the byword for gastronomic excellence in authentic Italian cuisine reopens at Fairmont Singapore. Experience the well-loved tastes of classic Italy amidst the refreshed charm of Prego's interiors and a luscious ensemble of new signatures.

Mikuni offers a culinary tour through exquisite creations from its three stunning Teppanyaki, Sushi and Robatayaki live stations, each helmed by a master chef, that highlight the most premium of seasonal Japanese produce.

Asian Market Cafe presents a glorious Halal-certified buffet line of local favourites and contemporary regional delicacies! Guests can expect to be treated to an array of well-loved Southeast Asian cuisine that pays tribute to the diversity of flavour.

Relish in the perfect combination of gourmet delights, fresh juices and artisanal cocktails in a casual tropical setting. Located on the eighth level of the hotel, the poolside restaurant provides the idyllic backdrop to unwind and relax.

SKAI is a lively contemporary grill, situated on the 70th floor of Swissotel The Stamford. Iconic city views, seamless service and bespoke beverages create the perfect ambiance from which to savor finely crafted menu of sharing dishes.

Anti:dote is a stylish and modern cocktail bar with a progressive selection of concoctions that appeals to the most discerning taste buds. Classic recipes are reinterpreted with contemporary flair and paired perfectly with innovative modern tapas.

Celebrating some of the best cuisines in the world, experience a tapestry of aromas and flavours weaved together by an offering of native and international delights at CLOVE's indulgent buffets that feature a decadent chocolate station on weekends.

Anti:dote is a stylish and modern cocktail bar with a progressive selection of concoctions that appeals to the most discerning taste buds. Classic recipes are reinterpreted with contemporary flair and paired perfectly with innovative modern tapas.

The Stamford Brasserie is an all-in-one dining destination that brings to life the charm and exuberance of a classic French brasserie. The stylish tri-concept outlet comprises a Grab & Go, Bistro Restaurant and Beer Bar.

Explore the versatility and beauty of Rosés through pairing menus set against the captivating backdrop of Singapore's skyline with Rosé in the SKAI at SKAI Bar, perched on the 70th floor of the iconic Swissotel The Stamford.

Willow Stream Spa has created treatments and experiences that reflect the needs of visitors and locals alike reflecting the creative and cultural elements of the city. Here you'll find time to retreat and discover the rest and relaxation you are looking. 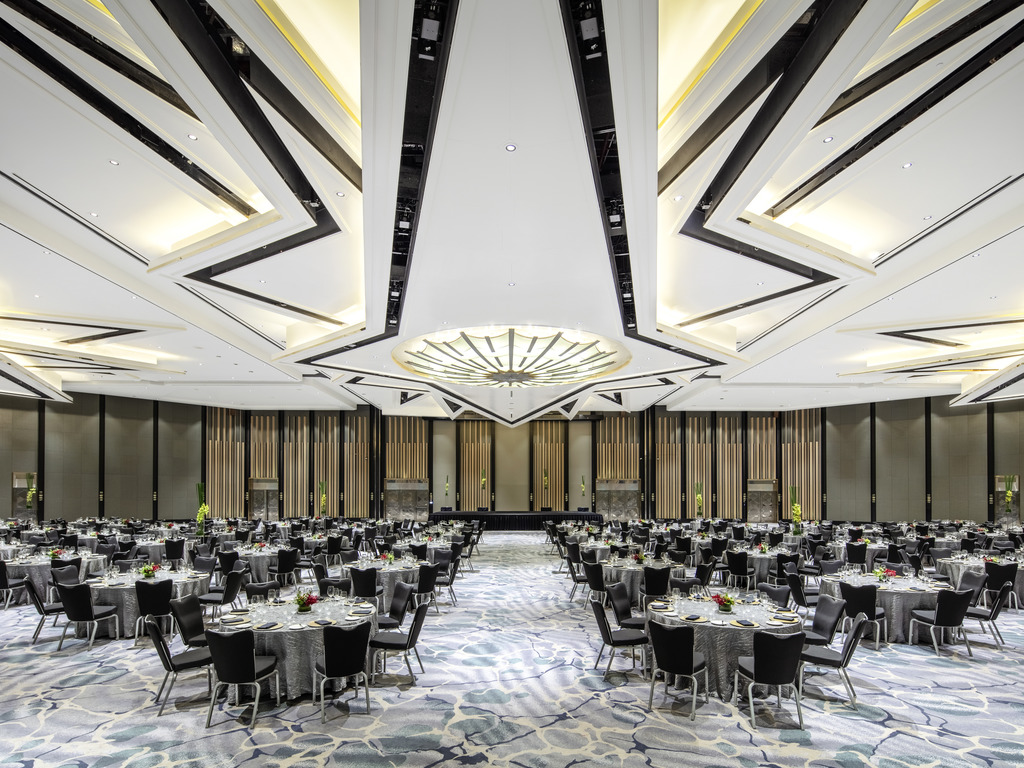 Fairmont Singapore is where "happily-ever-after" begins in grand style. We offer distinctive experiences that ensure wedding day memories will last a lifetime. As every couple is unique, our luxurious wedding packages will be tailored to your desires.

With serene hues complemented by panoramic views of the city from the private balcony, each of our luxurious rooms and suites is a welcoming haven equipped with deluxe amenities and up-to-the minute technology. In addition to complimentary Coffee - Tea Facility and High Speed Internet Access/WiFi at charge - each guest room features a private balcony with breathtaking views.

Such a nice hotel with prime location in Singapore. I love it that this hotel is connected to city hall MRT, which is only like few stations away from Orchard and it's within walking distance to Bugis Junction. The room was also very spacious and has a nice view towards Marina Bay Sands. However, the hotel facility was not too good as it was being renovated during my stay, so I need to go to Fitness First instead. The decor on the hallway is a little bit creepy as well, especially with a body shaped statue being placed in between each room. In addition, the movement detection sensor needs to be fixed or adjusted as well. There is one time I was still inside the room, and suddenly the light was off and the curtain was closed automatically.

After many years of travelling to Singapore, the Fairmont is our go to whenever we travel via Singapore. The hotel is central being very close to 3 MRT lines and walking distance to many attractions. The rooms are spacious and very well appointed. The amenities such as pool and gym are first class. We had breakfast in our most recent stay and it is one of the better buffets that we have had - plenty of variety. Highly recommend.

Overall, it's ok, but the downside was there is no free parking. Understand that the staff mentioned the carparks are shared with the mall. However, I think they should have some sort of arrangement for stayers to have at least lower charges incurred during our stay. Suggest if you are staying, do not drive, as the carpark charges are expensive. The connection to chromecast was also an issue during our stay. The staff came up and tried to troubleshoot. However, they were also unsure of the issue. Tried to connect accordi g to the steps shown but still having difficulty. They wanted to come in again at a later time, but due to time constraints, we gave up. Another downside was that their fridge was full of chargeable beverages, and it's just too hassel to remove 1 by 1. We had our infant baby with us and had no way to keep her food or milk. It was also unfortunate that we had a lower level, so the view was just mere disappointment. The only thing we enjoyed that was was the breakfast spread that was really delicious and the location was great.

Thank you for choosing Fairmont Singapore and for taking the time to share your feedback with us. As our guest stay experience is important to us, we have shared this with the teams for their review and action. We appreciate the time taken to share this with us, as we can only improve with feedback such as this. Once again thank you for choosing Fairmont Singapore. Warm regards, Robert Strasser Hotel Manager

Spent my 21st birthday here, and even though I didn’t mention anything to the concierge, when I arrived back in the hotel room I found waiting on the coffee table a beautiful and delicious chocolate cake, with a candle and matches to light the candle with! Such a lovely surprise and a wonderful way to end a very happy day. Couldn’t recommend Fairmont more highly. The service is excellent, thoughtful, caring, and finessed. Thank you very much.

Thank you for choosing Fairmont Singapore. We are delighted that we made your 21st birthday a little more special and memorable. We are glad that you had a great stay and celebrations. We do look forward to welcoming you back for more special occasions. Warm regards, Robert Strasser Hotel Manager

Best Hotel Stay of the Year!

Best hotel experience we've had all year and we booked it on a whim! Not only were the non-suite rooms super spacious (45sqm) the entire experience was fantastic and memorable. We stayed 2 nights at the King Gold Room and took the two double beds option which was perfect for our family... wished more hotels would do this - and immediately extended another night's stay. Staff from housekeeping to technician (had a brain fart moment with the Nespresso machine) to the pool (thanks for helping us keep the ice cream cold) to the wonderful staff in the Fairmont Gold Lounge - Simon, we'll always remember your kindness to our kids and your wonderful, discrete attentiveness - Shakira, thanks for empathising with my wife on her grandma's recent passing - Refqi and Jamie, thanks for being so quick and helpful and responsive... You folks truly made our stay so much so that I went ahead to find out and sign up for an Accor Plus membership on my own... We can't wait to visit again! Keep up the great work and as Joyce said to you, this hotel must've been run by good, caring managers to have happy, cheerful and friendly staff like all of you! God bless and thank you once again! Benny and Joyce 😊

Thank you for choosing Fairmont Singapore. It is always wonderful to learn that the teams were able to make our guests stay a memorable one. I am delighted that the teams on the Fairmont Gold Floor did just that. I have shared this with the teams as this is a great testament that their efforts in ensuring our guests have a great stay experience has not gone unnoticed. I appreciate the time taken to share this with us and the teams and I look forward to welcoming you and your family back for more staycations. Once again, thank you for taking the time to share this with us. Warm regards, Robert Strasser Hotel Manage 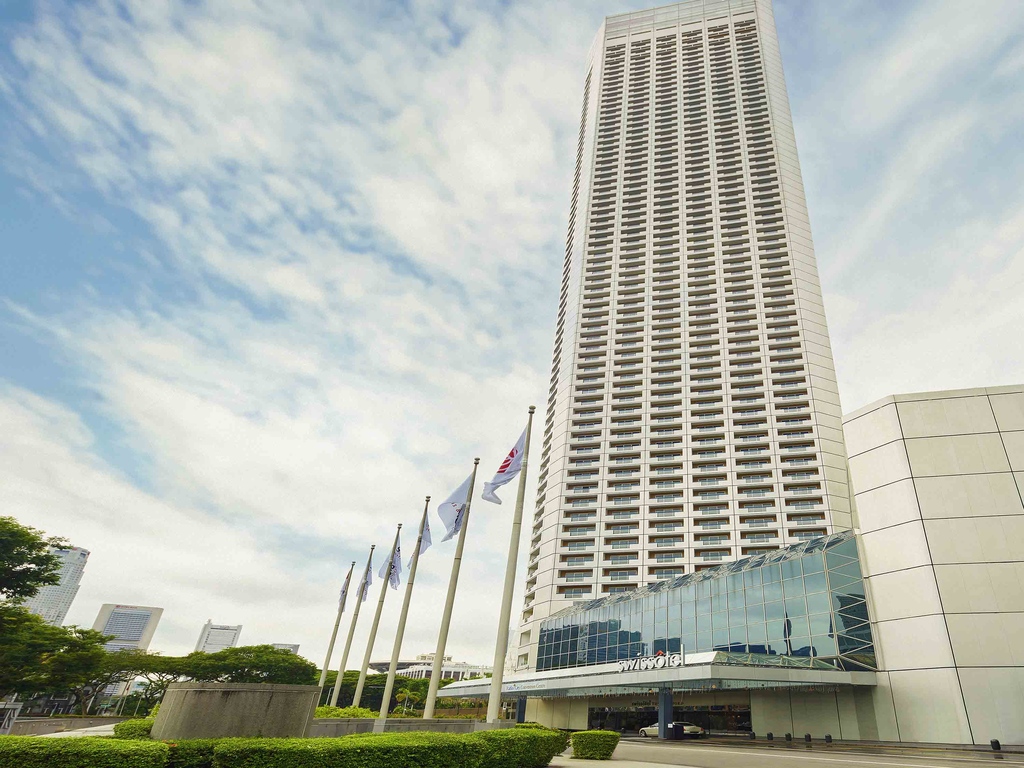 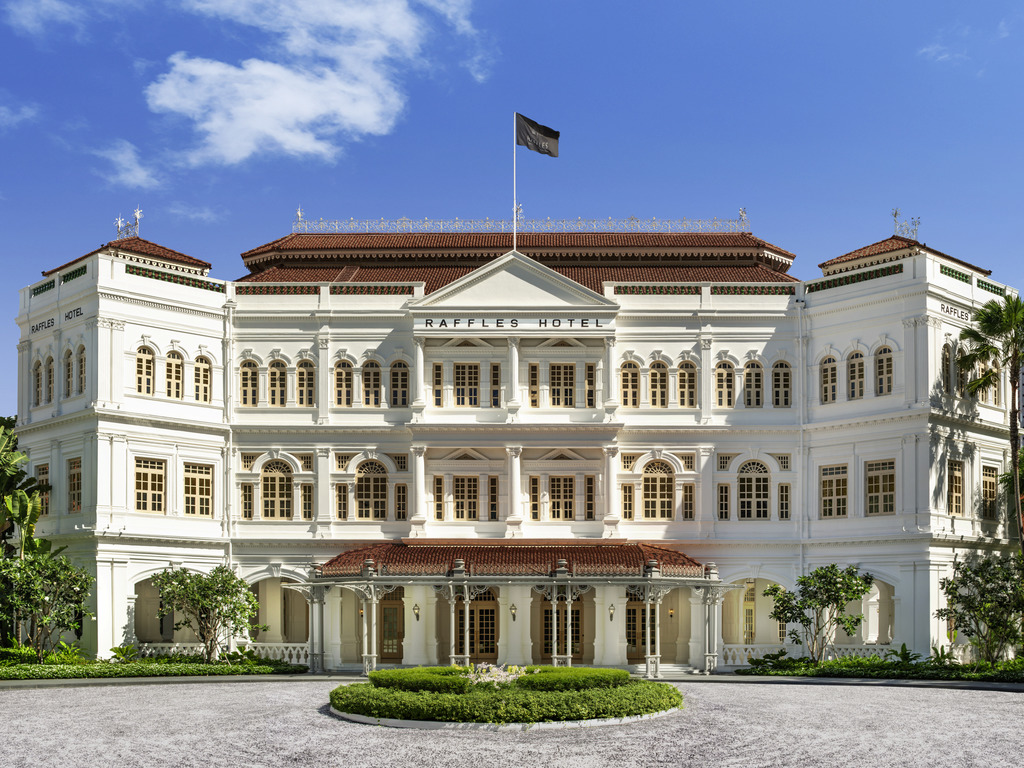 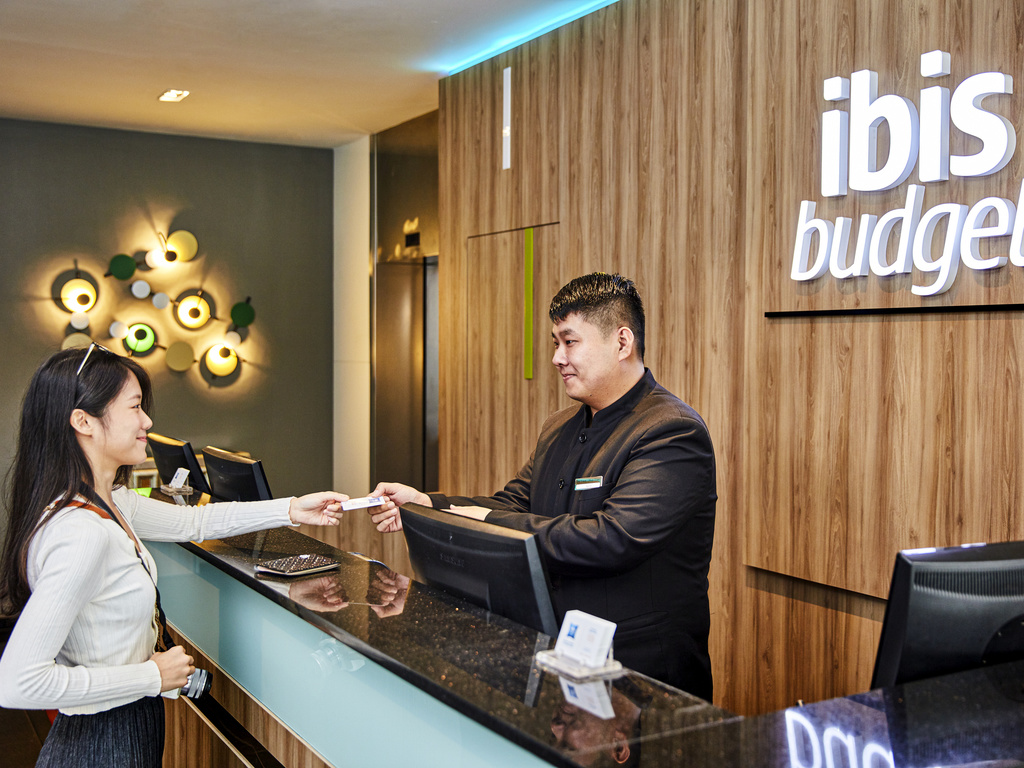 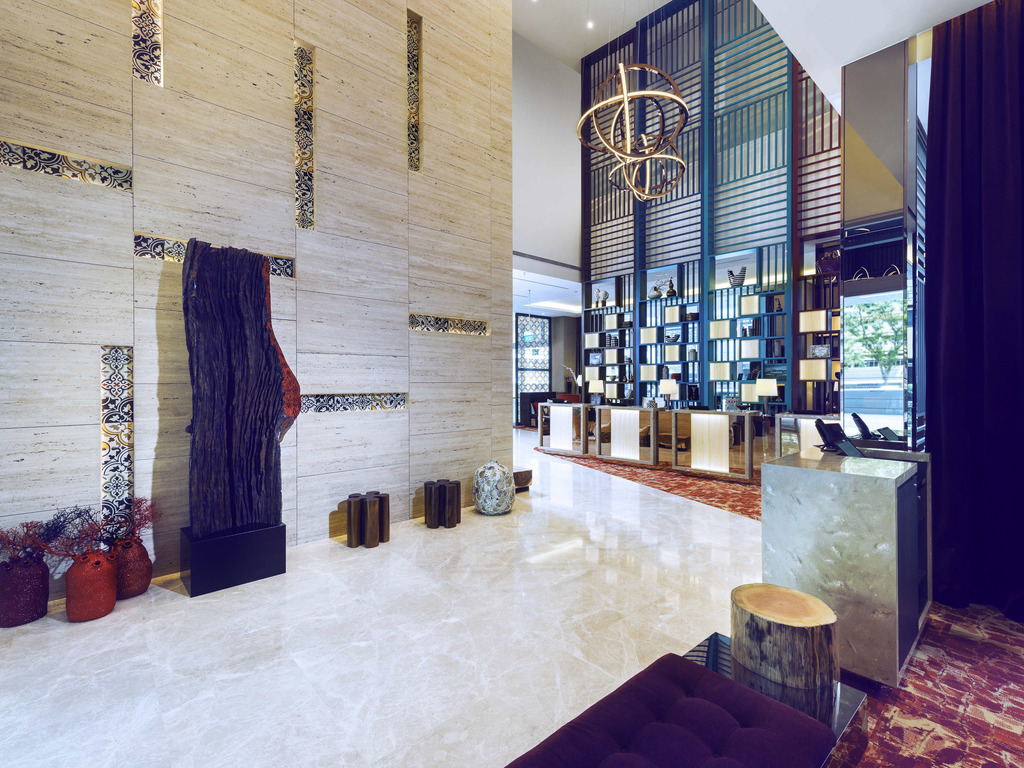