Winter, spring, summer or fall, a stay at Fairmont Heritage Place, Franz Klammer Lodge promises spectacular views of the San Juan Mountains and superlative accommodations. Each vast private residence offers you all the comforts of home with the services and facilities of a luxury hotel. At the base of Telluride's mountain resort, ski slopes, hiking trails and a bike park are your playground for the length of your stay. Unwind back at the hotel with a massage at the Himmel Spa or a dip in the pool.

This luxurious sanctuary is tucked away in the San Juan forest in Mountain Village, just a free gondola ride from the festive town of Telluride. And don't worry about how to get here. We'll provide transportation to and from the regional airports.

Enjoy an apres ski or hike drink in the relaxing Club Room at the Fairmont Heritage Place, Franz Klammer Lodge. Offering a full bar at excellent prices, it is the perfect place to enjoy your favorite beverage.

The Himmel Spa will be your sanctuary of relaxation and rejuvenation while you stay at the Fairmont Heritage Place, Franz Klammer Lodge. Treatments include massage, facials, nail services, Thai massage and Ashiatsu Therapy. 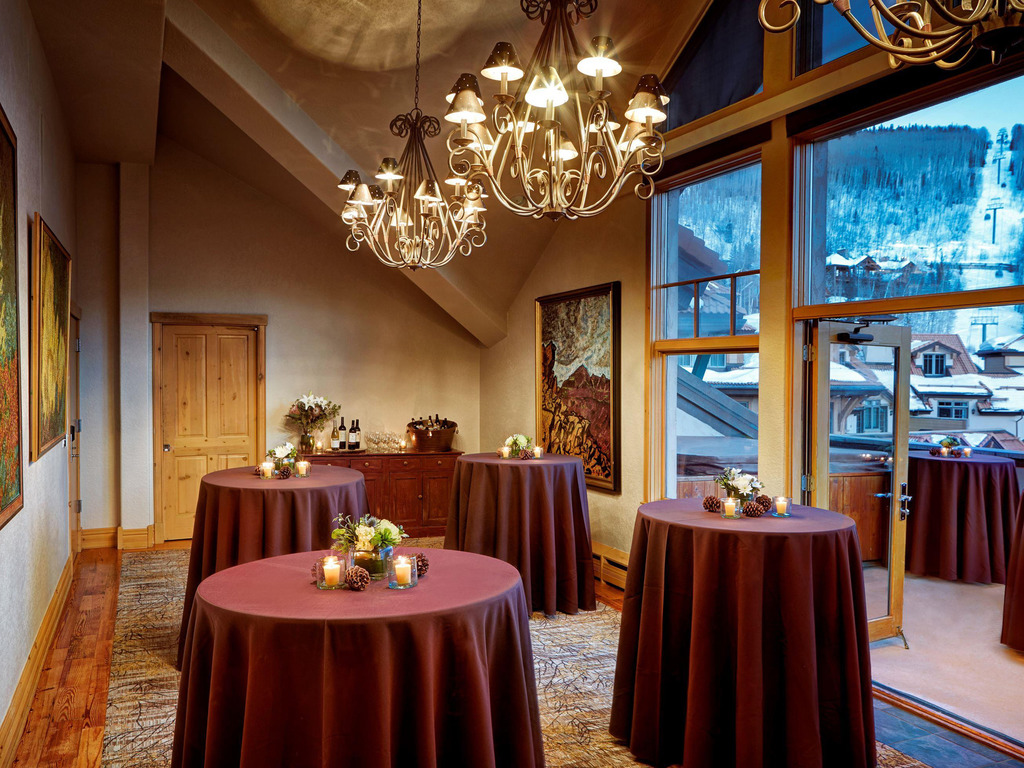 Celebrate your special day in one of the most beautiful places you'll ever see. Elegant accommodations, romantic settings, and magnificent scenery make Telluride weddings and honeymoons a popular option.

The Lodge is nice & the residences are very spacious & the furniture & beds are very comfy. Amazing views! Excellent location in the Mountain Village, shopping & restaurants are close by as are the Gondolas. One Gondola takes you to the Village Market which is well stocked! Liquor Store attached. The other Gondola takes you up to Allreds to eat or to go hiking etc.. & then it continues down the mountain to the Town of Telluride. We’ve stayed there several times & will return. Be sure to enjoy the Himmel Spa! Special thanks to Tony P. for our great massages! Hotel hot tub views are breathtaking; especially when the sun is setting!

Great service, lovely room with top of the line appliances and conveniently located near services.

Loved the location and free tram service to town and shopping. Staff is friendly, professional and knowledgeable about things to do in the area. Accommodations were comfortable, well maintained and roomy. Loved the town of Telluride, it's friendly people and beautiful hikes.

We have stayed at the Franz Klammer for more than 10 years. Outstanding service in all respects.

Throughout the week we had no complaints at all. Everything went very well and we had a great time. Unfortunately, the shuttle ride back to the airport was a big low point. Our shuttle was packed with 10 full grown adults as well as 4 sets of golf clubs on top of the regular luggage everyone was bringing. It was honestly terrible. I could even put on my seatbelt due to how tightly we were packed in there. I can honestly say that it was the most uncomfortable hour and a half ride I can ever recall having in my life. I would never do it again and if that situation was presented to me again, I would find another way to the airport with hopes of being reimbursed at a later date. I understand that technically those vans are big enough to squeeze that many people into, but this isn't a 15 minute ride down the street with a bunch of people you know. It is a full hour and a half ride with mostly strangers who are all VERY uncomfortable. Whether or not you hear about this from others in the van, I'm not sure. I would be very surprised if you didn't though as every person on there was complaining about what a joke it was. Luckily everyone stayed in good spirits as there was nothing we could do in the moment, but nobody was happy about it, I assure you. Had it not been for this, I would have rated the stay a 10/10. This was a big enough deal to move my rating down 20% to an 8/10 though.

Our go to place to stay during the Film Festival - great location, great staff, great facility