Convenient hotel at good price next to metro stop, a bit far from city center. Good room, and fast check in and check out! They gave us the room at 12 pm, unlike other hotels the check in is not before 14:00 or 15:00 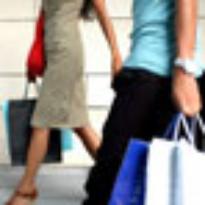 The staff were helpful. The room was clean. The breakfast was good. The high stools in the breakfast area are too high and uncomfortable. The door of the toilet in the room would not close! It was warped and must have been like that for some time. The ringing of the phone at reception could be heard clearly in the room, and at a late hour.

We thought we booked for Valentin Beato, where we stayed last year and it was very nice. This year, the shower was bad and the service poor. We will definitively go back to Valentin Beato next time, never to this hotel again...

small but clean rooms ( I knew it from the begining ). WIFI was very good . Air condition sistem was good . breakfast was ok ( only 4.90 E/ day ) the hotel is in the proximity of Suanzes metro station ( 200 m ) Thank you Ibis Budget Madrid Calle Alcala !

Very economy hotel near metro station. Not wide assortiment at the breakfast (ham, cheese, cornflakes, youghurt and no hot dishes). Good service and cleaning. Quiet but very small rooms. Metro is only 300 metres from the hotel.

Very friendly hotel staff, cozy and clean room, good breakfast. The parking fee is too high and they are not providing any discount for the hotel guest. Fortunately there are a plenty of free spaces on the street.

NOT that convenient to the airport 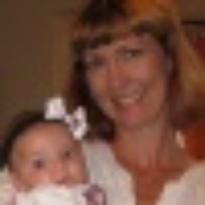 The hotel was fine. Staff and checkin/out good. For the price, the place was clean and cool. However, I booked it based on many reviews and the website itself talking about HOW close and convenient it is to the airport. It is NOT. The website says it's a few km from the airport, and that may be in a direct line (as the crow flies, so to speak). However, if you are going by public transport - as most people booking a budget hotel would be - it is neither that close nor convenient to the airport. I had to take THREE different metro lines to get there, and it took me about an hour. Going back to the airport, I took an Uber - and even that took 25 minutes (with no traffic). So beware of these reviews talking about it being an "airport area" hotel. Yes, it's closer than city central, but super convenient to the airport it is NOT.

We have stayed here many times and found the staff friendly and professional and the cleanliness of the hotel is excellent. Easy metro access to city centre but local area has plenty bars and restaurants and we really enjoy staying in the area. 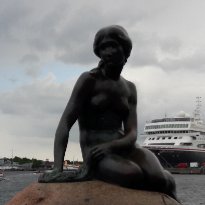 It s for the third time I stayed at Ibis Budget Valentin Beato, each time for the Marathon. the hotel is Spartan, but the rooms are clean. the reception personnel is kind and ready to help. around the location there are some good restaurants and bars and a super market. the metro station is just 200 m away, offering good connection to city center. I had a quite room on a high floor as requested.

Handy for the metro

Nice and clean, very little facilities. But a few local bars and restaurants within a few minutes walk. Metro is a 2 minute walk away and in around 15 minutes you can be in the city centre. Value for money

Used several times,but the last two times had run in with reception about having not already prepaid for room and breakfast Won't be using them anymore,will go a bit more upmarket.. For just getting your head down I suppose OK.

Review of my stay at valentin beato

Excellent stay room was clean perfect cannot expect more for what i paid. Staff were very friendly and helpful very quiet area which is also helpful what i could recommend is hotel rooms have some sort of fridge in them.

Being a very frequent traveler and having stayed in many hotels of all the major networks I can say with no mistake that this was the worst hotel I've ever stayed in. First of all, upon arrival both our rooms were smelling terribly; one (a non-smoking) of cigarette, and the other of uncleaned bathrooms. We asked to change our rooms and the one provided simply did not open, even after changing the batteries and the card. We were relocated to two other rooms on the ground floor but one of them had a broken air conditioning, simply not working. One more change of rooms and we thought everything was finally ok, but not here in this hotel... After some hours the television in one of these rooms simply stopped working. It would take hours for it to come back. We gave up trying to have a decent room ... The day after, during the breakfast, we were in awe when we saw the poor availability. We've stayed in several Ibis Budget hotels and we know that the minimals for an Ibis Breakfast is the availability of one kind of cheese, one kind of ham, one sweet roll, one salty roll, one juice, coffee and milk, with butter and some jam. Well... This hotel did not have even plates, nor cheese, ham, sweet rolls or jam. And all the butter packages were wit some sort of defect that made it extremely hard to open... The breakfast was so sad that we almost did not eat it. Not enough problems? We had problems getting out of the underground garage whose tollgate was not working properly. We were so upset with this hotel that our opinion on the whole Accor network has diminished a lot. 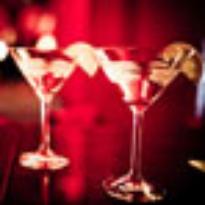 Good convenient location.Staff helpful,room clean-great value for money. Useful if Metro access required as station is about 200 meters away and gives access to all Madrid's attractions. We used it to sleep over after a very long flight into Barajas airport .

Very nice pity about having to pay extra to park. Staff very nice and hotel clean and warm. Will use again Thank you Peter & Sylvia Holiday for My wife and I very nice hotel no problems exept charge for parking

This ibis budget is not in the center of the city, but is a 5min or less walk to a metro station, and is under half an hour metro ride from the center of Madrid, Normal Ibis budget rooms, nice and clean, Your will have to pay for parking as on street parking is very limited, it was 9 euro per day which is a lot less then parking in the city. Idea place if you are driving into Mardid

Nice hotel, friendly staff. Would like to leave one large suitcase when I stay there on 1/5 and pick it up when i return on 1/20. Can this be arranged? willing to pay reasonable storage fee/ looking forward to stayiing again. Colin

Great reception...love the coffee machine...cant fault it for the price...better than some 4 star hotels in Madrid. Didnt like the bunk bed above the main bed..not sure why I had that as I was on my own