The Sofitel Philadelphia hotel blends French elegance with American style, providing a refined environment for upscale business and leisure travel. Experience this sophisticated downtown hotel, which serves as the cornerstone of the new Frenc h Quarter, steps from Rittenhouse Square. Offering the height of contemporary comfort and convenience, this 4-star Philadelphia hotel provides the ideal setting, just minutes from the convention center and historical attractions.

At this Philadelphia downtown hotel, we have transformed conviviality and comfort into an art form. Our City Center hotel restaurants are perfect for relaxing and socializing, offering refined French cuisine with the latest in fusion dishes.

This sophisticated downtown hotel is conveniently situated in the thriving shopping and dining district of Rittenhouse Square. Explore art and culture nearby at impressive exhibits including The Barnes Foundation and the Philadelphia Museum of Art.

Liberté chic urban lounge serving cocktails and contemporary French-inspired food in one of the city's loveliest settings.Gather with friends at the bar, Share an intimate moment in the lounge along the fireplace, or enjoy a meal in the dining area.

Luxuriate in a spectacular wedding venue, including the glimmering grand ballroom hosting up to 300 guests in a banquet style. 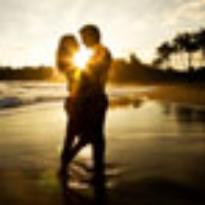 Great stay at Sofitel last week. Room had all the amenities you would want (including umbrella for rainy day). At the last minute we were not pleased with the dinner reservations we had made, and Ivan, the concierge, went above and beyond to help us get a great reservation. His knowledge of the local restaurants and familiarity with their staff helped create for us a memorable evening.

We very much appreciate your comments regarding your stay at the Sofitel Philadelphia at Rittenhouse Square. It is always a pleasure to receive positive feedback. I will share your comments with our team. I am sure that this feedback will serve as an encouragement to all of our staff as we strive to continuously improve the quality of our services. Thank you again for sharing your experience, and we hope your next visit will be as pleasant as the previous one. Sincerely, Angela Bauer General Manager

We got married on a Friday and wanted to extend the wedding weekend so we decided to come to Sofitel to have a night away after the chaos of planning the wedding. We checked in and the man who helped us, Clayton, was awesome. They had a king suite available so he upgraded us to make our stay extra special. The hotel and room is beautiful. We will definitely be coming back here in the future!

We very much appreciate your comments regarding your stay at the Sofitel Philadelphia at Rittenhouse Square. It is always a pleasure to receive positive feedback. I will share your comments with our team. I am sure that this feedback will serve as an encouragement to all of our staff as we strive to continuously improve the quality of our services. Thank you again for sharing your experience, and we hope your next visit will be as pleasant as the previous one. Sincerely, Angela Bauer General Manager

This weekend was a very special weekend to me. The staff were friendly, the room was beautiful, clean and comfortable. I want to recognize front desk staff Leborah. She was kind, friendly and super helpful in booking me back into a room for Sunday (after I had checked out and decided I wanted to stay another night). Please recognize her for the record, she was great!

Perfect environment and hotel culture for a weekend of scheduled meetings.

Everyone from Roslyn McCloud, Valerie Kilgannon, the food and beverage team were professional, welcoming and carried out my expectations of your property.

I hate to leave a very low score, but what happened and how I was treated overshadowed all the positive.

At 9pm on September 12. I arrived at my suite, and the door is ajar. I tried to call the front desk but after over 6 attempts, I went inside and checked everything and thankfully nothing was missing and no one was in the room. When the front desk did finally answer the phone, I told them about the door being opened and security was immediately sent up to my room. The 2 things that I later discovered that were missing were my 2 hair appliances. To keep them out of the way, I put them in the 2 sided bin that was located by the desk which I thought was a magazine holder. Little did I know that it was a trash can (with no liners to indicate that) and security said he would try to retrieve them if they were thrown away. I never heard back from security that evening, but the front desk did call me. He told me well what do you expect if you put trash in the trashcan, why wouldn't it be thrown away. He made me feel stupid and diminished. He also went on to say in the conversation that security reviewed the tapes of when I left in the am (6am on Sept 12) that I did not properly close the door, and it was opened all day because of me. Well I am so careful about locking doors etc., but even if this were true, housekeeping was in my room between 6am and 9pm, so they did not close the door! Also, housekeeping did not remove the trash in the bathroom that was clearly a trash receptacle because it had a liner. Nothing made sense, the person at the front desk was not helpful, and said a manager was not on duty so there was nothing he could do. He gave me a name of a manager that would be there at 7am on Tuesday, September 12 and he would call me. I waited until after 8am to give him a call, only to discover that he was not in that day, and the front desk person, John informed me that security will get back to me. After several calls, and finally a call with John and Len from security who finally made sense and apologized. To rectify the situation Len asked me how much did my hair appliances cost for replacement. I gave him $125.00 amount, and he said a check would be issued and sent to my home. I am sure these things take time, but it has been 2 weeks and I have not received anything. I stayed at the hotel so I could be close to the office and arrive early for our 2-day conference. On Tuesday, I didn't arrive until after 9:30 because I had to wait to rectify this situation with security. I am grateful to Len Pinto for his customer service skills in assisting to smooth things over. But honestly, with all the crime in the city today, the fear I felt when I arrived to discover my door ajar and not being able to get the front desk and when I finally did I was treated like I did something wrong, is entirely unacceptable.