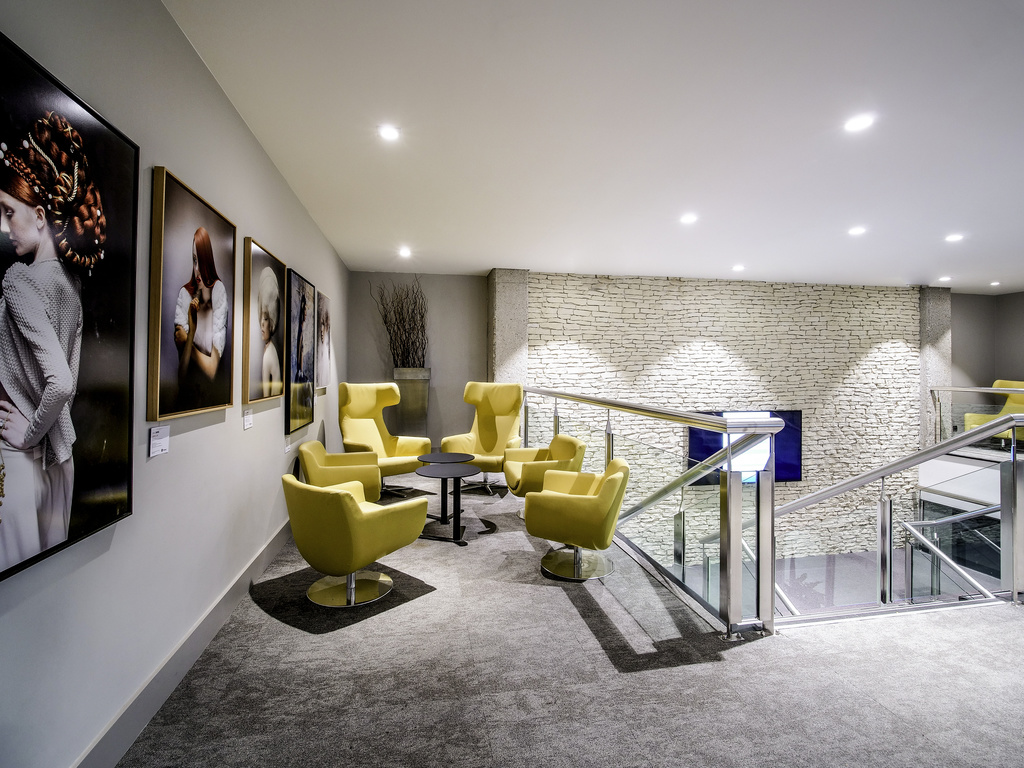 Lovely staff but we were bitten by bed bugs. 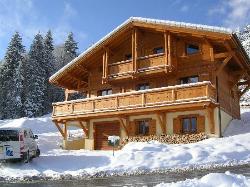 We arrived at the hotel after a 12 hour drive from Spain and had a great welcome from the staff. The hotel was bright and welcoming and the reception staff were helpful and friendly. The car park was secure and next to the hotel and it had green verges all round so that was perfect for walking our dog. The room was large and bright and had a good view of the lake. The evening meal was tasty (half board) and there were 2 choices for starter, main and dessert. The breakfast was fresh and plentiful. The negatives were that one if the lifts didn’t work for floor 3, the window to the room opened completely which would be dangerous if children could open it to get out. The double glazing wasn’t very effective as the noise from the trams snd road could be heard at night. The toilet design meant that we banged our elbows on the boxing in the corner each time we reached for the toilet paper! I went to plug my straighteners into the hair drying device on the wall snd the casing came away, revealing all the cables snd interior workings. There was no docket for the straighteners near a mirror. There were dirty trays in the hallway for the first couple of hours of the evening which looked like breakfast trays and our dog kept trying to eat from them each time we went past. Last but by no means least, we think there were bed bugs in our room (340) as the following day we both had bites over our bodies. We were itchy in bed and the bites have now all emerged. Someone was smoking in their room at 6:30 am so the fire alarms went off too - not a great start to the day. The staff here are wonderful but I would say to avoid the hotel until they have dealt with their bed bugs.

My wife and I stayed at this hotel in a lake view suite for one night on 27 October 2022. After going to bed at around 11pm, both my wife and I came up with bites. After another hour, we called down to reception and shortly after 1215am the on duty manager and a translator came to our room. They took pictures of an insect in the bedroom and then promptly offered us another room. Because of the hour, we accepted another room which we subsequently found out overlooked the dustbins and were awoken a few hours later with the noise of the bin lorries. To be clear I had arrived at the hotel after a 7 hour drive and had a further 6 hour drive the following day. We then came down to breakfast that we had prebooked at 9am to find almost nothing left. No scrabbled eggs and almost no plates or cerial bowls. When I asked about having some eggs, I was told that they had run out and what was out was all they had available. When I went to reception to check out, I was told that the hotel was prepared to offer us a discount on the room. That discount however did not reflect the seriousness of the incident, nor the drop in grade of the room or the lack of breakfast options. And by the way, I am a premium Accor member! I told them that they had no permission to charge my Amex without agreeing to a figure and I was told that was fine as someone would call me later in the day to resolve. That call never happened so I raised a complaint via Booking.com who made the booking on my behalf. To date the hotel has not responded to their calls or emails either. They have however kept me in the loop. This morning, whilst checking my Amex statement, I see the hotel has charged my credit card. It does reflect a discount but not an acceptable one and to date I have still not heard frpm the hotel ir received a statement of account either. So I write this review to warn other possible guests of the issues in this hotel. Stay here if you have to. Wear clothes in bed in case you experience the same issues as I have. If you have a problem with the hotel, don't expect them to resolve it. In my experience this stay has been a disaster.

Tired hotel, staff appeared downtrodden. Room well below standard, facilities poor & cleanliness unacceptable. No way is it 4 star. Room had an empty plastic bottle in the bathroom unit, presumably left by the previous guest, for the 3 days stay. The sink was cracked, paint peeling from the windowsill, no bedside table on 1 side & the bed was made up with a blanked stuffed in a quilt cover (& I'm an Accor Platinum card holder). The gym is an absolute joke & the pool needs a complete refit. Breakfast lacks imagination & is understaffed. On 1 day the 'hot' breakfast (bacon) was cold & the grounds are tatty. Only positive note is that it is convenient for the tram. Best avoided as there are far nicer options in Bordeaux

My wife and I had a four night stay in the Pullman Bordeaux Lac, 27-31 August 2022. We had initial trouble checking in, as our confirmed booking could not be found, but Receptionist "Benedicte" and the Manager (who's name I didn't get, but you can't miss his Hercule Poirot Moustache) were superb and could not have been more helpful sorting out our stay. We had booked a lake view room, with a lovely view and all the receptionist, bar and restaurant staff were very friendly and took care of us well. For a business hotel, it had a friendly atmosphere. It was a very hot few days and although we planned our stay around Bordeaux City, we couldn't help taking a few hours out at the lovely pool. The outside bar area in the evening was a treat (although make sure to take your insect spray) and at only a 20 minute tram ride to Central Bordeaux, we found it an excellent choice for our first time visit to Bordeaux. Thanks again Benedicte!

Nice hotel but wifi does not work

Accor Guest WiFi does not work. After various calls I was unhelpfully told that was because it does not support VPN. Since most corporate laptops will be using VPNs, that effectively means that there is no WiFi for business guests. Which is a drawback for a hotel brand aimed at the business traveller, located in a business district! Everything else fine. 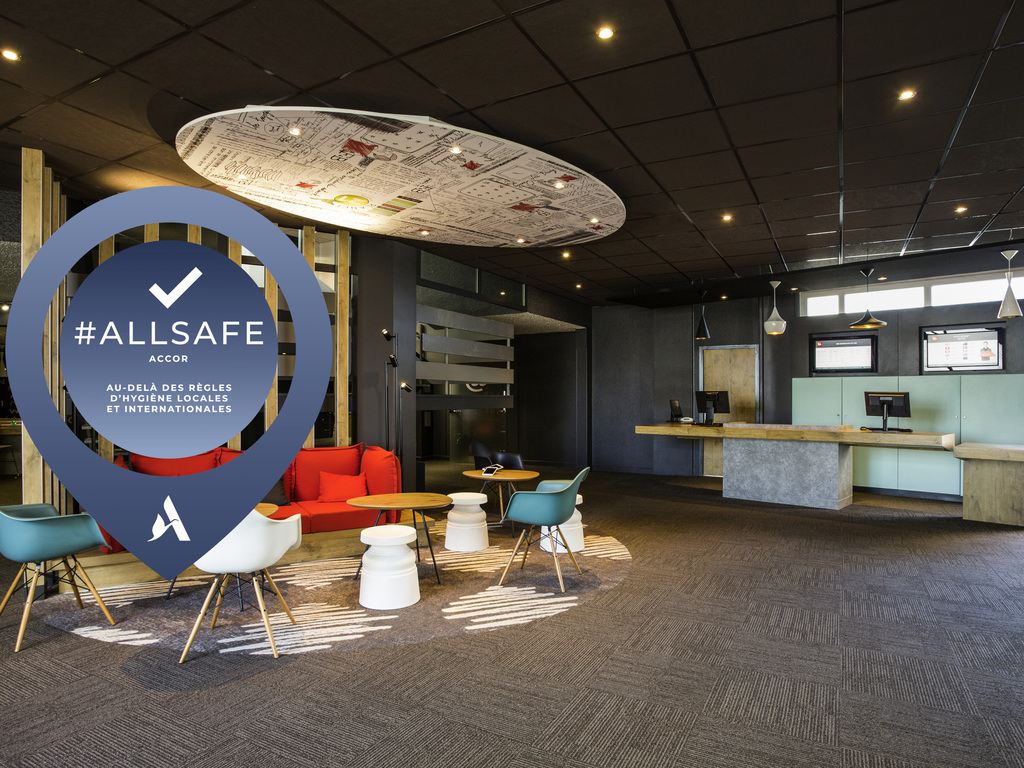 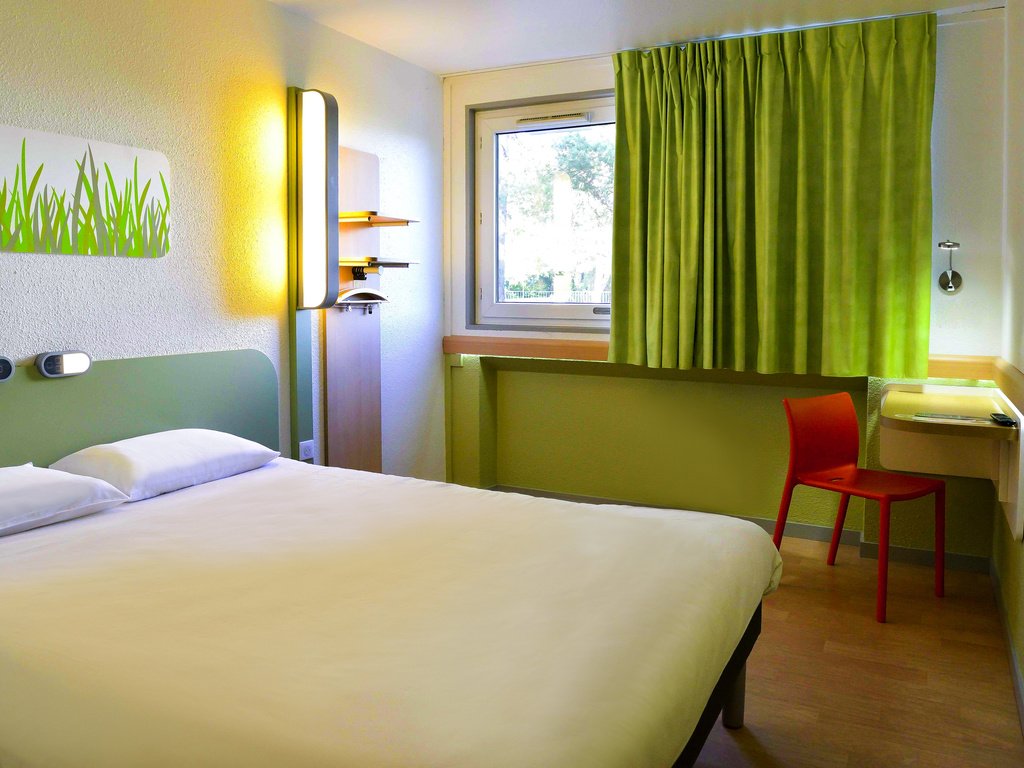 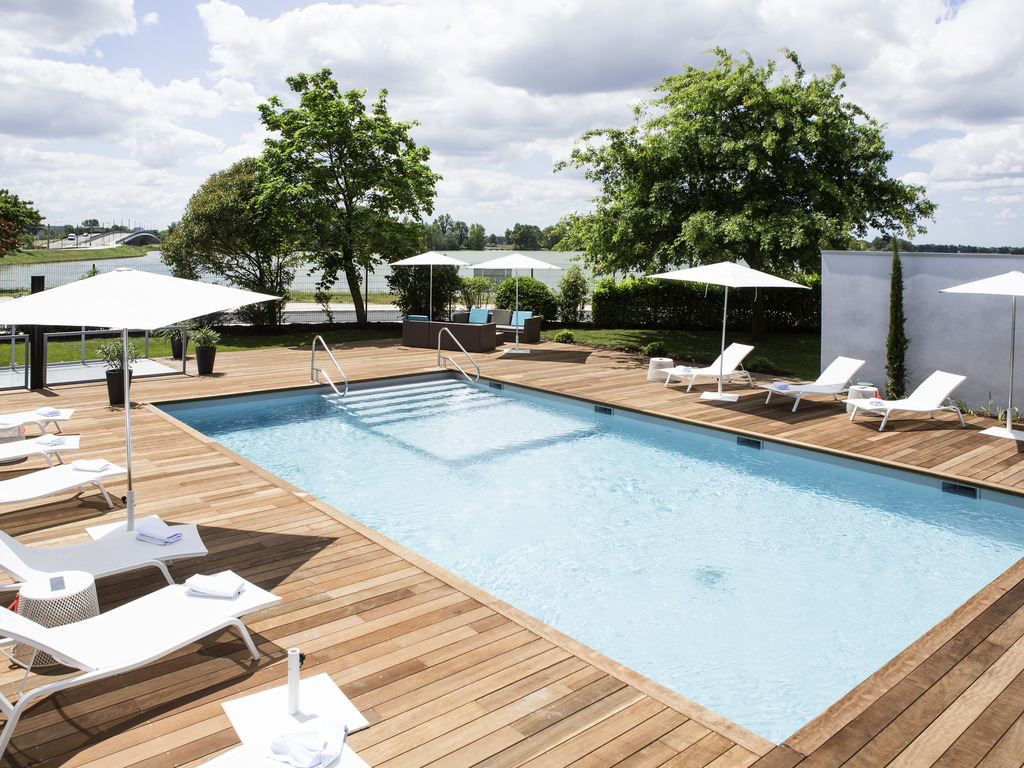 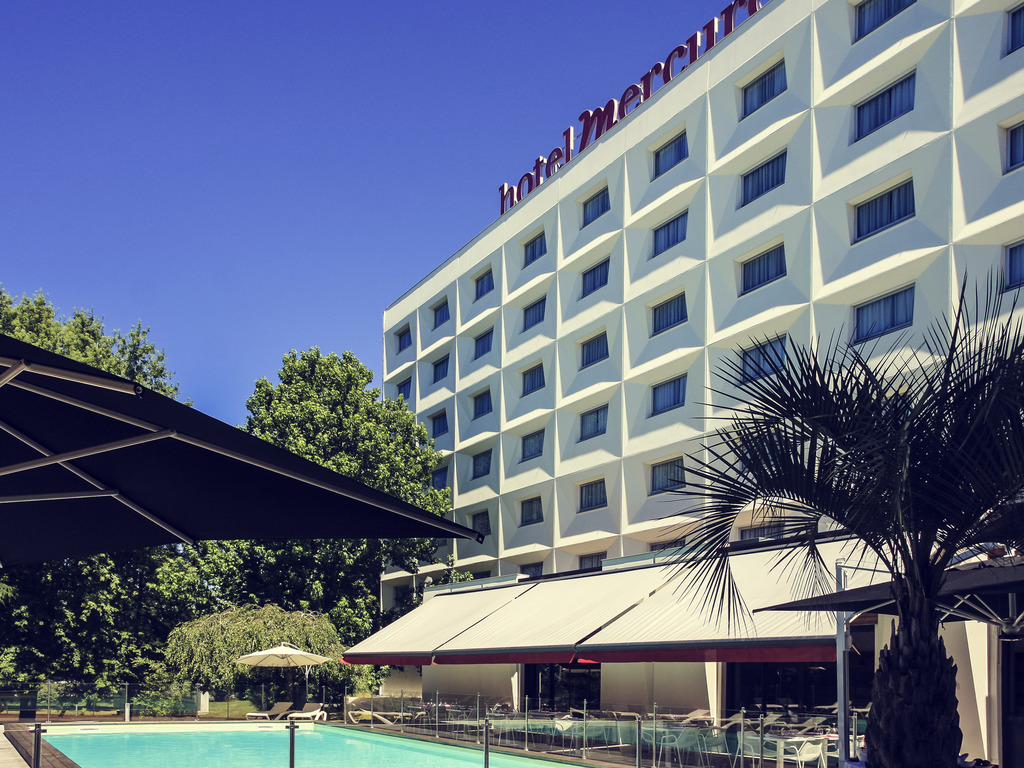