Split by the curves of the Bosphorus Strait, Istanbul bridges Asia and Europe, architecturally and culturally with layers of thousands of years of history as well as geographically… It can be overwhelming to decide how to best tap into the unique character of it!

Start your immersion into the city with the morning ritual of tea, bread and dishes full of soft cheeses, olives, cucumbers and tomatoes. Or cast your sights further afield and try a piping hot Simit from any number of street vendors throughout the city. The aroma of the molasses dipped bread covered in sesame seeds is so enticing that it's no wonder so many Istanbulites grab one on the way to work.

10.00 - Immerse yourself in history at the Old City

With many of the most important cultural landmarks, including the Blue Mosque, Hagia Sophia and the Grand Bazaar, the Old City region serves as a base from which to explore the city's marvels. Star your day early to avoid queues.

Enjoy the cool interiors of the Grand Bazaar, one of the oldest and biggest closed bazaars of the world, housing more than 3,000 shops and attracting half a million visitors each day. Spend a leisurely afternoon exploring the bazaar and the Spice Market, sitting in one of the cafés and watching the crowds pass by, and bargain carpets, pottery, jewelry and such while inhaling the historic atmosphere…

After a tiring walk in the mazes of the Grand Bazaar, it is now time to head out for a sea voyage. There is no better way to experience the grandeur of Istanbul than watch it from the Bosphorus Strait that divides it. Sail between the European and Asian continents on a regular ferry with the sea air in your hair as you float past some of the city's most storied sites. From Topkapi Palace to the Bosphorus Bridge, take in the views.

Time to enjoy a drink on the shores of the Bosphorus... Visit İstanbul Modern in the trendy Karaköy neighborhood to see Turkish art collection and then chill out in its amazing terrace overlooking the sea.

17.00 - Rejuvenate in the Turkish hammam

After a busy day, turn your attention to rejuvenation. A visit to Istanbul isn't complete without a stop at a “hammam” or Turkish bath. Many of the traditional ones are housed in ancient buildings with intricate marble arches giving the peaceful, cavernous rooms a mysterious quality. The Kiliç Ali Paşa hammam in Karaköy is a popular destination for both locals and visitors whereas for utter convenience and a serene setting, the Willow Stream Spa at Fairmont Quasar Istanbul creates an oasis of calm for guests.

Turkish food is best known for its rich variety of “mezze”s - appetizers - and kebabs. Locals complete these mouth-watering appetizers with seafood, fish and the local anise drink called “raki”. To truly enjoy the evening like a local, choose one of the many mezze restaurants in the city for dinner.

Our Hotels in Istanbul 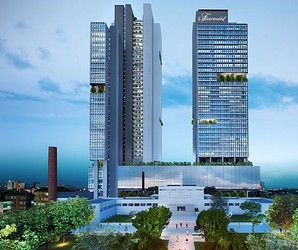 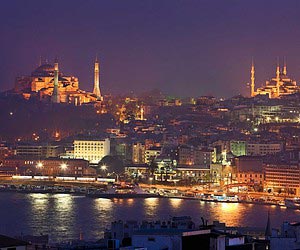 Take part in a Candomblé ceremony