Tamachi is a dynamic, developing area that still retains charming vestiges of old Edo, the name of Tokyo during the Edo period, 1603-1867. We will take you to historical sites with stories to tell, through a traditional Japanese garden that changes with the seasons, and down a canal to view the town by boat.

If Tokyo has a symbol, it is Tokyo Tower. Its iconic nighttime illumination and ongoing events make it a popular attraction for all ages. Just 20 minutes on foot from Pullman Tokyo Tamachi, Tokyo Tower is worth the walk.

First stop is the observation deck. At 250 meters elevation, enjoy the breathtaking view of Tokyo. For the kids, check out the popular One Piece animation attraction at the aquarium titled ‘Tokyo One Piece Tower’.

Known historically as the temple of the Tokugawa family, rulers of Japan during the Edo period (1603-1867), it stands in the shadow of Tokyo Tower, a contrast of old and new that captures the essence of Tokyo. Zojoji temple is located on the premises of Shiba Koen, one of Japan’s oldest public parks. If you enjoy seasonal flower viewing, it’s a delightful escape from the hustle and bustle of the city.

Between Shiba Park and the Pullman Hotel is Tokyo Bay Brewery, Minato district’s only saké brewery. Established in 1812, it closed its doors for many years, reopening in 2011. In 2016 it began brewing and selling saké. The shop doesn’t offer tours of the brewery, but has a tasting car where you can sample spirits brewed at the facility.

Three minutes from Tamachi station’s Mita exit is Dai-Ichi Keihin street, close to the former location of Satsuma Domain. A monument commemorates negotiations between Saigo Takamori (leader of Japan’s Imperial forces) and Katsu Kaishu (chief negotiator for the Tokugawa shogunate) that culminated in the peaceful capitulation of the Edo shogunate.

Past the shopping area is Keio University’s Mita campus. Beyond the entrance on the west side of campus is a sloping street called Tsuna-zaka. Here you’ll find an historical landmark where the dwelling of famous feudal lords once stood (Hizen Shimabara domain).

If you made it this far, Sengakuji is worth a look, just 20 minutes away. An ancient temple affiliated with the Tokugawa clan, it’s also the burial place of the legendary Forty-Seven Samurai.

You can catch a water taxi about 3 to 4 minutes to the southwest of Pullman Tokyo Tamachi. This is a great way to tour Tokyo from a different vantage point.

Waterbuses to Odaiba and Asakusa are available from both Hinodé Pier or Hama Rikyu Garden Park.

First, a stroll through Hama Rikyu garden. The personality of the park changes with the tides. Whether you encounter a saltwater tide pool or 300-year-old pine tree, this waterside attraction is a must-see.

Before heading to Odaiba, stop at a café to enjoy some traditional Japanese confectionaries and a cup of matcha green tea.

Are you ready to explore Tokyo Tamachi like a local? 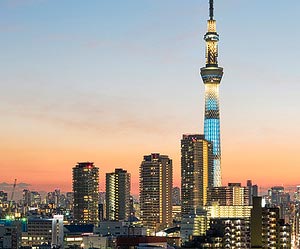