Hi, this is Richard Bohn. I am a graphic designer and photographer living in Munich, Bavaria, Germany. I just moved here several months ago and am slowly discovering my surroundings. I started sharing city captures on Instagram over 4 years ago where cute and tawdry old town parts truly became my passion. I love to bring out hidden details and beauty in the ordinary, often without any people in the photo because I think this focuses on the spot itself. As I’m new to the city I wanted to share a more touristy view of Munich. Hope you enjoy.

Townhall Tower
0:00
I decided to start my day on top of the Townhall Tower. When it comes to new cities I am going to visit and explore, searching for a higher vantage point is always the first thing I do.
I like getting an overview of the city and seeing all those tiny people from up there. In Munich, two towers offer a wonderful view over the city center, the old town around the townhall and the main market "Marienplatz“.
Nymphenburg Palace
0:00
Well.. couldn’t be more touristy I guess. Same as the Marienplatz in the city center. One of those places every visitor will see.
What I like most about this place is the whole park area around it with all its tiny hidden pavilions and visual angles.
It would’ve been nice to see this place empty but tourist buses stop here every 15 minutes to drop off a new bunch of visitors.
Haidhausen
0:00
Probably my favourite part of Munich so far. It’s located on the other side of Isar river and full of interesting and cute old town houses and shops, with a lot of greenery.
While strolling around it’s not like being in a big, loud and hectic city.
Everything slows down here and when the weather is fine everybody is sitting outside enjoying some after work drinks and having a chat.
Olympic Park
0:00

My office is right in the heart of the Olympic Park which was built for the Olympic Games back in 1972. I've been working here for almost six months now and I’ve never made it up to Olympic Hill. We mostly have lunch at the restaurant right next to Olympic Lake so we can see it and I've promised myself I'll go up there soon!

Nymphenburg canal
0:00
Another spot along my daily commute I've never stopped before is the Nymphenburg canal which leads to Nymphenburg Palace. Capturing symmetry and angles in parks or open spaces within a city is one of my favourite things to photograph as it brings everything in order naturally. At the end of the canal is a place called "Hubertusbrunnen", which is a tiny little fountain. People watch the sunset from its steps every evening enjoying the view down the canal.
Westfriedhof Subway Station
0:00
As most of my family members live in or next to Berlin I’m used to public transport, especially subway stations. I can’t say why but these metro stations with all their unique tiles and patterns always hold something special for me. So besides exploring cities on foot or by bike I like to cruise around on the subway. This station is far from the city centre, but it's definitely one of the nicest. I like its wide space and the huge lamps. Fun fact: when it rains outside, water runs down the walls - it's like being inside a cave. 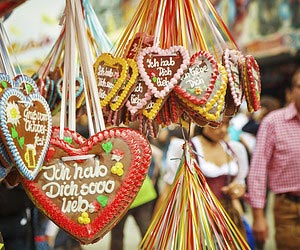 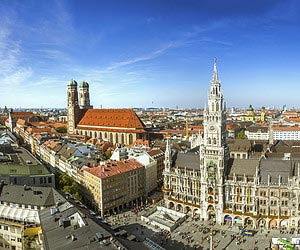 5 ways to minimise costs on your next holiday

The top 10 unusual places to visit in Paris

The top 10 unusual places to visit in Sydney

Tips For Dealing With Jet Lag