Savour the best of Asian cuisine and Western favourites at our 96 seater Food Exchange restaurant. Friendly staff at this chic All Day Dining venue serves meals that excite the palate. It is located on level 1 and offers street views.

The experience was very premium for a very affordable cost. Everything was clean, comfy and aesthetic. I love this hotel. Will definitely book again on my next visit.I will also recommend this to my friends.

Dear Frank Kenneth D Thank you for your amazing review in TripAdvisor. We greatly appreciate your kind words. We are very happy to hear that you have enjoyed such a quality time and liked the warm hospitality from our team. It was pleasant to hear your special compliments for the cleanliness and was worth to spend your money on the stay. Every guest is special for us and it is our aim to provide homely experiences for everyone. Your recommendation will be great for us to welcome more guests and continue to create more moments like this in future. See you soon Sincerely, Vikrant Chauhan Executive Assistant Manager

This is a great hotel right in the middle of Nana Plaza! The rooms are large and clean with modern decor. The staff are excellent and friendly. The hotel is in the middle of the action, so if you’re looking for a quiet, family style location, I wouldn’t recommend - but you already knew that 😉 Big shout to Bikram the general manager + staff for taking care of me! I’ll be back

Dear Tim P Thank you for your Excellent rating on TripAdvisor. It was a pleasure hosting to you on this occasion and pleased to know that you had a great experience in terms of comfort and cozy atmosphere in room. Indeed, our team members are ambassadors to deliver the best service experience and I am delighted to read such beautiful compliments for them. Thank you for the special mention and looking forward to welcoming you back at your second home in near future. See you soon Sincerely, Vikrant Chauhan Executive Assistant Manager

This Hotel Has No Suites, but Good Food Offerings 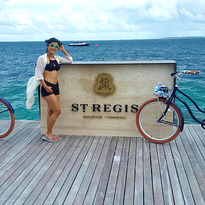 Novotel Bangkok Sukhumvit 4 was the final of the recent string of Accor hotels I tried in Bangkok during the last few weeks. After a pleasant stay, my conclusion was that Novotel 4 is the best fit for people who do not care much about extra space and therefore do not need a suite upgrade, but who value the food offerings at happy hour and breakfast more than the room itself. This hotel does not have suites so I did not expect a suite upgrade as Accor Diamond. Nonetheless at check-in I received a +1 upgrade to a Grand Deluxe room which is a bit larger (33 sqm) than the entry level room (28 sqm) so at least the upgrade was more than simply a view or higher floor. That said, I would note the value of this modest upgrade is probably more significant for Accor Gold members rather than Platinum and Diamond because Gold guests would probably not get a suite anyway at other hotels. The room was ok although I was not a big fan of the unusual set up where the sink was overlooking the bedroom and the mirror was on the side rather than in front. It was possible to somewhat close the bathroom with sliding panels on each side of the sink, but the area under the sink remained open nonetheless so I felt this room was good if travelling solo but I would be less enthusiastic as a couple. The air conditioning worked well and the bed was comfortable so I could have a good night of sleep. After I settled in the room I received a call to ask me if everything was ok with the room. This was a nice touch, normally I do not expect a Novotel or other midscale hotel to do so, only hotels considered premium or above call in the room - sometimes. The welcome drink list was quite extensive including cocktails and spirits, in fact they made a distinction between Gold drinks and Platinum/Diamond drinks which I thought was a nice feature especially since they are not able to give different upgrades to Diamonds than Golds. The hotel does not have a lounge, however as an alternative they had an a la carte menu with a few options for Platinum+Diamond guests. I was quite impressed with the Pad Thai with shrimps that I ordered, having such a menu with a main course prepared straight out of the kitchen was far superior than “lounge food” found at most hotels. Consequently I thought it was nice for this Novotel to distinguish itself rather than be a “me too” copycat. Breakfast was NOT shared with the adjoining Ibis Styles which I thought was a plus as a Novotel guest. In fact it was probably the best breakfast for the Novotel/Mercure level that I have tried in Bangkok in the past. There was an Asian corner, an Indian corner, and even for people who don’t want such food, there was a pesto pasta dish and a carved chicken station with grilled vegetables which could please the more western tastes. For stays where I value suite upgrades I would not pick this hotel but otherwise I thought regarding food this hotel stood out from the crowd with the breakfast and happy hour menu. That means for some types of guests, this hotel will be a good fit and I can recommend it.

Dear Valued Member Thank you for telling us about your most recent visit at Novotel Bangkok Sukhumvit Soi 4. We are pleased to hear that you enjoyed the stay experiences thoroughly from the moment of arrival to the departure, as highlighted detailed descriptions of each service, which you used. At Novotel we honor our member's benefits and deliver the best service in our capacity of a mid scale brand and available facilities. Certainly we have alternative offers to accommodate our distinguish members when it comes to offering an upgrade to top room category available in the property and special menu offer to substitute the lounge offer. Our team is flexible to adjust and accept guest requests for anything in specific so you are most welcome to share your preference or ask for any assistance, it will be our pleasure to make it up to you upon each stay. We are truly delighted that you enjoyed everything during your stay. I will share your kind feedback with the team. Your review is very important for us and we will be waiting for your next visit to render the same service in future. Thank you once again and see you soon. Sincerely, Vikrant Chauhan Executive Assistant Manager Had a very pleasant stay at Novotel Sukhumvit 4. Tom at concierge is very polite, friendly and recommended us lots of good places for food. He also helped us to arrange taxi to the airport. We appreciate his professional service. Tom's attitude and service deserves a promotion! Also like that the room is veryyy clean and well prep for a good night stay by Jub Jang. And thank you Wim, Jeni, Prem from reception for their good service. Rooftop bar has a very good view of the city, the staff are very friendly and amusing too. All in all, its a very pleasant stay and I will return again in my next trip!

Dear Rapunzelc First of all I am really pleased to know that you planned another stay at Novotel Bangkok Sukhumvit Soi4 and thank you for taking out time for writing such a wonderful review on TripAdvisor. It was real pleasure reading about your memorable experience and great to learn that you fully enjoyed our facilities also the most importantly you were delighted by the service of our employees. Please be assured that all of them including Khun Tom will be recognized accordingly for this excellent work. Guest feedbacks are very important and encouraging for the staff, therefore I am sure this will be a great motivation for the team. Thank you for the wonderful endorsement and we will look forward to delight you with same experience in future. Sincerely Vikrant Chauhan Executive Assistant Manager 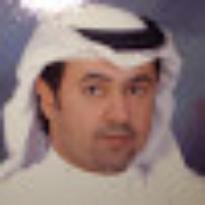 Its very clean and comfertable place near city center. The price compaire to other hotel is perfet for midle class people. I recomend it for bachelers men. Not good for famly and childern becouse the place has alote of bars and night clubs ...

Dear Khalid A We would like to thank you for sharing the great experience of your recent stay at Novotel Bangkok Sukhumvit 4.. Your valued feedback will help us improve our performance and attain our objective which is to thoroughly delight all our guests. And we would like to take this opportunity to thank you again for staying with us and look forward to welcoming you back again for a more pleasurable experience. With best regards, Vikrant Chauhan Executive Assistant Manager 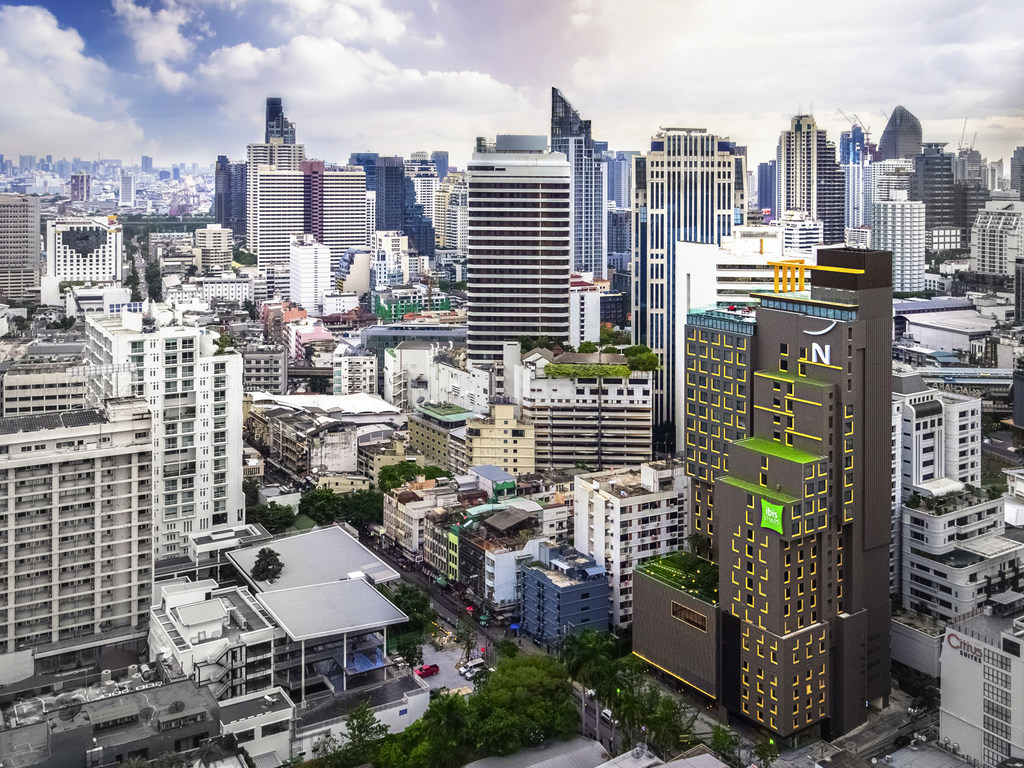 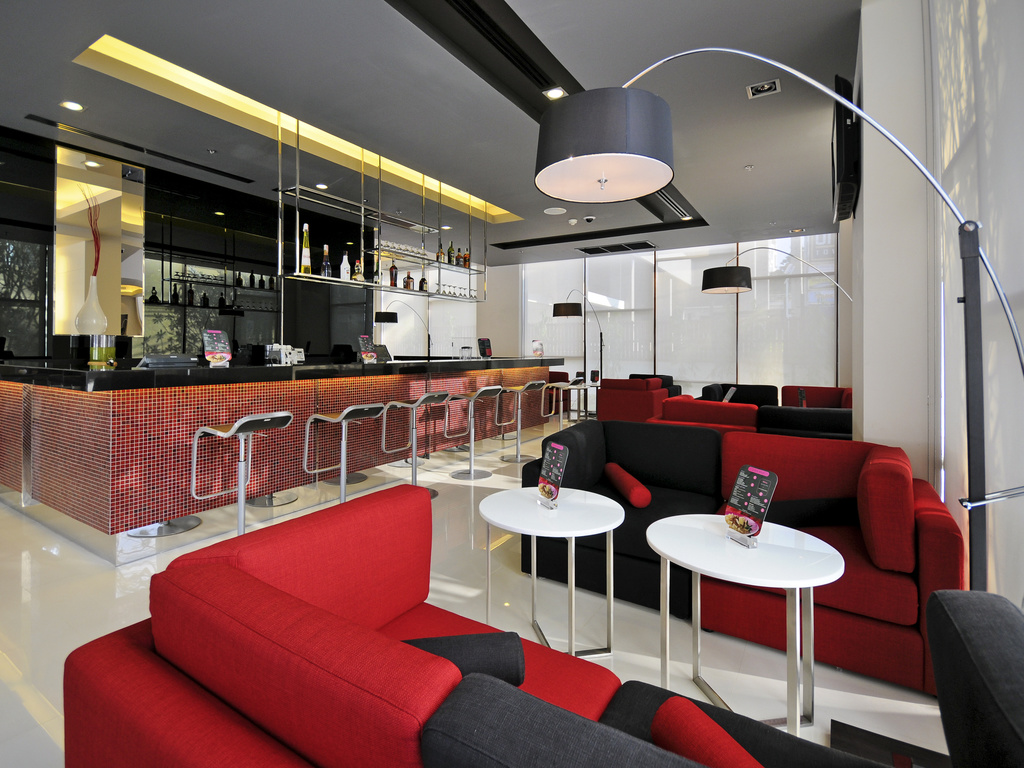 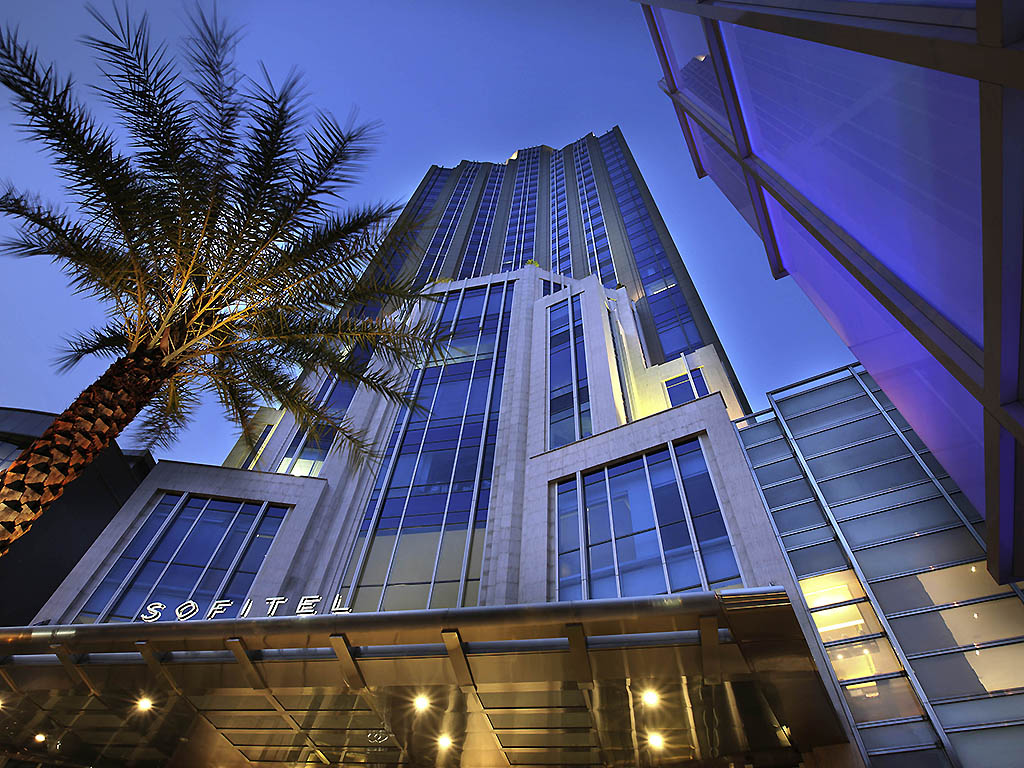 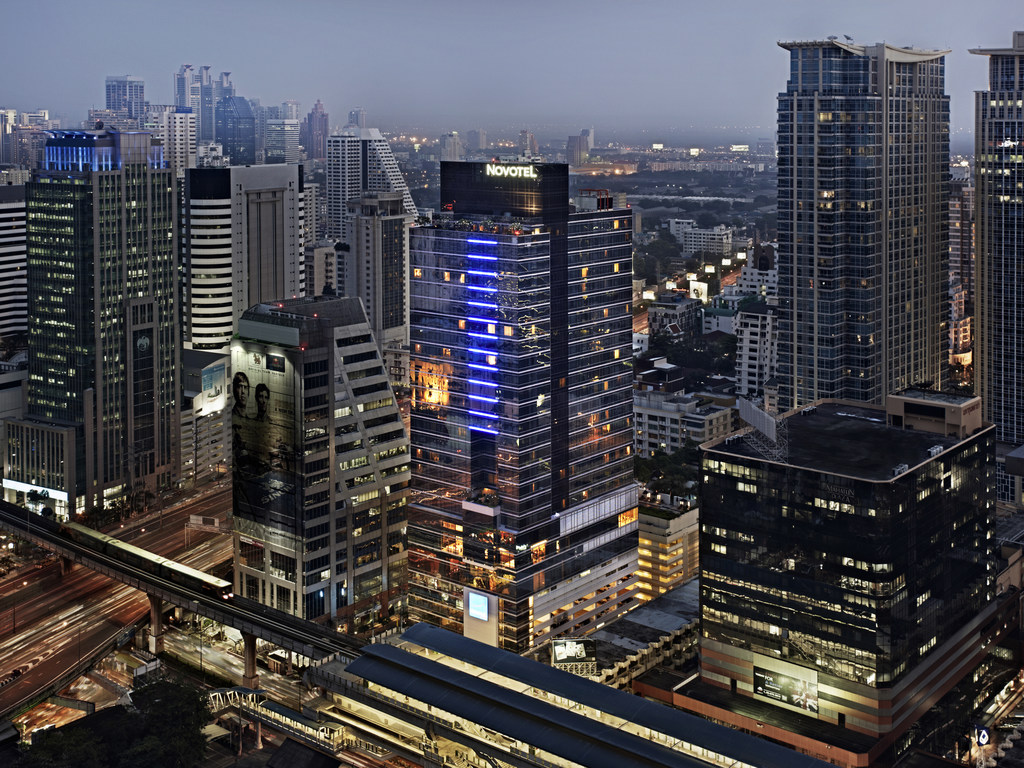